Fox News took a hit during inauguration week, with their primetime viewership down 25% compared to the same week in 2020, according to Nielsen.

The network got crushed in Inauguration Day ratings compared to its competitors, CNN and MSNBC, falling 77% from 2017. While President Joe Biden’s inauguration drew a little over a million more viewers than former President Donald Trump’s did, Fox News walloped CNN and MSNBC on the day four years ago.

During the same week last year, Fox News saw its highest ratings in more than two years, and set a record for total viewership in the first quarter of 2020, according to Nielsen.

One dynamic at play is which party happens to find itself in the ascendancy.

Part of what explains this is the partisan breakdown of CNN and MSNBC’s viewers, who skew more to the left than those of other news channels. Fox News, meanwhile, maintains a heavily conservative audience, according to Pew Research. 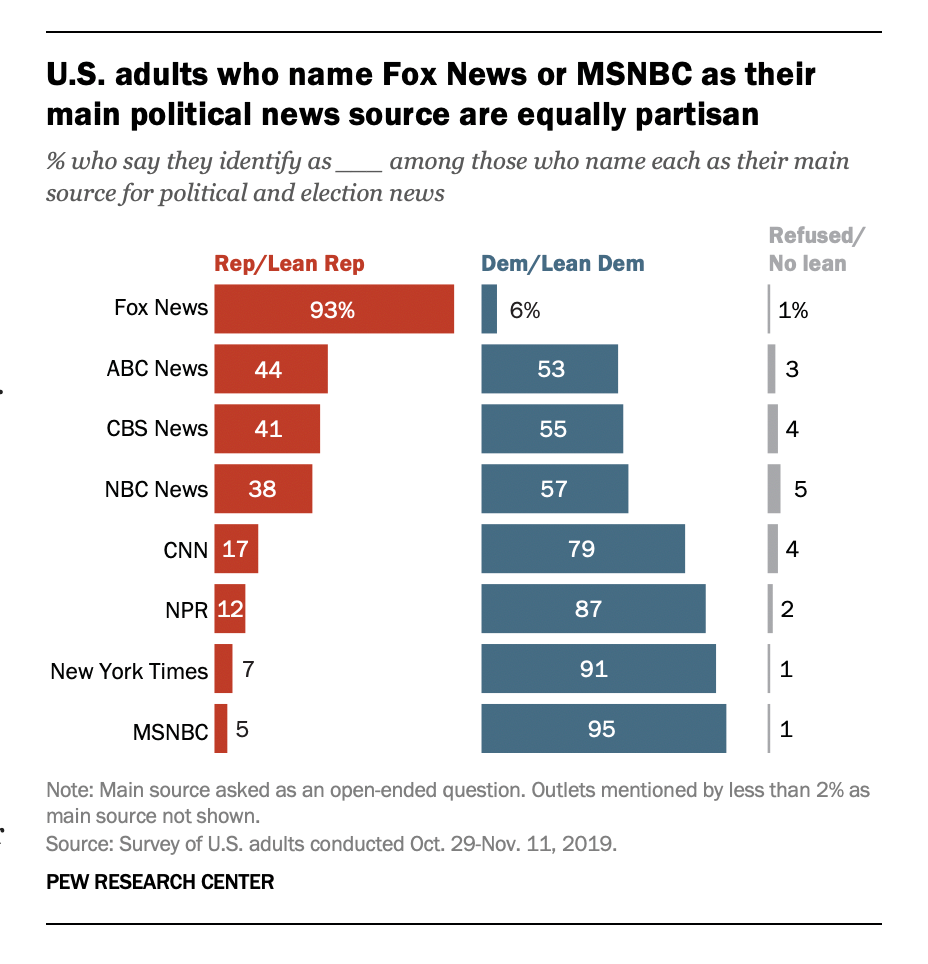 With Trump out of office and the Biden administration rolling out new executive orders and other initiatives on weekdays, viewers have gravitated toward CNN and MSNBC for live coverage.

The Fox News primetime lineup of opinion hosts Tucker Carlson, Sean Hannity, and Laura Ingraham is still performing on the high end of the ratings, though Ingraham lost out to MSNBC’s Lawrence O’Donnell last Friday, according to Nielsen.

Since Jan. 2020, Fox News has kept its streak as the most watched cable channel â€” news and otherwise â€” for the fifth year in a row, setting multiple ratings records throughout the year. They averaged 3.6 million viewers in primetime, a level that only Rachel Maddow of MSNBC has been able to consistently compete with.

Subsequently, Fox News shook up its daytime lineup earlier this month in addition to moving news anchor Martha MacCallum’s show from 7 p.m. to 3 p.m. The latter move involved replacing news programming in that hour with a to be named opinion host, as a rotating cast of Fox opinion personalities rotating week to week in the meantime.

That time slot used to belong to Shepard Smith, who has since moved on to CNBC. He blasted Fox News in a recent interview, and said one of his biggest hesitancies about quitting the network earlier centered around a fear that a news show like his would be replaced with more opinion.