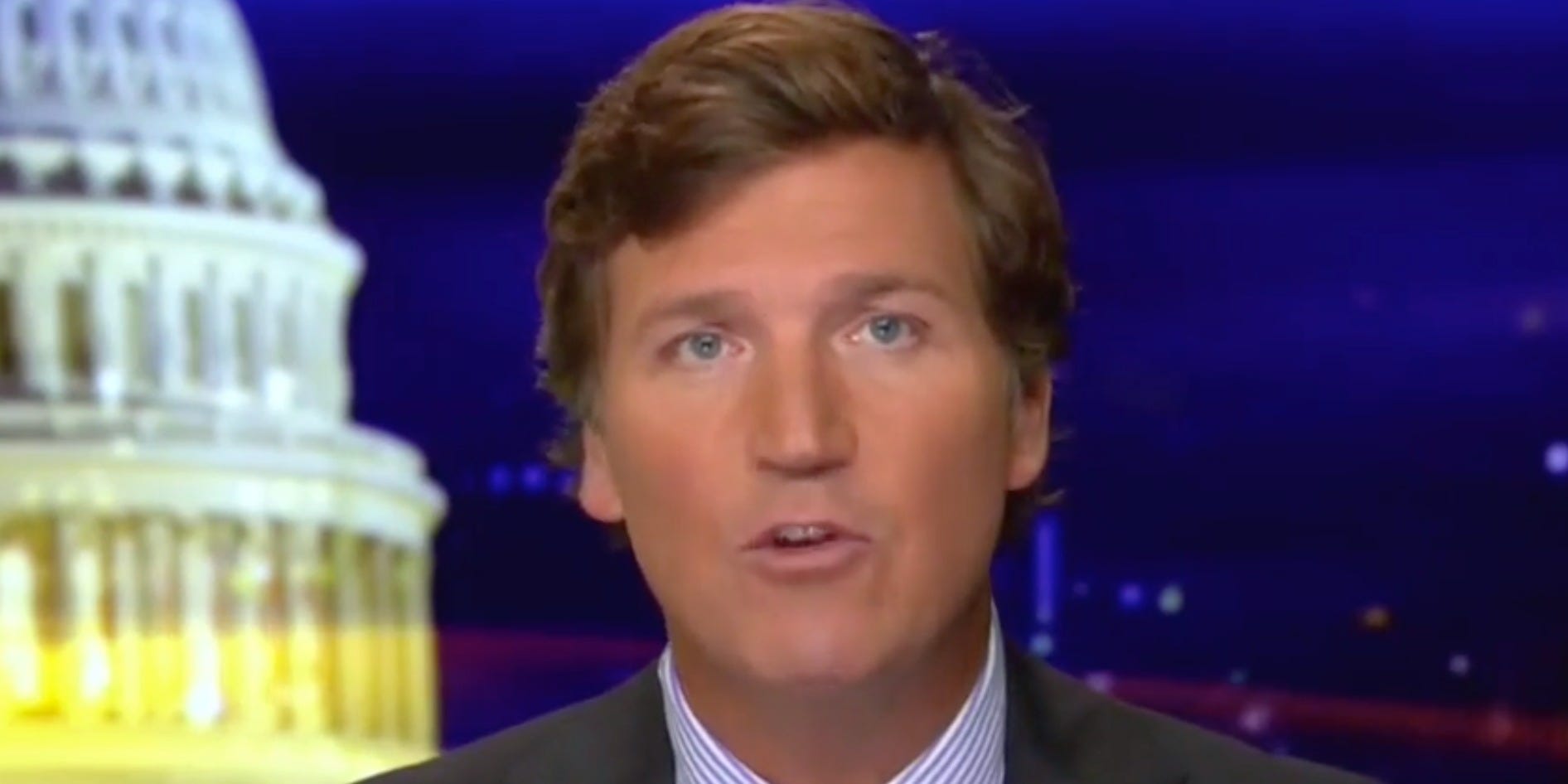 A federal judge on Thursday dismissed a lawsuit against Fox News after lawyers for the network argued that no “reasonable viewer” takes the primetime host Tucker Carlson seriously, a new court filing said.

The case was brought by the former Playboy model Karen McDougal, who said Carlson defamed her on his show, “Tucker Carlson Tonight,” by saying she extorted President Donald Trump “out of approximately $US150,000 in exchange for her silence about an alleged affair,” the filing said.

Fox News asked the judge to toss out McDougal’s case by arguing that “Carlson’s statements were not statements of fact and that she failed adequately to allege actual malice.”

McDougal said two of Carlson’s statements during the episode on December 10, 2018, were defamatory:

But Fox News argued that Carlson “cannot be understood to have been stating facts, but instead that he was delivering an opinion using hyperbole for effect,” the ruling said.

It added that Fox News “submits that the use of that word or an accusation of extortion, absent more, is simply ‘loose, figurative, or hyperbolic language’ that does not give rise to a defamation claim.”

US District Judge Mary Kay Vyskocil agreed with Fox’s premise, adding that the network “persuasively argues” that “given Mr. Carlson’s reputation, any reasonable viewer ‘arrive[s] with an appropriate amount of scepticism’ about the statements he makes.”

“This ‘general tenor’ of the show should then inform a viewer that he is not ‘stating actual facts’ about the topics he discusses and is instead engaging in ‘exaggeration’ and ‘non-literal commentary,'” the ruling said.

McDougal made headlines in 2018 when it surfaced that Michael Cohen, Trump’s longtime lawyer and fixer, had arranged for American Media Inc., the owner of the tabloid the National Enquirer, to pay her $US150,000 for her story that she had an affair with Trump in 2006. AMI purchased but never published McDougal’s story to shield Trump in the weeks before the 2016 election, a practice known as “catch and kill.”

Carlson has made several racist and controversial statements during his tenure as one of Fox News’ primetime stars.

Last year, after a mass shooting in El Paso, Texas, in which the suspect wrote a manifesto about a “Hispanic invasion of Texas,” Carlson argued that white supremacy was a “hoax” and “not a real problem.”

In December 2018, Carlson claimed that immigrants would make the US “poorer and dirtier.” Nearly three dozen advertisers then cut ties with Carlson’s show.

Three months later, the host again found himself in hot water when tapes surfaced featuring him describing women as “primitive” and saying they “just need to be quiet,” comparing them to dogs, and defending the convicted pedophile Warren Jeffs. Carlson refused to apologise and invited those who disagreed with him to appear on his show.

In June, as protests erupted across the US following the police killing of George Floyd, the host said the demonstrations were “definitely not about Black lives” and told viewers to “remember that when they come for you.”

Carlson saw another exodus of advertisers following his remarks about the protests.

“Karen McDougal’s lawsuit attempted to silence spirited opinion commentary on matters of public concern,” Fox News Media said in a statement after Thursday’s ruling. “The court today held that the First Amendment plainly prohibits such efforts to stifle free speech. The decision is a victory not just for FOX News Media, but for all defenders of the First Amendment.”