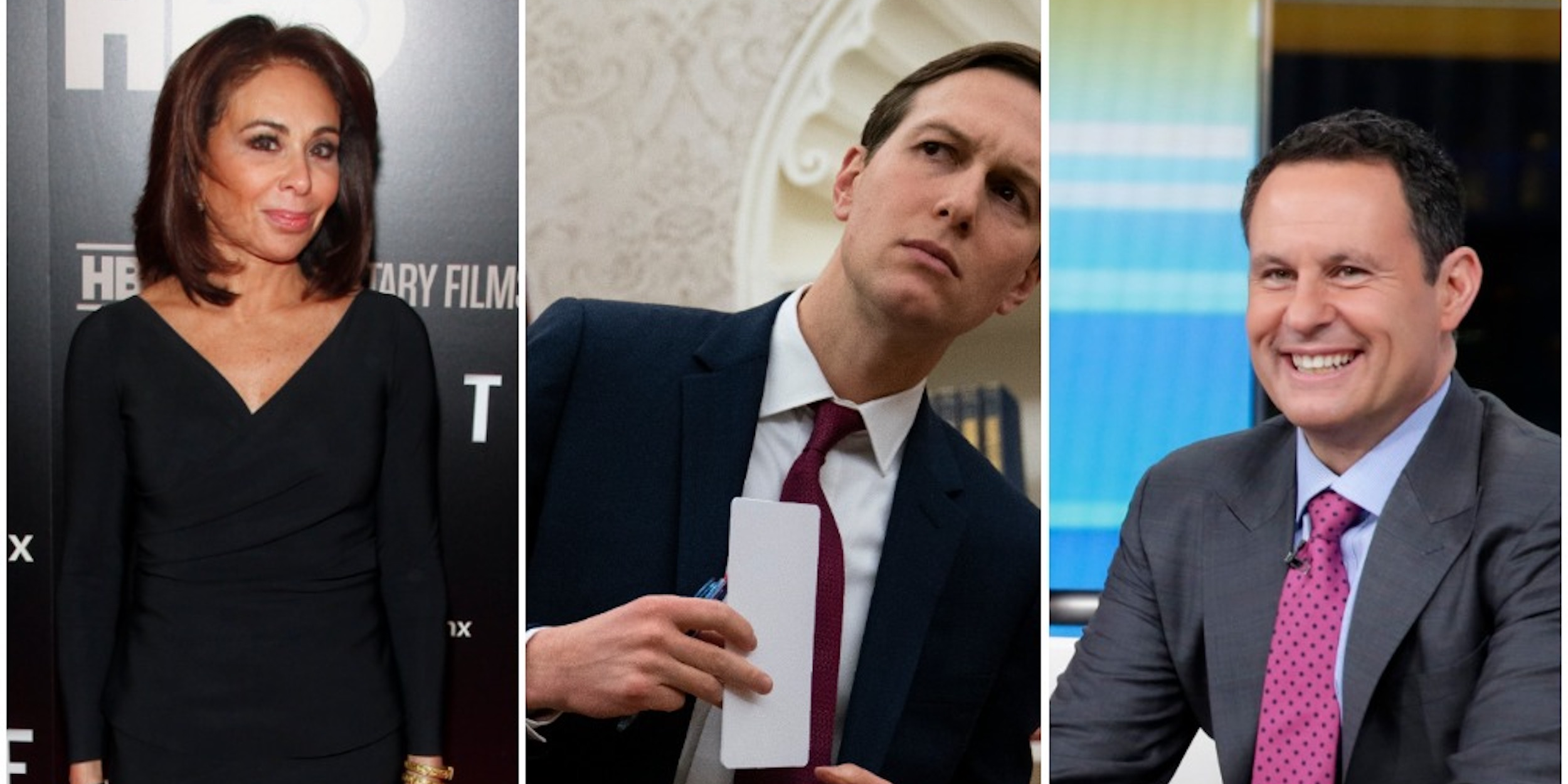 AP PhotoJeanine Pirro and Brian Kilmeade claim they did not know their queries were being prioritised.

Fox News hosts saw their PPE queries fast tracked by Jared Kushner’s team of volunteers tasked with securing the equipment for hospitals nationwide, according to a Washington Post report on a complaint filed by one of the volunteers.

President Trump’s senior advisor and son-in-law reportedly oversaw the team filled by consultants with no experience in health care or supply-chain procurement, according to The Post.

In a complaint filed by one of the volunteers to the House Oversight Committee, “VIPs” and Trump-friendly TV hosts are alleged to have gotten their tips on PPE fast tracked.

Fox News’ Jeanine Pirro and Brian Kilmeade were named by two sources familiar with their outreach to the Kushner team.

A Fox News spokeswoman told The Post that neither host was aware their queries were being prioritised.

The report is another blow to Kushner in his outsize role dealing with the pandemic.

Kushner’s loyalists have been mocked as the “Slim Suit Crowd” and a “frat party” by FEMA veterans.