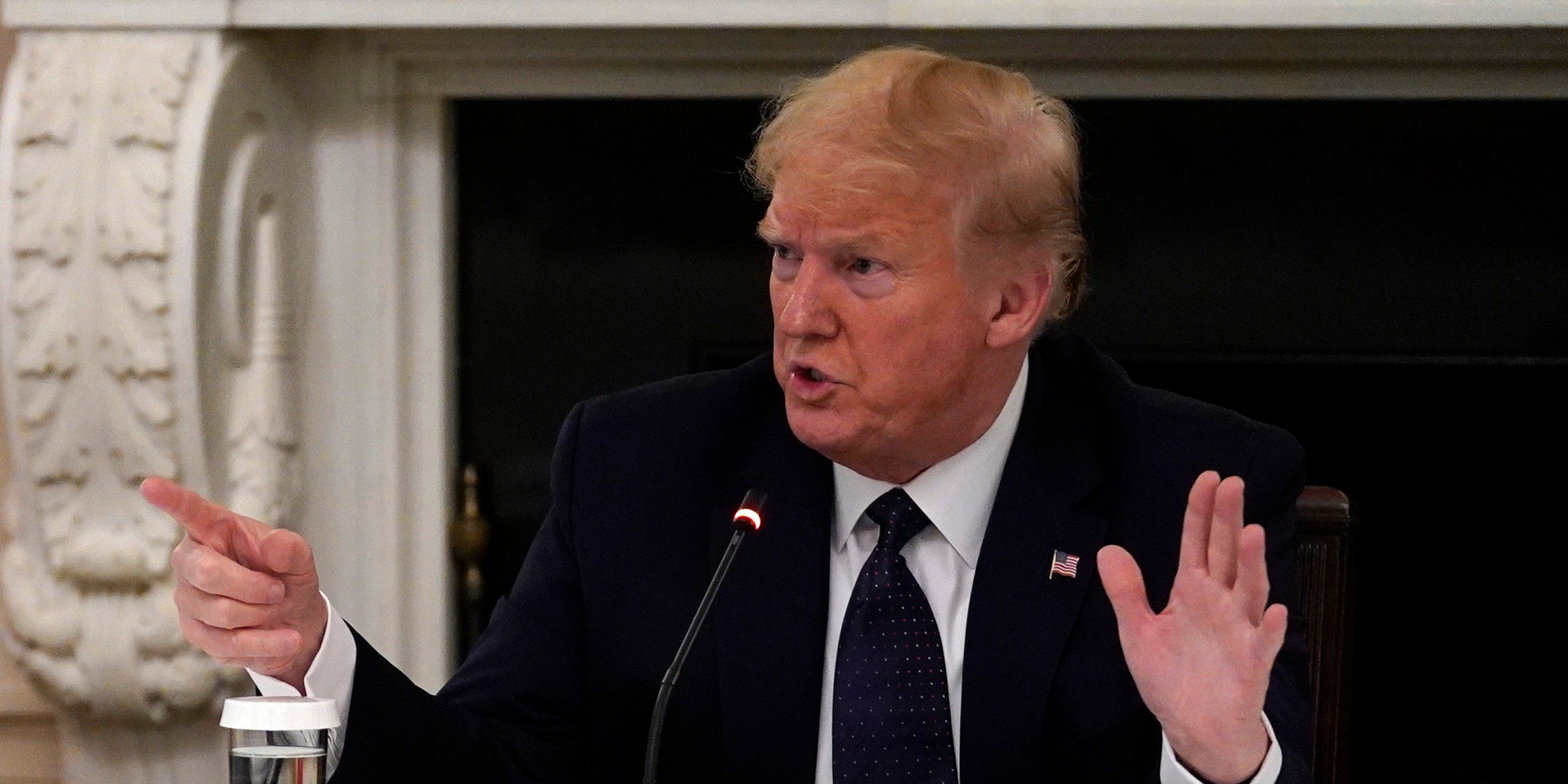 Associated PressPresident Donald Trump tells reporters that he is taking zinc and hydroxychloroquine during a meeting with restaurant industry executives about the coronavirus response, in the State Dining Room of the White House, Monday, May 18, 2020, in Washington. (AP Photo/Evan Vucci)

He also wants the White House physician to explain what's changed since studies have shown no benefits. pic.twitter.com/QAxYVTM1kG

Trump announced on Monday that he has been taking the drug for 10 days.

“I take it,” Trump said. “I would have told you that three, four days ago, but we never had a chance because you never asked me the question.”

Dr. Manny Alvarez questioned why the president was now taking the medication as a coronavirus prevention method. Medical experts have said it is not proven to be an effective treatment for the coronavirus and could have potentially severe side effects.

“I found it highly irresponsible for the president to have come out and make that statement,” Alvarez said before calling on Trump’s physician who prescribed the medication to explain why he chose to do so.

“I would like the White House physician to come out tomorrow and explain to me what has changed in a week and a half or two weeks for the president to take this medication when all the data that has been coming out very repetitively has shown that there’s really not a major benefit,” Alvarez said. “In most hospitals including mine, we’re not using chloroquine in the treatment of COVID patients at the present time, and we have one of the largest populations of COVID admissions in our medical centre.”

In a memo, the White House physician said after talking over the benefits and risks of the drugs with Trump, they ultimately “concluded the potential benefit from treatment outweighed the relative risks,” Business Insider reported.

“Had this been five or six weeks ago, when all these rumours about Plaquenil or hydroxychloroquine were available, I can see how the president might have said ok ‘I’m gonna take it because it seems there’s some anecdotal evidence,’ but in a week and a half, what has changed?” Alvarez said.

Business Insider previously reported that studies have shown that hydroxychloroquine has not been proven effective for treating COVID-19.

Two observational studies, published in the New England Journal of Medicine and the Journal of the American Medical Association, found that from thousands of hospitalized coronavirus patients, those who got the drug did not do any better or worse than those who didn’t get it.

The JAMA study also found that those who received hydroxychloroquine combined with the antibiotic azithromycin had a higher rate of cardiac arrest.

Additionally, Business Insider also reported that while some initial studies saw promising results from the drug, experts warned that those studies were “limited by their low quality, often enrolling tiny groups of patients or lacking a control group to compare the results against.”

While hydroxychloroquine is an approved drug by the Food and Drug Administration, its approved uses are to treat malaria along with lupus and arthritis. It has been granted “emergency use authorization to be used in a hospital setting” for COVID-19 patients.

The FDA warns against using hydroxychloroquine “outside of the hospital setting or a clinical trial due to risk of heart rhythm problems,” which can cause other issues including death.