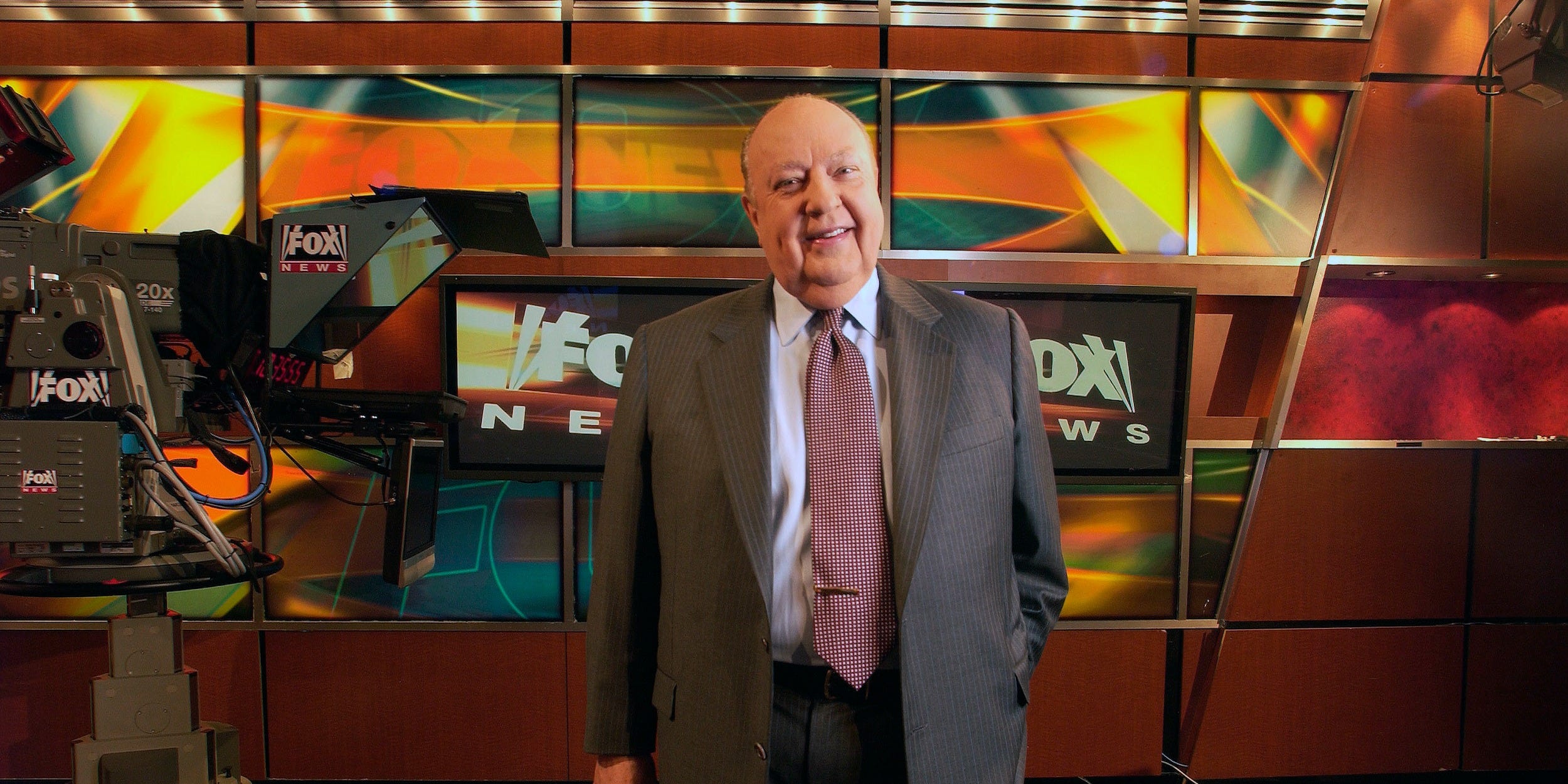 In millions of American homes, including the White House residence, Fox News plays a crucial role in framing and explaining the COVID-19 pandemic.

Even people who don’t watch the channel are confronted by the consequences of the programming. It’s such a force in American politics that its coronavirus coverage has already spawned a University of Chicago study, a lawsuit, and copious criticism throughout media.

The network’s most recent press release reported a “double digit increases versus the prior year across all key performance indicators” in the month of April, continuing its streak as the most-watched TV news channel for 18 years straight.

That record streak was started by the late Roger Ailes, the network’s founding CEO who was ousted over serial sexual harassment allegations in July 2016.

Ailes’ pioneering idea was to offer an alternative to what he described as an out of touch, centre-left, and coastal isolated mainstream media apparatus.

Since his death in 2017, the strategy Ailes set in motion can still be seen at Fox News, as much as President Trump may selectively disagree.

Following Trump’s admission that he has been taking the anti-malaria drug hydroxychloroquine as a prophylactic for COVID-19, the immediate cautionary reaction from Fox’s Neil Cavuto on the potential risks of the drug resulted in a nostalgic tweet from the president, longing for the days of Ailes at the helm.

With or without Ailes in the office, his playbook for the network’s success has applied to myriad domestic and global events.

Fox News hosts – particularly on the opinion side – focus on simple, repeated messaging with the backdrop of a recurring cast of nefariously depicted villains on the left and unsung heroes on the right who they argue don’t get a fair shake anywhere else.

The division between news and opinion is considered, on paper at least, to be analogous to a newspaper’s editorial section being walled off from the reporting staff. That distinction has continued into the Trump era, sometimes to the president’s dismay.

But now, the Ailes playbook of an alternative to the mainstream networks is being deployed amid a staggering level of death and suffering – and the president is tuning in for hours at a time.

The cavalier approach to the coronavirus demonstrated in early March by Fox’s major opinion hosts – principally Fox & Friends in the early morning and the primetime duo of Sean Hannity and Laura Ingraham, with news programming sandwiched in between – drew heavy scrutiny as the death toll, which is now approaching 100,000 in the United States, continued to grow.

Opinion host Tucker Carlson was an outlier, sounding the alarm on the virus relatively early on – even going so far as to travel down to Trump’s Mar-a-Lago Club in Florida on March 7 to warn the president of COVID-19’s severity.

Yet right after Carlson’s show, Sean Hannity was offering a dramatically different take during his highly viewed 9 p.m. program, describing the coronavirus as simply “a political weapon against the president” on March 9.

By the third week of March, the same opinion hosts who dismissed the coronavirus largely changed course and began covering the virus more responsibly – with hosts, at times, going to great lengths to show they were taking social distancing seriously – but some research showed the damage may have already been done.

The UChicago study – which is not peer reviewed yet – found that “greater viewership of ‘Hannity’ relative to ‘Tucker Carlson Tonight’ is strongly associated with a greater number of COVID-19 cases and deaths in the early stages of the pandemic,” while a Washington State-based lawsuit is raising a debate over First Amendment protections in relation to public health damages.

A Fox News spokesperson disputed the study, and pointed to recent public health stories on the network in addition to Hannity segments on the dangers of the virus in late January and early February, along with a Hannity interview with Dr. Anthony Fauci from Jan. 27.

“The selective cherry-picked clips of Sean Hannity’s coverage used in this study are not only reckless and irresponsible, but down right factually wrong,” the spokesperson said in a statement to Insider. “As this timeline proves, Hannity has covered Covid-19 since the early days of the story. The ‘study’ almost completely ignores his coverage and repeated, specific warnings and concerns from January 27-February 26 including an early interview with National Institute of Allergy and Infectious Diseases Director Dr. Anthony Fauci in January. This is a reckless disregard for the truth.”

President Trump’s tweets and daily messaging can often be easily traced to what he saw on Fox News. During his “executive time,” Trump reportedly binge watches as much as seven hours of TV – mostly Fox News, which he often live tweets – while making phone calls and preparing for the day.

“For decades, Trump had essentially been a cable-news channel in human form: loud, short of attention span, and addicted to conflict,” Poniewozik writes.

A New York Times TV critic, Poniewozik also describes Trump arriving at the White House as the point where “he and cable had achieved the singularity, a meshing of man and machine into a symbiotic consciousness, the perturbation of each amplifying the other.”

Jane Mayer of The New Yorker pursued a related line of inquiry, focusing on the symbiotic relationship between Fox News and the Trump White House.

“The question I had was, does Fox program the White House, or does Trump program Fox?” Mayer said of her reporting in a CNN appearance. 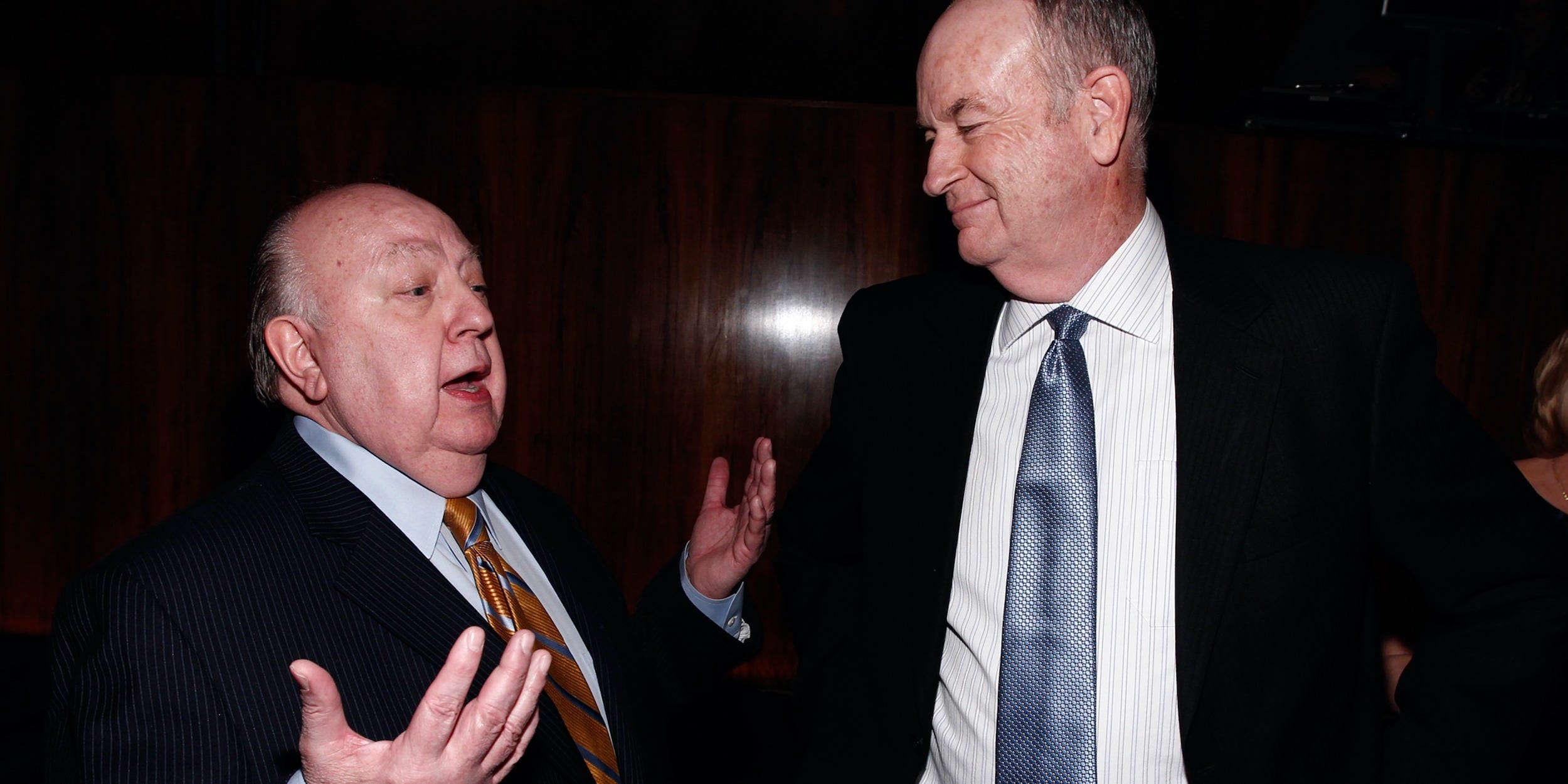 Roger Ailes had a prescient observation in a memo written during his time in the Nixon White House.

At only 30-years-old, Ailes predicted in 1970 that television networks would one day outweigh the nation’s major political parties in influence.

In his 318-page “Plan For Putting the GOP on TV News” memo, Ailes outlined how a concerted television strategy would be crucial to countering the “censorship” of what he described as liberal leaning mainstream outlets.

The memo’s cynical but pragmatic analysis draws an outline of not just what Ailes would eventually create at Fox, but how Americans would continue to consume information more broadly.

In another memo from former President George H.W. Bush’s archives, Ailes outlined how the president should dress in order to best sell the American public on the war and counter the narrative that the golf loving president was out of touch.

“Do a little more fishing and less golfing,” Ailes wrote.

The optics were not the only way Ailes sought to influence the public.

Once at Fox News during the second Bush administration, Ailes was privately coordinating with then-Vice President Dick Cheney and White House Advisor Karl Rove on how to get the public on board with the invasion of Iraq, consistently featuring images of Saddam Hussein to introduce Americans to a clear villain besides Osama Bin Laden, according to Gabriel Sherman’s “The Loudest Voice.”

During the 2008 campaign, Ailes insisted that on-air talent always refer to then-candidate Obama as “Barack Hussein Obama,” according to Sherman’s reporting.

And so it went right up until the end of Ailes’ tenure at Fox, with the channel creating real-time drama between supposed heartland heroes and coastal elite villains.

The presence of the late CEO can still be felt in the optics and messaging choices of the network during its daily depictions of the pandemic: Patriotic Americans take to the streets to fight back against the “tyranny” of Democratic governors and their stay-at-home orders. A Dallas woman is ‘unjustly jailed‘ for operating her hair salon during COVID-19 business closures.

But unlike the death toll in Iraq or other externalities that can be debated in their causal relationship to Fox, the coronavirus is uniquely dangerous for Fox’s older audience (cable news audiences in general skew older, according to Nielsen data).

With the network back at square one after its brief foray into taking social distancing seriously, the true extent of the programming’s consequences cannot be immediately known, and more studies like the UChicago one will need to stand up to scientific scrutiny.

After the brief shift to embracing social distancing following the March blowback to their coverage, Fox pivoted to scepticism over stay-at-home orders and began leading shows with segments on things like “Obamagate” and other subjects receiving minimal, if any, coverage on CNN and MSNBC.

A study from the left-leaning Media Matters for America found a 20% decrease in coronavirus coverage on Fox News from April 13 through May 11.

Pete Hegseth – a Fox weekend host who said “the more I learn about [the virus], the less there is to worry about” in early March – recently praised a small New Jersey lockdown protest as “responsible civil disobedience,” hyping a “showdown” with police on both the Fox & Friends opinion show and the news programming that morning.

Irrespective of news side hosts like Cavuto pushing back against the president, when it comes to the coronavirus and the Trump White House, Fox News is demonstrably deep in the bunker Roger Ailes dug out decades ago.