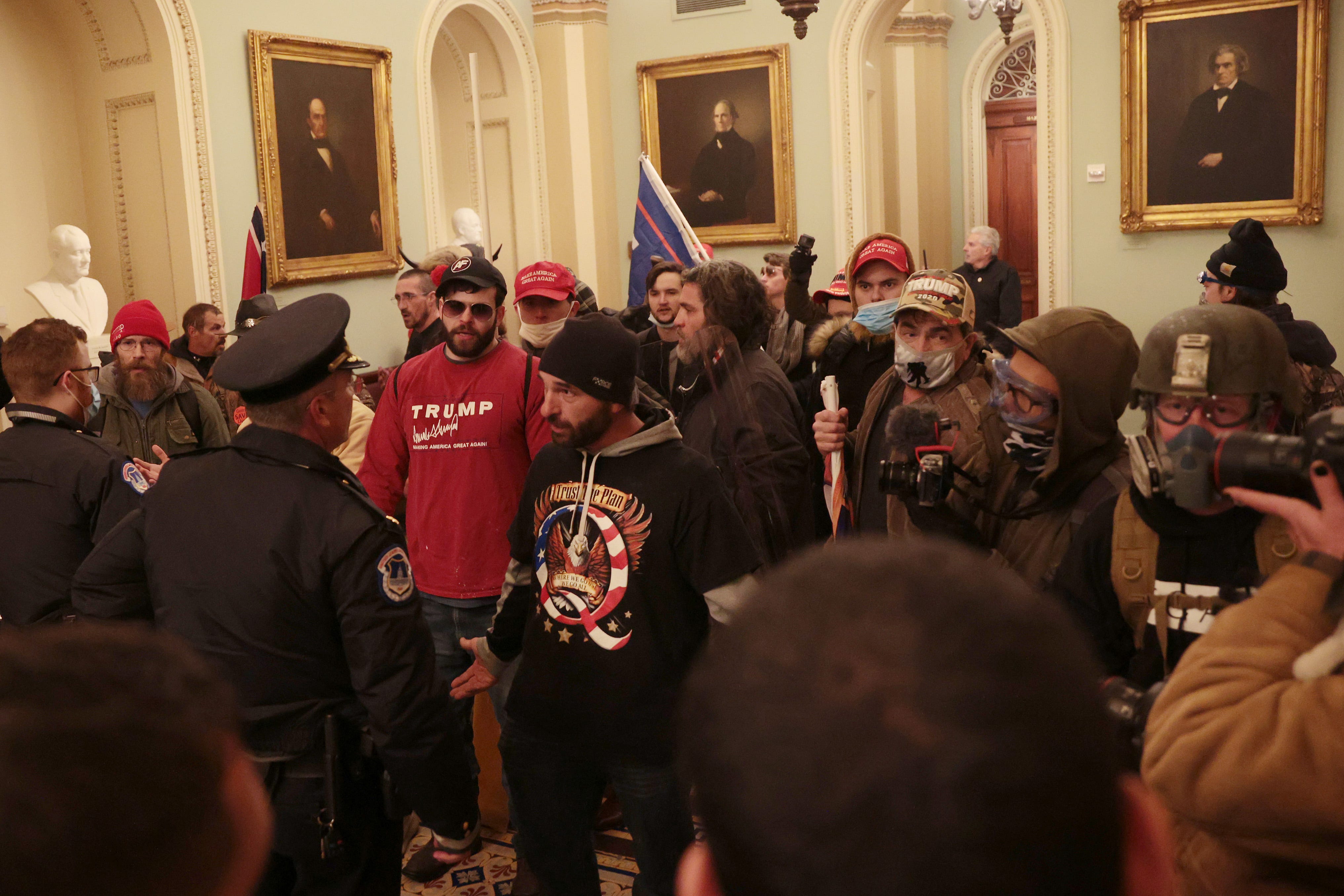 Win McNamee/Getty ImagesProtesters and police officers in the Capitol on Wednesday.

The Fox News anchor Martha MacCallum said that breaching police barricades and causing a lockdown at the US Capitol on Wednesday was “a huge victory” for pro-Trump protesters.

“They have disrupted the system in an enormous way,” MacCallum said.

Rioters halted the congressional debate on certifying the electoral vote count, and multiple law-enforcement officials were injured in the clashes.

“We are witnessing something that is just beyond our comprehension as Americans,” MacCallum added. “You know, one of the men on the street said this is the people’s house. And absolutely it is. But it is not a place where you can break windows and storm hallways and overwhelm police officers.”

She continued: “And I think it’s worth pointing out that, you know, the group of people who breached these walls are â€” that’s a crime. They have committed a crime, and they should be prosecuted for it.”

Thousands of supporters of President Donald Trump had gathered in Washington, DC, for a “March for Trump” demonstration before Congress met to certify the result of the election. The president has baselessly claimed for weeks that he won.

Videos captured protesters’ standoff with law-enforcement officials. Rioters rushed into the Capitol building, prompting an evacuation of lawmakers and reporters; others were asked to shelter in place.

#BREAKING: the #US #Capitol has been essentially taken over by demonstrators.

Demonstrators have stormed the entire #CapitolHill grounds, inside and outside.
pic.twitter.com/nq0BleNN27

Muriel Bowser, the mayor of Washington, DC, announced a citywide curfew from 6 p.m. until Thursday morning.

Trump, who spoke at the rally before Congress convened, eventually called for his supporters to “remain peaceful,” but officials called for a stronger denouncement of the rioters.

“No violence! Remember, WE are the Party of Law & Order â€” respect the law and our great men and woman in Blue,” Trump tweeted. “Thank you!”