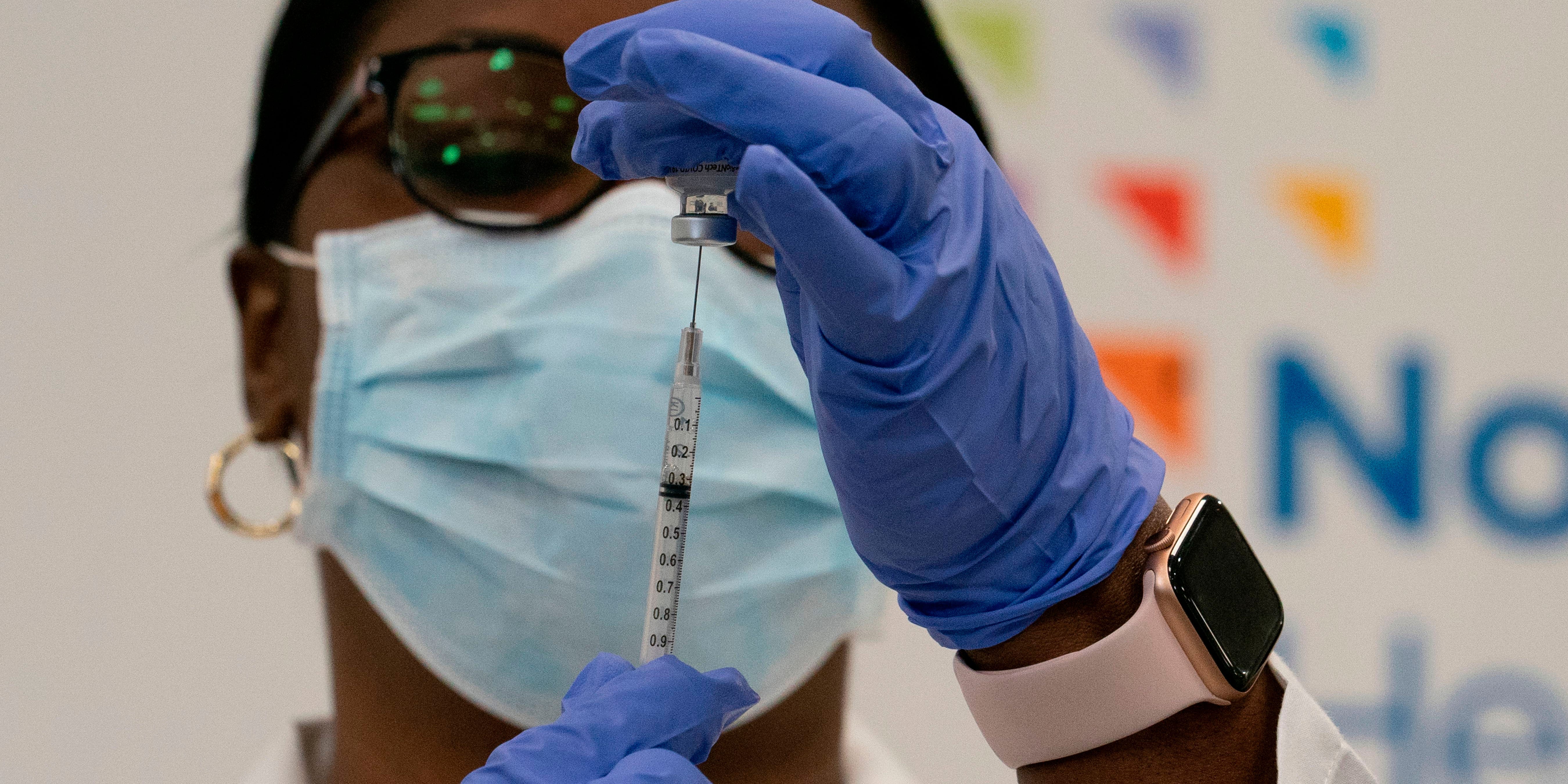 MARK LENNIHAN/POOL/AFP via Getty ImagesDr. Michelle Chester draws the Covid-19 vaccine into a syringe at Long Island Jewish Medical Center, on December 14, 2020 in the Queens borough of New York.

US pharmaceutical companies have developed the world’s most effective vaccines for the coronavirus, helping Americans get inoculated faster than people in most other countries. Now President Joe Biden is being urged not just to share the vaccines with the less fortunate, but to share the knowledge that would allow developing nations to manufacture the vaccines themselves.

In a letter on Wednesday, over 100 Nobel laureates and 75 former world leaders called on Biden to suspend vaccine patents, by way of a waiver at the World Trade Organization, calling it “a vital and necessary step to bringing an end to this pandemic.”

They added that this would “save lives and advance us towards global herd immunity.”

A waiver would allow WTO members to suspend the intellectual property rights currently enjoyed by the likes of Pfizer, Moderna, and Johnson & Johnson, enabling developing countries to produce vaccines and treatments without fear of reprisal. Last fall, South Africa and India submitted a proposal to the WTO seeking such a suspension “until widespread vaccination is in place globally.”

Resistance has been fierce, however. In March, the US, UK, and the European Union all voted to block such a waiver from being granted, arguing that they need to preserve an economic incentive for the development of new medical technologies.

Their opposition is shared by the private sector.

The US Chamber of Commerce called such proposals “misguided” and a “distraction” from efforts already underway to share vaccines with the developing world. The International Federation of Pharmaceutical Manufacturers & Associations likewise argued that a waiving of IP protections would be “counterproductive,” undermine confidence in a for-profit system that helped develop several highly effective vaccines.

But the charity group Médecins Sans Frontières (MSF), or Doctors Without Borders, has argued that mindset reeks of provincialism.

“Countries must stop obstructing and show the leadership required to deliver on the ‘global solidarity’ they have so often declared during the pandemic,” Dr. Christos Christous, the group’s president, said in a statement. “It’s time to champion access to medical tools for everyone, where they live.”

The World Health Organization (WHO) has already started shipping vaccines through its COVAX initiative, which aims to provide poorer countries with enough doses to cover 20% of their population. But the letter’s signatories described its impact as “limited, while welcome.”

They added that, at the current pace, “many nations will be left waiting until at least 2024 to achieve mass COVID-19 immunization.”