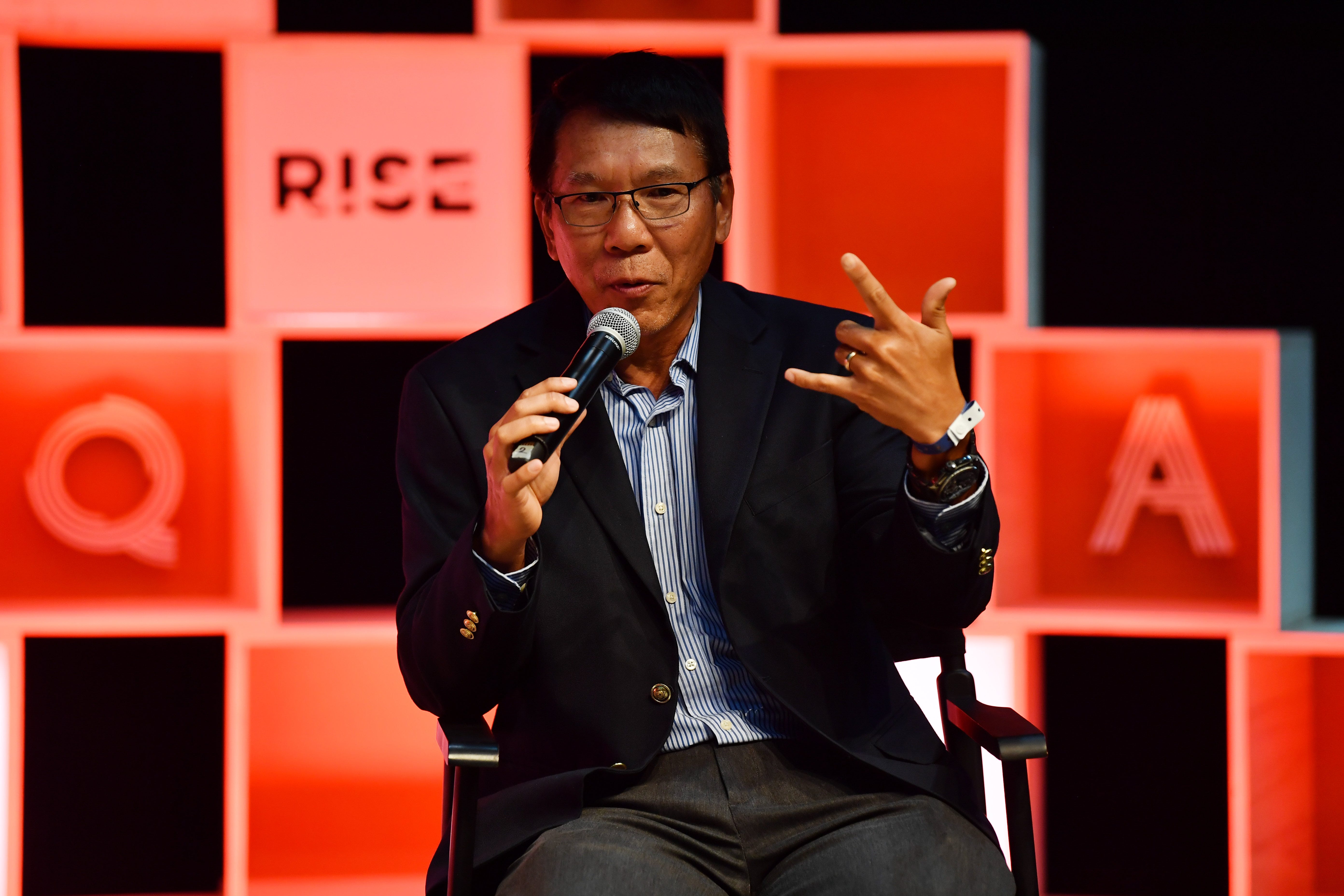 Stephen McCarthy/Sportsfile via Getty ImagesThuan Pham, CTO, Uber, on Q + A Stage during day one of RISE 2019 at the Hong Kong Convention and Exhibition Centre in Hong Kong.

Uber’s former top engineer, Thuan Pham, has given his first interview since resigning from the ride-hailing giant in May amid mass layoffs.

The former chief technology officer and previously the longest serving executive at the firm told Bloomberg News that he stayed on following the company’s scandals that resulted in founder Travis Kalanick’s departure in 2017 because he believed in the mission of Uber.

“The company is about more than just him,” Pham said of Kalanick, who’s been working on a “ghost kitchen” food-delivery competitor with his newfound Uber riches (among other investments). “It’s the blood and sweat of thousands of people. I didn’t want it to collapse like Enron.”

Still, Pham told Bloomberg that Kalanick was offended that he stayed: “I think he’s still hurt.” A representative for Kalanick declined to comment to Bloomberg on the matter. Business Insider has also reached out to Kalanick for any additional comment.

Plenty has changed since Dara Khosrowshahi took over the helm. For starters, the company is publicly traded now, and bringing in easily more than double the quarterly revenues from back then. Culture has shifted starkly, too, with Khosrowshahi declaring the company’s new mantra of “we do the right thing. period.”

But losses have doubled too.

Pham recognised the need, in the current market environment a year after Uber’s lacklustre IPO, for the company to shore up its finances. Most recently, it disclosed a $US2.9 billion loss for the first quarter of 2020. And according to Bloomberg, Pham said the company should consider shedding its self-driving efforts, or teaming up with other companies in the space.

“Individually, none of the companies can go it alone and compete with Waymo,” Pham said of the autonomous competitor from Google that’s now raised $US3 billion from outside investors and partnered with automakers, Lyft, and others. Despite some cost-cutting measures amid the COVID-19 pandemic, the Advanced Technologies Group (with other technology bets) contributed a $US108 million loss to first quarter EBITDA, Uber said in April.

He’s far from the only one to suggest this. Sam Abuelsamid, a research analyst at Guidehouse Insights whose areas of focus include automated driving and mobility services, previously told Business Insider that consolidation of smaller self-driving competitors could eventually pose a threat to Uber.

“It’s not clear exactly what they want to do,” he said.

As for what’s next after Uber, Pham said he plans to rest, play guitar, and mentor other engineers in tech.

“It is a very heavy burden,” he said of leaving amid a global pandemic that slashed Uber’s core source of revenue and ultimately led to layoffs. “I have a little PTSD setting in right now.”