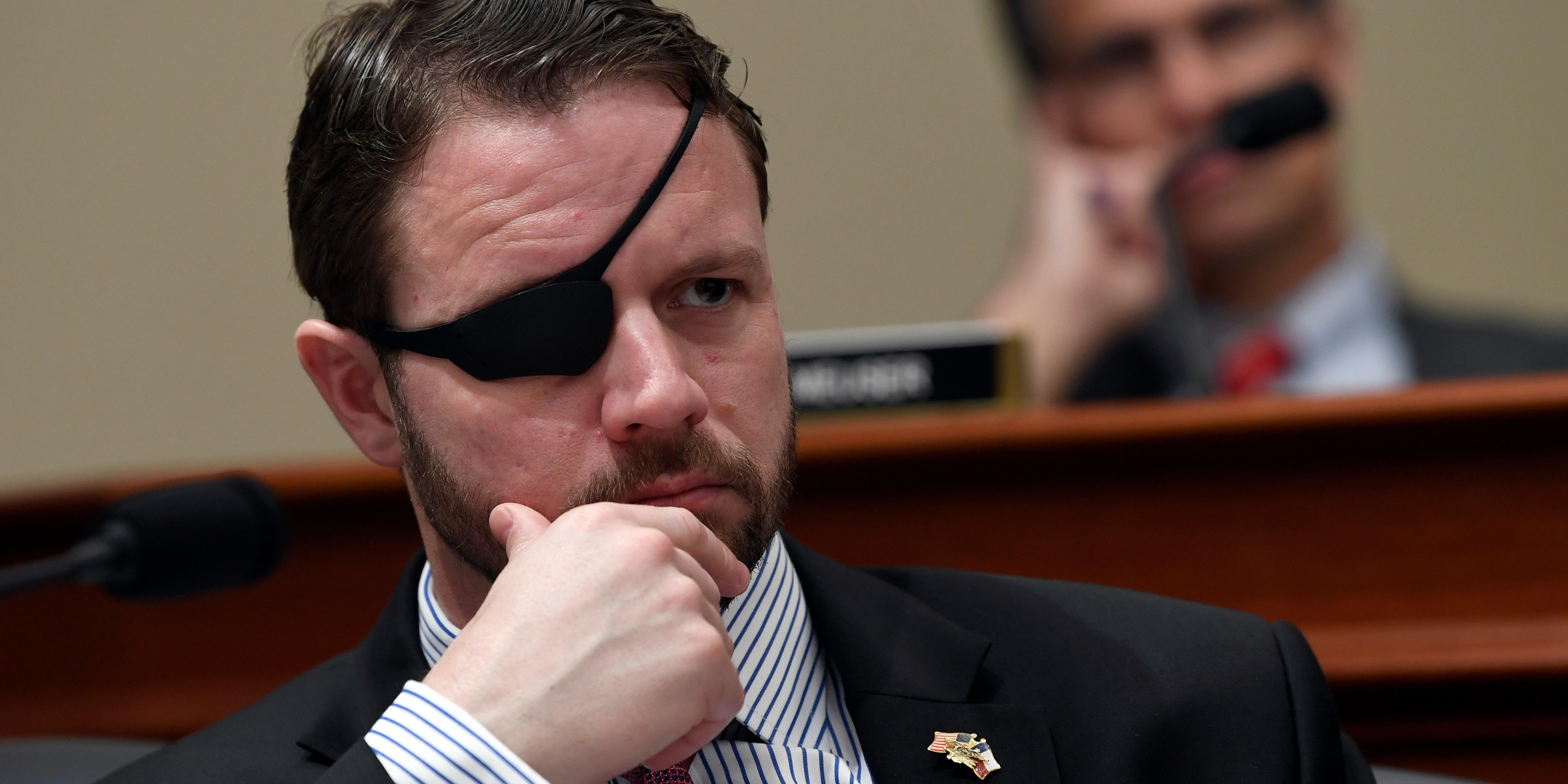 Texas Rep. Dan Crenshaw, a former Navy SEAL, released an action video on Sunday of himself parachuting into Georgia and fighting antifa activists in support of Republican Senate candidates.

Retired US Army Gen. Raymond “Tony” Thomas, who led Special Operations Command when Crenshaw was in the military, wrote on Twitter that he thought the video was a “Saturday Night Live” or Comedy Central skit when he first watched it.

He said the video was “embarrassing” and suggested that Crenshaw’s attempt to persuade US voters with martial skills and name-calling rather than policy proposals debased American politics.

Watched this twice now. I was sure it must be an SNL or Comedy Central skit. Nope, just the base(r) level our political environment slips to with each succeeding day. There is a reason 100M people opted not to vote again this year. Embarrassing. https://t.co/FwmSQA626v

The video starring Crenshaw, a Republican who represents Texas’ 2nd District, is called “Georgia Reloaded” and follows a video he made before the election in November called “Texas Reloaded.”

That video, which describes itself as the “greatest joint campaign ad in history,” shows Crenshaw receiving a secret mission to “save Texas.” He parachutes into his state, where he recruits a team of local conservative leaders, all of whom have national-security or military backgrounds. 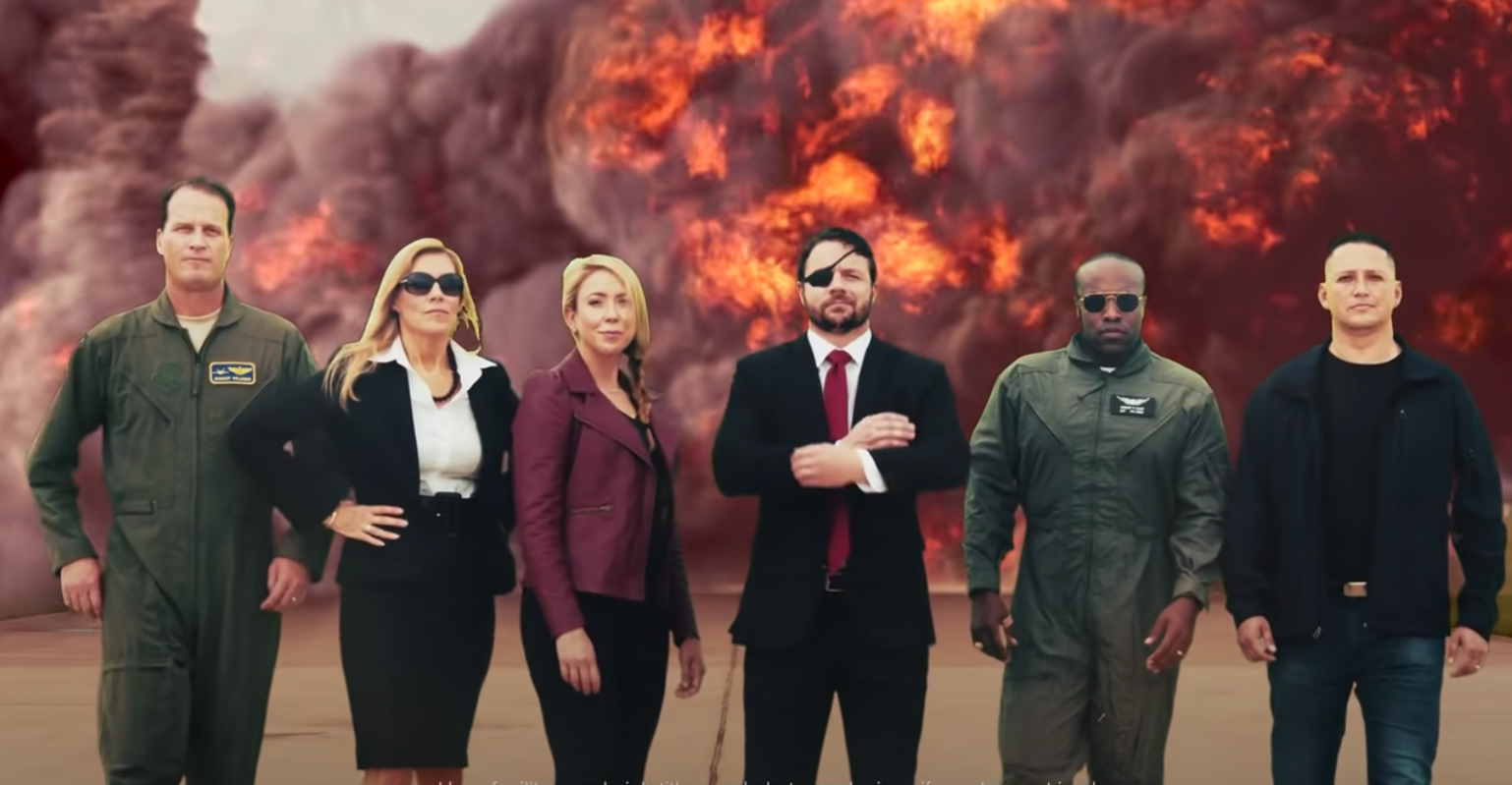 Screenshot via Dan Crenshaw for Congress/YouTubeA screengrab from one of Crenshaw’s videos.

In the “Georgia Reloaded” video, Crenshaw goes on another mission to combat “far-left activists” the video identifies as lawmakers like Rep. Alexandria Ocasio-Cortez and Vice President-elect Kamala Harris, among others, by rallying support for “American patriots,” in this case Sens. David Perdue and Kelly Loeffler. He also fights actors pretending to be members of antifa, a loose organisation of left-wing anti-fascist activists.

Backed by other prominent Republicans like Crenshaw, Perdue and Loeffler are working to win over voters ahead of runoff elections on January 5 against their Democratic opponents Jon Ossoff and Raphael Warnock. The outcomes will determine which party controls the Senate.

In a tweet with the video on Monday, Crenshaw mocked some reactions to it.

While the different video ads of Crenshaw engaging in politics-related combat are not real, he has been in actual combat. In 2012, on his third deployment to the Middle East as a member of SEAL Team 3, he was wounded by an improvised explosive device in Afghanistan. He lost his right eye.

Despite the injury, for which he was awarded a Purple Heart, he continued to serve for another four years in the armed forces for a total of 10 years. Crenshaw ran for Congress in 2018 and replaced Republican Rep. Ted Poe.

Thomas, who weighed in on the video on Monday, has also been a part of several combat operations in Afghanistan, Iraq, and parts of Central America. The general retired from active duty in March 2019.