Thomas Lane, one of the former officers charged in George Floyd's killing, is out on his $750,000 bail 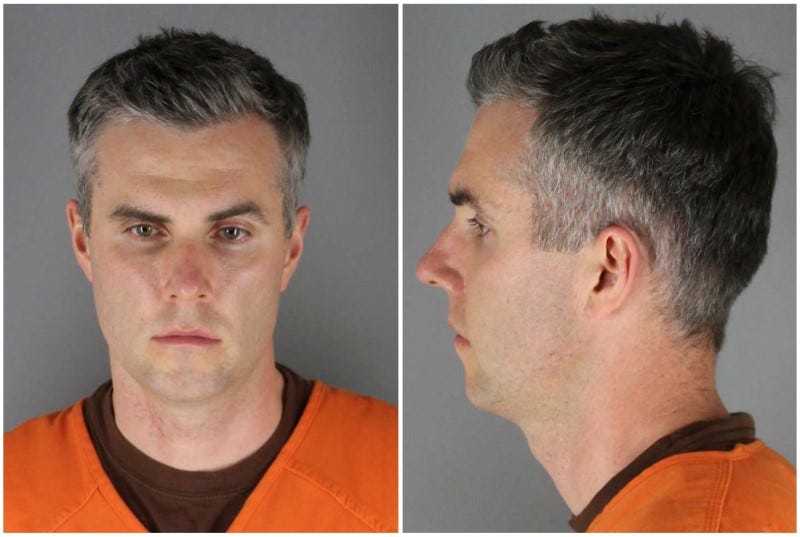 ReutersThomas Lane in a booking photo in Minneapolis.

Thomas Lane, 37, spent a week in jail before being released on bail on Wednesday, ABC News reported.

Lane, who started his law-enforcement career in December, was only on his fourth full-time shift as a police officer on May 25 when Derek Chauvin knelt on Floyd’s neck for nearly nine minutes. Lane and two other officers – J. Alexander Kueng and Tou Thao – were also there. Chauvin has been charged with second-degree murder.

Floyd’s killing has sparked anti-racism and anti-police-brutality protests around the world.

Conditions of Lane’s release include monitoring and orders that he not carry a gun or participate in law-enforcement activities, ABC News reported.

Lane’s next hearing is scheduled for June 29. His attorney, Earl Grey, told the Star Tribune that the fired cop was planning to file a motion to dismiss the charges against him.