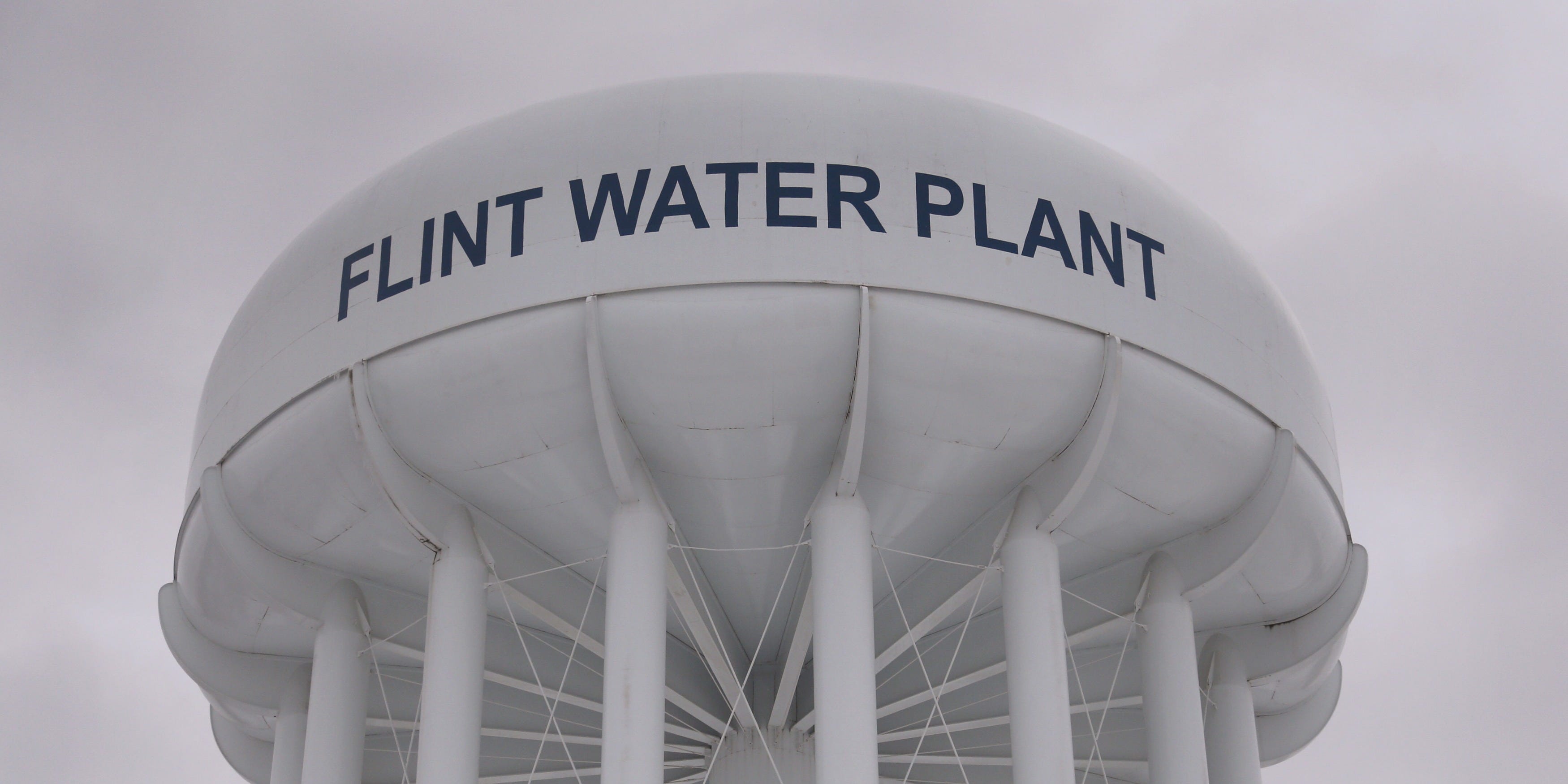 Rebecca Cook/ReutersThe top of a water tower is seen at the Flint Water Plant in Flint, Michigan January 13, 2016, where residents coping with the city’s crisis over lead-contaminated drinking water.

Former Michigan Gov. Rick Snyder has been criminally charged by the Michigan attorney general’s office with two counts of willful neglect of duty in connection with the Flint water crisis, the Associated Press reported on Wednesday night.

The misdemeanour charges could carry penalties of one year in jail and a $US1,000 fine for Snyder, the AP said.

The AP had previously reported on Tuesday that in addition to Snyder, Nick Lyon, the former director of Michigan’s Department of Health and Human Services and other health officials are expected to be charged as a result of an ongoing investigation by the Michigan attorney general’s office.

Lyon and seven other officials, including the state’s former Chief Medical Executive Eden Wells were charged with involuntary manslaughter by a special prosecutor in 2018, but Attorney General Dana Nessel’s office dropped the charges before they could stand trial and then started a completely new investigation in 2019, the Detroit News reported at the time.

Snyder and other officials have been accused of downplaying the severity of the crisis, misleading residents about the safety of their water supply, and failing to take appropriate action to address the problem and make the water safe to drink.

The Flint water crisis started in 2014, when the cash-strapped city decided to switch to a new water supply provider to save costs, according to NPR’s timeline of the crisis.

That year, when the city was in the process of building a pipe to its new water source out of Lake Huron, it decided to rely on the Flint River for water in the intermediate time without properly treating the water supply to ensure that it wouldn’t corrode the pipes and lead to the water being toxic.

By May of that year, residents began to pick up that something was amiss with the colour and taste of the water, and by August,E. Coli and coliform bacteria were identified in the water. Studies later found that the water had elevated levels of lead.

The contaminated water had serious health consequences for the city’s residents, particularly its predominately Black and low-income communities. The community suffered an outbreak of Legionnaires’ disease, which causes a severe form of pneumonia and exposed thousands of people, including an estimated 9,000 children under 6, to lead poisoning.

The state reported that 90 Genesse County residents were sickened and 12 died as a result of the Legionnaires’ outbreak, but a PBS Frontline investigation found that the real number of cases and deaths were likely higher than the official totals, citing the heightened number of pneumonia cases reported in the county at the time.

An in-depth Vice News investigation published in April of 2020 reviewing thousands of emails and documents pointed to “a coordinated, five-year cover-up overseen by Snyder and his top officials to prevent news of Flint’s deadly water from going public.”

Snyder apologised for his role in the crisis in his 2016 state of the state address.