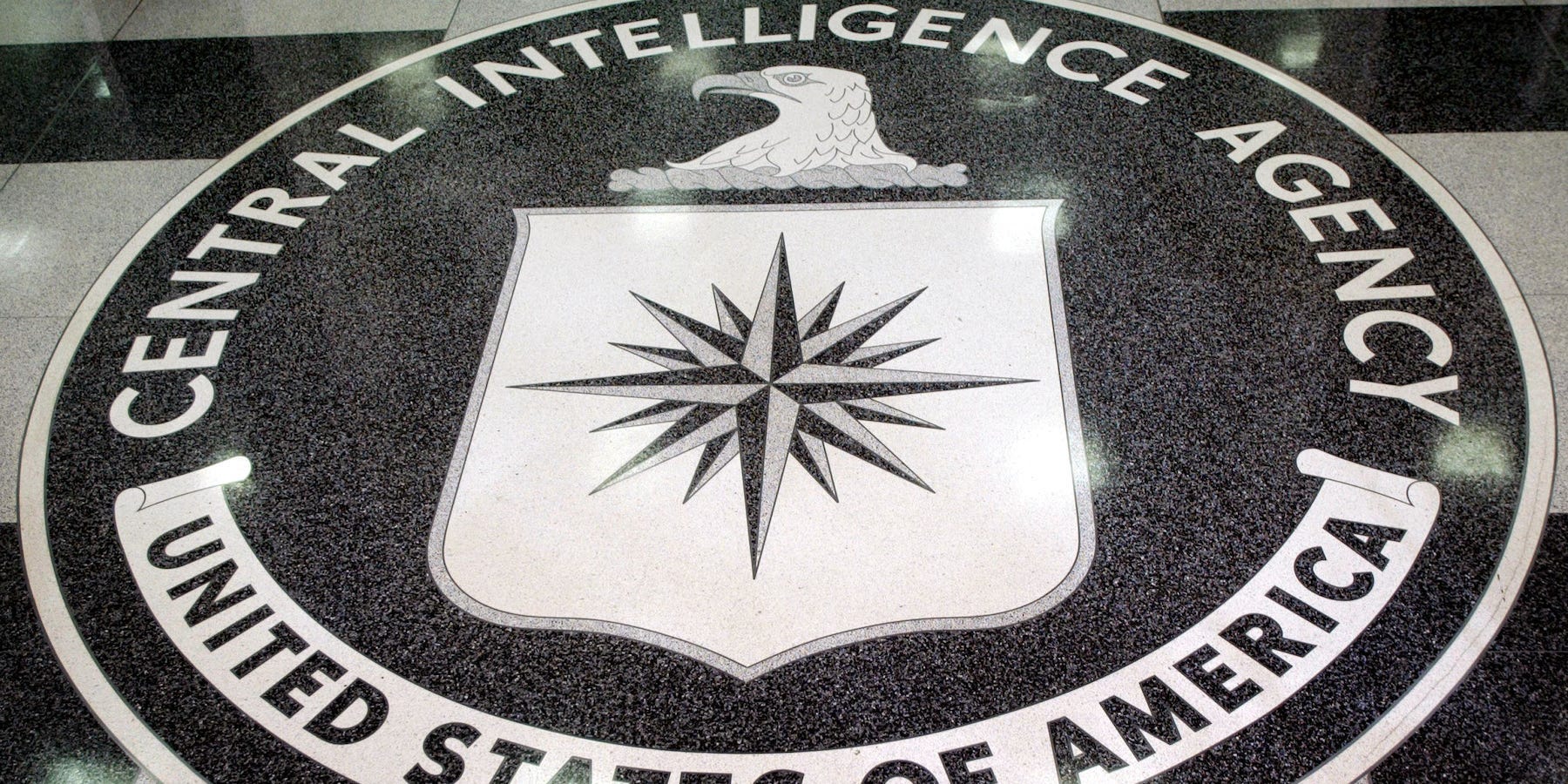 REUTERS/Jason Reed JIRThe logo of the U.S. Central Intelligence Agency is shown in the lobby of the CIA headquarters in Langley.

A former CIA agent has been charged with charged selling secrets to China, including details of how the agency communicates, information about US weapons systems, and the identities of CIA personnel.

Alexander Yuk Ching Ma, 67, was arrested on Friday and charged with violating US espionage laws, the Department of Justice said in a Monday press release.

Ma is accused of giving CIA information to China for years after he left the organisation. Prosecutors say he later worked for the FBI, where is is accused of continuing to act as an informant.

Ma ia accused of working with an unnamed relative who also worked for the CIA to “communicate classified national defence information over the course of a decade.”

Ma retired from the CIA in 1981, but the Department of Justice said that from 2001 he began to give China information about “the CIA’s personnel, operations, and methods of concealing communications.” It claims the scheme continued for a decade.

It said that part of a meeting was captured on videotape, “including a portion where Ma can be seen receiving and counting $US50,000 in cash for the secrets they [Ma and the relative] provided.”

Prosecutors said that Ma then sought a job as a Chinese linguist with the FBI. In this job, they say, he made copies and took photographs of documents in the Honolulu field office over six years.

According to prosecutors: “Ma took some of the stolen documents and images with him on his frequent trips to China with the intent to provide them to his handlers. Ma often returned from China with thousands of dollars in cash and expensive gifts, such as a new set of golf clubs.”

The court documents claim that Ma confirmed that he was selling secrets to China in two meetings in 2019 with an undercover FBI agent who was posing as a Chinese spy.

They said he accepted $US2,000 in cash from the undercover agent as a “small token” of appreciation for his help to China.

The DOJ said that on April 12, not long before his arrest, he took money from an undercover FBI agent and “again accepted money for his past espionage activities, expressed his willingness to continue to help the Chinese government, and stated that he wanted ‘the motherland’ to succeed.”

Ma faces a maximum penalty of life in prison.

He is due to appear before a federal judge in Hawaii on Tuesday.

According to NBC News, Ma’s relative was not charged as he suffers from “an advanced and debilitating cognitive disease.”

John Demers, assistant attorney general for national security, said: “The trail of Chinese espionage is long and, sadly, strewn with former American intelligence officers who betrayed their colleagues, their country and its liberal democratic values to support an authoritarian communist regime.”

“To the Chinese intelligence services, these individuals are expendable. To us, they are sad but urgent reminders of the need to stay vigilant.”