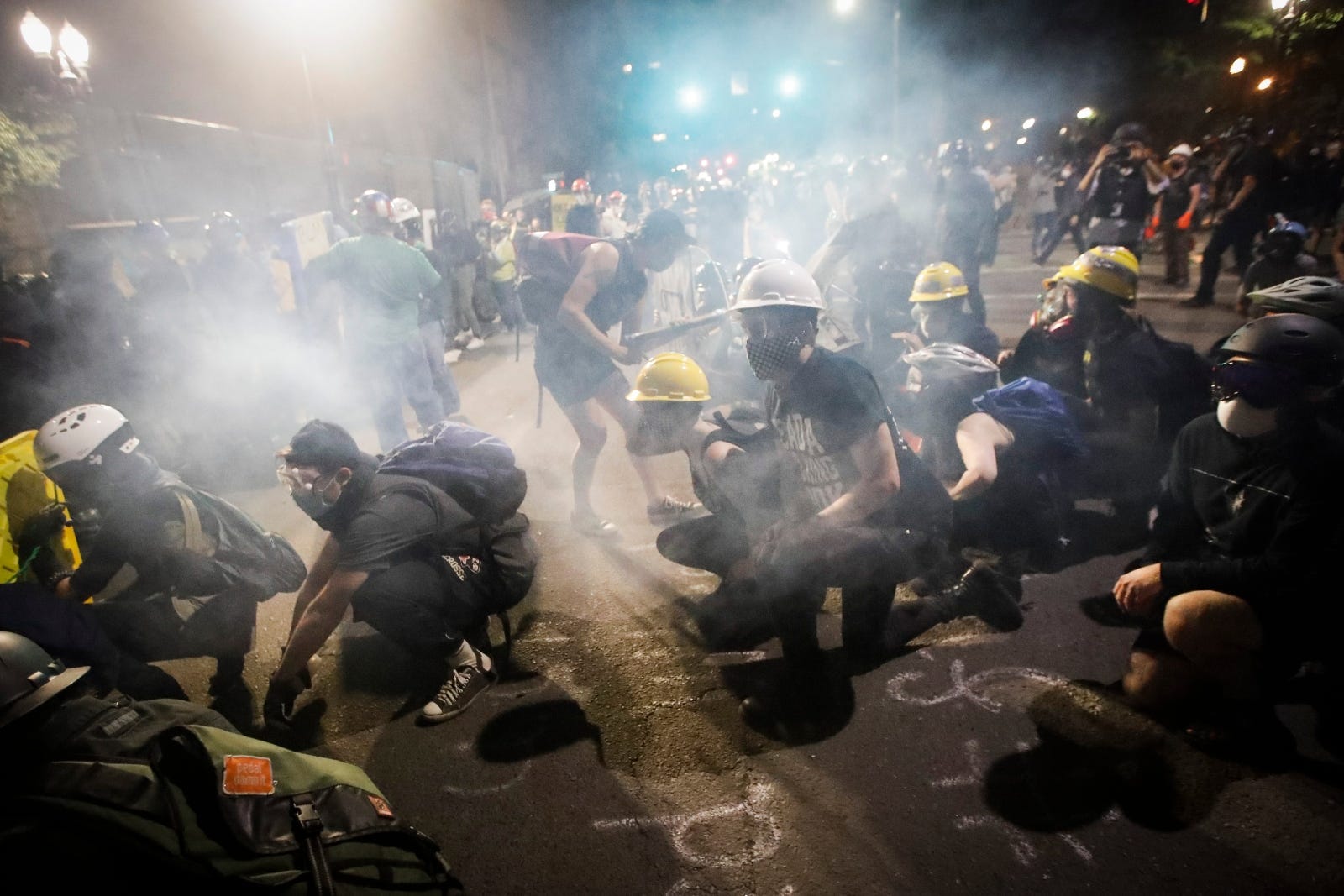 A former senior border patrol agent described an elite federal unit deployed by the Trump administration to quell protests in Portland, Ore., as some of the “the most violent and racist in all law enforcement.”

Jenn Budd, who worked at the agency for six years until 2001, recalled her encounters with the U.S. Border Patrol’s unique unit, known as Bortac, to The Guardian in a story published on Monday.

The specially trained officers are the “biggest guys, like the jocks in a football team,” Budd told The Guardian. “They live in tight groups like the Navy Seals, spending their time in military-style training.”

“They don’t exist within the realm of civilian law enforcement,” Budd said. “They view people they encounter in the military sense as enemy combatants, meaning they have virtually no rights.”

Bortac, which was first established in 1984, often functions as the Border Patrol’s SWAT team, and is responsible for carrying out missions related to drug trafficking, human smuggling and other high-risk operations. Members undergo advanced training, are equipped with special weapons, and are deployed both domestically and internationally, such as in Afghanistan and Iraq. The unit is headquartered in El Paso, Texas, and officials typically work in desert areas of the border.

“They don’t do normal vehicle stops. They will rip drivers from their seat, throw him against the side, put him in handcuffs – the same tactics you are now seeing Bortac agents use in Portland,” Budd told The Guardian.

Bortac agents have been among the at least 110 reported federal law enforcement officials sent by President Donald Trump earlier this month on the grounds of protecting federal buildings in Portland, where protests have been ongoing since the killing of George Floyd on May 25. Countless violent clashes between agents and civilians have unfolded over the past weeks, involving the use of tear gas and non-lethal munitions.

Many local and state officials, along with DHS employees themselves, have condemned the actions and presence of federal agents in Oregon’s largest city as “unconstitutional.” Congressional lawmakers in response have introduced legislation to block Trump, who has sought to increase the number of federal forces in Portland, from using them as a “shadowy paramilitary against Americans.”

Rodney Scott, who has served as Border Patrol chief since January, said he offered to deploy Bortac to the scene after Federal Protective Service, the agency in charge of protecting federal civilian facilities, requested help from other DHS departments, according to reporting by the Wall Street Journal.

Budd, who describes herself as a whistleblower, blasted the chief on Monday after he tweeted that “agents are assaulted w/laser weapons in #Portland every night.”

“Something you should know about @USBPChief he lies. A lot. Like seriously, a lot,” Budd wrote on Twitter.

This is done to prevent facial recognition & does not harm agents. Like I said, every team has a videographer. If agents had been injured, they’d have evidence. Something you should know about @USBPChief he lies. A lot. Like seriously, a lot. https://t.co/yAOHUN5Owk

Budd also told The Guardian that an instructor during her training as a border patrol agent in 1995 used racial slurs like “tonks” and “wetbacks” to refer to Latino migrants, who she said were often deemed as “criminals” by the agency.

Border Patrol officials have long been accused of discriminatory practices by civil rights groups, highlighting research on the division’s use of force and specific targeting of people, namely Mexicans and Central Americans.