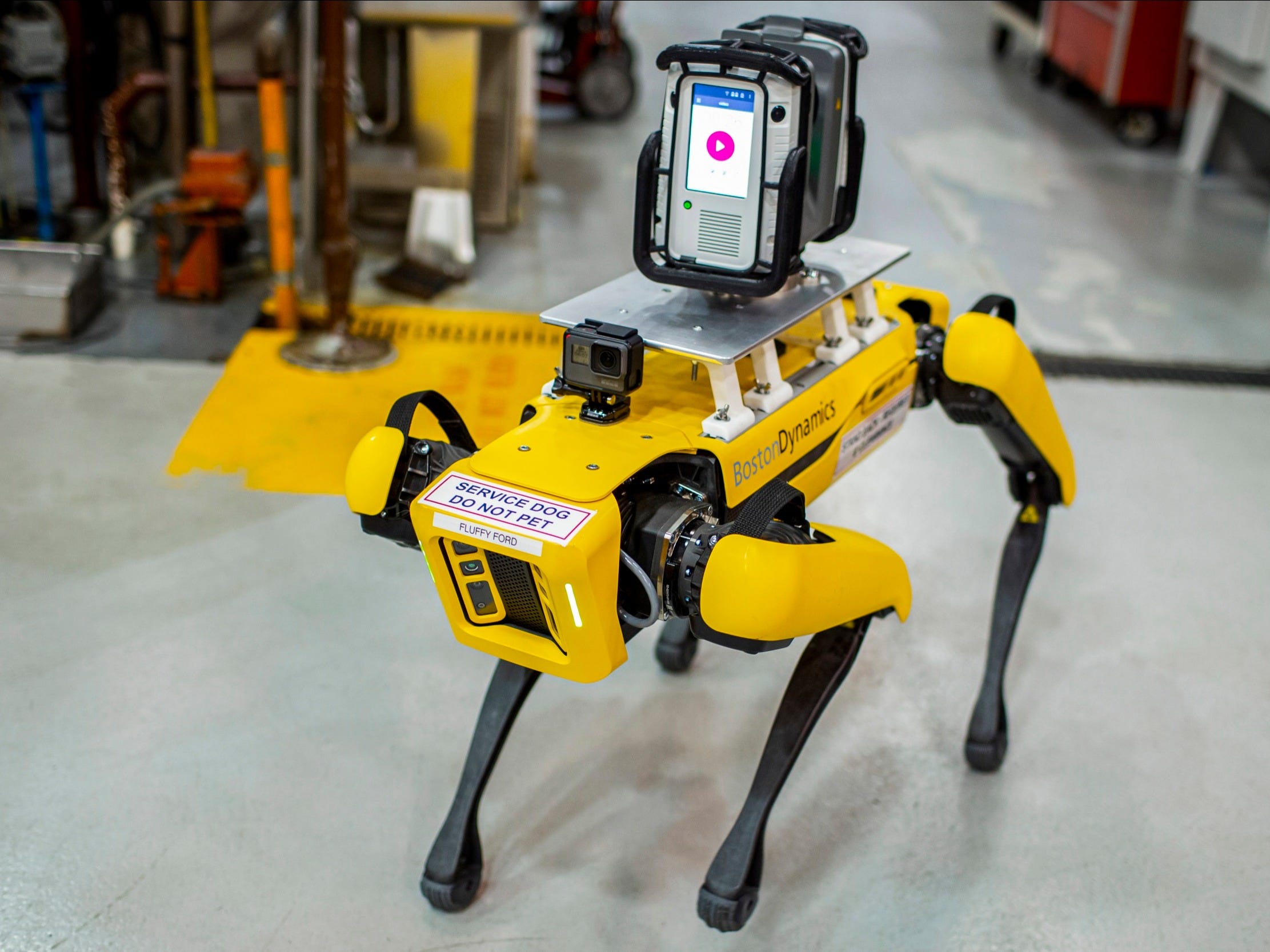 The two robots will begin working in Ford’s Michigan Van Dyke Transmission Plant in August, using cameras attached to their backs to complete scans of the plant from hard to reach places.

Spot, Boston Dynamics’ famous four-legged robot, just became available to purchase in June. For $US74,500, Spot is ready for use by “developers eager to explore how flexible mobile robots can be adapted for tasks ranging from industrial inspection to entertainment.”

For now, Spot is only available to US customers, and they can expect orders to be fulfilled in six to eight weeks after a $US1,000 deposit. The company suggests several uses for the dog-like robot: “Inspect dangerous, inaccessible, and remote environments, Automate data collection on your site, Carry payloads on unstructured or unknown terrain.”

Recently, Spot has also been used to evaluate coronavirus patients in Boston, herd sheep in New Zealand, and give social distancing reminders in Singapore. Here’s how Ford will use the robots.

The robots were named Fluffy and Spot by Paula Weibelhaus, their handler at Ford. 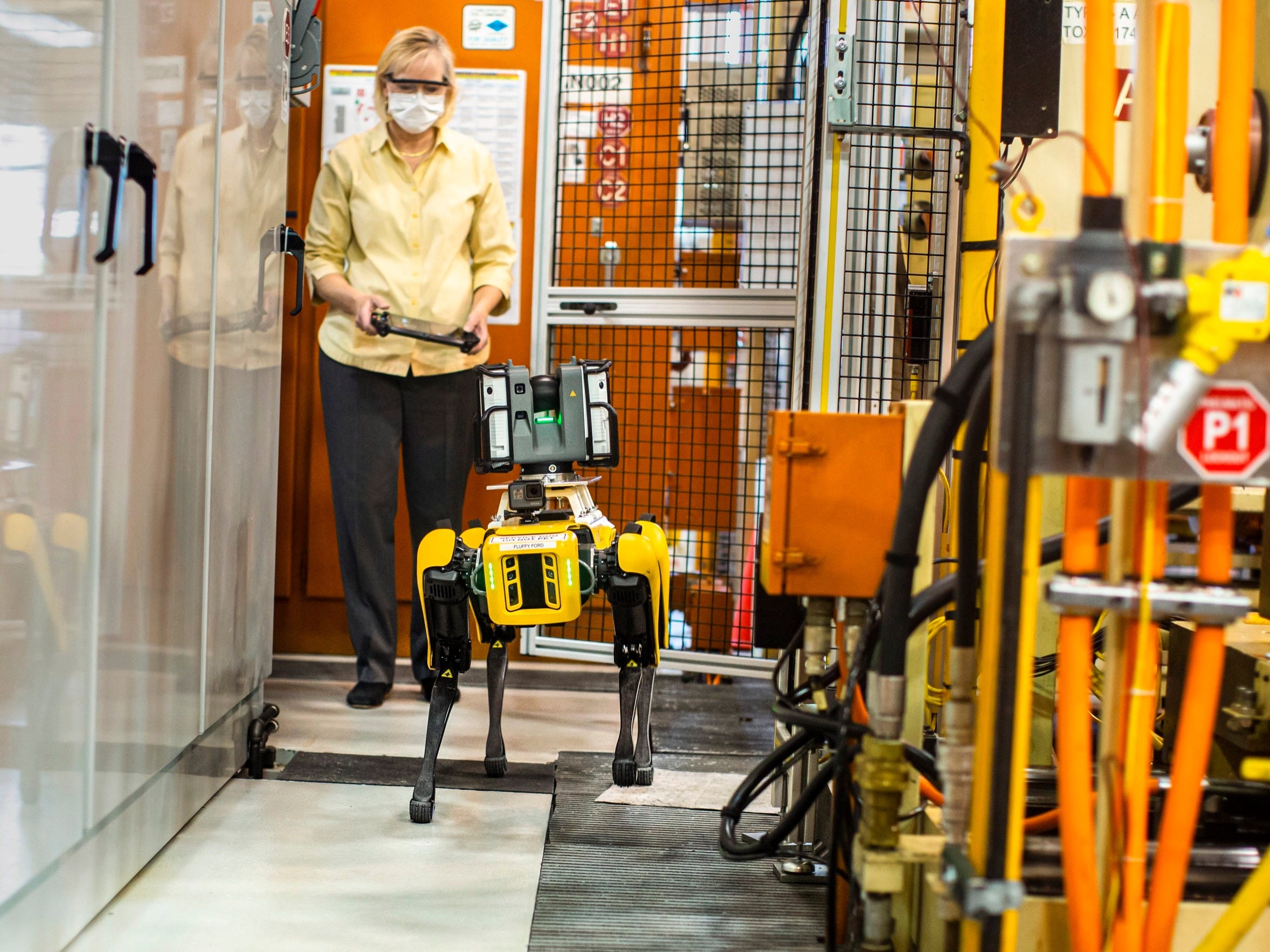 Starting in August, the robots will move through the plant and scan the facility using laser scanners attached to their backs. 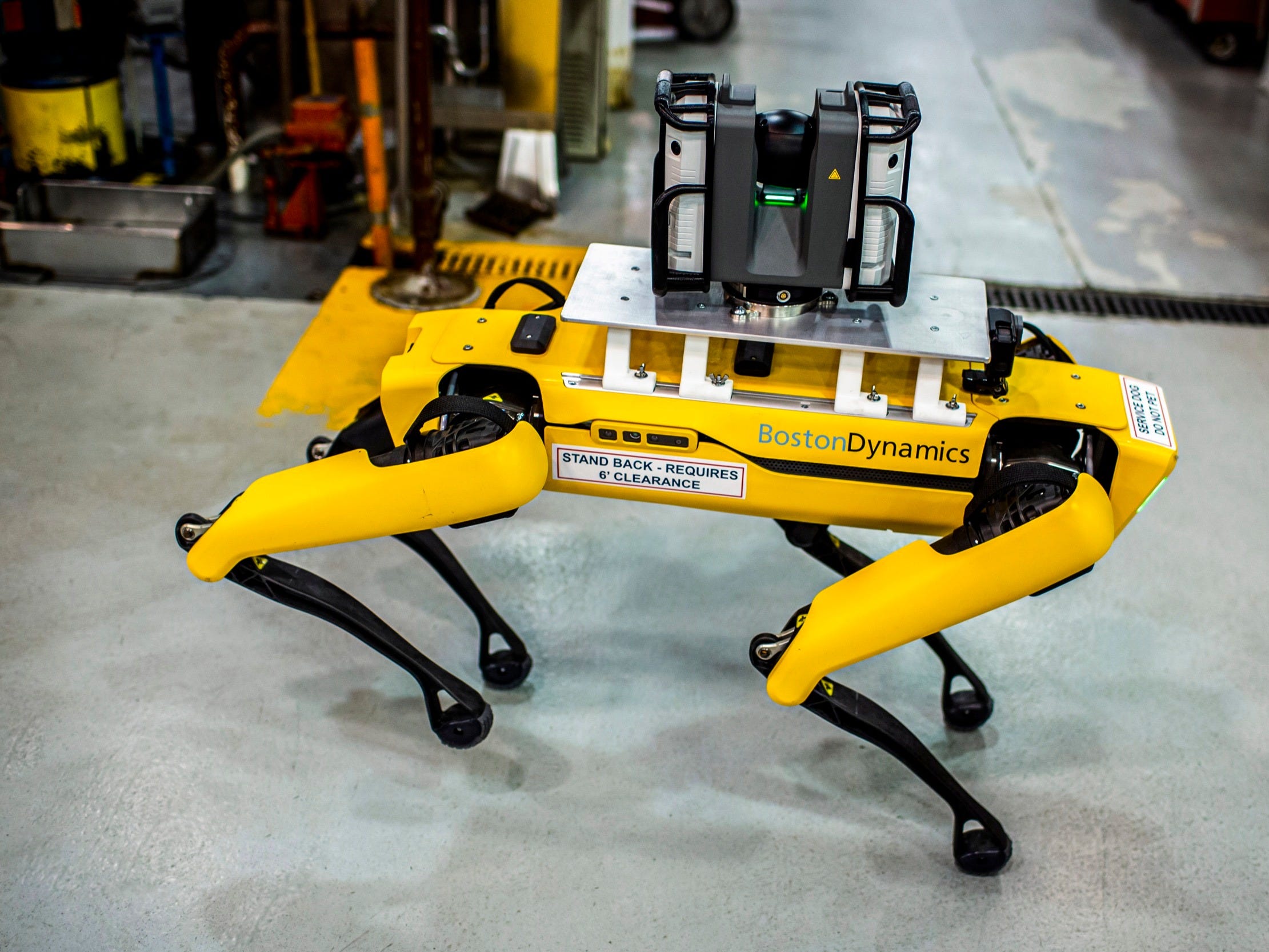 Ford engineers will use the data they collect to update the design. 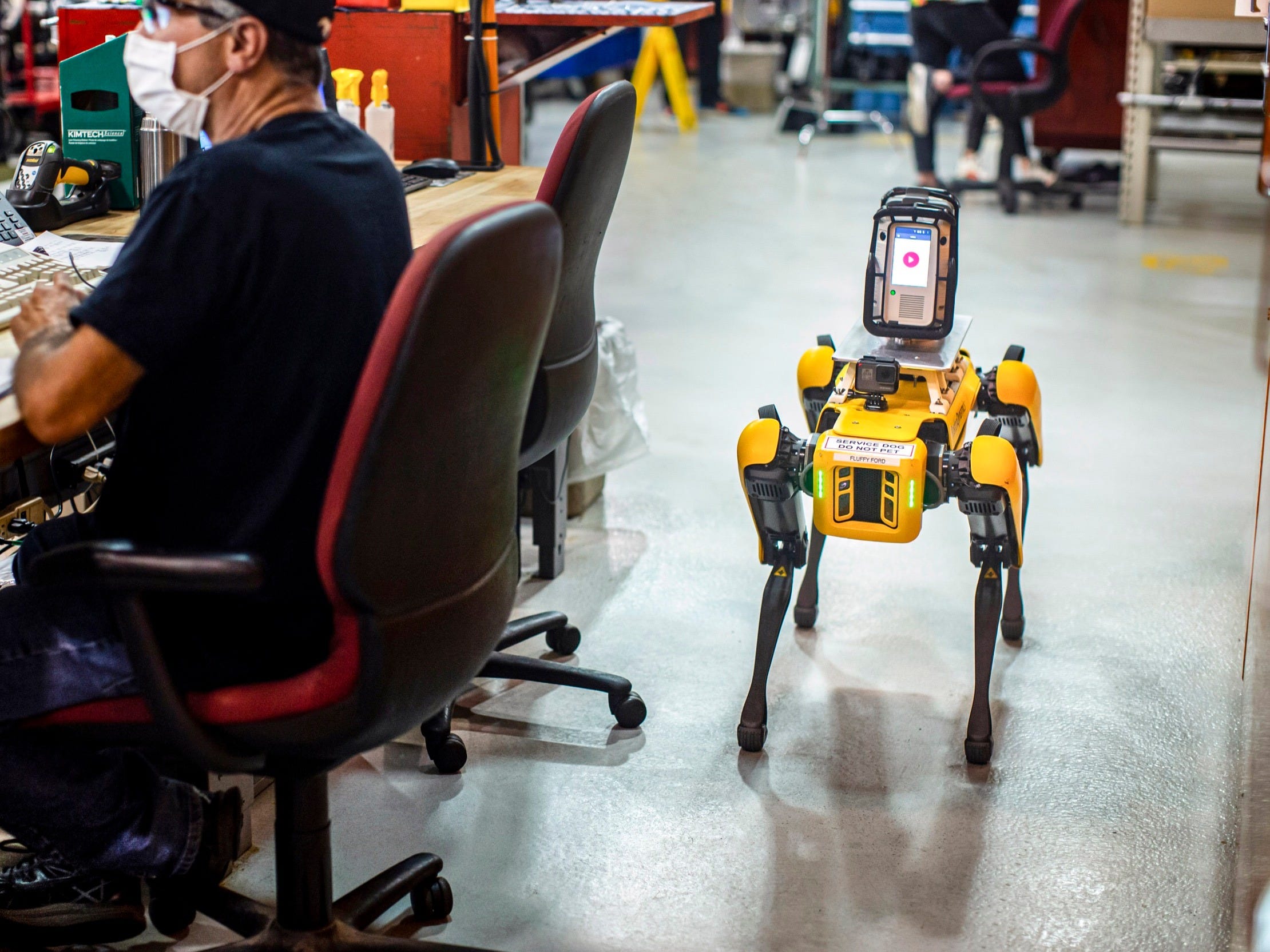 The robots can access hard to reach areas throughout the plant. 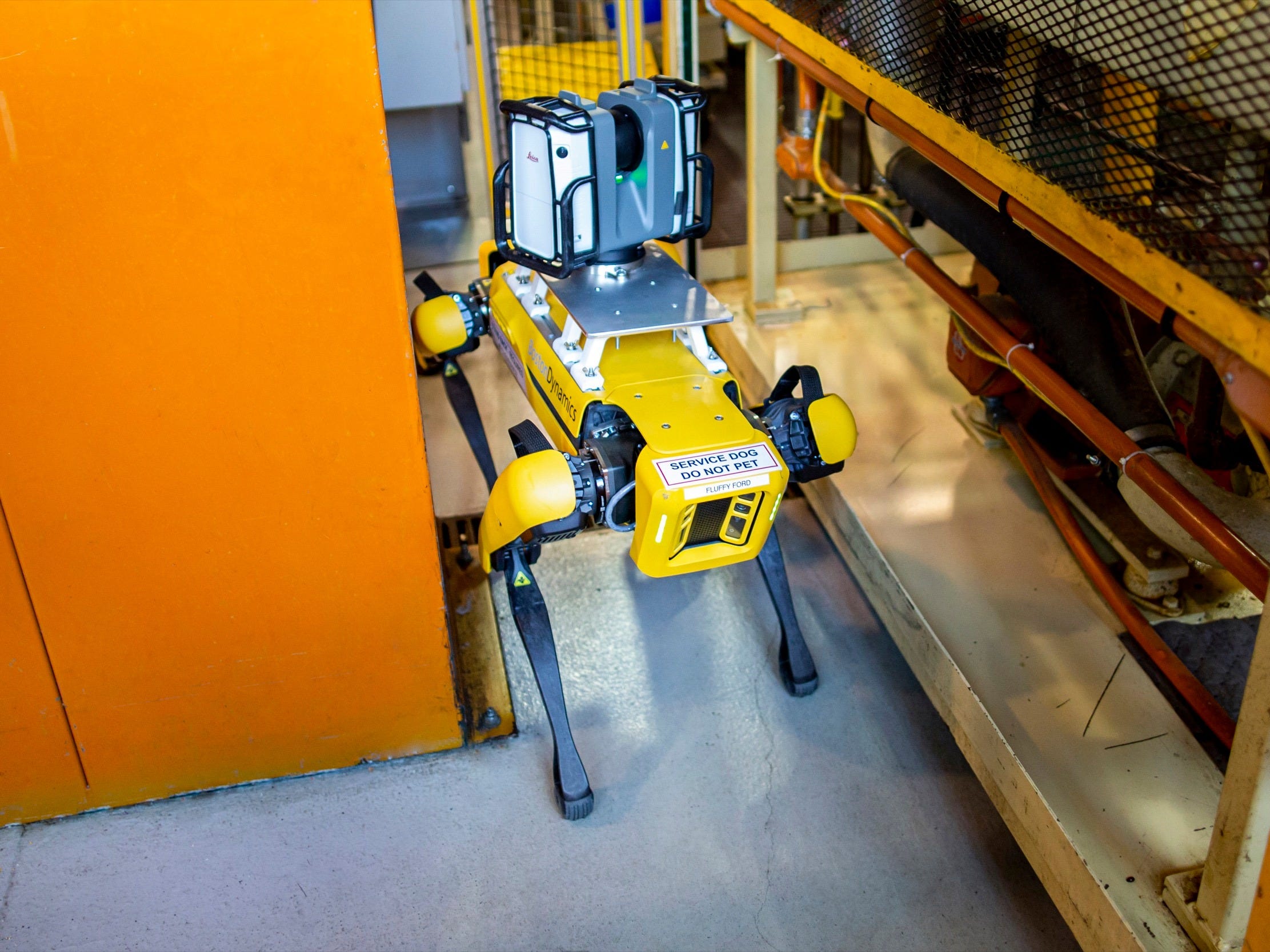 “We design and build the plant. After that, over the years, changes are made that rarely get documented” digital engineering manager Mark Goderis said. The robots help them build a new, accurate model.

The handler navigates the robots through the plant with a handheld device that shows the camera view. It also has a stop feature in case of collision. 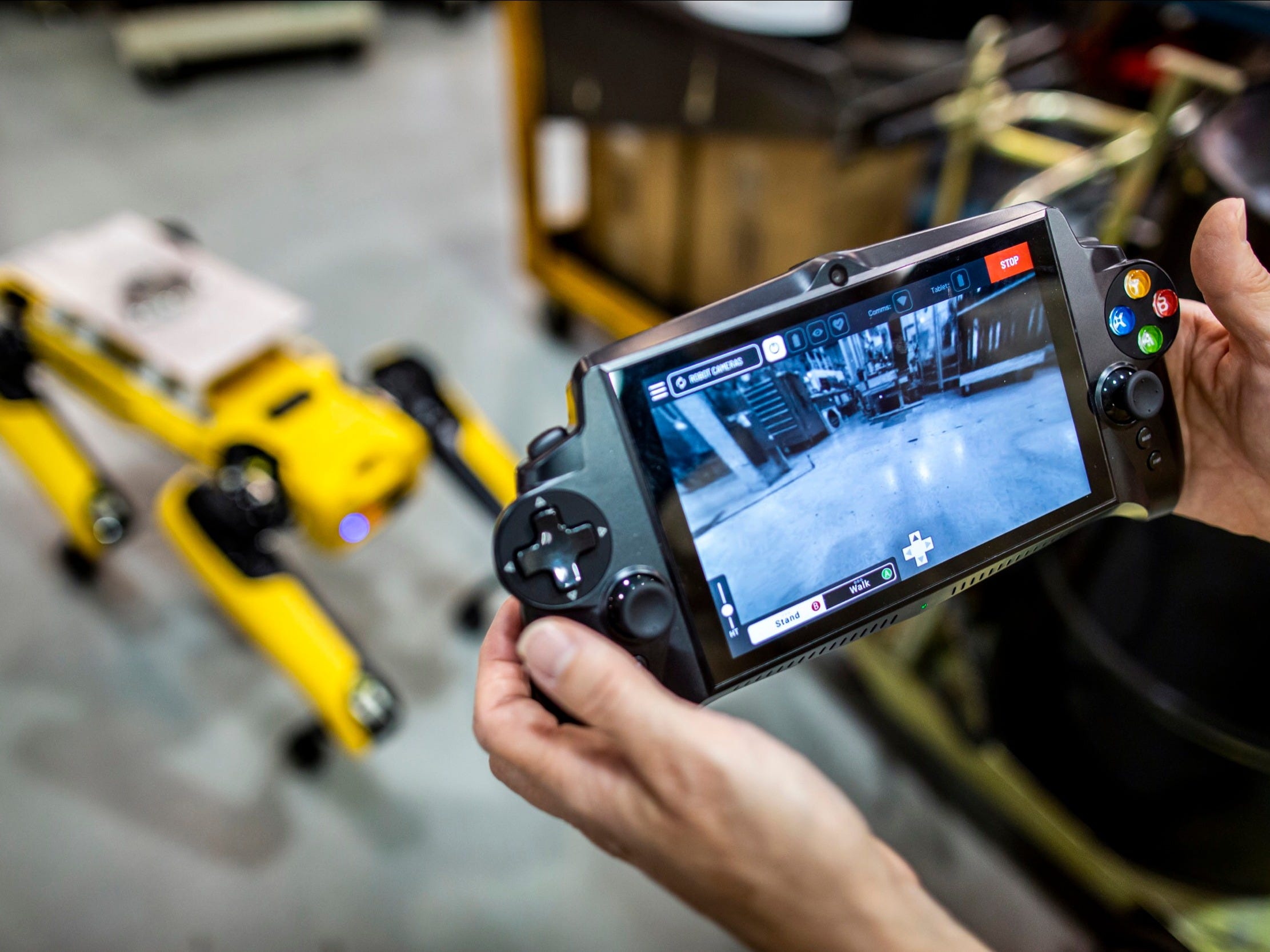 They can move up to three miles per hour in a normal walk, a special gait on uneven terrain, and another speed for stairs. 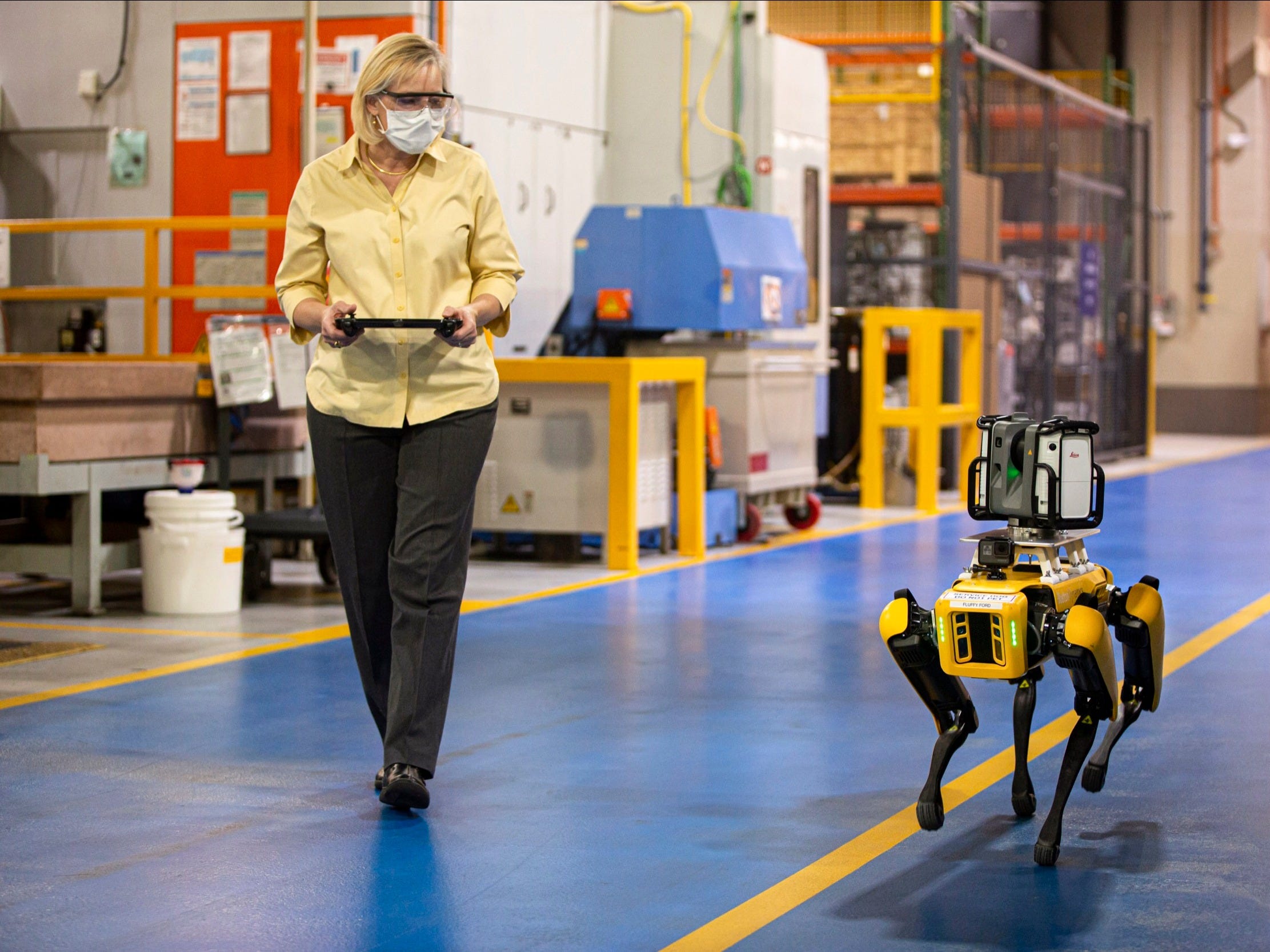 They can handle up to 30-degree inclines, walk over grates, and navigate obstacles during their two-hour battery life. 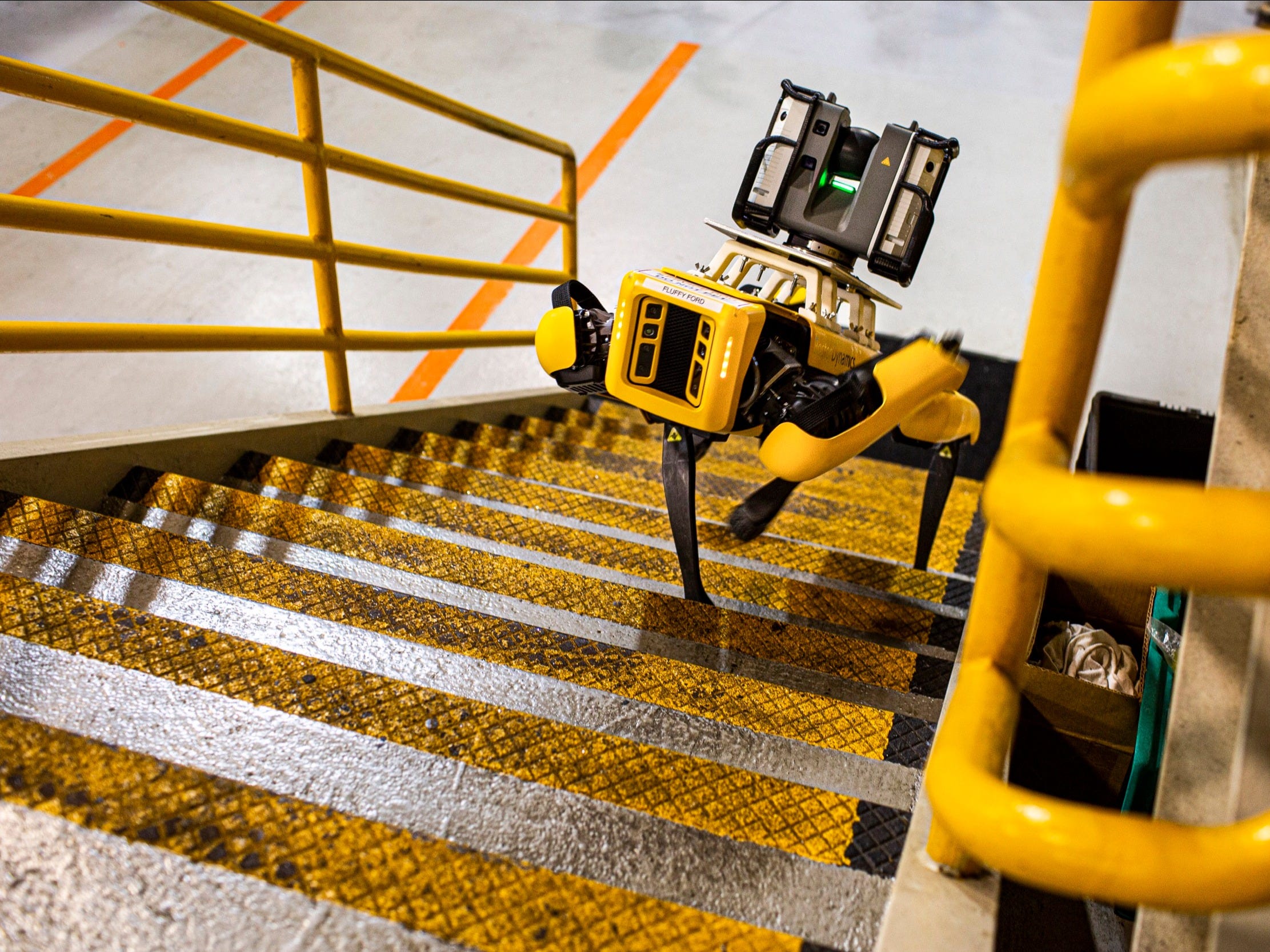 Ford’s other robot in the plant is Scouter, an autonomous robot that moves around the plant and captures 3D scans. Fluffy rides around on Scouter, and takes over when an area is too narrow for the larger robot. 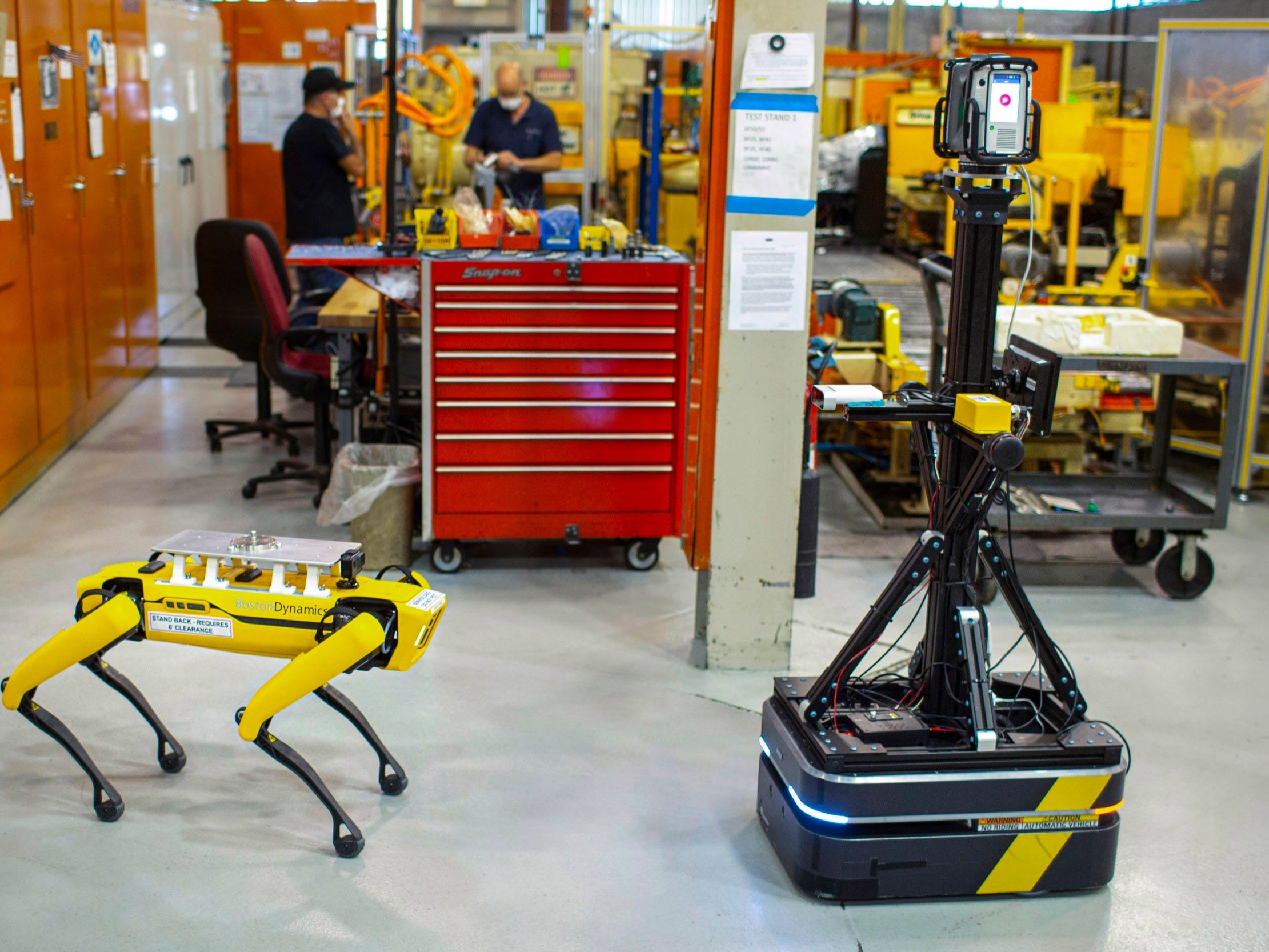 Ford played on the robot’s history of comparison to a dog, with the name Fluffy, along with some toys and dog accessories. 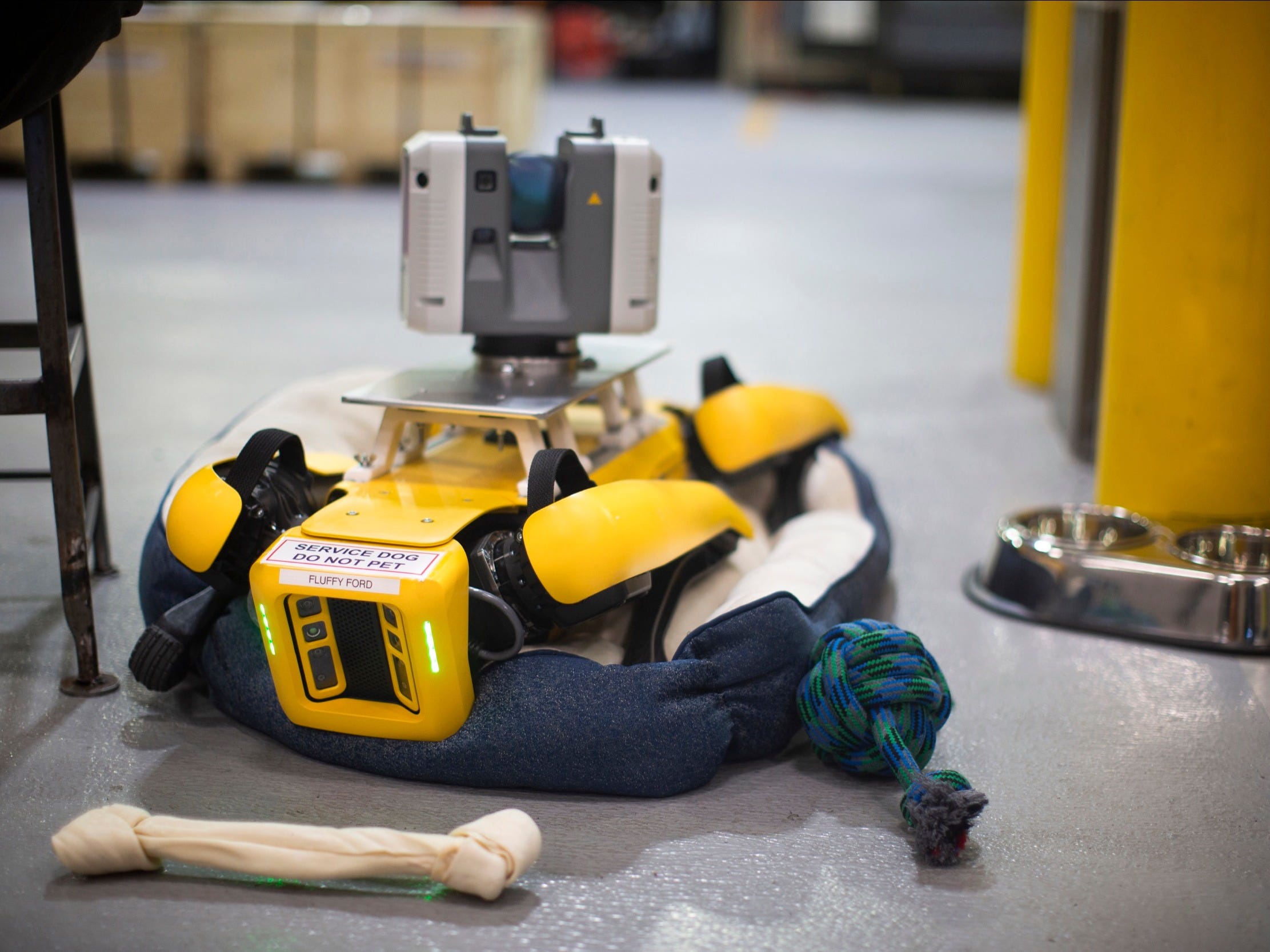