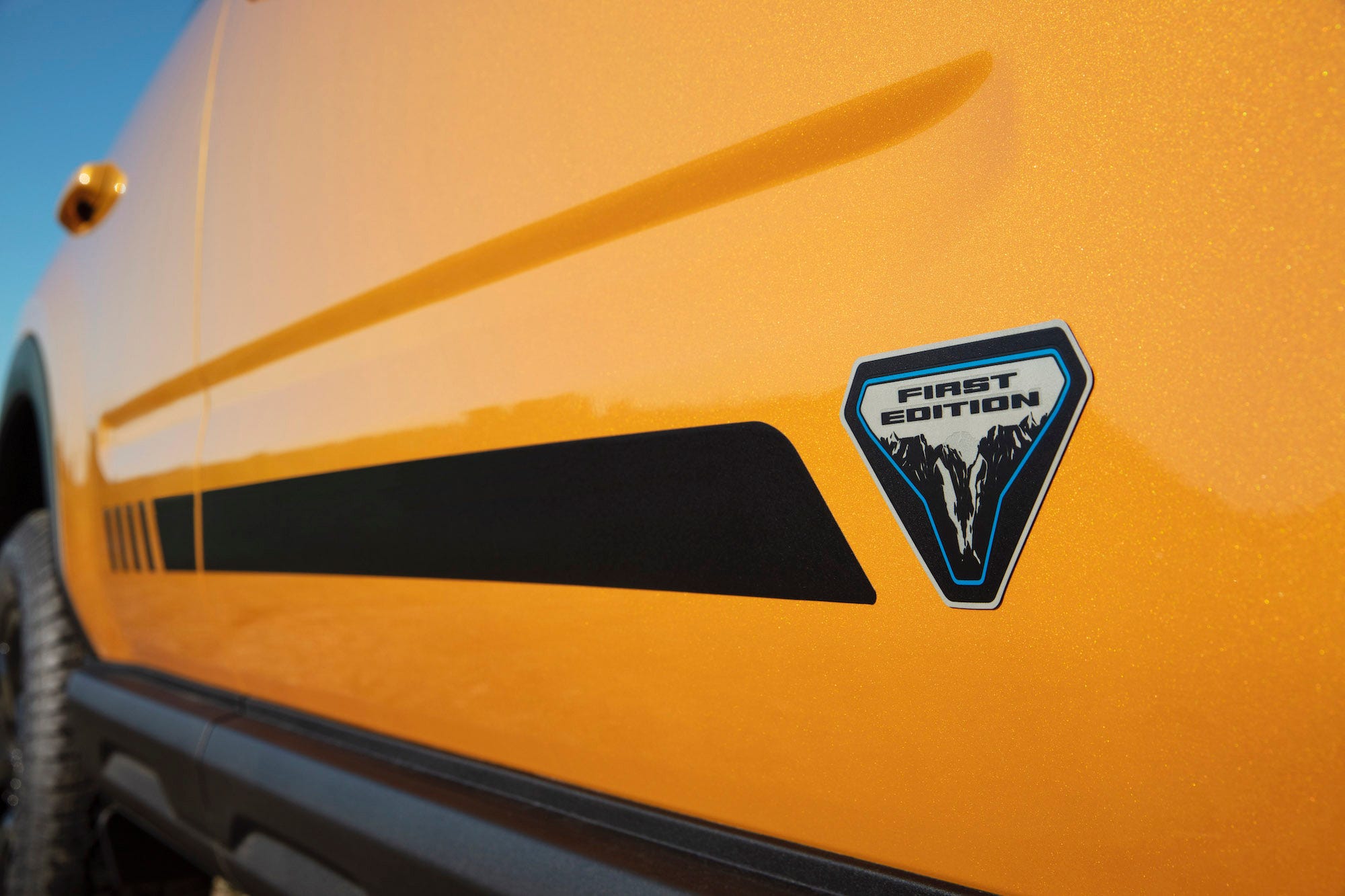 FordThe Bronco First Edition has been a high demand.

Ford’s long-awaited new Bronco is a hit. Hours after its debut last week, a deluge of customers trying to put down $US100 reservation briefly crashed Ford’s website.

The new family of four-by-four SUVs is being offered in a trio of trims, with a wide range of available packages. One of those – the “First Edition” – was initially planned for 3,500 units, but according to Road & Track, Ford doubled that number.

Ford said that all First Edition reservations have been taken, but you can always configure another trim level. Business Insider’s Kristen Lee has provided a helpful guide.

At any rate, here’s a closer look at the Bronco First Edition, now one of the most exclusive new Fords:

The Bronco is back! And without a doubt, it’s better than ever. 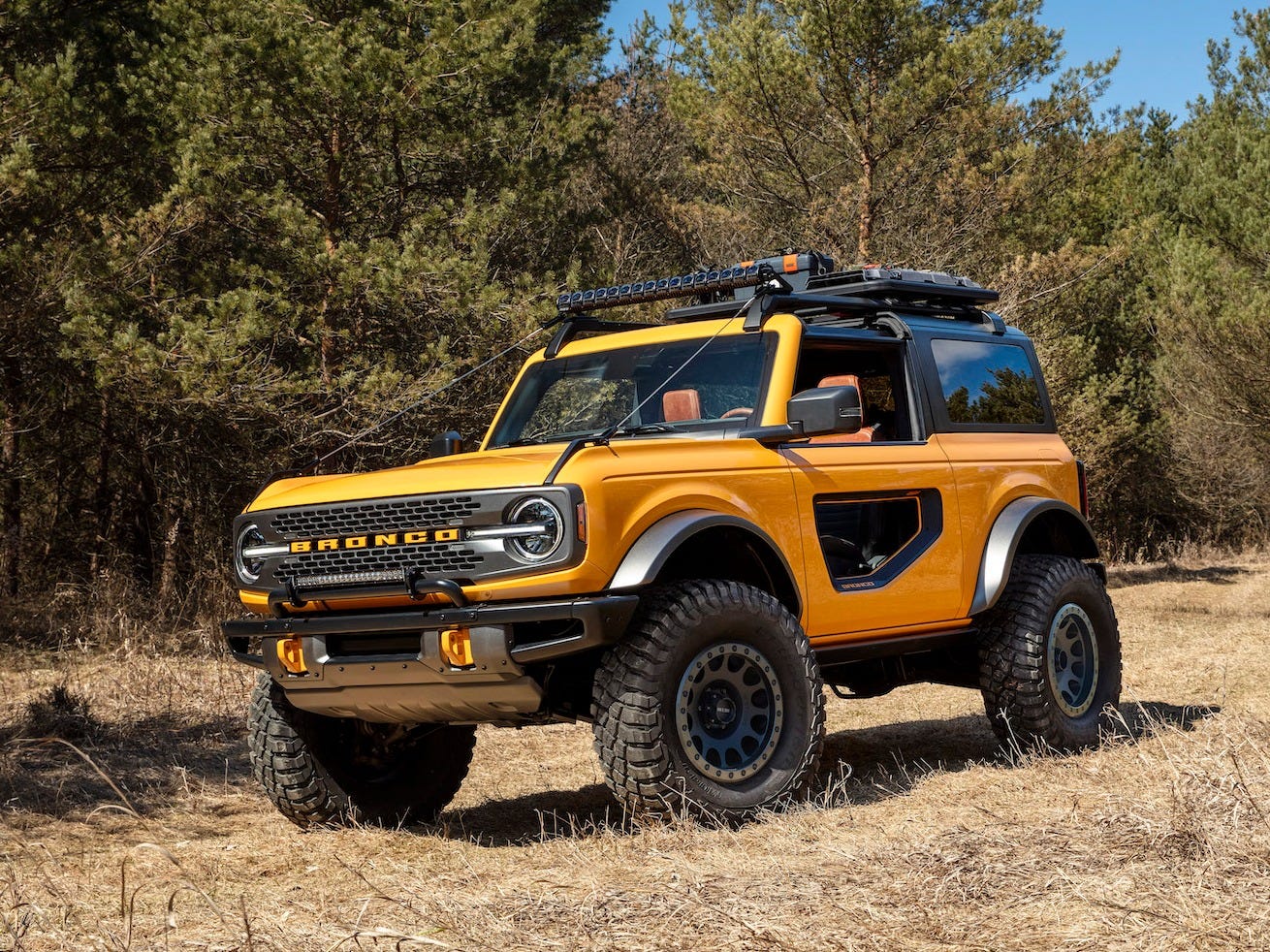 Ford created a new Bronco brand, with a family of three vehicles — a two-door, a four-door, and Sport trim — all with proper four-wheel-drive. 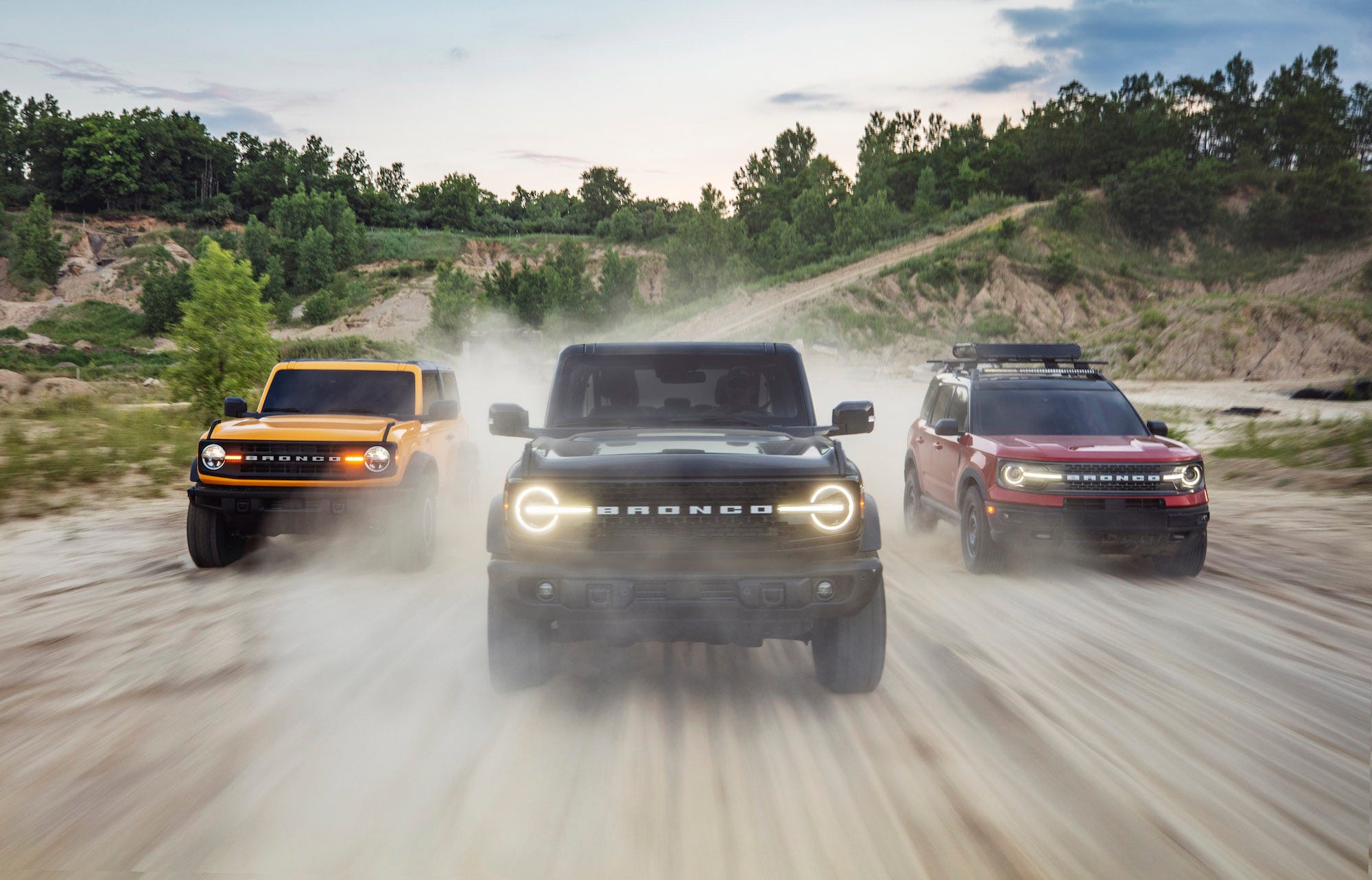 The Bronco nameplate was first launched in 1965. 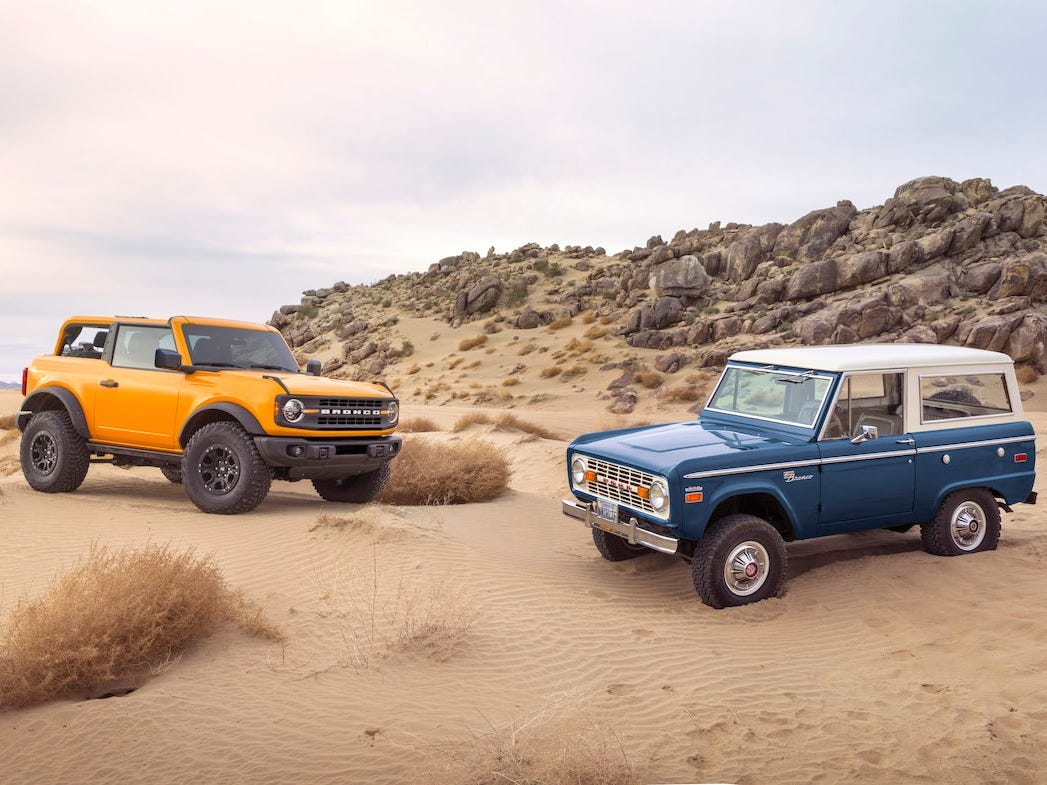 Ford discontinued the Bronco in 1996. 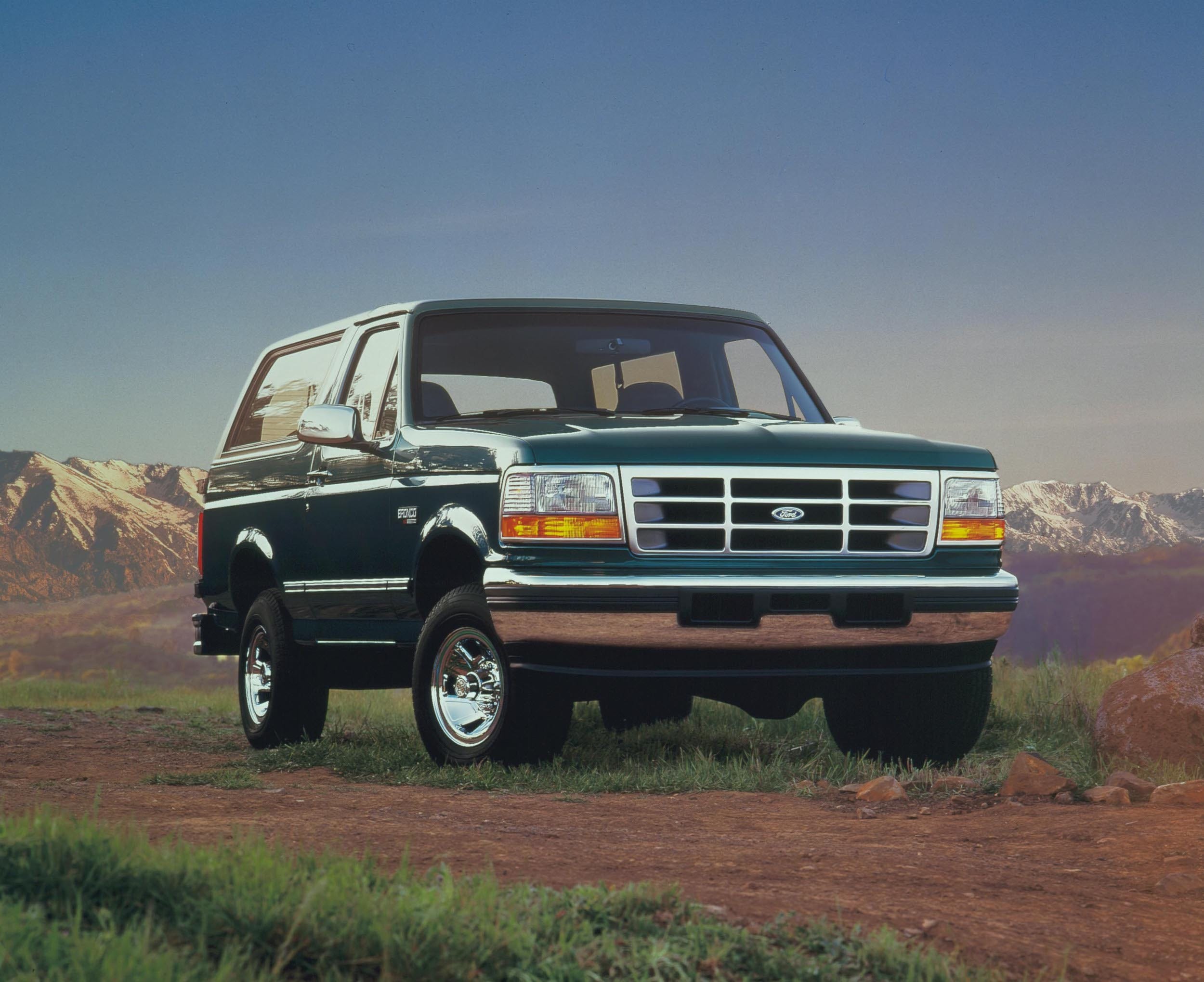 Interest in the new Bronco has been off the charts. Ford’s website for preorders crashed as aspiring owners rushed to put down $US100 deposits. Initially, just 3,500 “First Edition” Broncos were offered, bur Ford reportedly upped that to 7,000.

The First Edition Broncos are essentially a summary of everything the company has to offer for its new mega-hit four-wheelers. 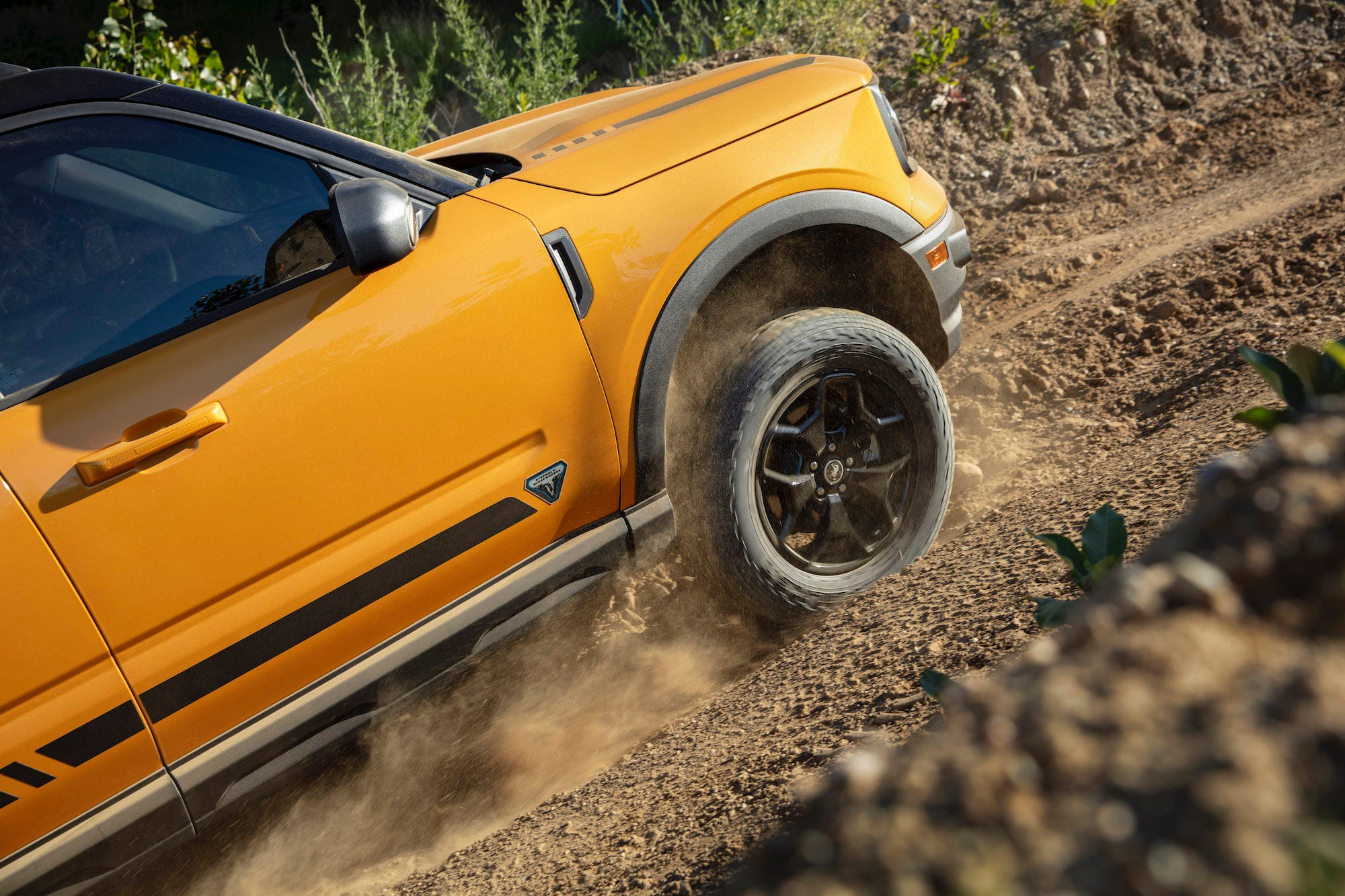 There’s a range of trim levels for all three versions: For the two- and four-door, it’s Base, Big Bend, Black Diamond, Outer Banks, Wildtrak, Badlands — and First Edition. 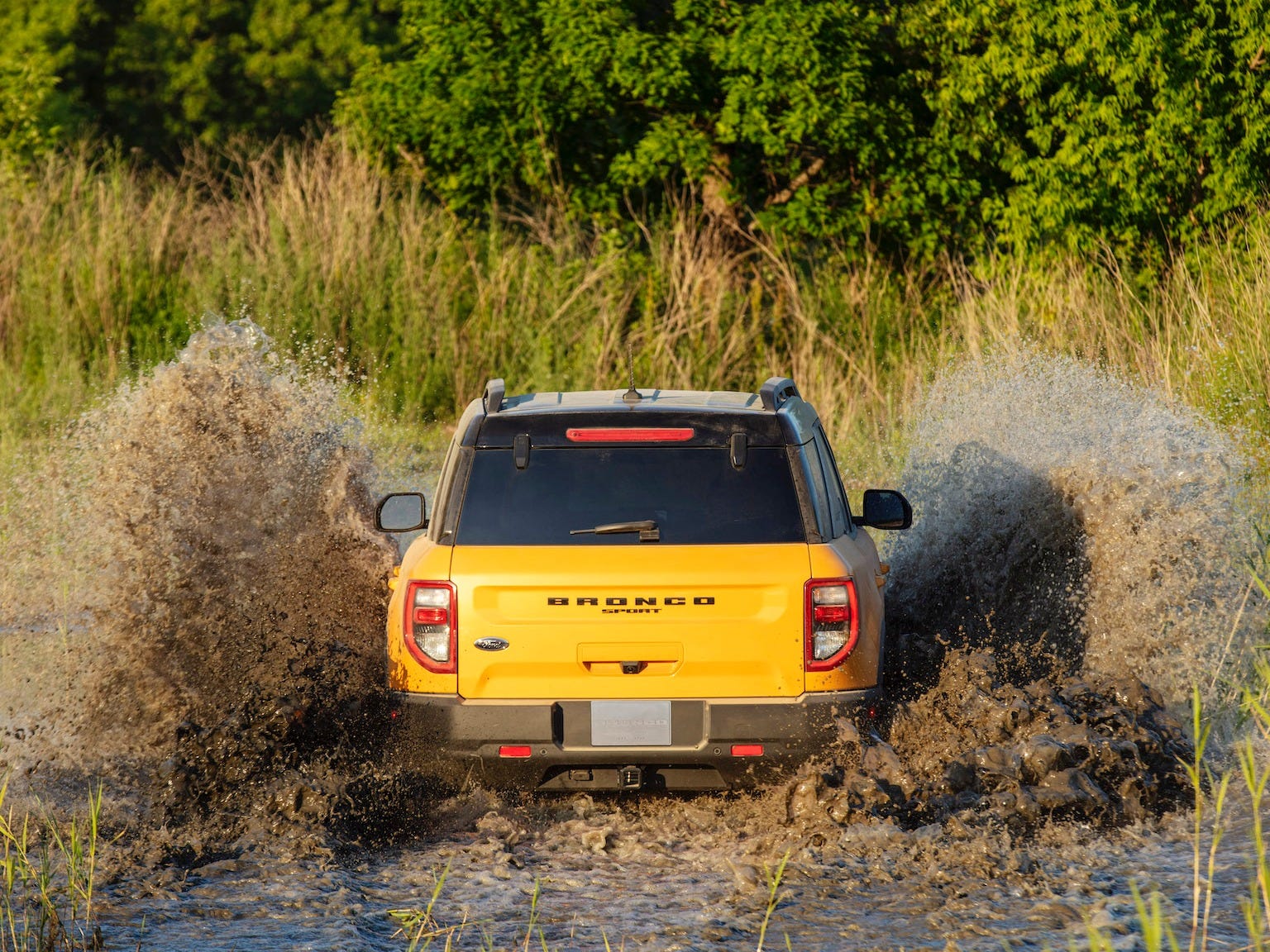 For the Sport, the range is Base, Big Bend, Outer Banks, Badlands — and First Edition. 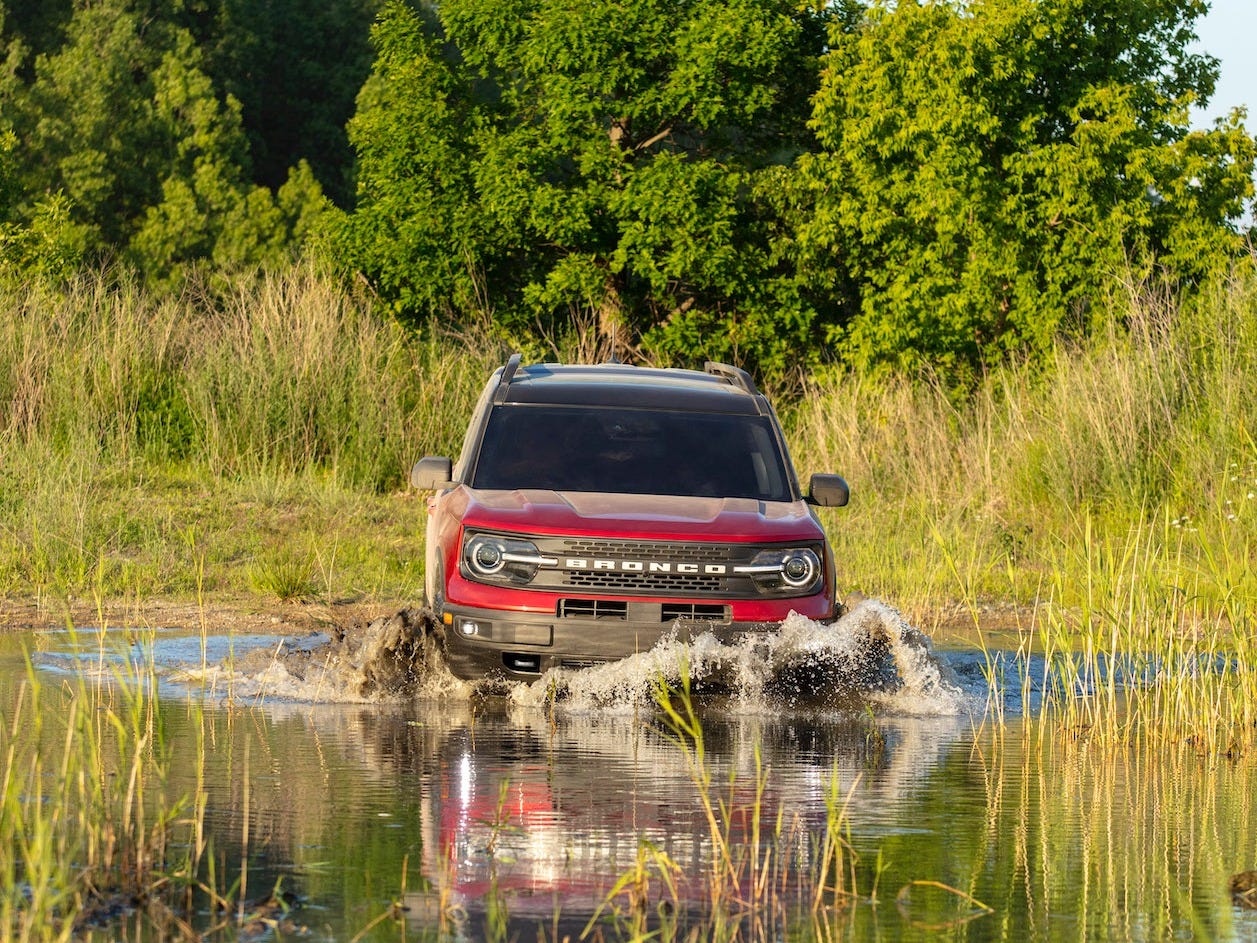 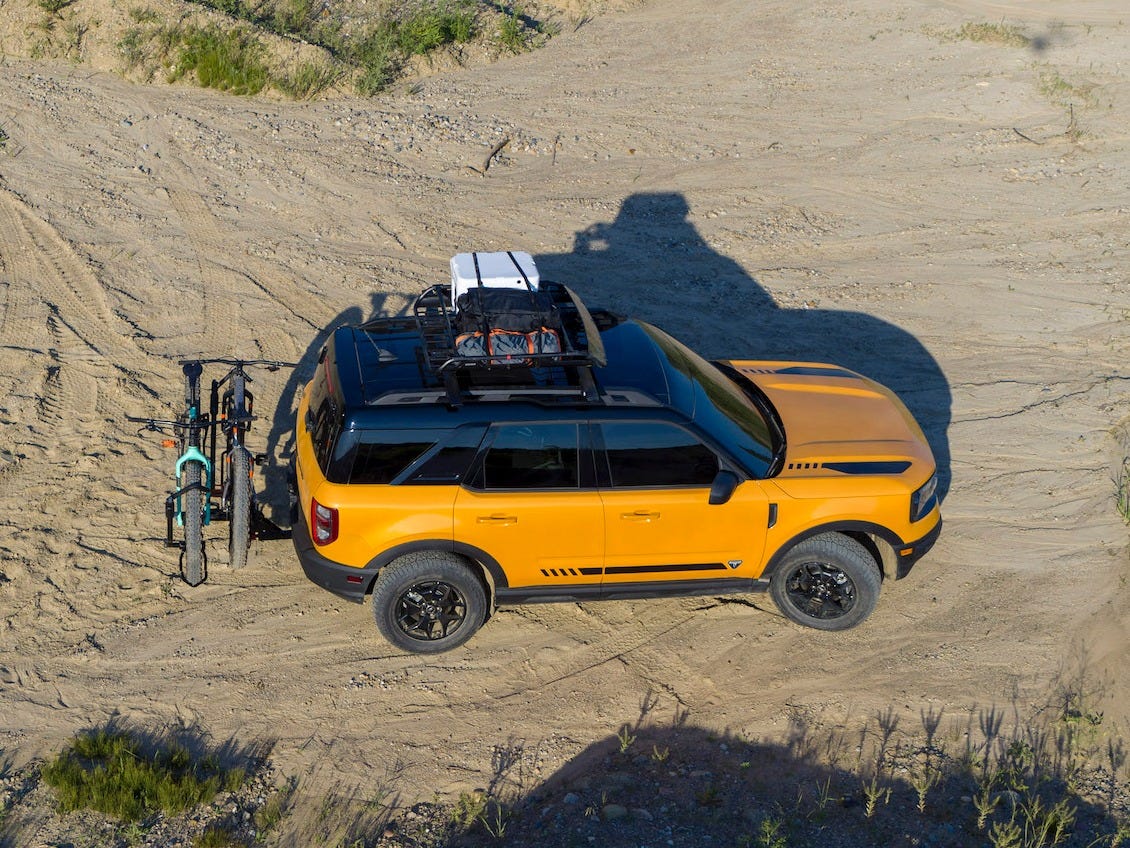 The First Edition Bronco adds a “Sasquatch” package: “35-inch tires with 17-inch wheels, front- and rear-locking differentials … and electronic-locking front and rear axle,” according to Ford. Plus a higher suspension and special fender flares. 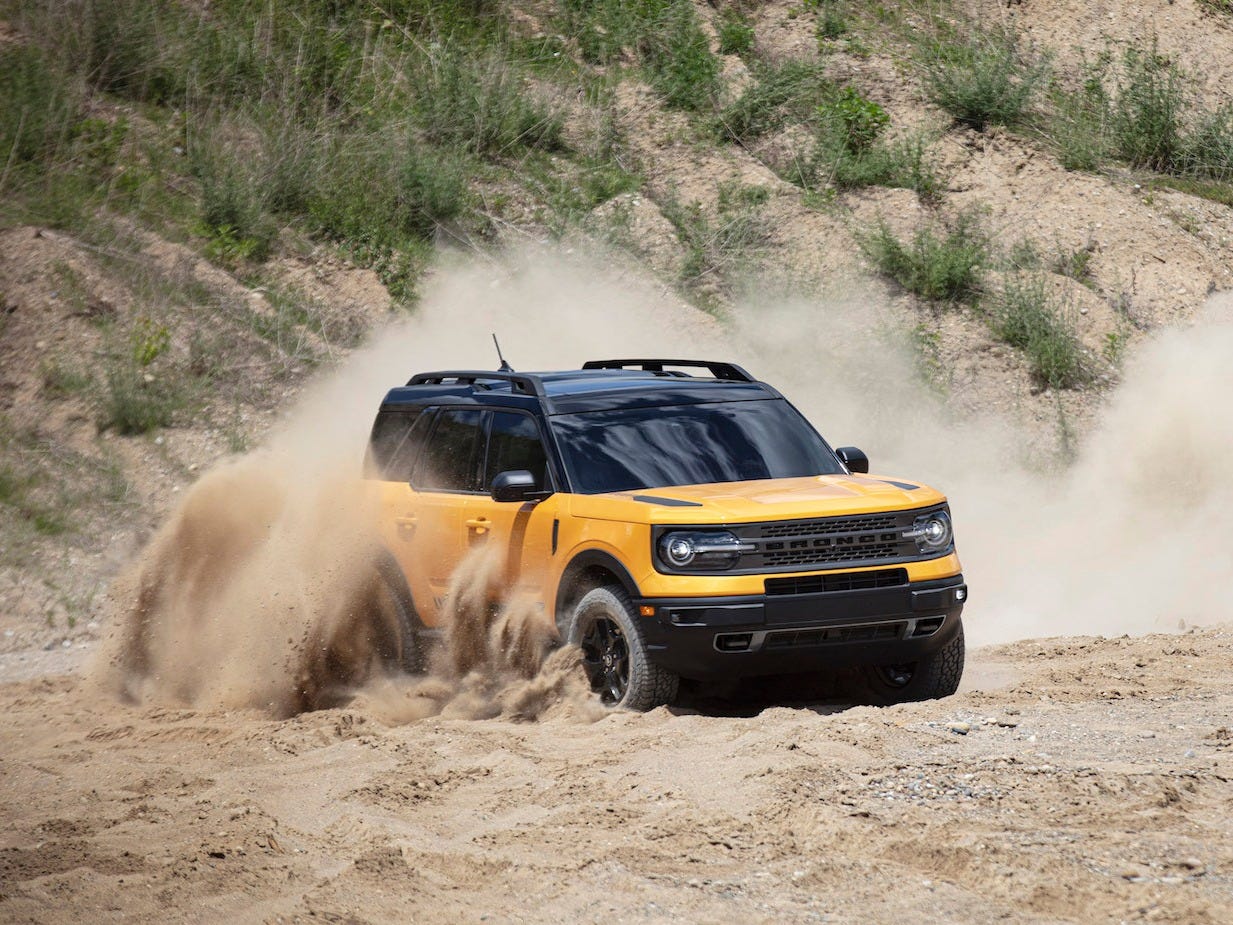 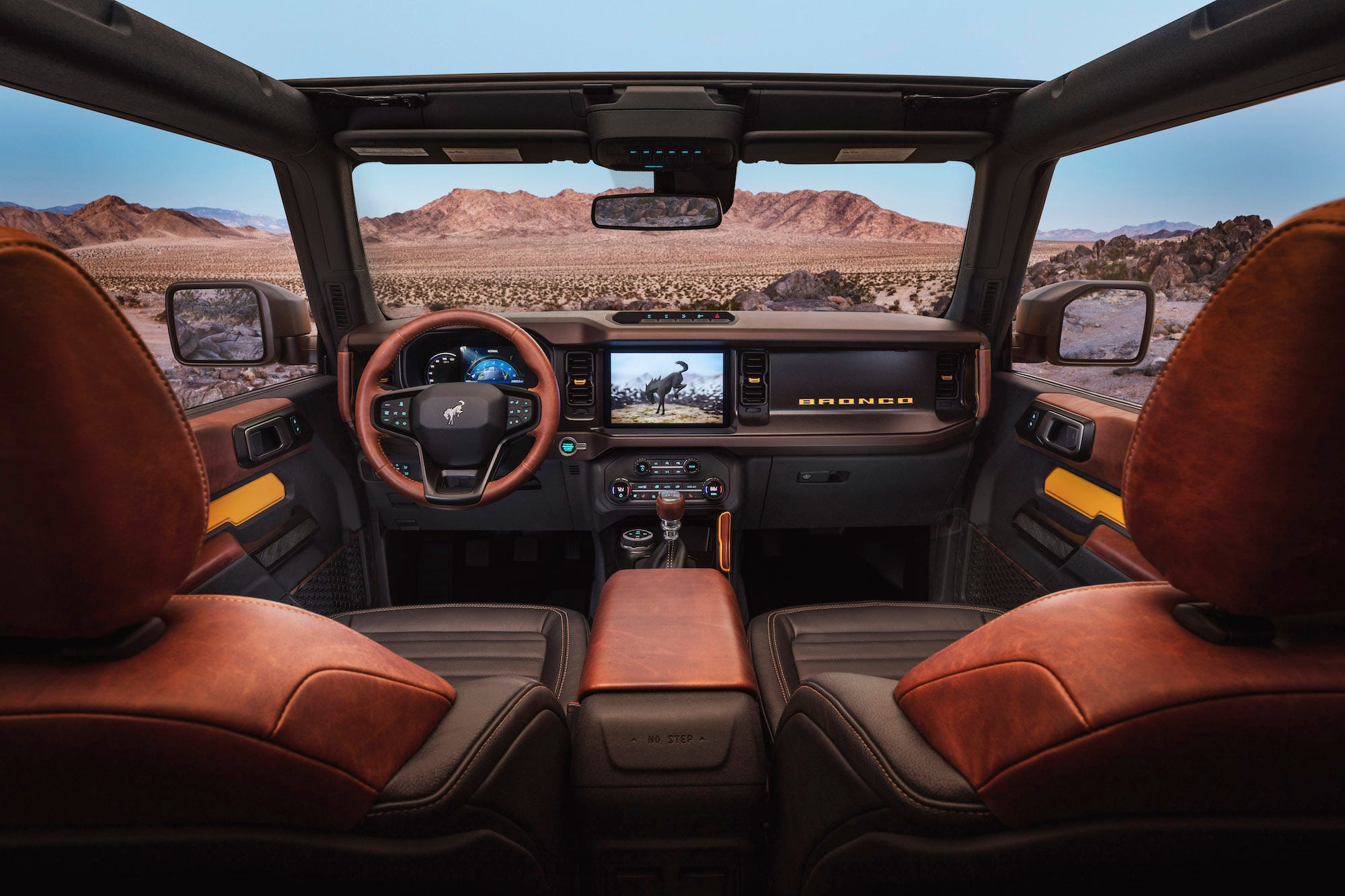 The Bronco was designed using “human-centric” principles that required fast prototyping, so that designers and engineers could assess how real people were using the SUV. 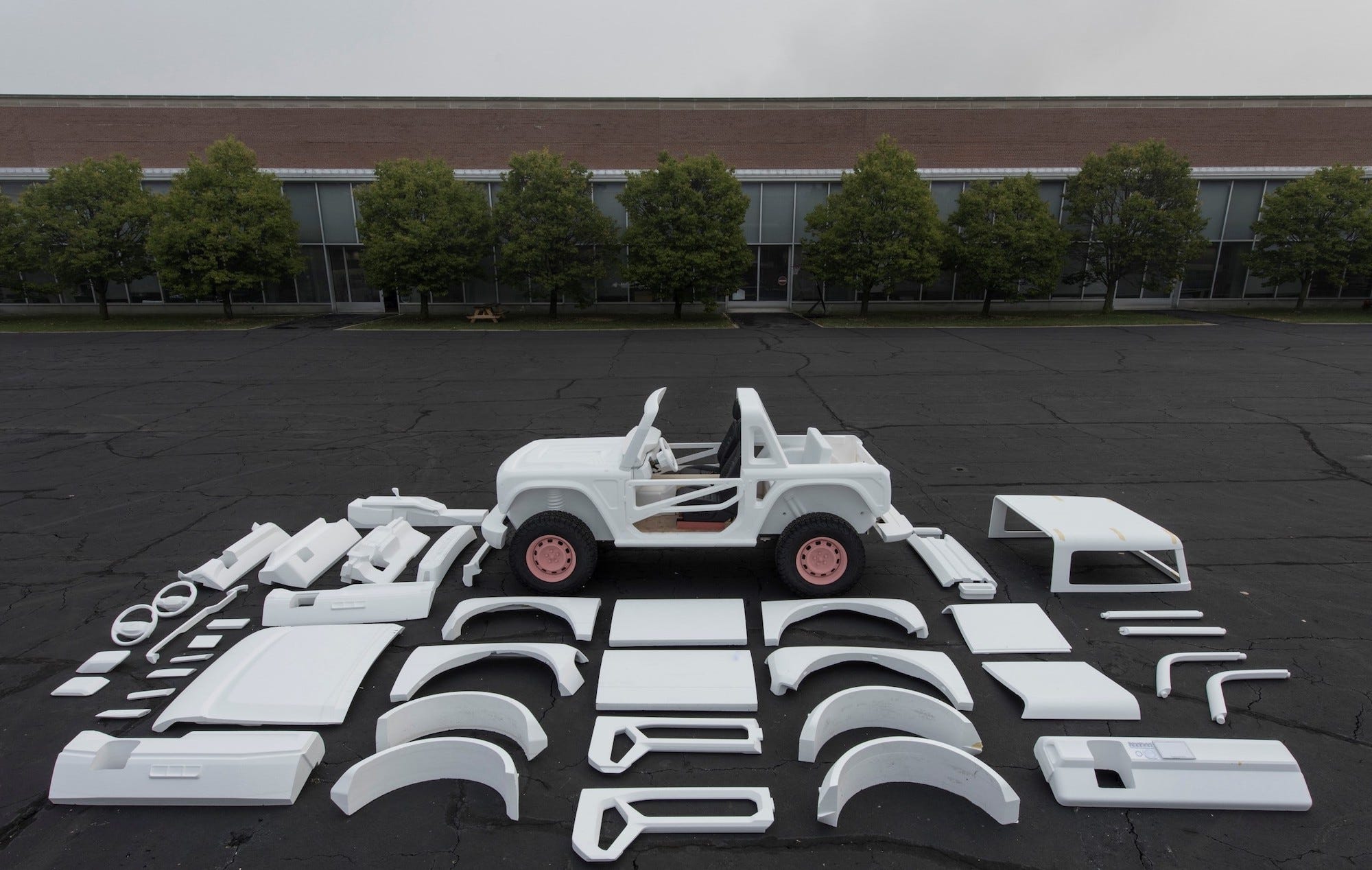 The two- and four-door Broncos are built on a body-on-frame platform, while the Sport is a unibody design. 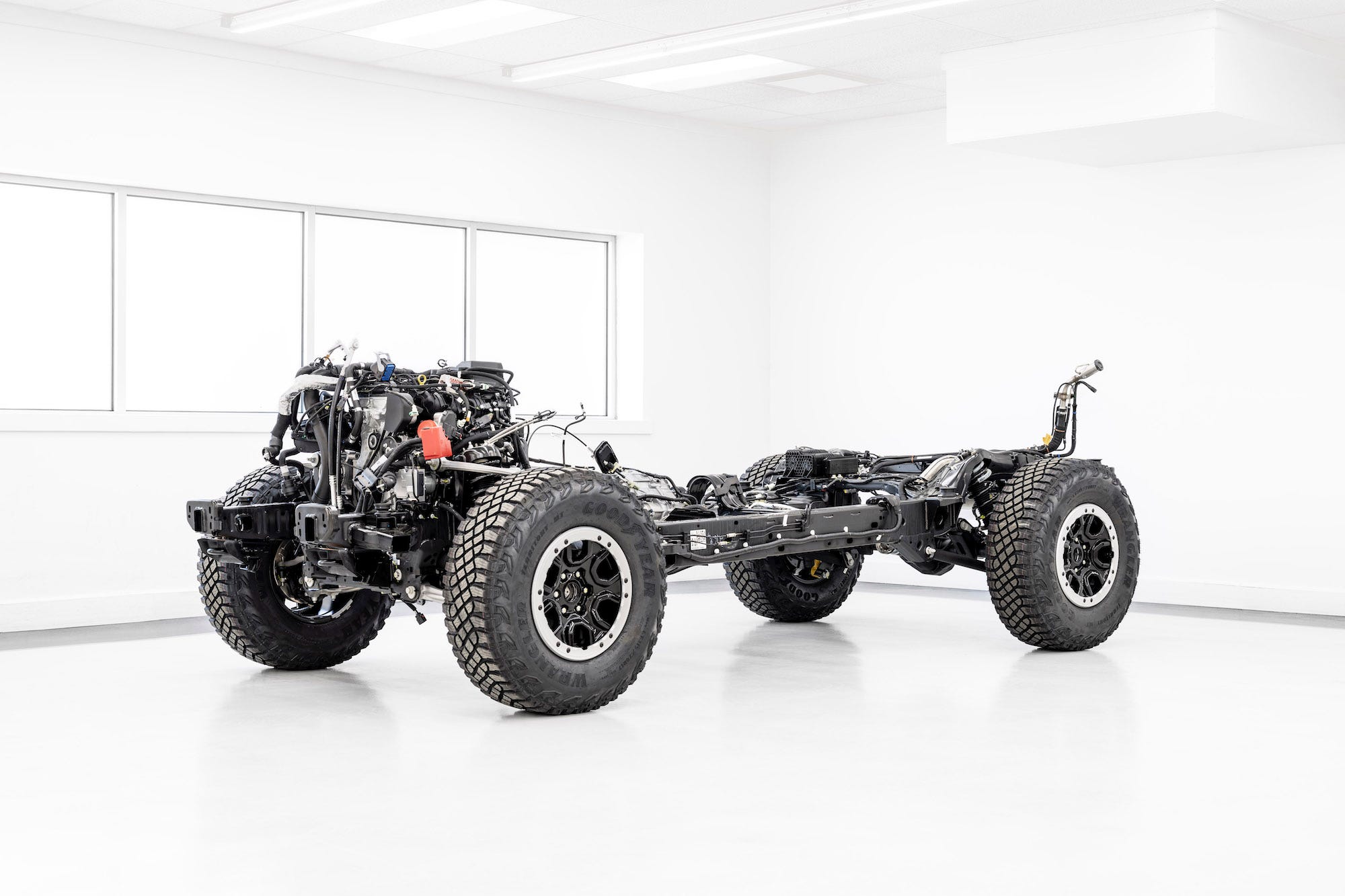 The First Edition, as Roadshow noted, is based off the Badlands trim. 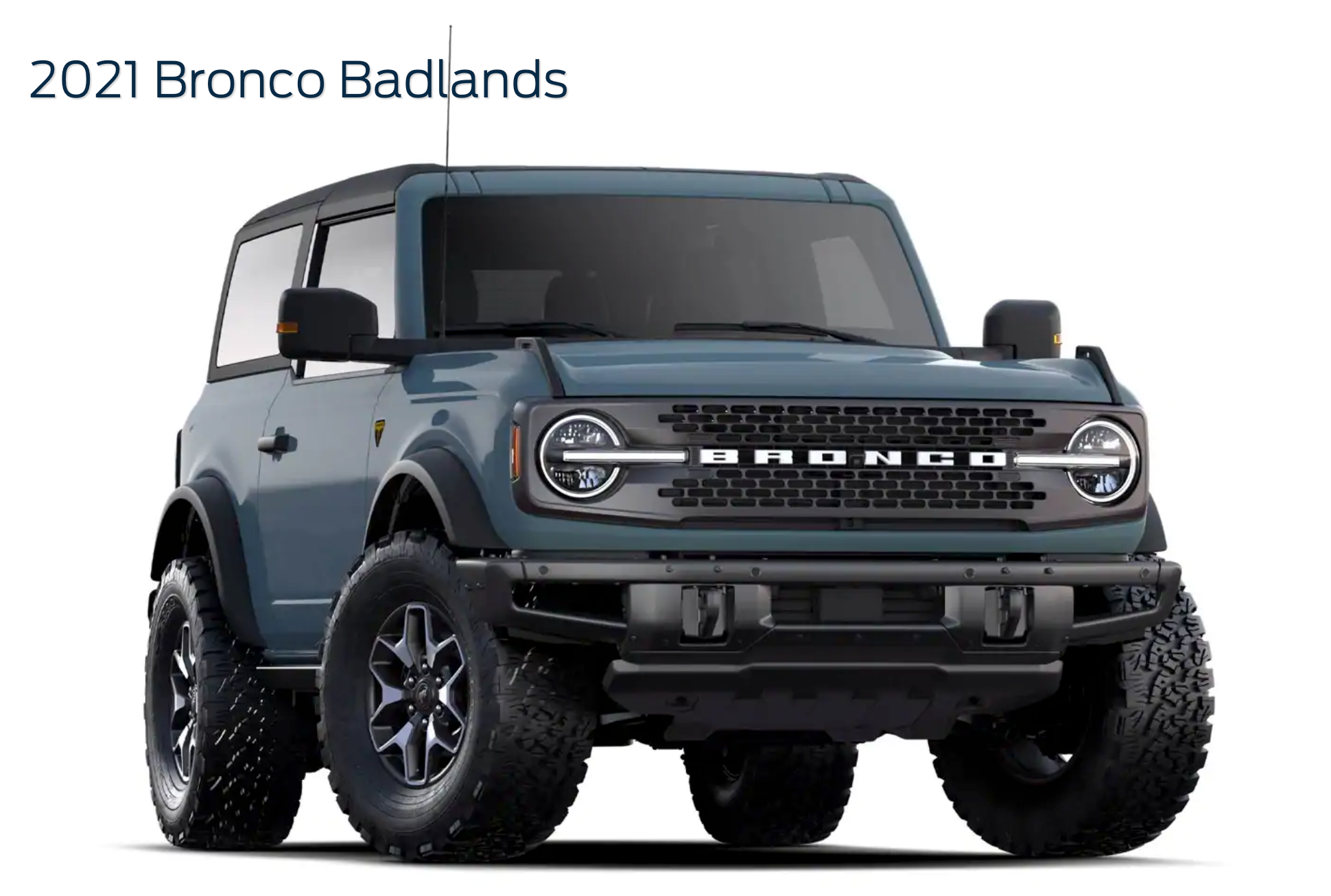 It was developed for the two-door and the four-door … 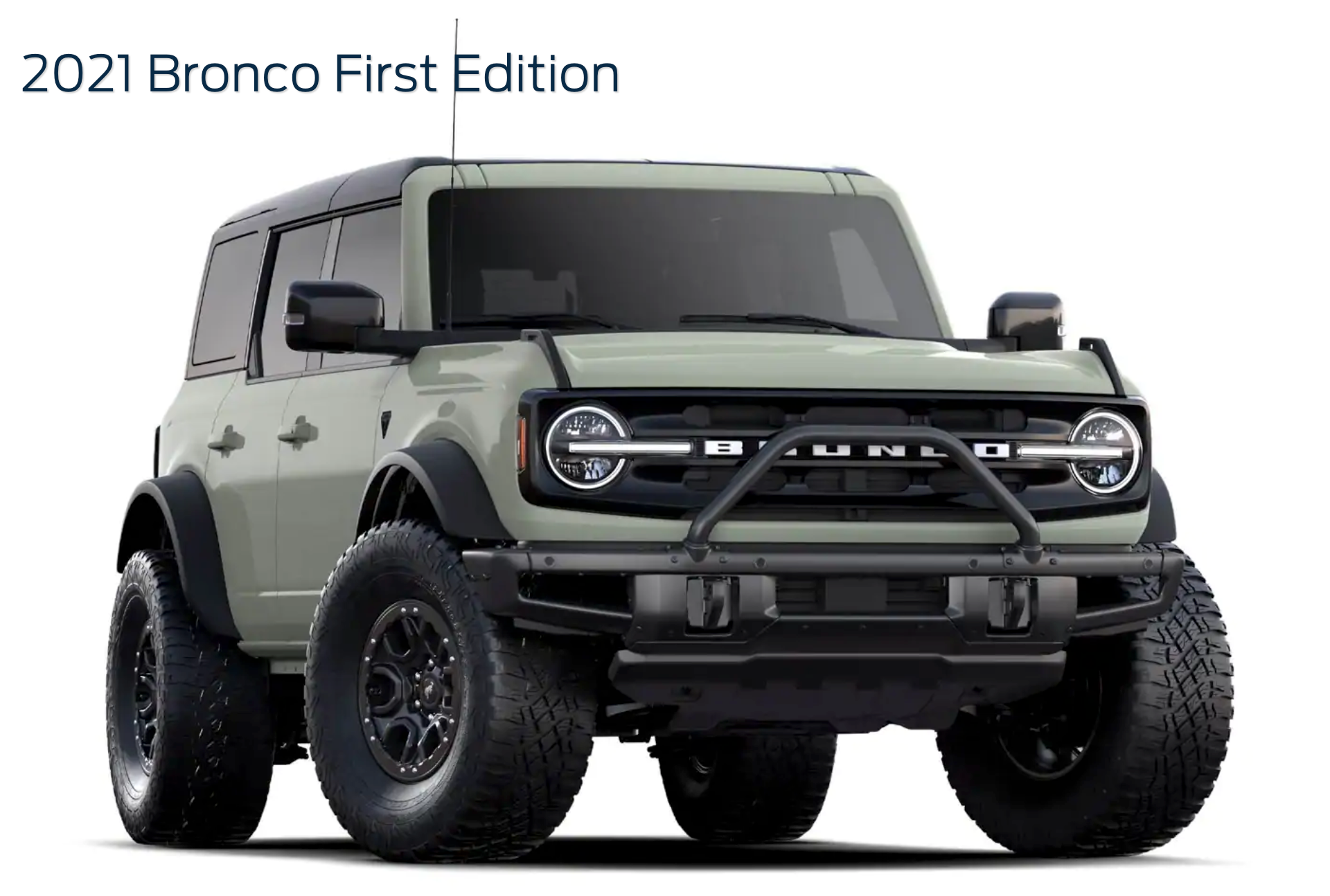 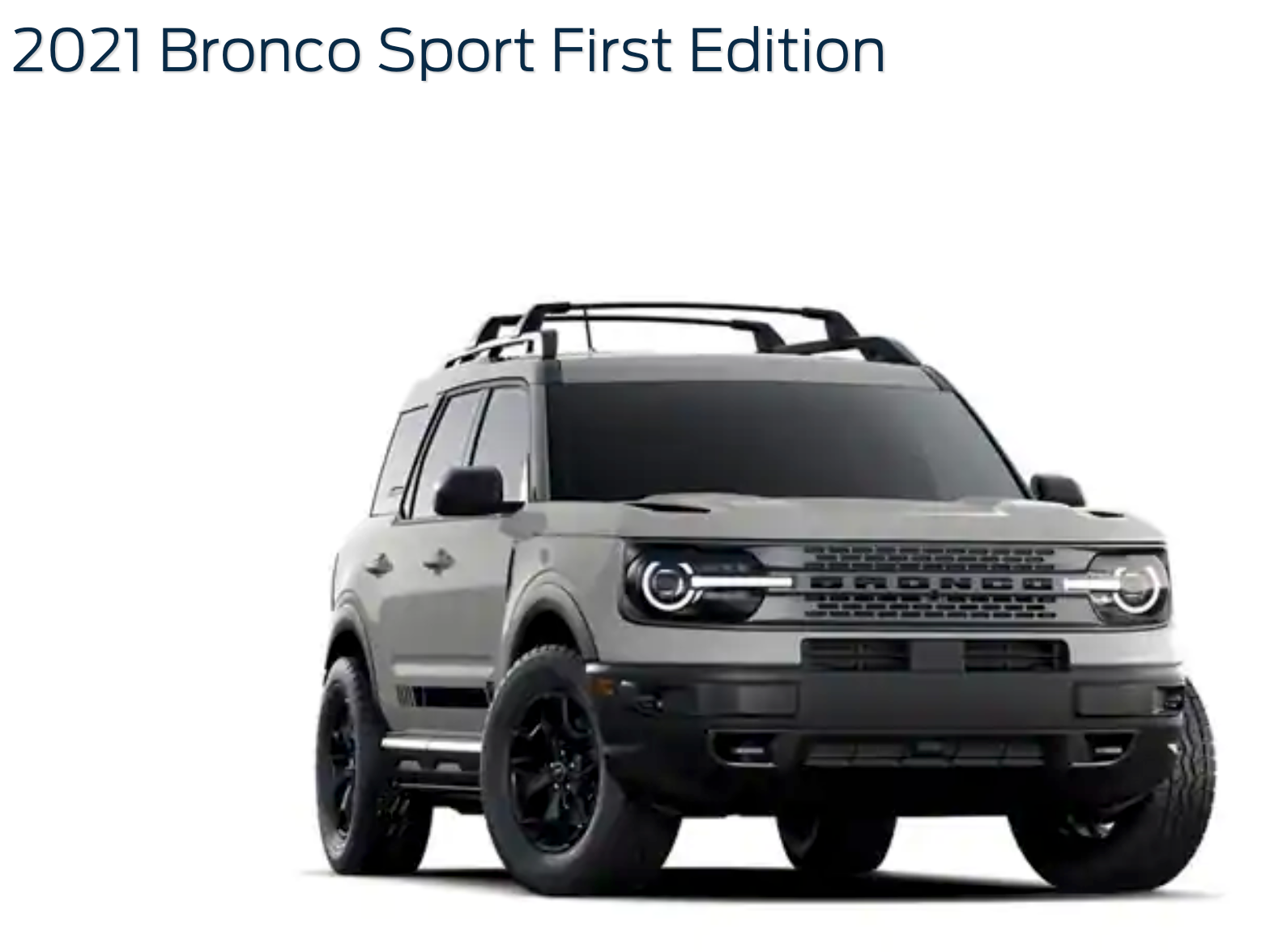 The First Edition shares will all the trims and packages an embrace of a full-on outdoorsy, active lifestyle. 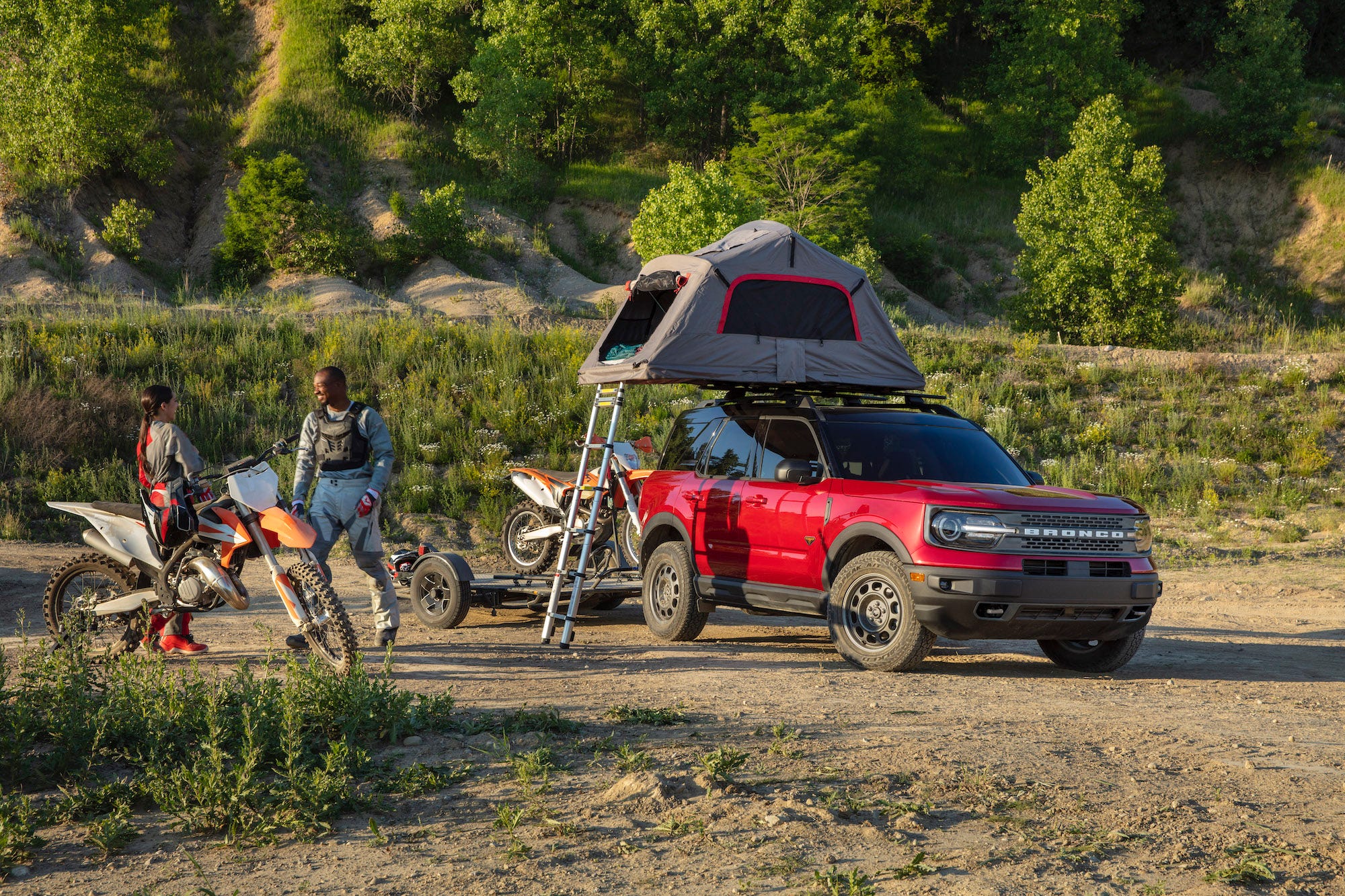 Bronco was designed to be used. You can hose the mud and dirt out of the cabin, remove the doors and roof on the two- and four-doors, and browse hundred of aftermarket accessories. 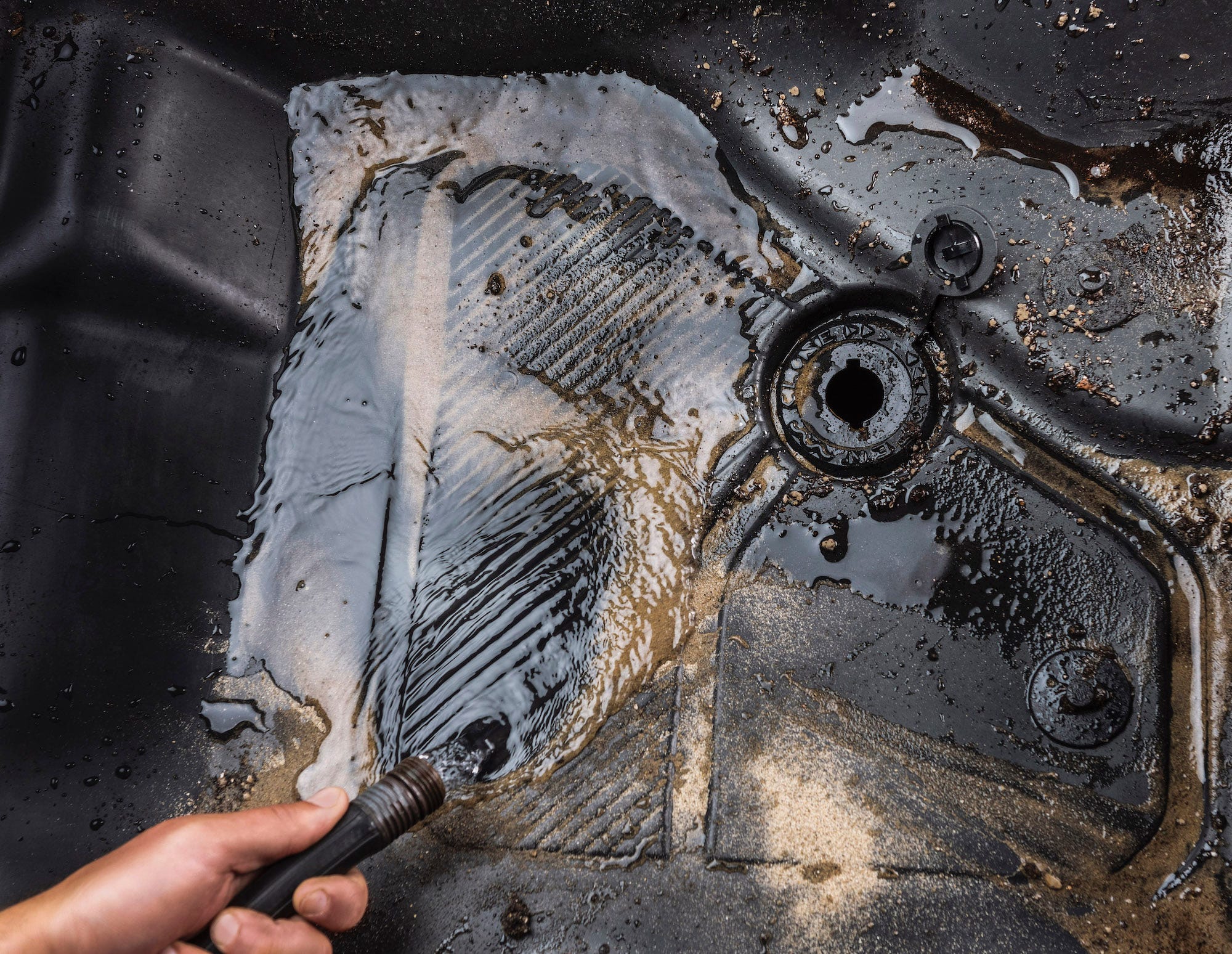 Ford has reportedly booked every First Edition reservation available, so if you must have one, you’re going to have to try to find a prospective owner to buy from. 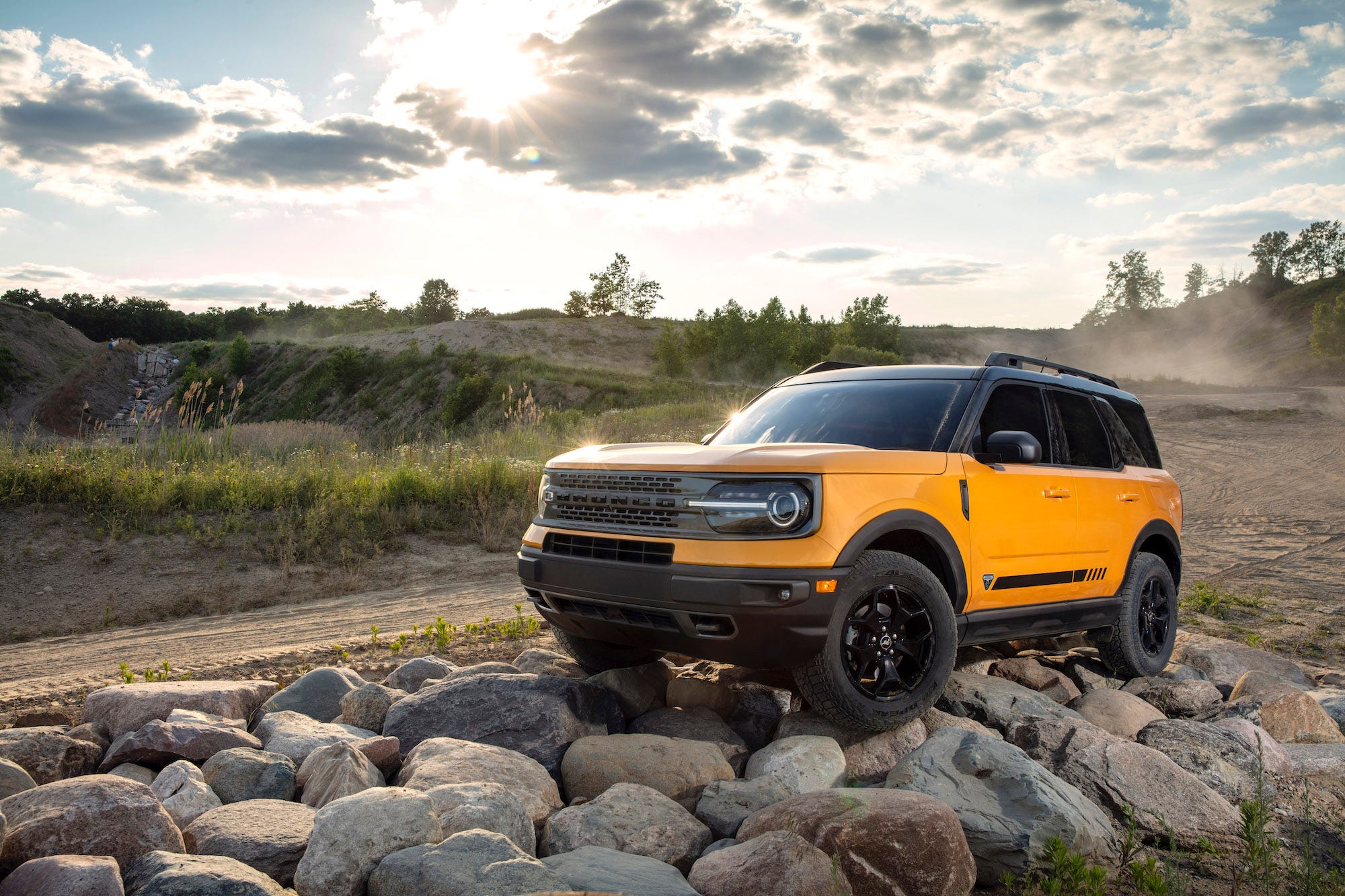