11 foods you're probably eating wrong, plus the right way to eat them When it comes to food, you’re bound to come across certain delicious dishes that require a bit of extra effort or know-how to properly enjoy.

Of course, you can eat any dish however you’d like, but with some helpful tips, you may like it even more.

Here are 11 foods you could be eating “incorrectly” and the proper way to eat them for maximum enjoyment.

Soup dumplings can be messy, so you should suck the soup out of them before eating. 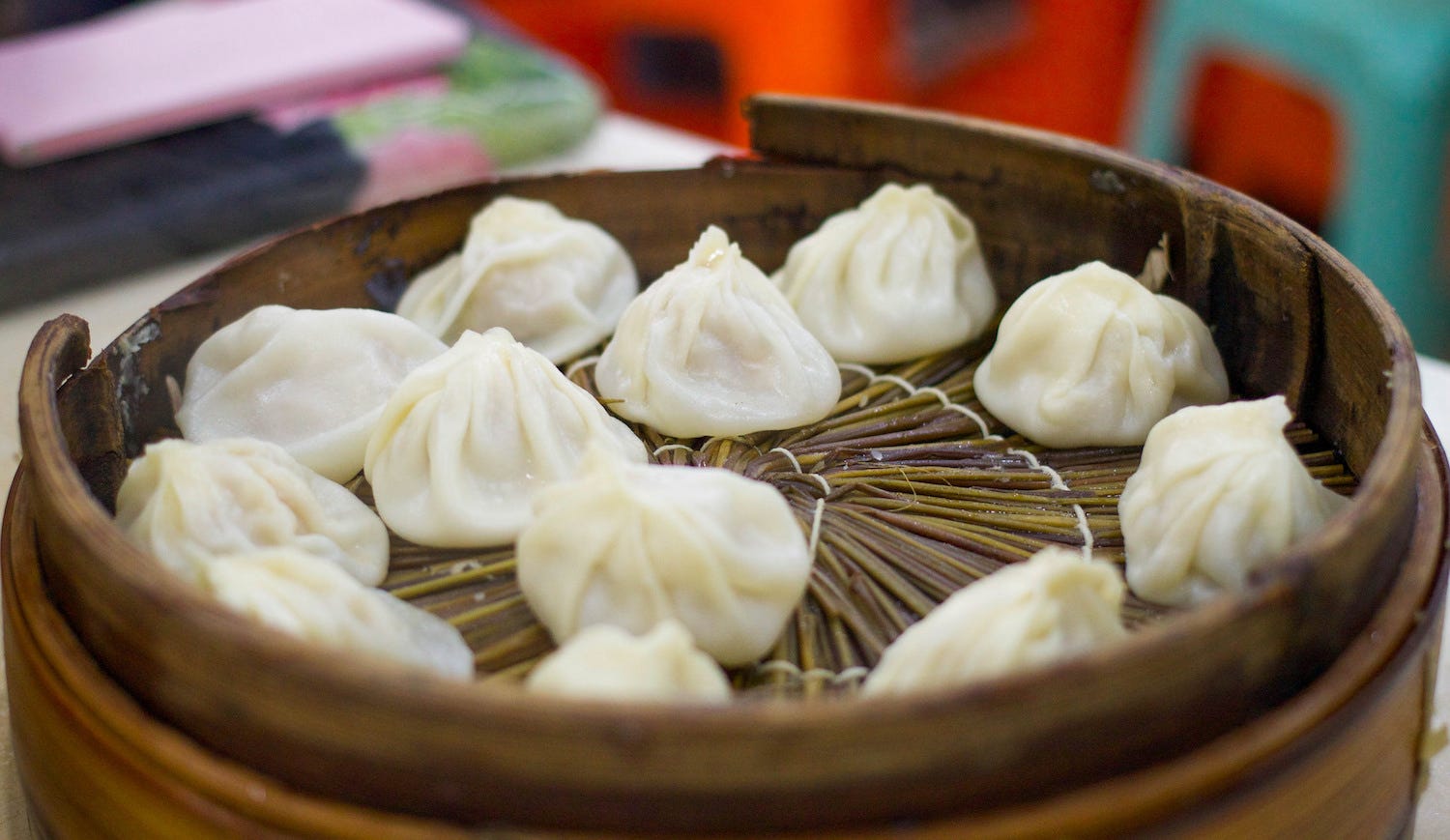 Also known as Xiao Long Bao, soup dumplings are a staple of Shanghainese cuisine and a highly satisfying bite on cold winter nights.

However, because you’re dealing with hot liquid soup encased in dumpling dough, eating them frequently results in spilled broth and messy plates.

Brooklyn-based dumpling maker Melissa Chan told The Huffington Post that, for the best dumpling eating experience, you’ll want to bite the dumpling to make a small puncture and then suck the soup out of the opening before eating the drained dumpling.

When eating chicken wings, don’t hesitate to clean the bones. 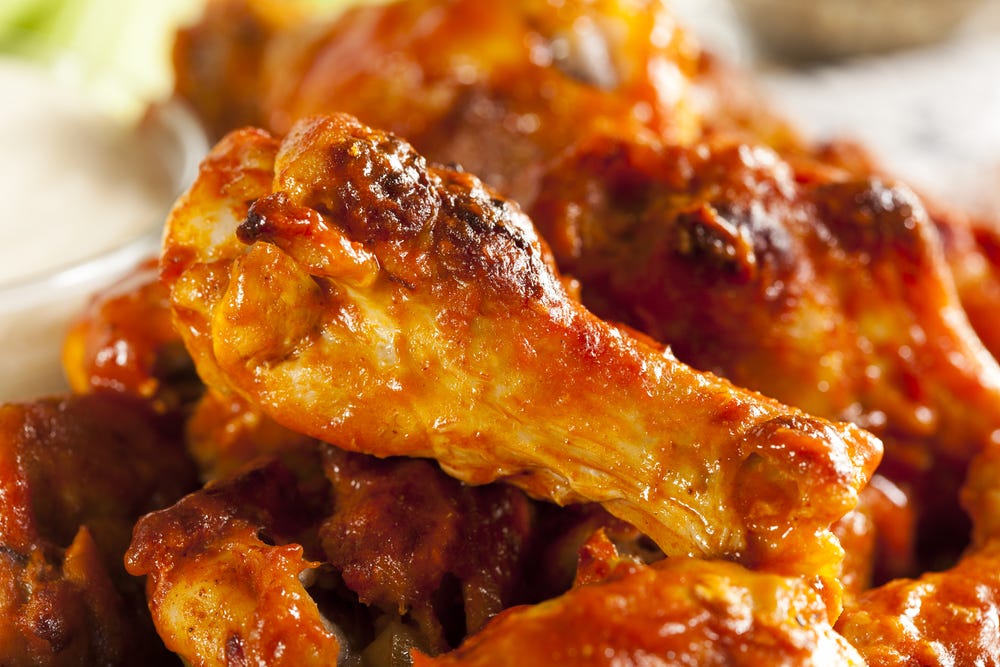 ShutterstockChicken wings are meant to be messy.

Some may suggest intricately extracting bones before enjoying your wings, but according to Serious Eats wing expert Daniel Gritzer, taking such pains to remove the bones misses the whole point of chicken wings.

Using your teeth to scrape the bones clean is part of the experience.

It’s messy, it’s visceral, and it can be incredibly satisfying. It can also help you to get the most meat and flavour out of your chicken wing.

Don’t rush through your bowl of ramen. 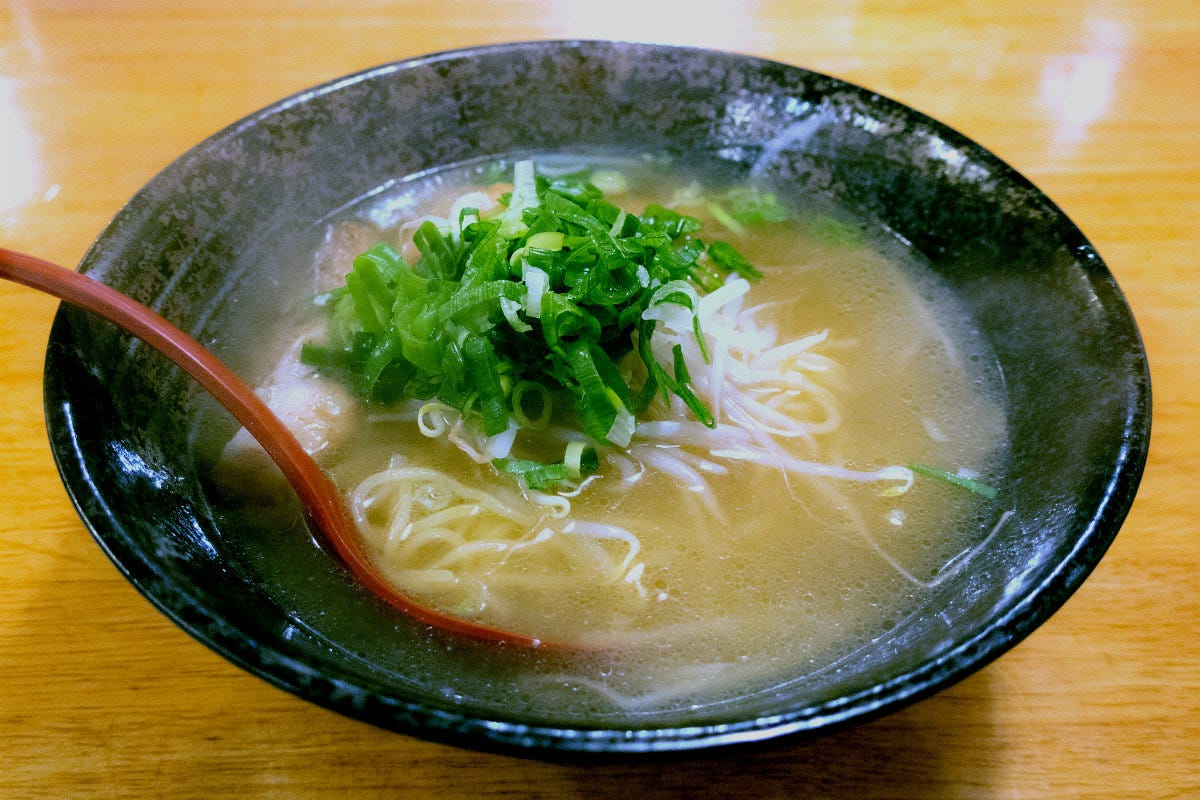 When presented with a steaming bowl of ramen, it can be tempting to plunge your spoon and chopsticks in and start shoveling.

But according to Ivan Slurp Shop impresarios Ivan Orkin and David Poran, it’s crucial to take your time to fully appreciate every element of the dish.

Orkin and Poran told Business Insider that a great way to enjoy ramen is to use chopsticks to pull a few noodles out of the bowl, then dip them back into the bowl to soak up some broth and fat.

Afterward, you’ll want to mix things up a bit, alternating between strips of noodles, sips of broth, and mouthfuls of veggies and meat. At the end of the meal, lift the bowl directly to your lips to drink the remaining broth.

Of course, this is all just a suggestion – Poran said “there are no rules” when it comes to enjoying ramen.

You may not be eating sushi the proper way if you dip the rice side into soy sauce. 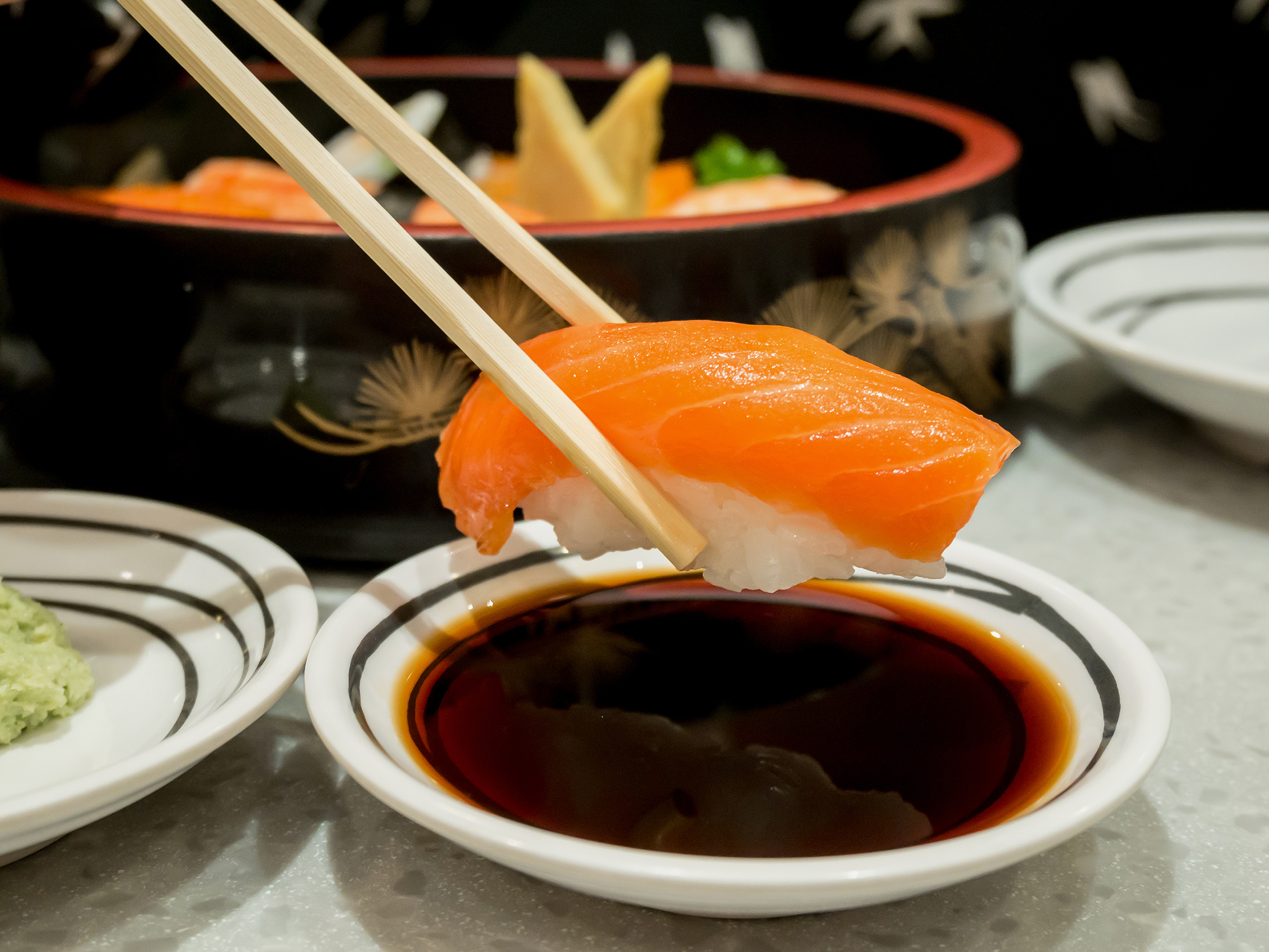 ShutterstockPictured above is the incorrect way to dip your sushi into soy sauce.

According to renowned sushi chef Nobuyuki Matsuhisa, founder of the Nobu restaurants, a lot of people eat sushi incorrectly.

He said that when you dip your sushi in soy sauce, you should keep it fish-side-down since the rice absorbs the salty sauce too quickly.

Matsuhisa also said that you can enjoy your sushi with your fingers, but chopsticks work just fine.

Planning to chow down on a slice of New York pizza? “The fold” is key. Frazer Harrison/Getty ImagesThe fold helps the oil drip off of the pizza as you eat it.

The classic New York slice – a hand-tossed, thin-crust pizza topped with marinara and mozzarella – is traditionally taken to-go, and local lore dictates that it be eaten in a very specific way.

Knife and fork? Absolutely not. Mopping the oil off the top? Don’t even think about it.

Instead, Serious Eats’ resident pizza aficionado Adam Kuban suggests a time-honoured technique, which he calls the “Fold Hold.” It’s simple, really: just fold your slice in half, tip it over the plate to drain off any unnecessary grease, and go to town.

Raw oysters don’t have to be slurped whole. ShutterstockNo need to swallow them whole.

The seemingly fancy dish can be intimidating, especially because pop-culture folklore dictates the need to slurp down your oysters whole without chewing.

But oyster-shucking champ John Bil told Vanity Fair that swallowing them whole isn’t necessary or even beneficial to your oyster-eating experience.

After using your fork to see if the oyster is detached, Bil suggests slurping the oyster from the wide-end.

“Chew the fish once or twice before you swallow it. It’s an urban legend that you are supposed to let it slide down your throat without biting into it,” he told Vanity Fair. “Think of an oyster like a grape: if you don’t chew the grape, you won’t get the full flavour.”

There’s a shortcut that can cut your pistachio-shucking time in half. 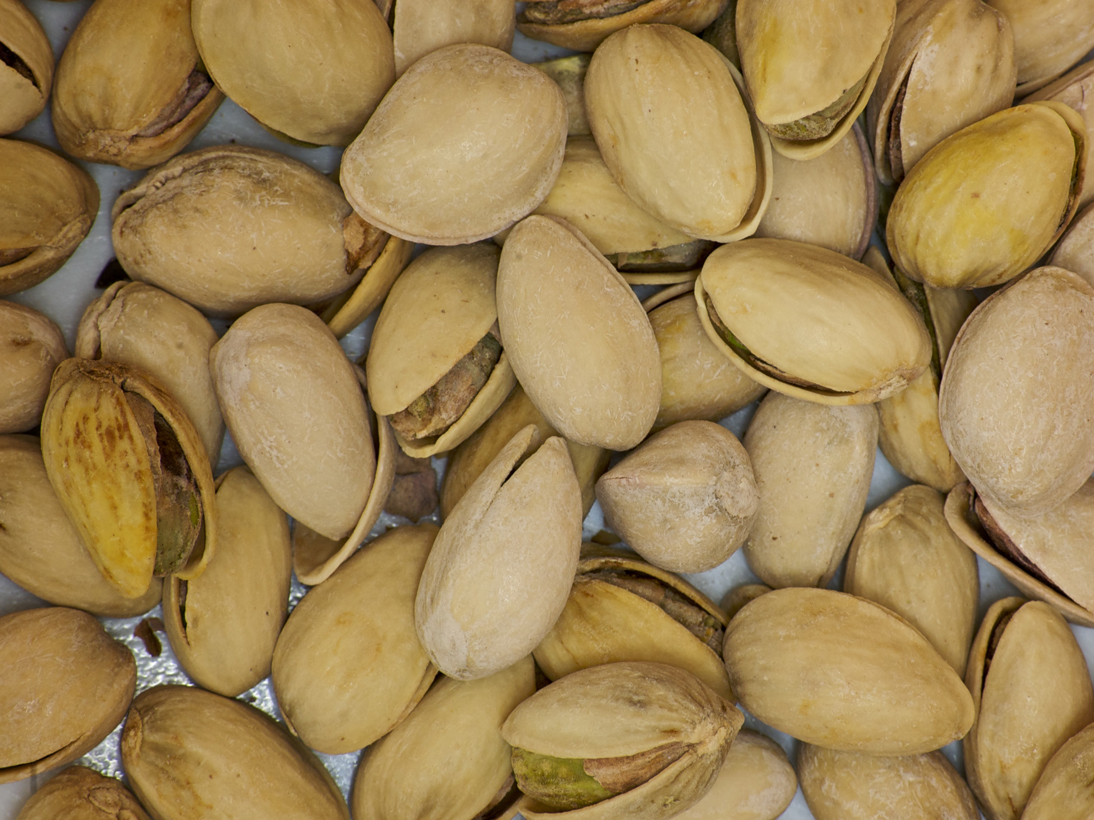 Casey Fleser/FlickrPistachios are easier to open if you use a discarded shell.

Pistachios are a delicious afternoon snack, but the effort involved in opening them can lead to broken nails and a lot of fuss.

However, Lifehacker’s trick involving a discarded shell could drastically speed up your pistachio-opening process.

There’s no wrong way to eat a cupcake, but there is a way to balance out your frosting-to-cake ratio. Flickr/kickthebeatInstead of biting into a cupcake, try turning it into a sandwich.

Although cupcakes don’t require utensils, taking the first bite of a cupcake can be messy and lead to a top-heavy cupcake with an uneven ratio of frosting to cake.

But according to Foodbeast, if you unwrap the cupcake, break off the bottom, and place it over the frosting on top, you’ll wind up with a cupcake-icing sandwich that’s compact, tidy, and still offers you both cake and frosting in every bite.

If you’re using chopsticks to eat most versions of Thai cuisine, you may want to think twice. 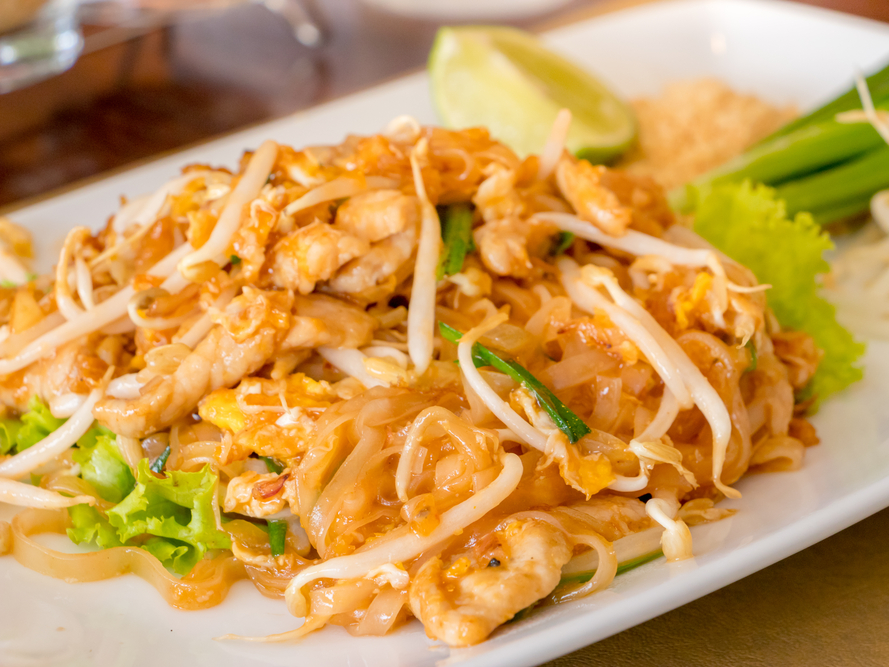 neotemlpars/ShutterstockChopsticks aren’t as authentic as you think.

Although it’s a popular assumption that Thai food should be eaten with chopsticks, this technique isn’t actually part of traditional Thai culinary culture.

Chef Ian Chalermkittichai of Issaya Siamese Club in Bangkok told Thrillist that, in Thailand, people really only use chopsticks for Chinese-inspired noodle dishes.

Chef Chalermkittichai added that for all other food items people in Thailand use knives, forks, and spoons.

There’s a certain order you should consume parts of your lobster in. 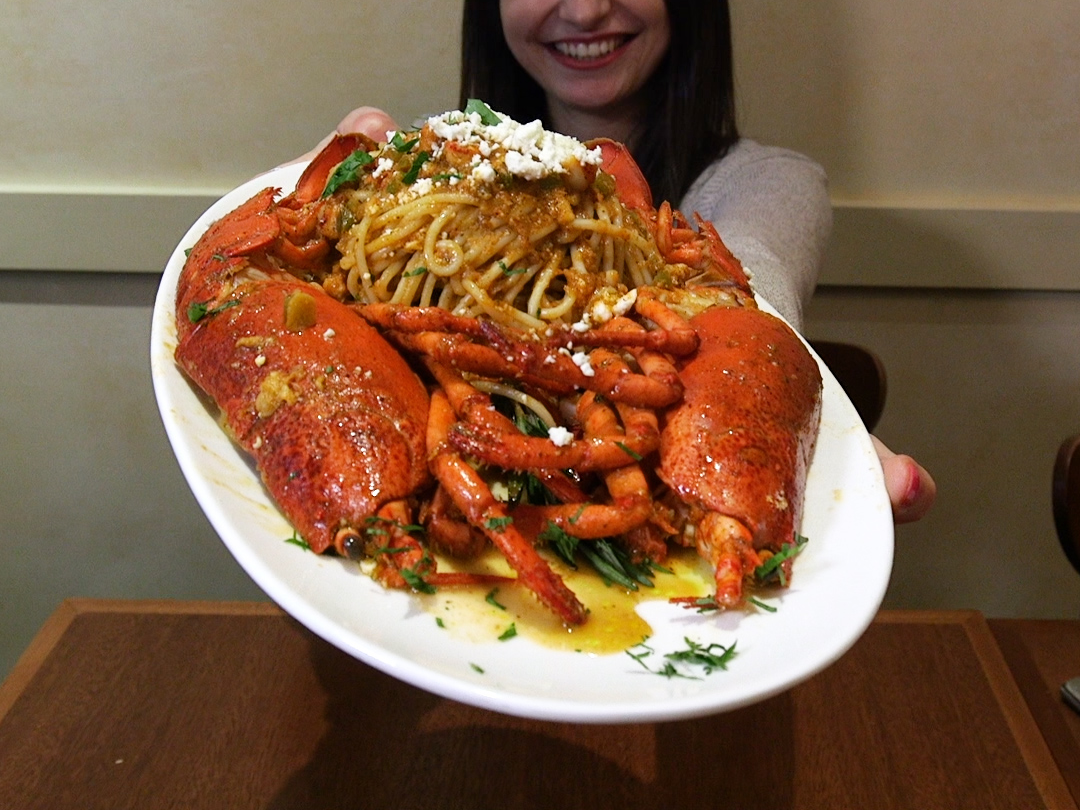 INSIDERA lobster tail typically gets cold first, so you should eat it immediately.

Cornwall also advised eating the claws last because they typically stay warm longer and can be tough to break into.

Plus, eating lobster in this order can be cleaner when it comes to disposing of the lobster’s shell.

Pomegranate seeds don’t have to be so difficult to remove. 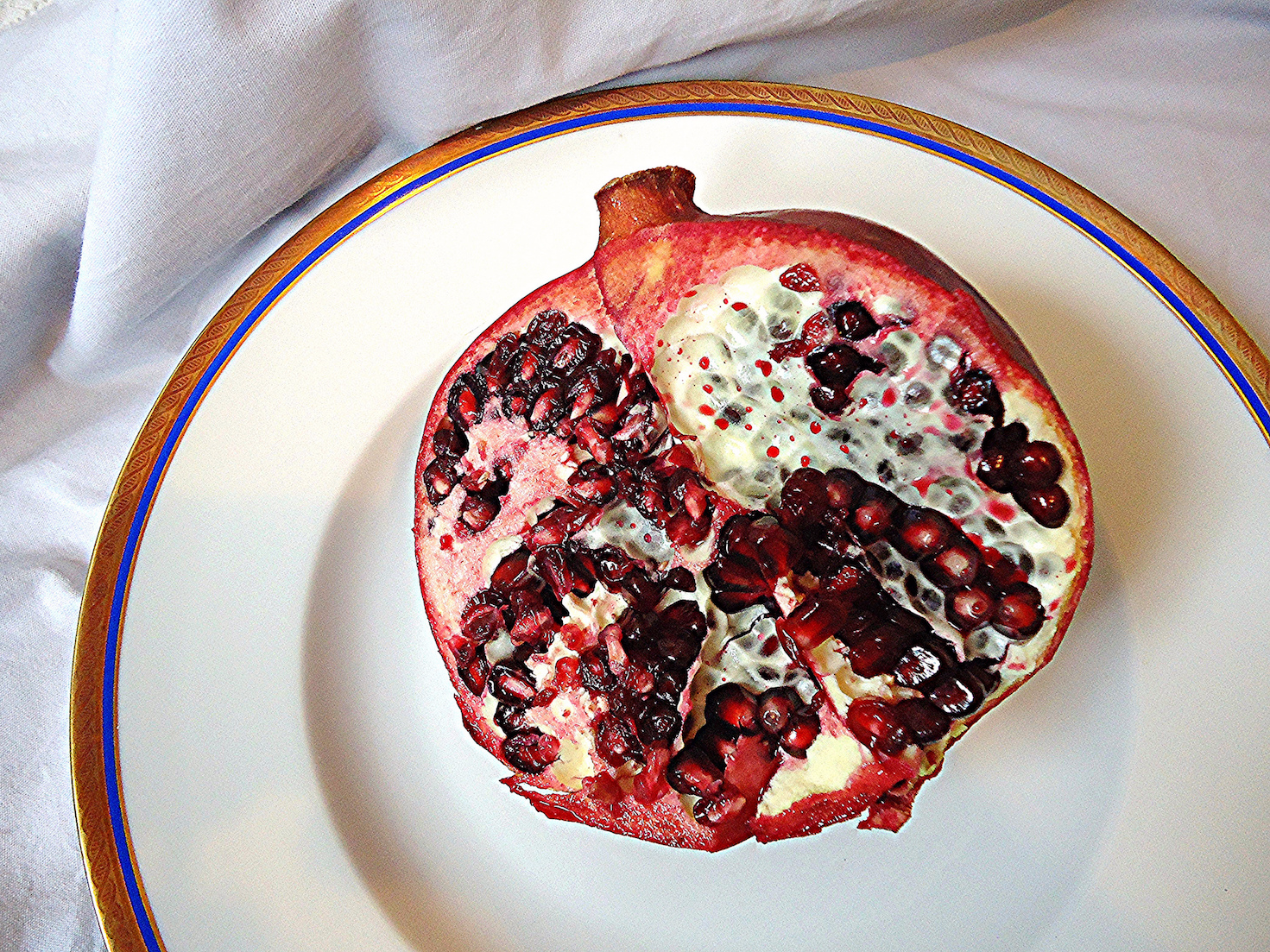 MAURO CATEB / FlickrRemoving pomegranate seeds doesn’t have to be messy.

Pomegranate seeds make for a highly versatile ingredient, working beautifully in salads, salsas, fruit salads, and many dishes in between. However, they can also be tricky to manoeuvre and just a little too much pressure will cause them to pop and stain your fingers.

To effectively shave the seeds away from the rest of the pomegranate, there are multiple removal methods out there, including one involving water.

If you’re not interested in keeping the juice, submerge the pomegranate in a bowl of water and watch the pith float to the top, leaving you with clean, easy-to-remove seeds.