15 foods you can eat past their expiration dates ShutterstockEggs have a long shelf life.

It’s a common misconception that the date printed on packaged food is a firm deadline for when you should toss it.

In reality, one of the only items in the US with a federally-regulated expiration date is infant formula ― which is why “sell by” dates and “best if used by (or before)” dates are more of a guideline than a rule.

As Paul VanLandingham, a senior faculty member at the Centre for Food and Beverage Management of Johnson & Wales University explained in an interview with WebMD, these numbers refer to food quality rather than food safety.

Although the former dictates how long a store should display a product to ensure its highest level of quality, the latter refers to long consumers should keep a product before it loses flavour or declines in quality.

When it comes to these 15 food items, you can oftentimes disregard the date on the package.

You can keep dry, boxed pasta for one to two years past its printed date. 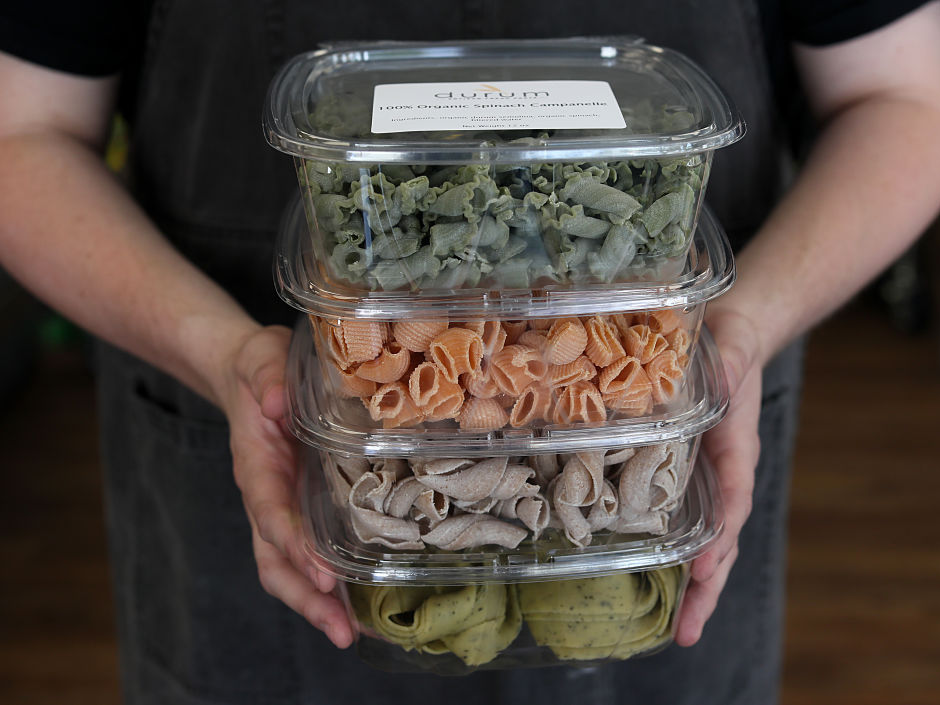 According to FoodSafety.gov, a food resource from the US Department of Health & Human Services, dry pasta can be kept for one to two years past its printed expiry date

Fresh (uncooked) pasta ― the kind you’ll often find in the refrigerated section of the supermarket next to Italian cheese ― is only good for four to five days beyond the date printed on the packaging. When frozen, it will typically keep for six to eight months.

Generally, cooked pasta, whether dry or fresh, can be kept for seven days in the fridge. In the freezer, it will typically stay fresh for six to eight months.

When it’s unopened, breakfast cereal lasts six to eight months past the date on the box. 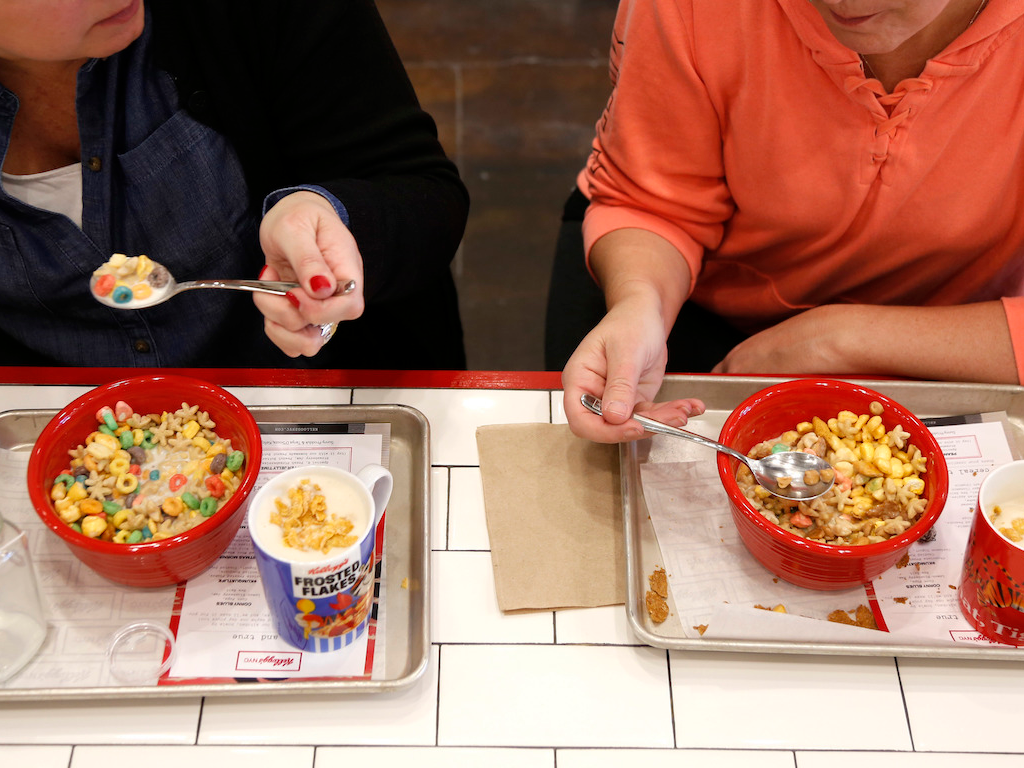 Seth Wenig/APFor fresh cereal, don’t wait too long to eat it after opening the bag.

If opened, your favourite cereal will typically stay fresh for between four and six months.

In contrast, cooked cereals such as oatmeal will only keep for four to five days in the fridge once prepared.

“Cereals don’t really go bad. There is not that much of a quality issue. If you leave your cereal box open, it can get stale, but you are still not going to get sick from it,” Emily Broad Leib, the director of Harvard Food Law & Policy Clinic, told TIME magazine.

No matter what date is on the carton, you can use eggs within three to five weeks of purchasing them. 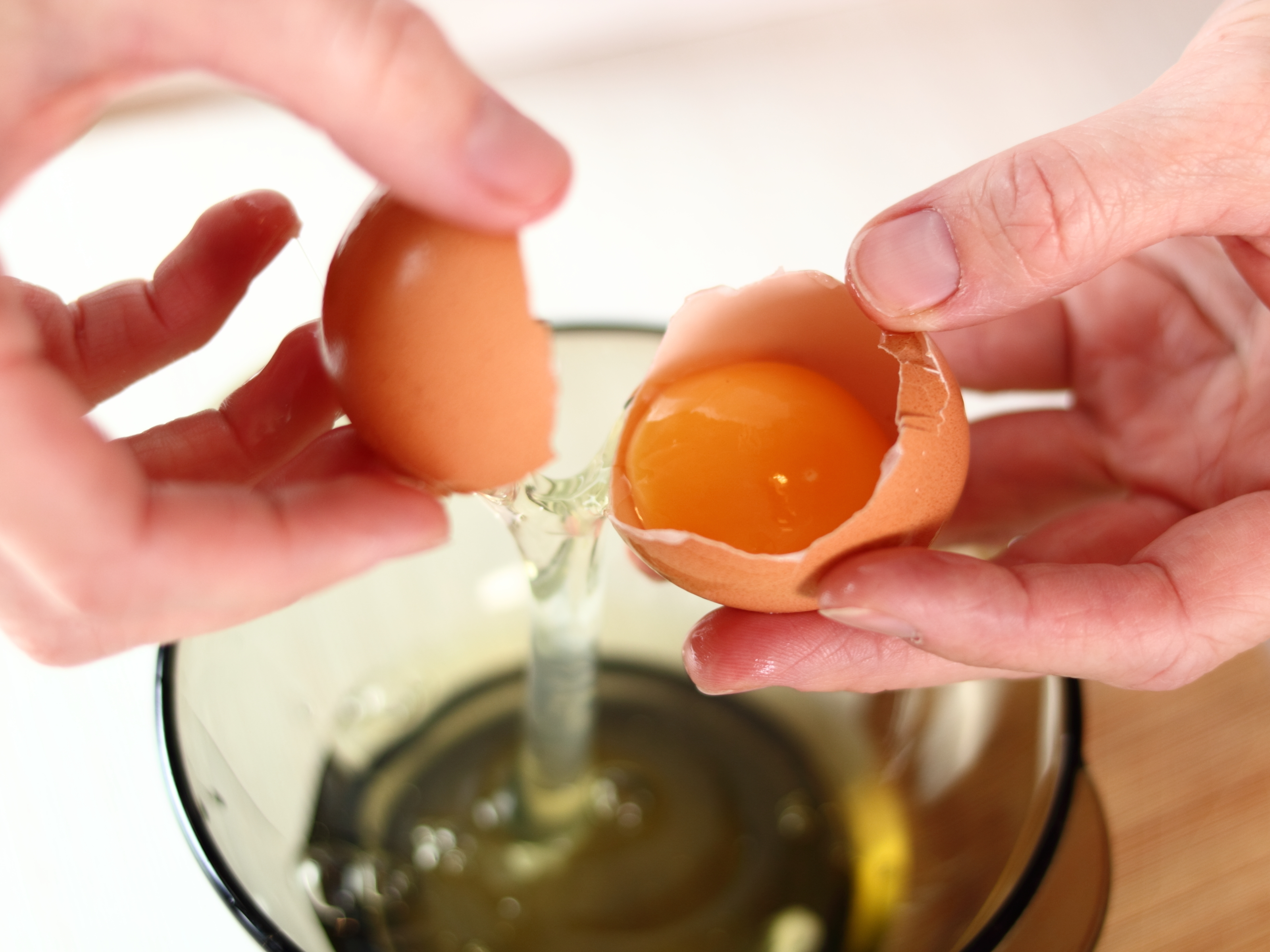 ShutterstockEggs have a longer shelf-life than presumed.

There are many ways to check if an egg has gone bad (like doing the float test or sniffing it to see if it has a sulphur smell), but generally the fresher the egg the better it tastes.

“In terms of freshness, a company can put a sell-by date or best used-by date on the carton. There is no regulation on that. The date is a good indicator of freshness,” Kevin Murphy, food safety and sanitation expert and professor and chair of hospitality services at the University of Central Florida’s Rosen College of Hospitality Management, previously told Insider.

“The closer you get to the date, the less fresh the eggs are going to be. But, just because you’ve hit that date or gone beyond it doesn’t mean that the eggs are necessarily bad,” he added.

No matter what date is printed on the carton, eggs are often safe to use within three to five weeks of when you purchase them. Hard-boiled eggs keep for up to a week in the refrigerator.

Raw meat and poultry keep long past their sell-by date if you freeze them. 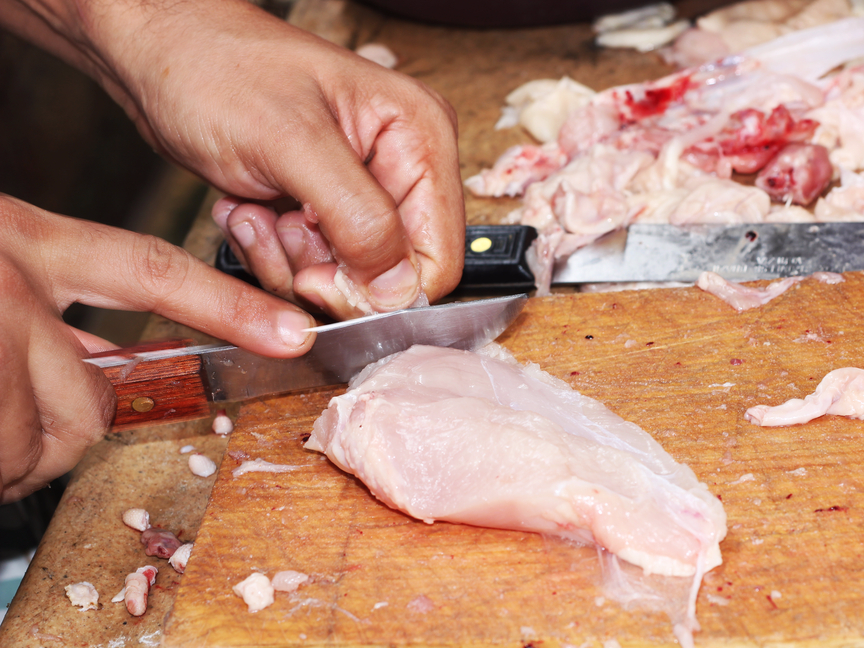 jutia/ShutterstockJust make sure to store it in the freezer.

Although raw meat and poultry will only keep for a few days in the fridge, these items can be kept past their sell-by date if you freeze them.

According to FoodSafety.gov, frozen ground meat will last three to four months, and a whole chicken or turkey can be frozen for upwards of a year.

“Food poisoning bacteria does not grow in the freezer, so no matter how long a food is frozen, it is safe to eat. Foods that have been in the freezer for months may be dry, or may not taste as good, but they will be safe to eat,” according to the US Department of Agriculture report on the agency’s blog.

Raw fish also lasts much longer in the freezer. 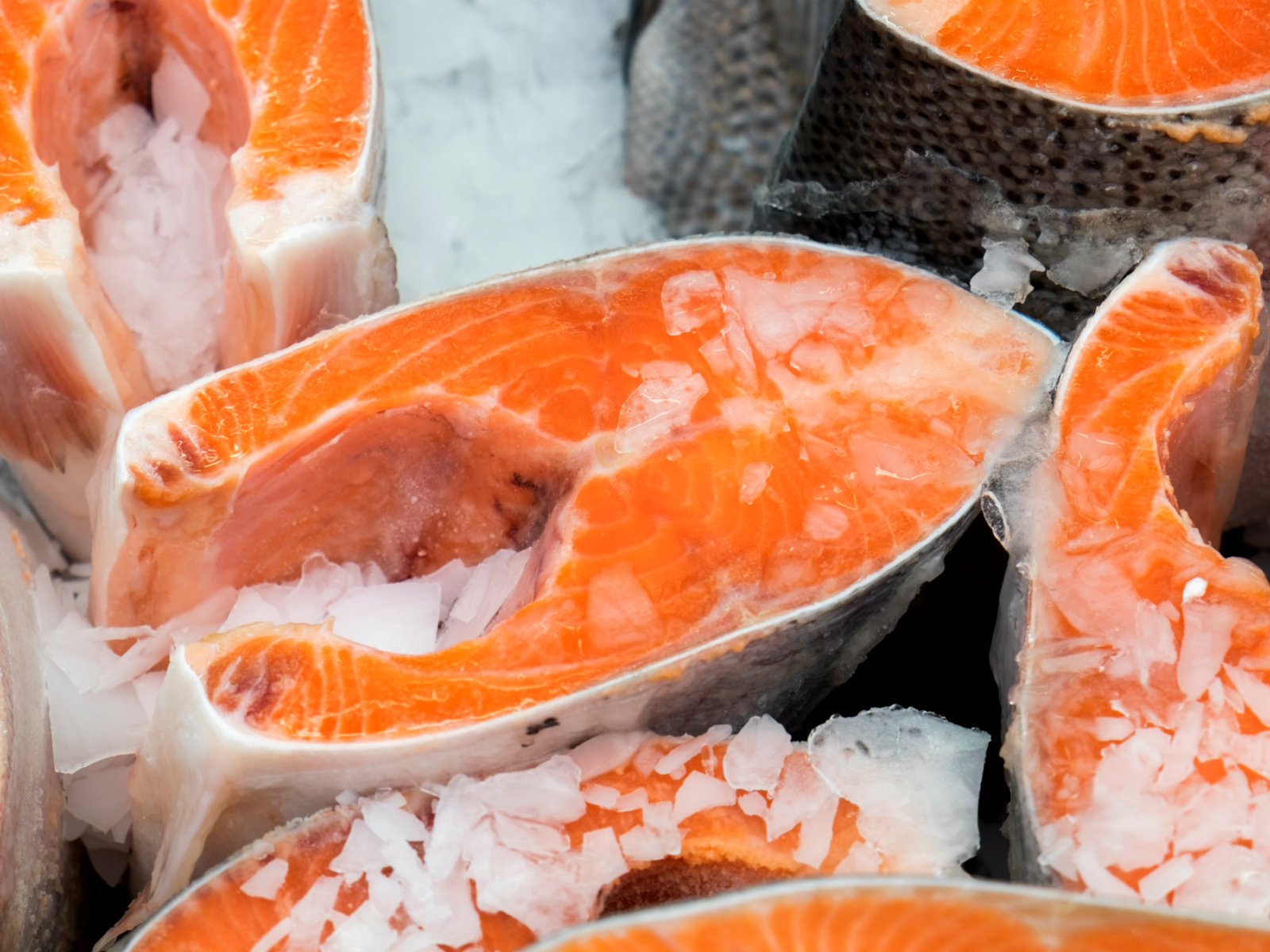 Lemer Vadim/ ShutterstockFish, like poultry, must be frozen if you want to keep it fresh for long periods of time.

According to Eat By Date, raw fish can last a lot longer ― between six and nine months – if you freeze it.

Smoked fish can last for three to six months in the freezer, and commercially frozen fish will keep for 10 to 12 months if it doesn’t thaw.

Additionally, unopened canned fish (such as tuna) can keep for between two and five years past its printed date.

As with many food items, appearance and odor will tell you more about if cheese is safe to eat than the number on the package. 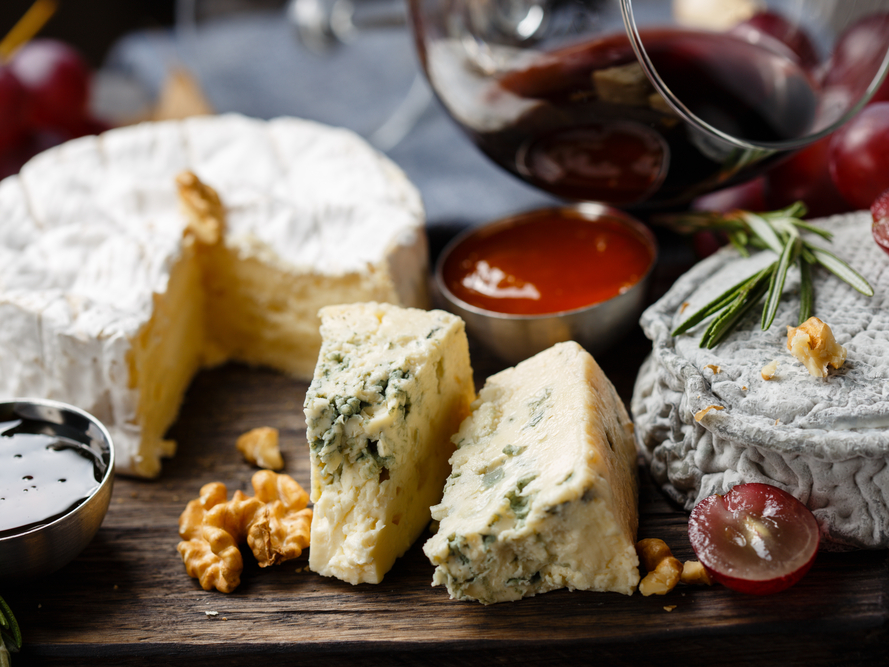 ShutterstockIt depends slightly on the type of cheese you’re eating.

Even if cheese (whole, cut, or sliced) grows mould, it can often be salvaged by cutting around the decay.

In fact, white mould is normal on so-called “bloomy rind” or soft-ripened cheeses like Camembert and Brie, according to the Gourmet Cheese Detective. Most coloured molds, such as the orange, blue, and green varieties, however, are not edible.

Of course, the brighter mould is ok when it comes to blue cheeses ― but only if it’s spread evenly in a vein-like pattern and not concentrated in one spot.

Leafy greens, including bagged salads, can be revived with ice water if they begin to wilt. Rachel Askinasi/InsiderLeafy greens can be salvaged past their prime.

Not all produce comes with a sell-by date, but bagged items like salads and pre-cut celery often have them.

Thankfully, as the Greater Chicago Food Depository points out, green vegetables can be salvaged past their prime.

For example, you can resuscitate semi-wilted greens by submerging them in ice water for five to 10 minutes.

You can keep dairy milk five days or more past its printed date. Joey Hadden/InsiderChances are you’ll know when your milk has spoiled.

How long milk keeps depends on its fat content. Although non-fat milk can last between seven and 10 days, you can keep whole milk five to seven days past the date on the carton.

If milk does spoil, it will look discolored with a lumpy texture and dispel a sour odor.

If unopened, shelf-stable, non-dairy kinds of milk keep much longer – up to a month past the sell-by date. 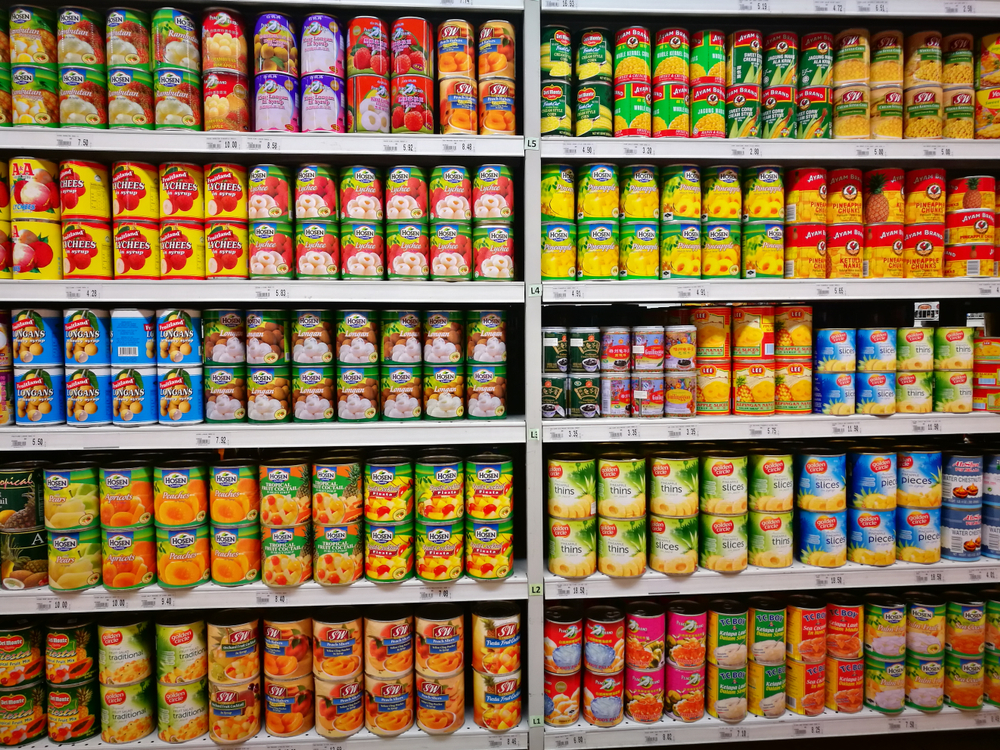 Although not all canned foods will last indefinitely, most have a shelf life that exceeds their sell-by or best-by date.

With the exception of highly acidic items like tomatoes and pineapple, canned vegetables, and some canned soups are ok to eat a year or two after they “expire.”

Canned meats, like corned beef and SPAM, keep even longer – between two and five years.

Unopened packages of frozen fruit and frozen vegetables are good for eight to 10 months beyond their printed date. Eat By Date advises that unopened packages of frozen fruit and frozen vegetables can both keep for eight to 10 months past their printed date.

When unopened and refrigerated, yogurt will last two to three weeks past the date on the container. 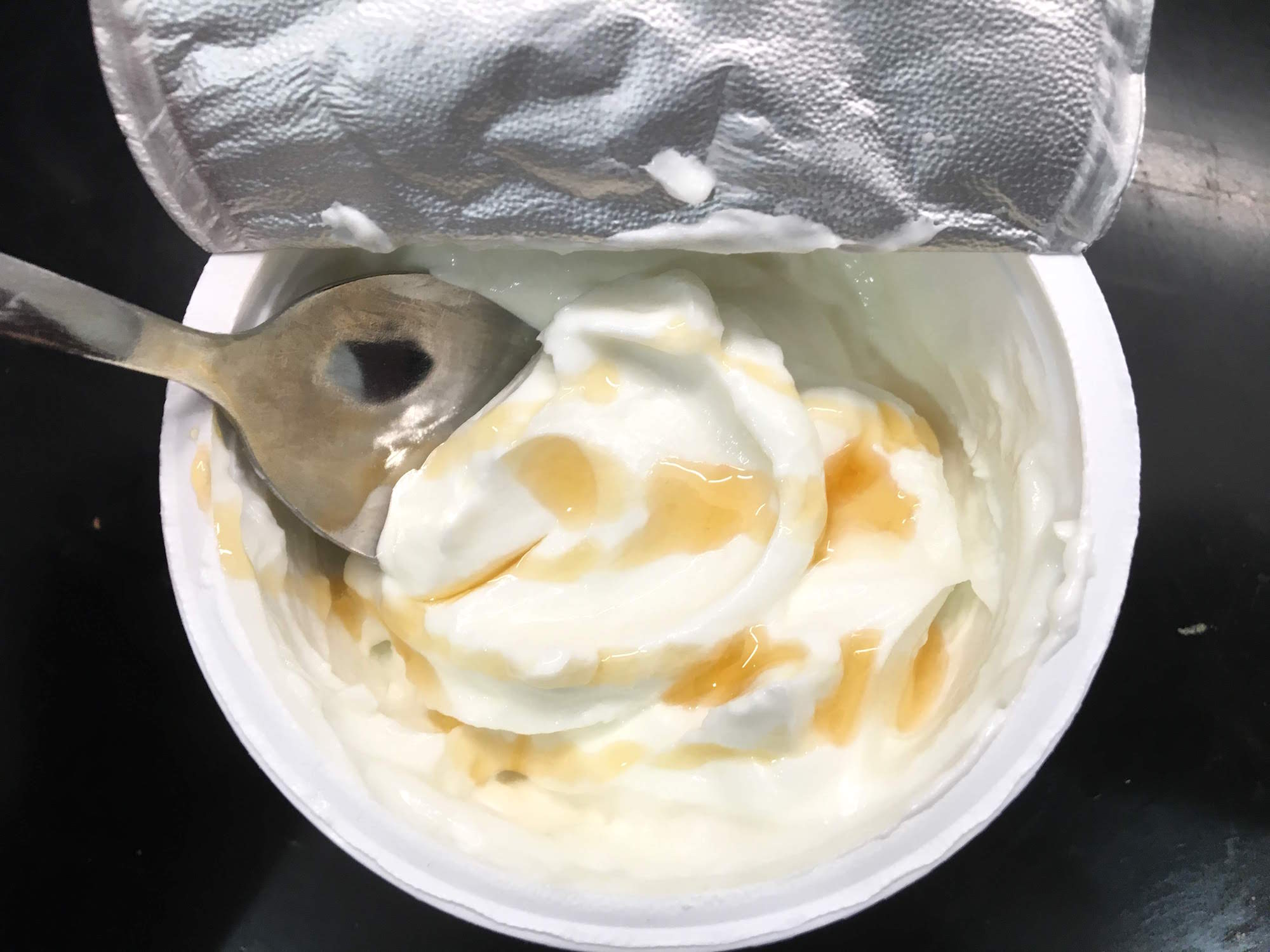 In the fridge, unopened yogurt can still be tasty for one to two weeks past its best by date. When frozen, yogurt will keep up to two months, according to StillTasty.

Bread is usually fine to eat if you don’t see any mould. 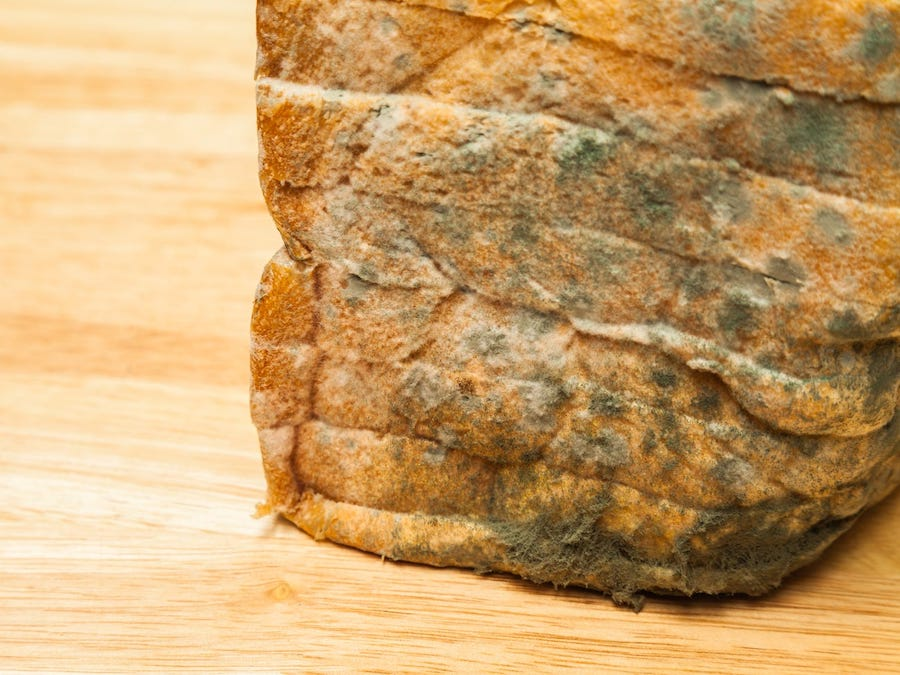 According to StillTasty, packaged bread (such as white bread) will keep for five to seven days at room temperature if it’s stored properly. Once refrigerated, it will retain its freshness for three to four days before becoming stale.

If you want to extend its shelf life, packaged bread will stay fresh for at least three months in the freezer.

If you do see mould, however, throw the bread out.

Unopened jars of peanut butter can keep for up to a year past their printed date. 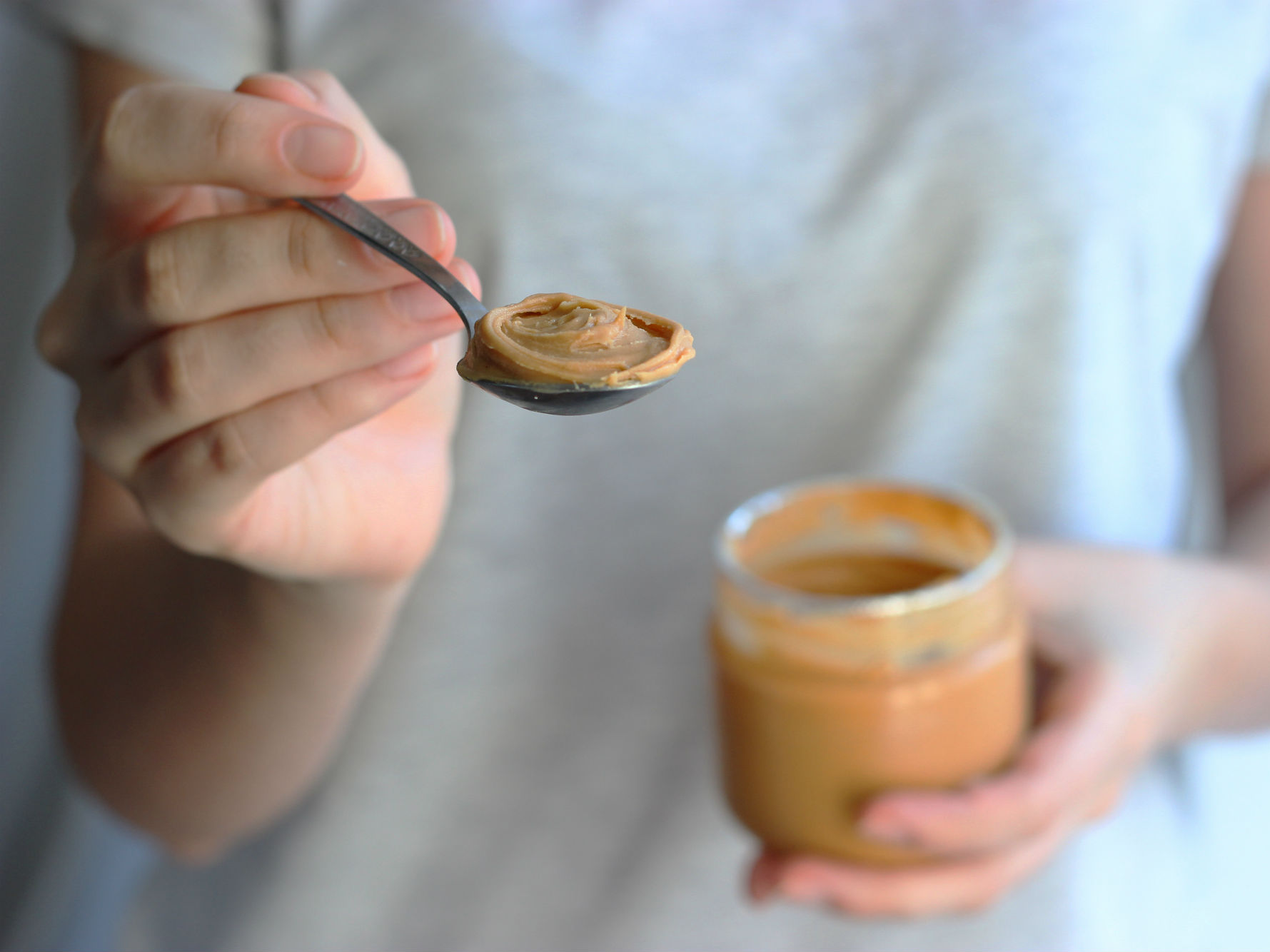 White bear studio/ShutterstockPreservative-free peanut butter will not last as long.

Whether or not it’s refrigerated, an unopened jar of peanut butter (with preservatives) will keep for a year past its printed date.

Natural peanut butter has a shorter shelf life, lasting three to six months past its date if it’s stored in the fridge.

In contrast, a sealed jar of another popular, nutty spread ―Nutella – will keep just one to two months past its printed date.

Some condiments, such as ketchup and mustard, are good for a year or two beyond their printed dates if the bottles are unopened. 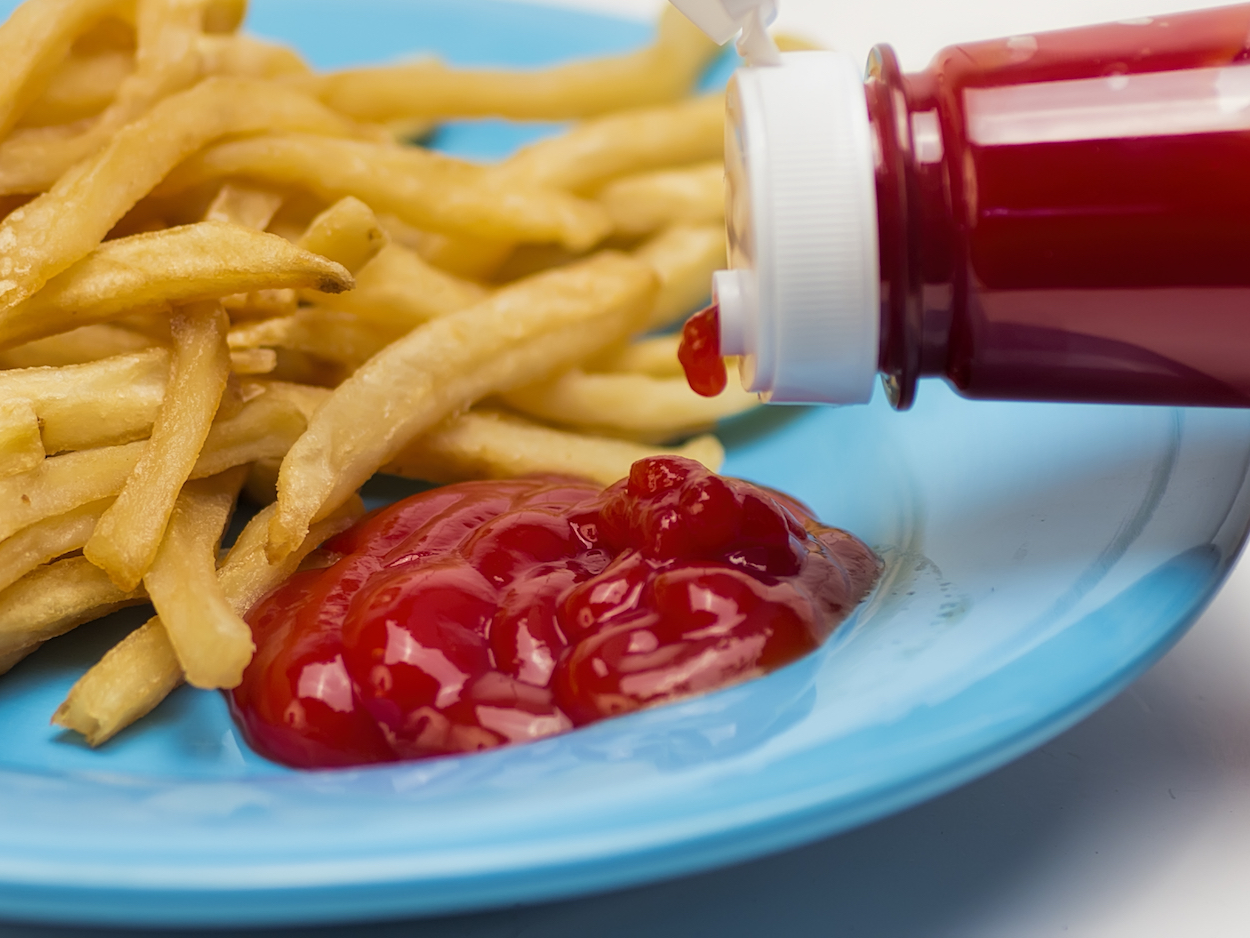 L Barwell/ShutterstockChances are that the ketchup in your fridge is still OK to eat.

For example, unopened bottles of ketchup will last six months and an opened bottle of mustard can last up to a year if it’s kept in the fridge.

Honey only really spoils if it’s introduced to moisture. 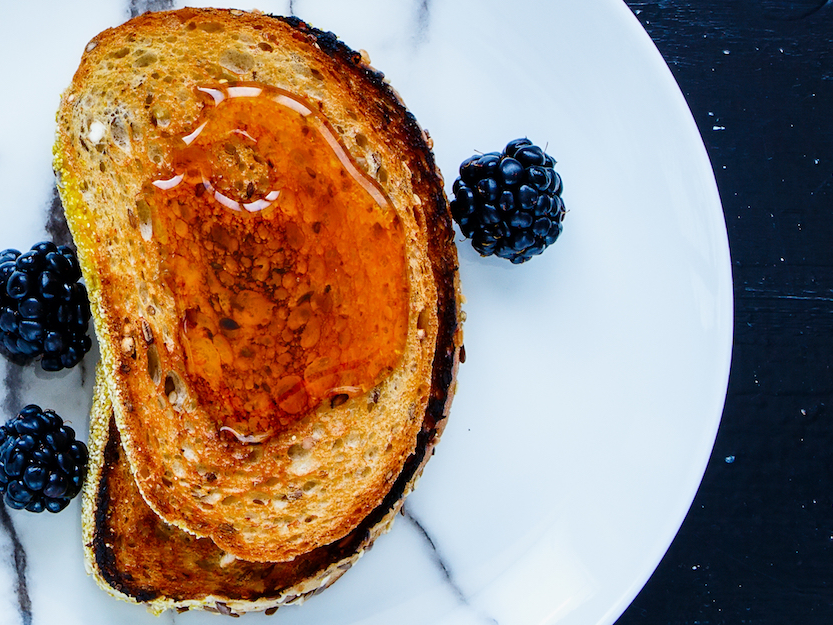 Honey is known for its seemingly indefinite shelf life, a characteristic that can be attributed to the sticky stuff’s chemical make-up.

As a sugar, honey is a hygroscopic substance ― one that doesn’t contain much water but can absorb moisture from the air.

“Honey in its natural form is very low-moisture,” Amina Harris, executive director of the Honey and Pollination Centre at the Robert Mondavi Institute at the University of California, Davis, told Smithsonian Magazine. “Very few bacteria or microorganisms can survive in an environment like that, they just die. They’re smothered by it, essentially.”

That being said, honey can spoil if it’s introduced to moisture. Still, contrary to popular belief, just because a jar of honey crystallizes doesn’t mean it’s gone bad. The grainy texture is caused by glucose molecules as they separate from water.