14 foods that can last longer than you think ShutterstockSome foods can be kept in your fridge and pantry for longer than you expected.

Some foods spoil more quickly than others, but with the right storage techniques, these grocery items can have a surprisingly long shelf life.

Here are some foods that will last longer than you might think.

Dried fruit can last for a few months, or up to a year. 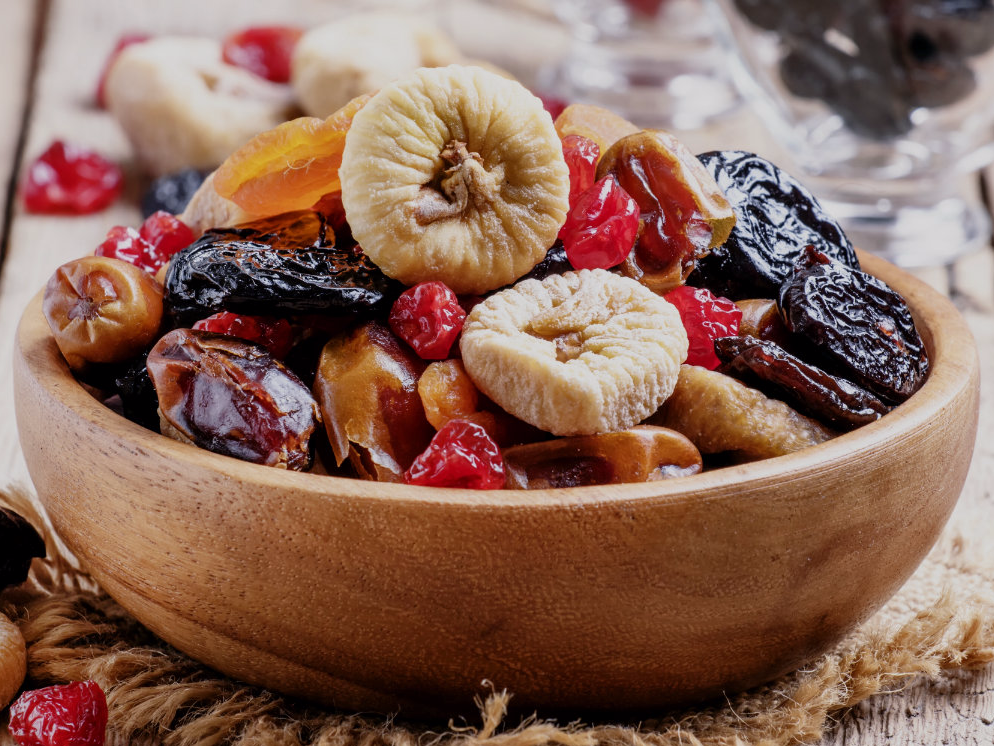 5PH/ ShutterstockWhen opened, packages of dried fruit should be stored in the fridge.

According to the United States Department of Agriculture (USDA), dried fruits like dried apricots, raisins, and prunes will stay at their prime for about six months while they are in a sealed container.

Per the USDA, the dried fruits can last six extra months if you store them in a tightly-sealed container inside the fridge.

All-purpose flour can stay good for about a year. Vezzani Photography/ShutterstockFlour can stay fresh for a year if it’s stored properly.

A bag of all-purpose flour can stay good for a whole year, though this is primarily the case if the flour is refrigerated.

That said, the best way to tell if flour is still somewhat fresh is to smell it, according to Healthline. Flour that’s no longer OK to use will likely smell sour or musty.

Dried pasta can last for a few years if it’s stored well. 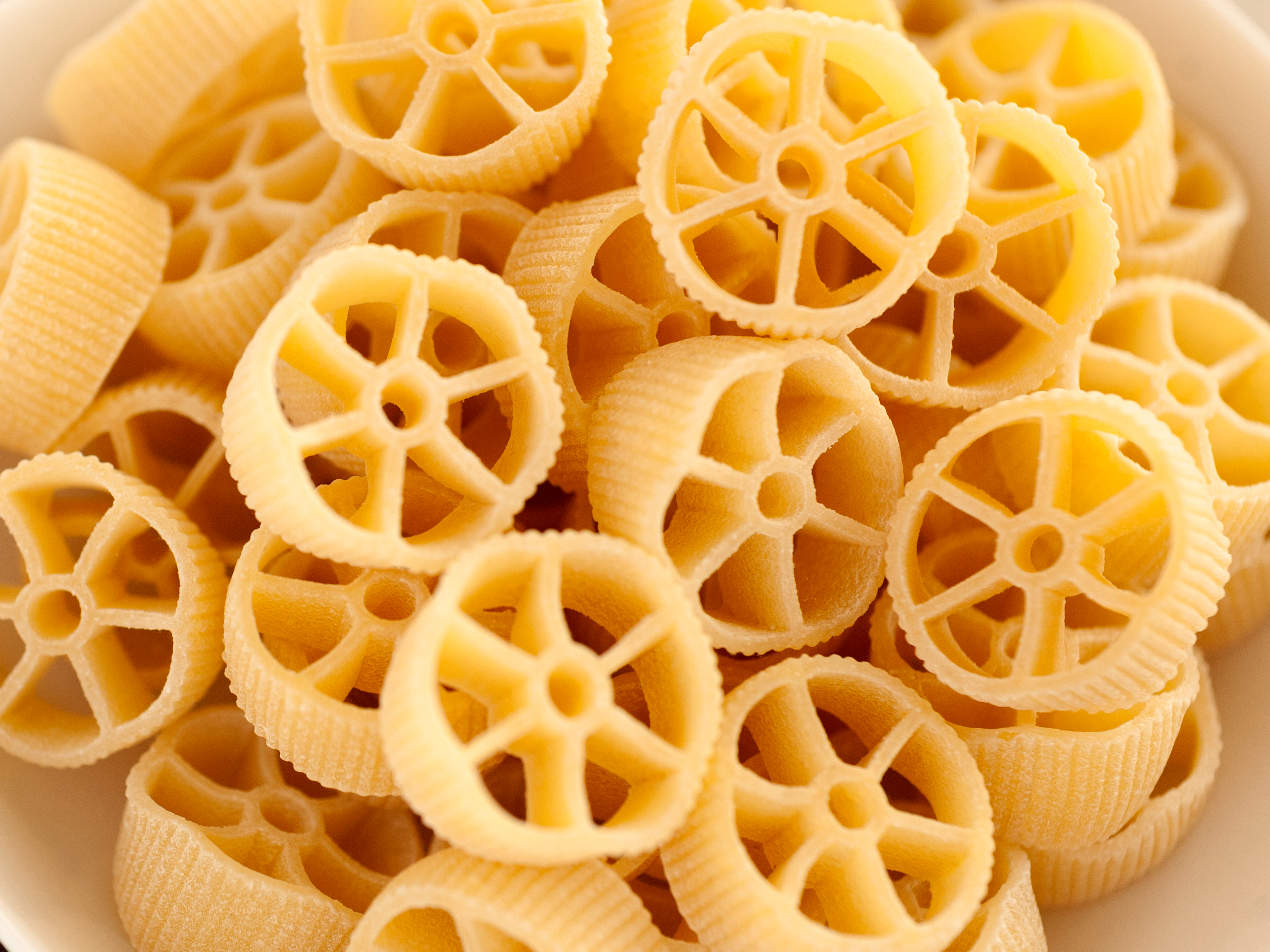 UNYKA/ShutterstockSealed boxes of pasta will last a long time.

Dried pasta can be kept in the pantry for up to two years as long as it’s stored in a tightly-sealed container, according to the USDA.

Once it’s cooked, though, it will only stay good for three to four days in the fridge.

Potatoes can be safe to eat for several months if they don’t grow sprouts. 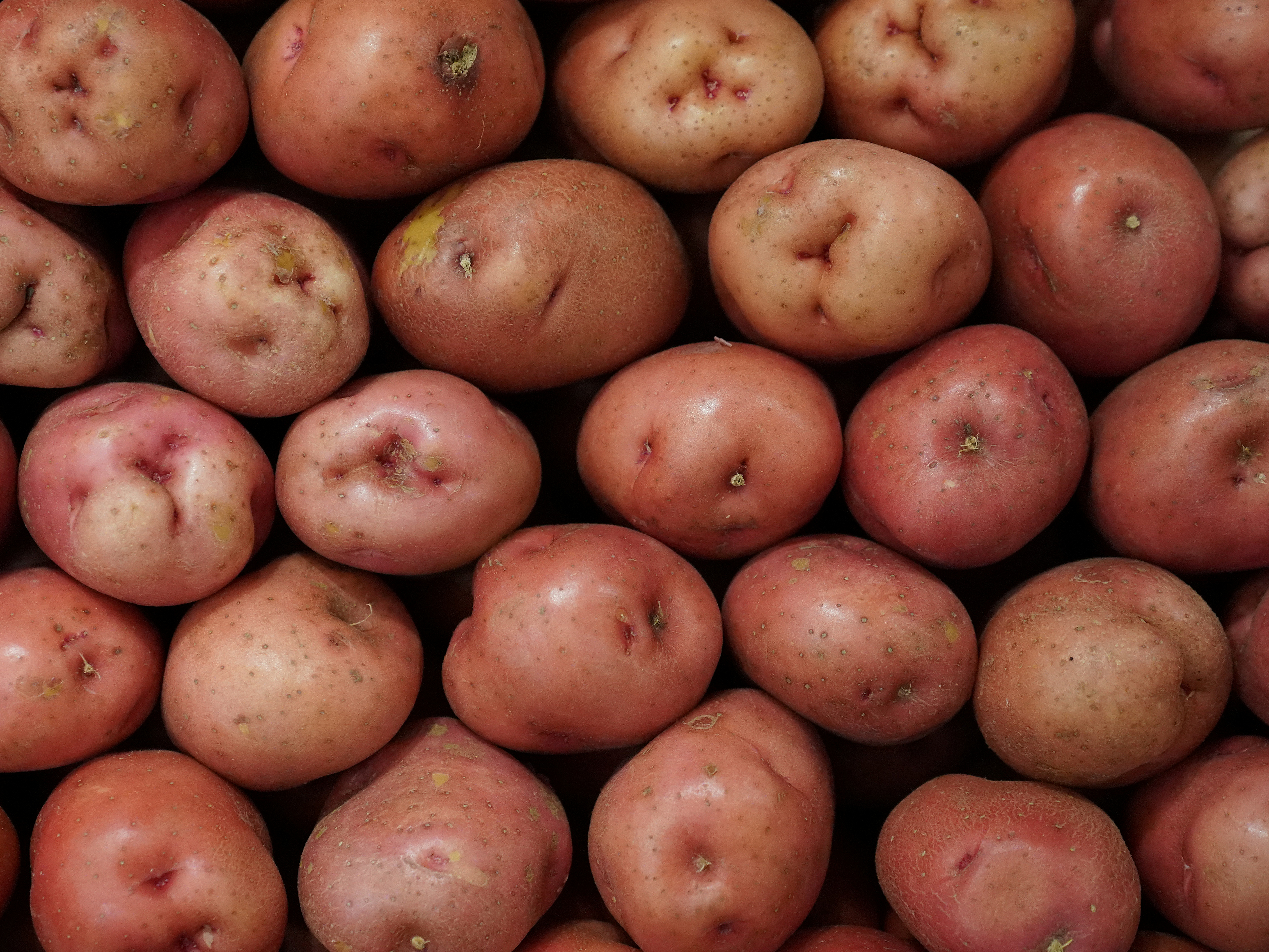 Carlo Allegri/ReutersSprouting and green colouring are signs of decay on potatoes.

When stored correctly, potatoes can last for several months.

Healthline suggests storing raw potatoes in a dark, cool environment to prevent them from sprouting and turning green.

Potatoes turn green when they’re exposed to the sun, which produces a toxin called solanine that can be toxic when consumed in large quantities.

According to Healthline, it’s also not wise to store raw potatoes in the fridge because it makes them more carcinogenic (cancer-causing) when they are roasted or fried. You may not want to store them in the freezer, either, as doing so will likely leave you with mushy potatoes once they’re thawed.

Canned meat can last for two to five years. NLAURIA/ iStockSealed packages of canned meats, including tuna, will stay good for a couple of years.

According to the USDA, canned meat and seafood, like SPAM or tuna, will stay good on the shelf for two to five years.

When stored properly, honey can last for years. 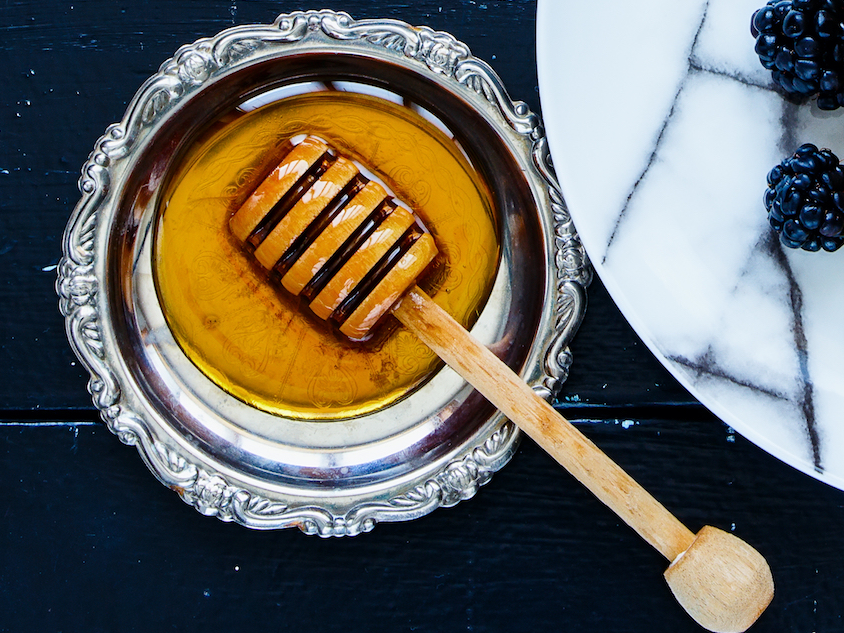 ShutterstockHoney has a long shelf life.

Experts from the National Honey Board told Insider that sealed jars of honey can last for decades or even centuries.

But there’s a catch. This sweetener is highly susceptible to physical and chemical changes and, depending on the temperature you’re storing it, the honey may darken, lose its aroma and flavour, or crystallize. Even if that happens though, the honey isn’t inedible.

A representative from The National Honey Board said that crystallization is a natural process in which the glucose in honey precipitates out of the liquid honey. You can still consume it, but if the crystallization bothers you, placing the honey jar in warm water and stirring will dissolve the crystals.

That said, the FoodKeeper app, which was created by the USDA’s Food Safety and Inspection Service, recommends eating the honey within two years for optimal quality.

It’s also important to know that honey can still become contaminated depending on the way it’s produced and how it’s stored, according to Healthline.

You can eat eggs for weeks after you buy them. 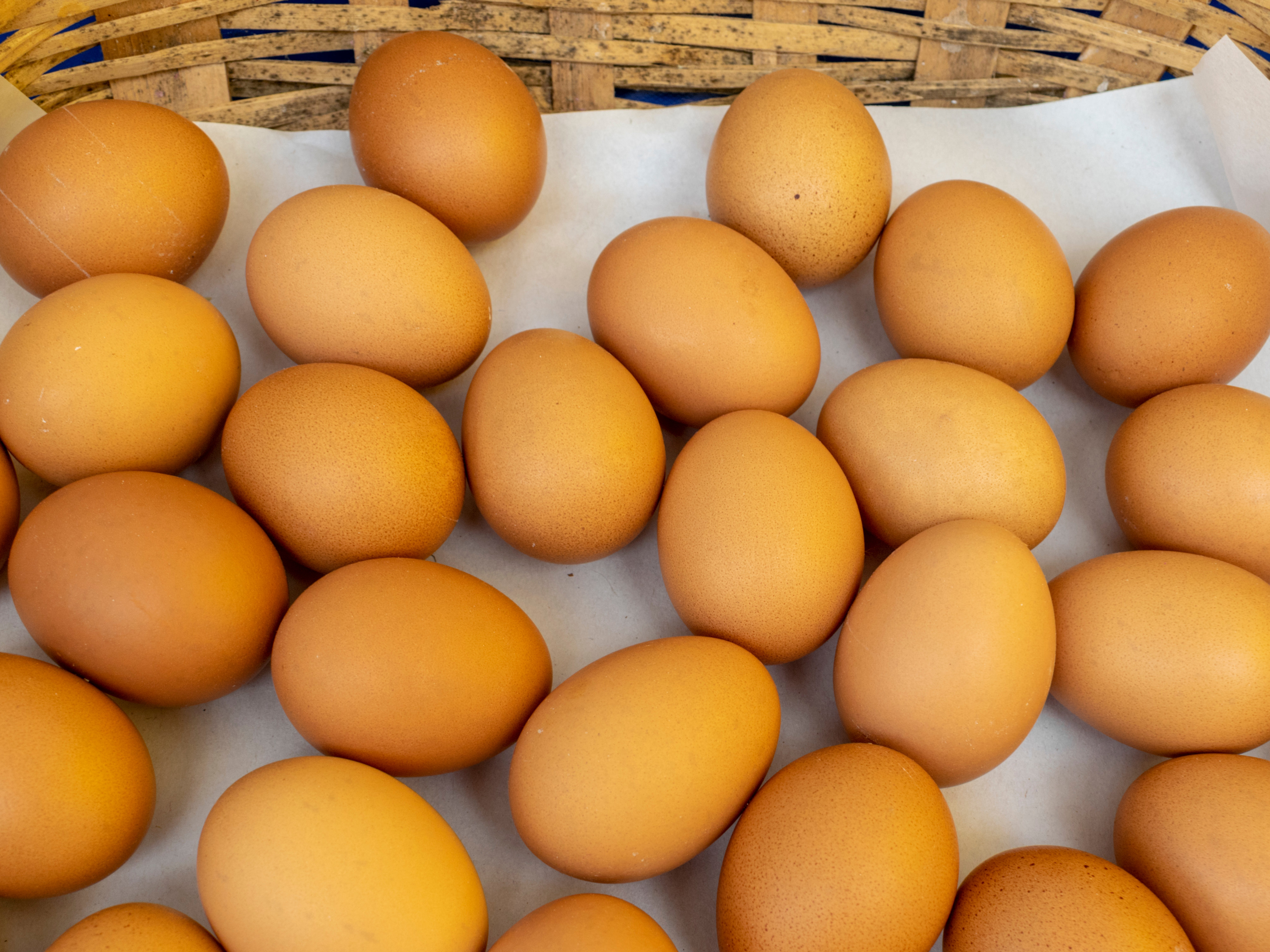 BlacKCatPRO/ShutterstockEggs don’t usually go bad on the date on the carton.

According to the USDA, most egg cartons actually print “use by” dates instead of strict expiration dates, which is why most cartons are safe to eat for quite some time after you buy them.

When properly stored, a carton of eggs can last anywhere from 45 to 90 days, Kevin Murphy, food safety and sanitation expert and professor and chair of hospitality services at the University of Central Florida’s Rosen College of Hospitality Management, previously told Insider.

The easiest way to tell if an egg is still fresh is to do the “float test” – if it floats to the top of a bowl of room-temperature water, you probably don’t want to eat it. iStockParmesan can last for a few months, or even a year.

According to the FoodKeeper app, shredded or grated parmesan can last for up to a year when stored in the refrigerator.

A block of parmesan will only last for six months, if unopened, in the fridge or freezer.

Apples last longer in the fridge. 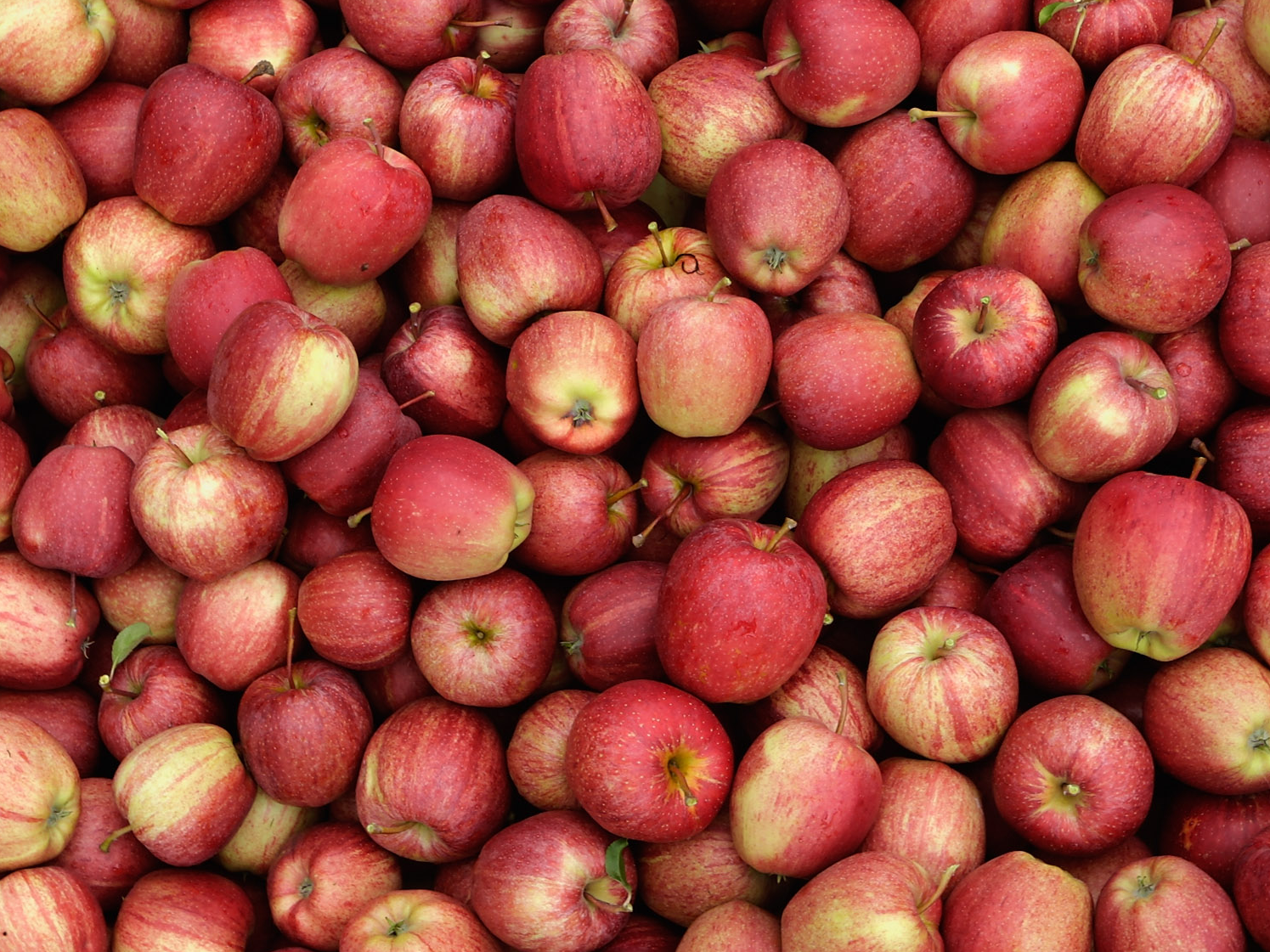 Johannes Simon/Getty ImagesStoring apples in the fridge can make them last longer.

According to Healthline, apples can stay fresh on the counter for about a week, in a pantry for up to three weeks, and in the fridge for up to six weeks.

However, if you notice that your apples are very soft, wrinkled, or oozing any sort of liquid, it is best to throw them away because they could be growing toxic mould.

Peanut butter will typically last for up to three months. 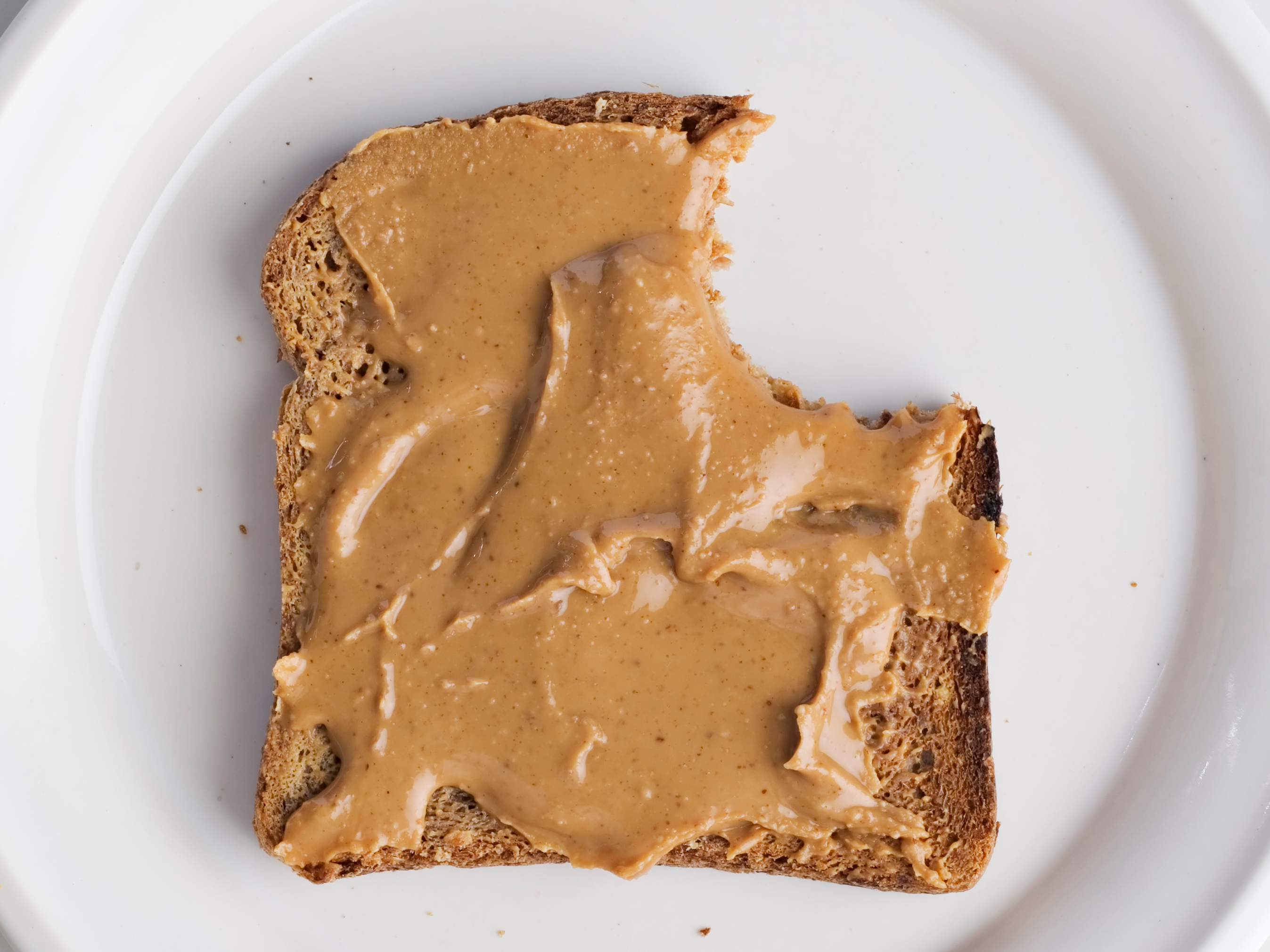 Photo-Dave/ iStockPeanut butter can be enjoyed for months if it’s stored correctly.

According to the USDA, unopened jars of peanut butter can stay on the shelf for up to nine months, but once they’re open the contents should be consumed within two to three months.

Oats can outlive their expiration date. iStockOats will last longer if you freeze them.

Grains, in general, are long-lasting pantry staples, but they can last even longer when they’re stored properly.

In general, oats have a shelf life of four months, but they can last as long as eight months if they’re frozen, according to theFoodKeeper app.

Frozen veggies outlast any item in the produce section. 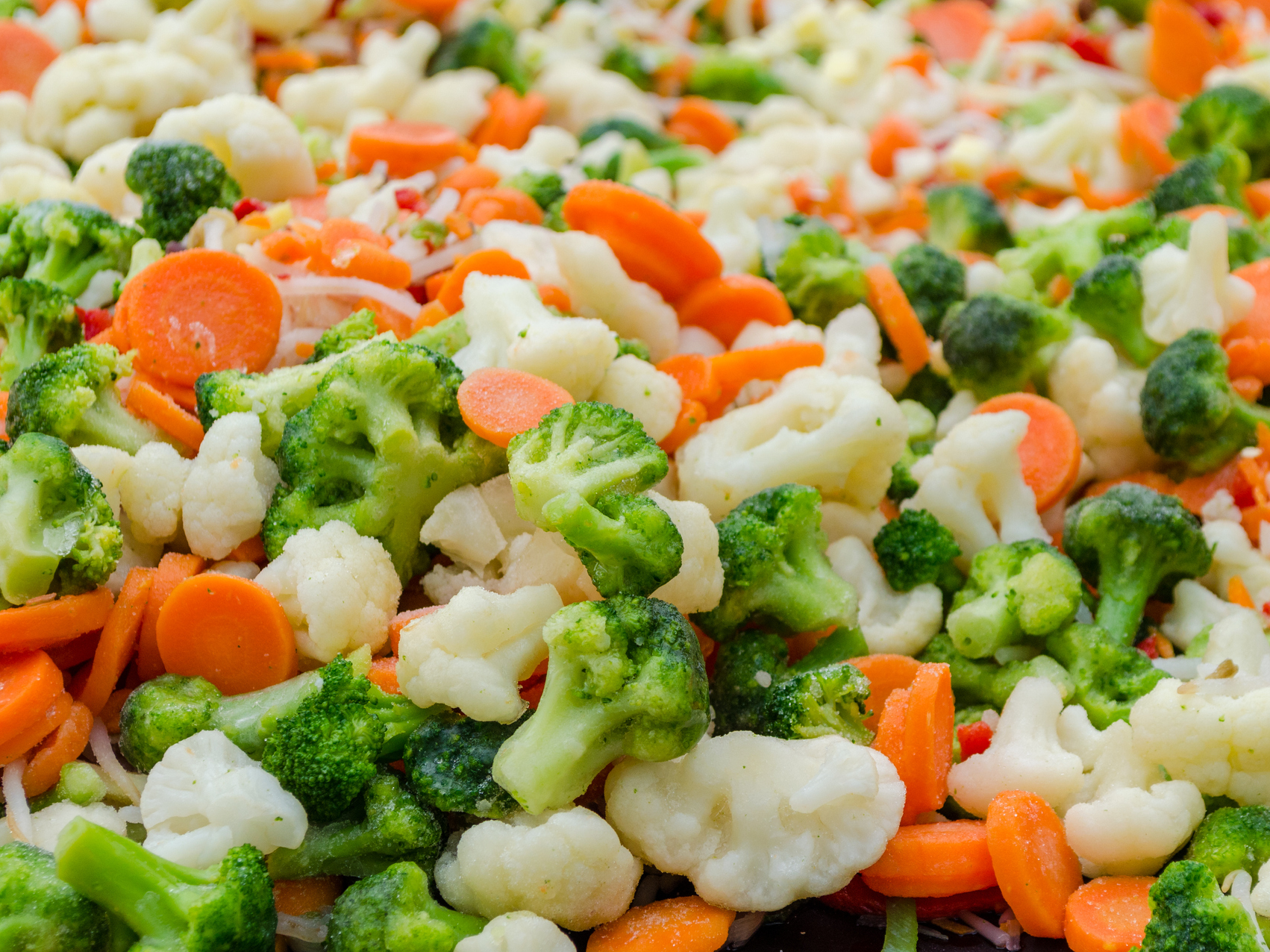 Rob3rt82/ iStockFrozen vegetables can stay in the freezer for almost a year.

Frozen vegetables stay good for eight months in the freezer,according to the FoodKeeper app.

Plus, because they’re packed and frozen at their peak freshness, they can be just as nutritious as fresh produce. 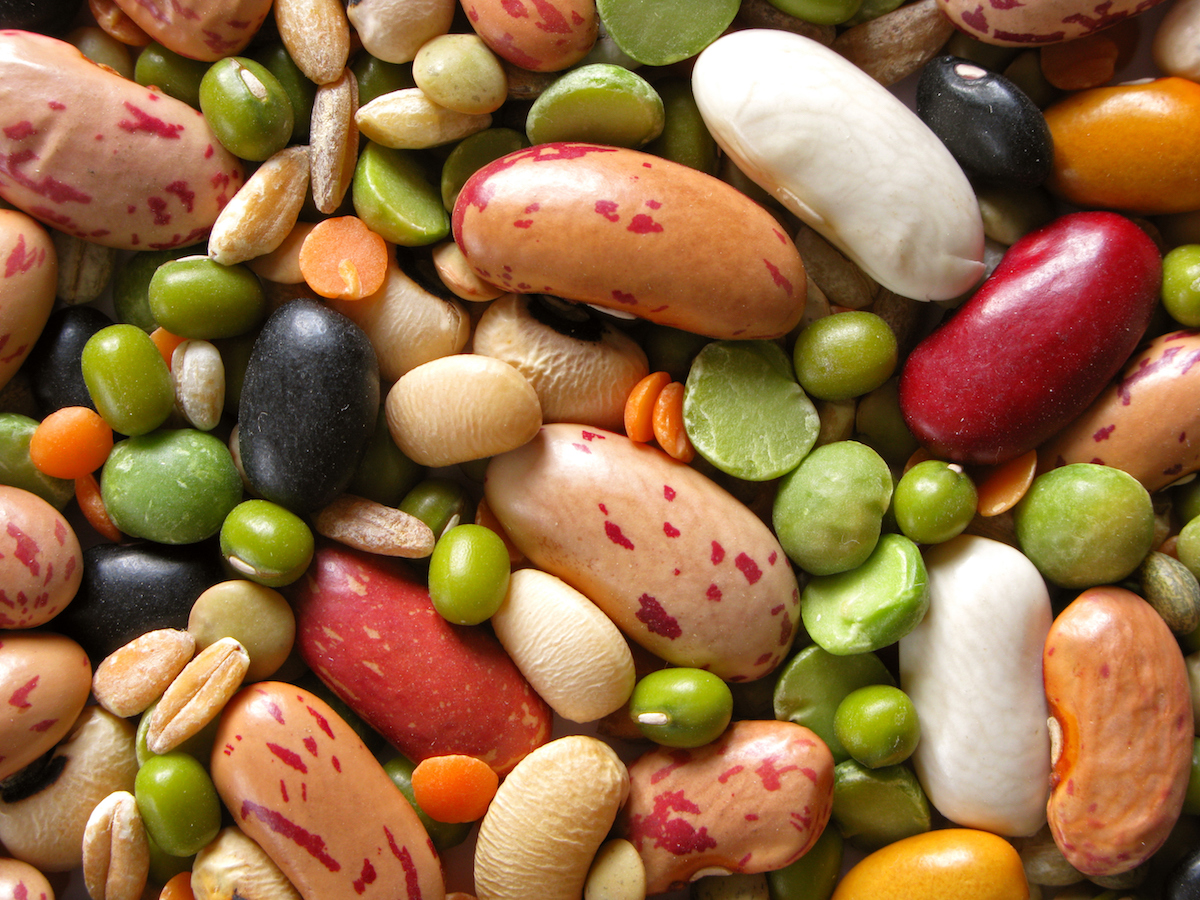 lucamanieri/iStockDry lentils, beans, and other legumes are a true pantry staple, but they don’t maintain their nutritional value forever.

According to Healthline, dried legumes remain edible for around 10 years, though they will lose nutrients over time.

To get the most nutritional value out of your dried legumes,The FoodKeeper app recommends eating them within a year or two, depending on the type of legume.

Bread may become stale in the fridge, but it can stay fresh in the freezer. iStockBread keeps well in the freezer.

According to Healthline, store-bought bread will last for almost a week on the counter, but it can stay good for up to three months in the freezer.

When you first buy a loaf of bread, keeping it at room temperature will maximise its freshness. But after a few days, the pieces might get stale or start to mould.

Instead of sticking it in the fridge – which doctor of public health and registered dietitian nutritionist Wendy Bazilian said is a major mistake – slice it up and store whatever’s left of the loaf in your freezer.

“Nothing makes bread taste stale faster than refrigeration, even if one positive by-product is decreasing the rate that mould forms. And it’s actually due to the chemistry and the evaporation of water and tightening of bonds that make bread taste stale after being refrigerated,” Bazilian told Insider. “However, if you freeze the bread and then either thaw it (by the slice or however much you use for a time period or meal) and use it soon thereafter, it will still taste fresh.”