The coronavirus has put farms across the country at risk of going out of business.

Some have even been forced to destroy produce or discard milk after losing orders from restaurants and schools.

Meanwhile, food banks are facing a surge in demand and a shortage of food – as high as 200% in some places – sparking questions about why food is being wasted when there are millions of people in need.

As it turns out, getting supplies from farms to food banks is easier said than done. The cost of harvesting, packaging, and then transporting crops is often too high for farmers to bear.

But now, companies, farmers markets, and grocery stores are finding ways to close this gap.

The Publix supermarket chain recently announced it will buy excess milk and produce from Florida farmers and donate it to local food banks. It’s a welcome announcement for people like Thomas Tolbert, a senior sales associate for two produce vendors in South Florida.

“Honestly, thank God for Publix, because it’s been a struggle on the food service side for sure, just with restaurants being closed,” Tolbert said. “We’ve lost pretty much about 90% of the food service business.” 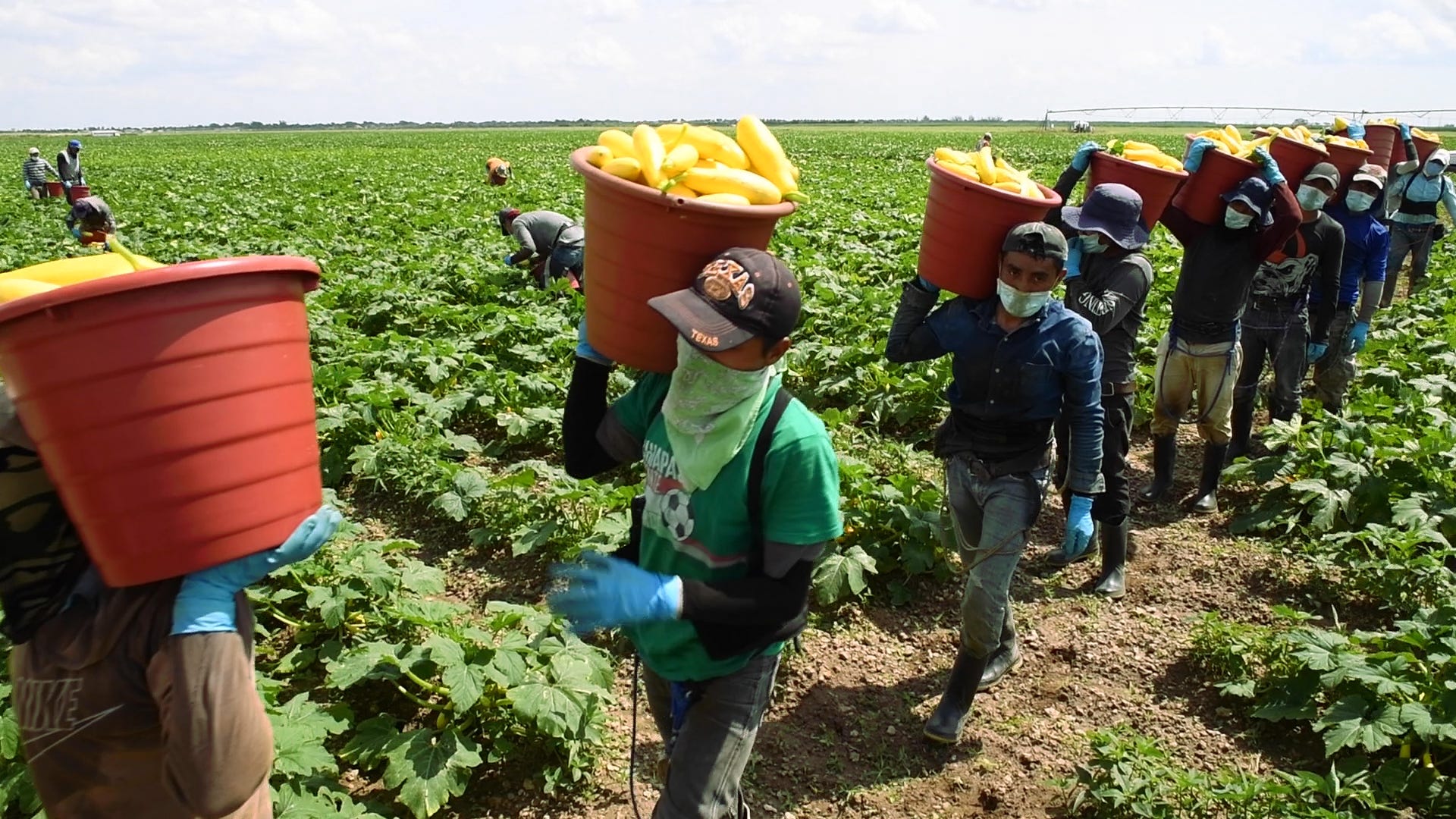 Taimy Alvarez for Business Insider TodayThe coronavirus has put farms across the country at risk of going out of business.

Tolbert credited the move for helping him avoid layoffs at his company.

But even with the donations from Publix, the Feeding South Florida food bank is still struggling to keep up with demand, president and CEO Paco Velez said.

The situation is similar in San Antonio, where thousands of cars wait in line each day to receive boxes of food. One viral photo showed an estimated 10,000 cars waiting in line for food.

“That’s roughly $US6 million in food every week that we’re needing to collect and distribute to families,” he said.

Like Feeding South Florida, the San Antonio Food Bank is relying on donations from farmers to keep up. The Pearl Farmers Market alone has donated more than 1,700 pounds of produce and eggs over the last month. 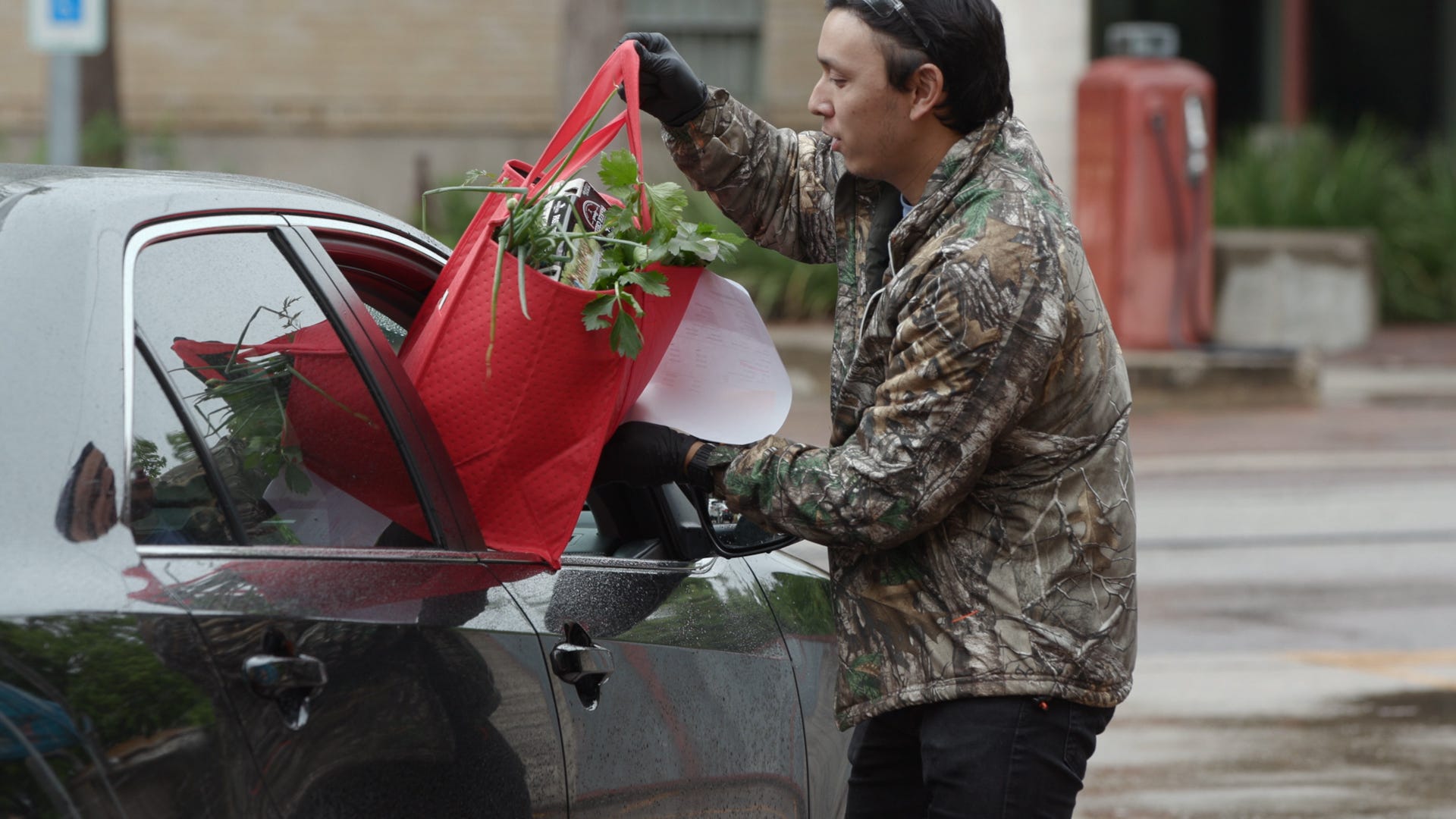 But demand at the food bank remains high.

“This environment’s such that the supply has not met the demand,” Cooper said. “We’ve had to lean on our inventory at the warehouse, and that’s getting lower and lower. We’re anxious that we might run out and so we’re needing help.”

Volunteers are another challenge. The San Antonio Food Bank normally relies on 1,000 volunteers each week to pack and deliver food to families in need. But because of the coronavirus pandemic, the number of volunteers has declined by about half.

“Our volunteers are running towards a crisis that many people are running away from, Cooper said. “Putting themselves at risk to serve a neighbour in need.”

As unemployment numbers continue to rise and the timeline for reopening states remains uncertain, the strain on food banks grows.

“My hope and prayer is that we come out of COVID-19 with a stronger resolve to address the fractures in our communities like poverty, to help our neighbours be able to provide for themselves and their loved ones as we all would want,” Cooper said.