I flew on the 'world's worst short-haul airline,' Ryanair, and it was so comfortable and stress-free it was one of the best flights I've been on 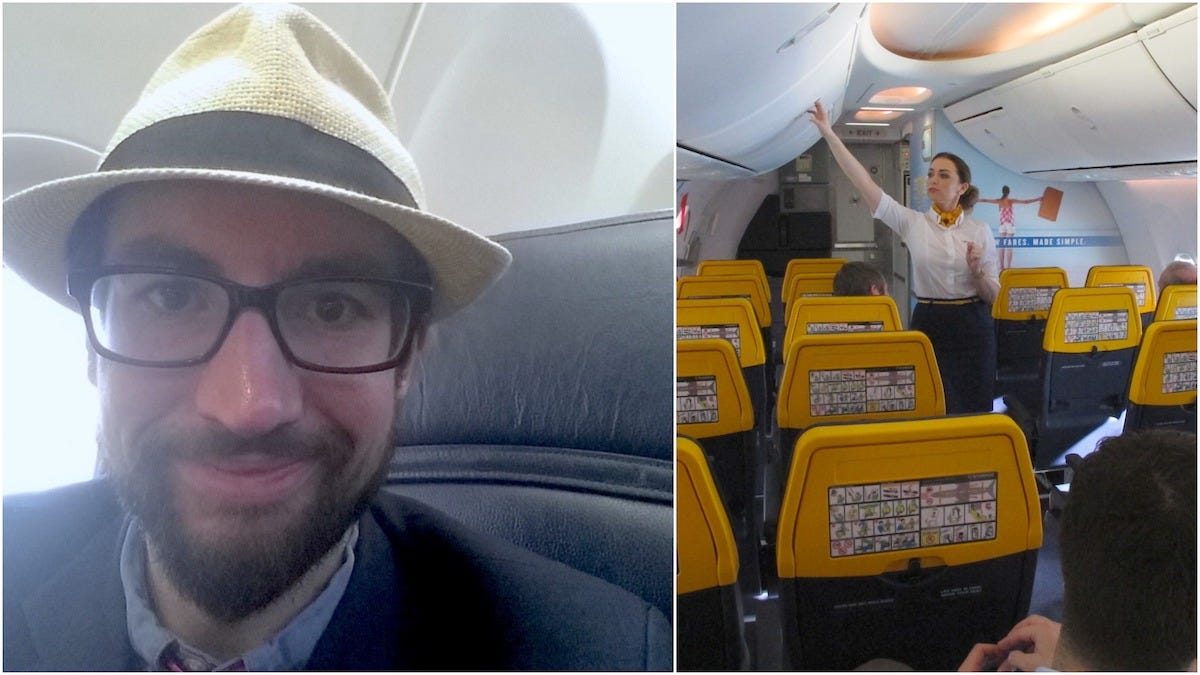 If you read reviews on sites like Skytrax and TripAdvisor, you might think Ryanair is a bad airline. In fact, Ryanair was voted the “world’s worst short-haul airline” in a survey by Which? of more than 6,500 passengers in December, with complaints including numerous extra fees, uncomfortable seats, no in-flight entertainment options, and poor customer service.

However, that’s not what I thought at all when I flew on Ryanair in early February this year, considering I paid just £50 ($US65) for a 4.5-hour afternoon flight from Cyprus to London. In fact, the seat was one of the most comfortable I’ve sat in, the staff were incredibly friendly and professional, and getting on to my flight was very simple. Overall it was one of best, most stress-free flights I’ve ever been on. Here’s what it was like to fly on the airline.

Boarding was simple. With online check-in and having only a carry-on bag, I made my way through security to the gate, where the line was short. 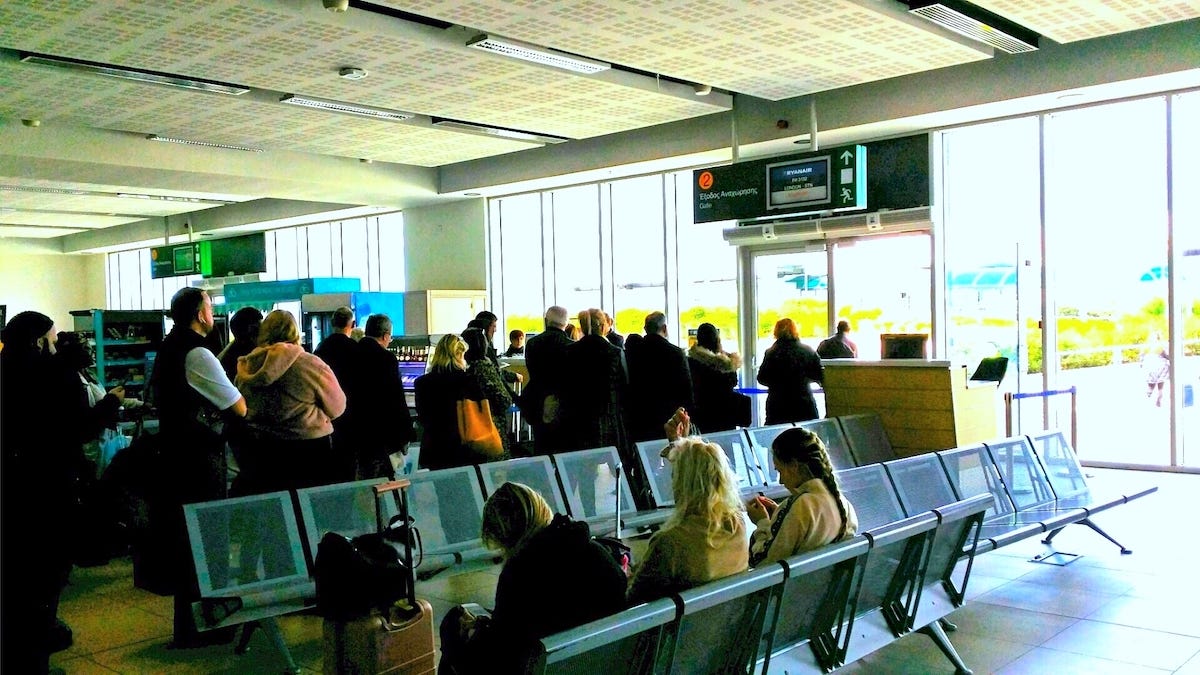 Ben Mack / InsiderPassengers waiting to get on the plane seemed very relaxed.

I was glad I had my boarding pass on my phone, as Ryanair‘s fees are one of the biggest complaints customers have on websites such as Skytrax and TripAdvisor. Customers that do not check-in before arriving at the airport, for example, are charged £55 ($US72). For “priority” boarding, there’s a fee of £5 ($US6.50).

Getting to my seat was also a breeze, even though the plane had only one aisle. 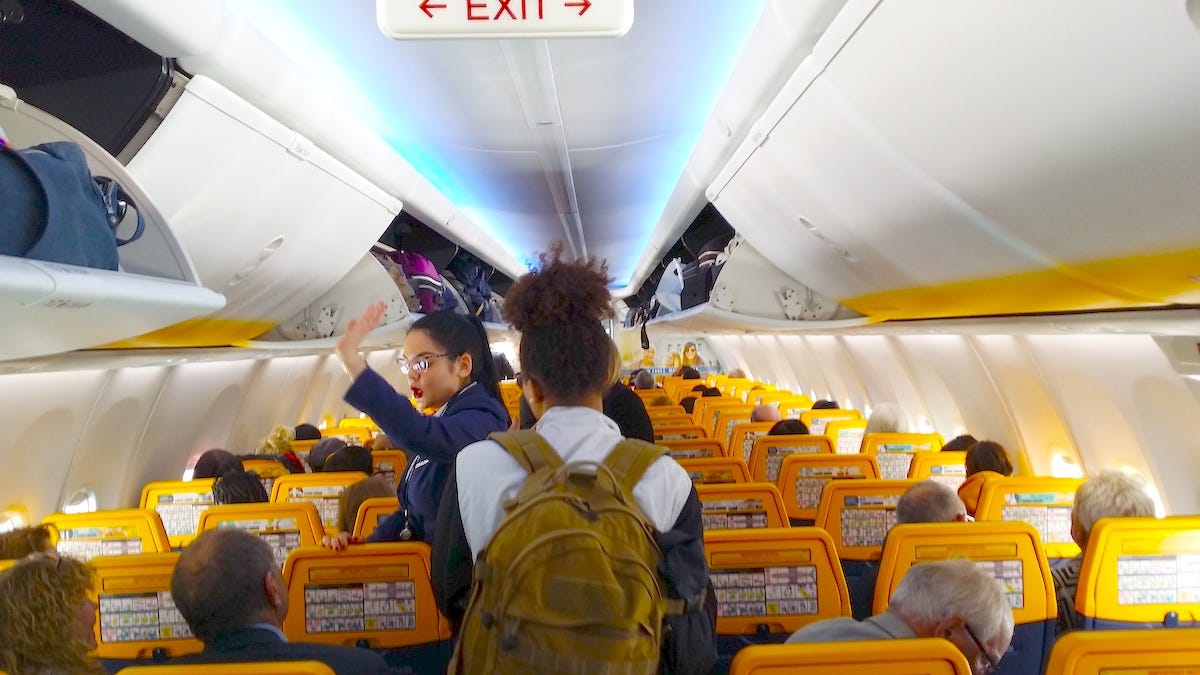 Ben Mack / InsiderI boarded the plane from the rear.

The flight was mostly full, but because most of my fellow passengers had paid for priority boarding, there were not a lot of people in line in front of me when it was my turn to come on board.

My window seat was roomy, and surprisingly comfortable — especially considering I paid just £50 ($US65) for it. 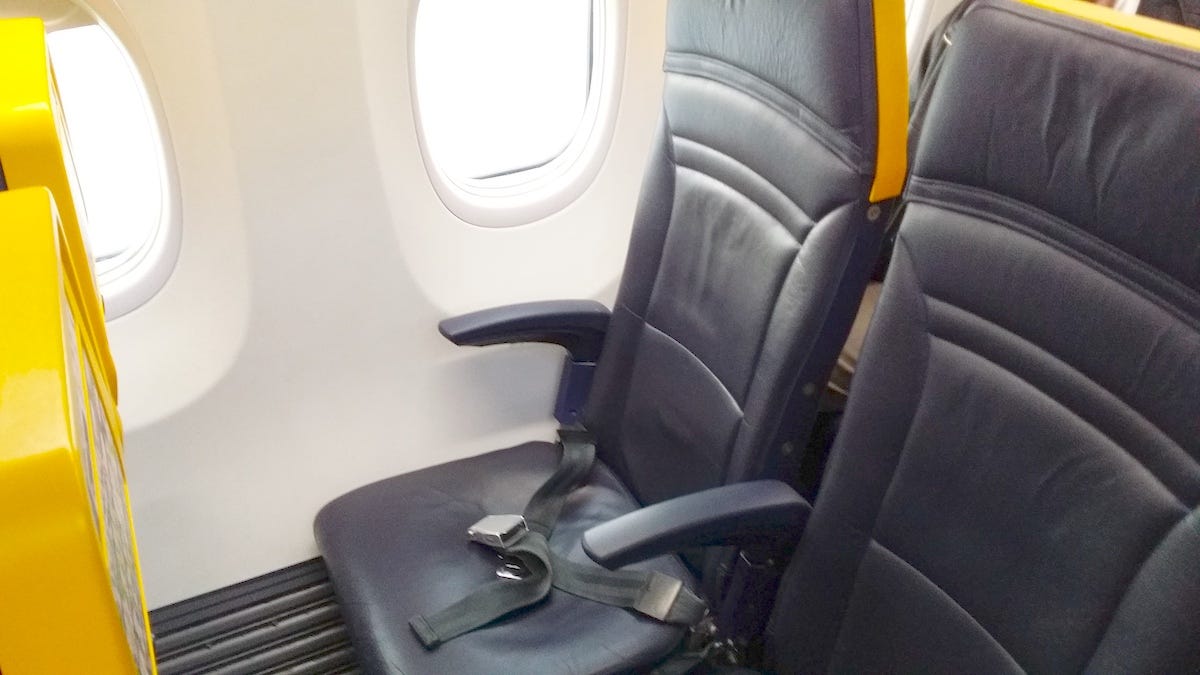 Ben Mack / InsiderI liked how smooth the cushions on my seat felt.

Not only were the fake leather cushions soft, especially the headrest, but the seat also reclined slightly. The armrests were small and made of hard plastic, but not too uncomfortable.

There was plenty of legroom too, even though I was not in an exit row or a special seat with more space that you can pay extra for. 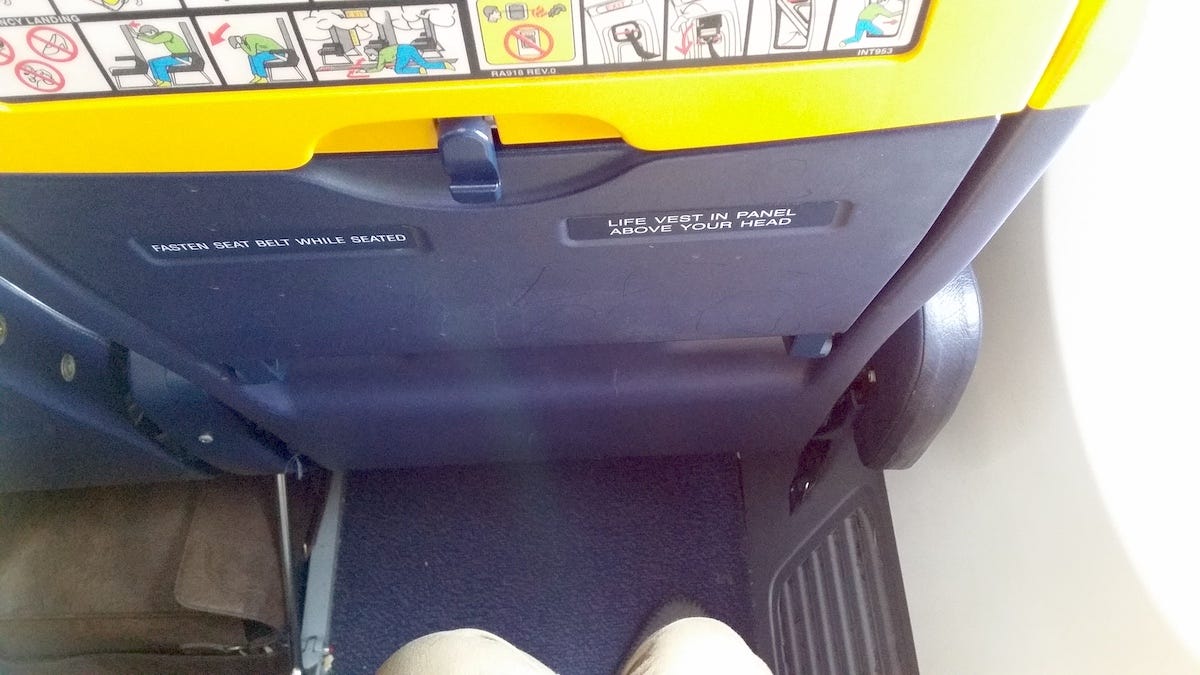 Ben Mack / InsiderMy seat was larger than I was expecting.

I’m not exceptionally tall, but at just a bit under 6 feet, it was nice to be able to stretch my legs as much as I wanted. For people who do want a bit more space, however, you can pay £15 ($US19.55) for seats with extra legroom.

Take-off was very smooth — just like the whole flight. 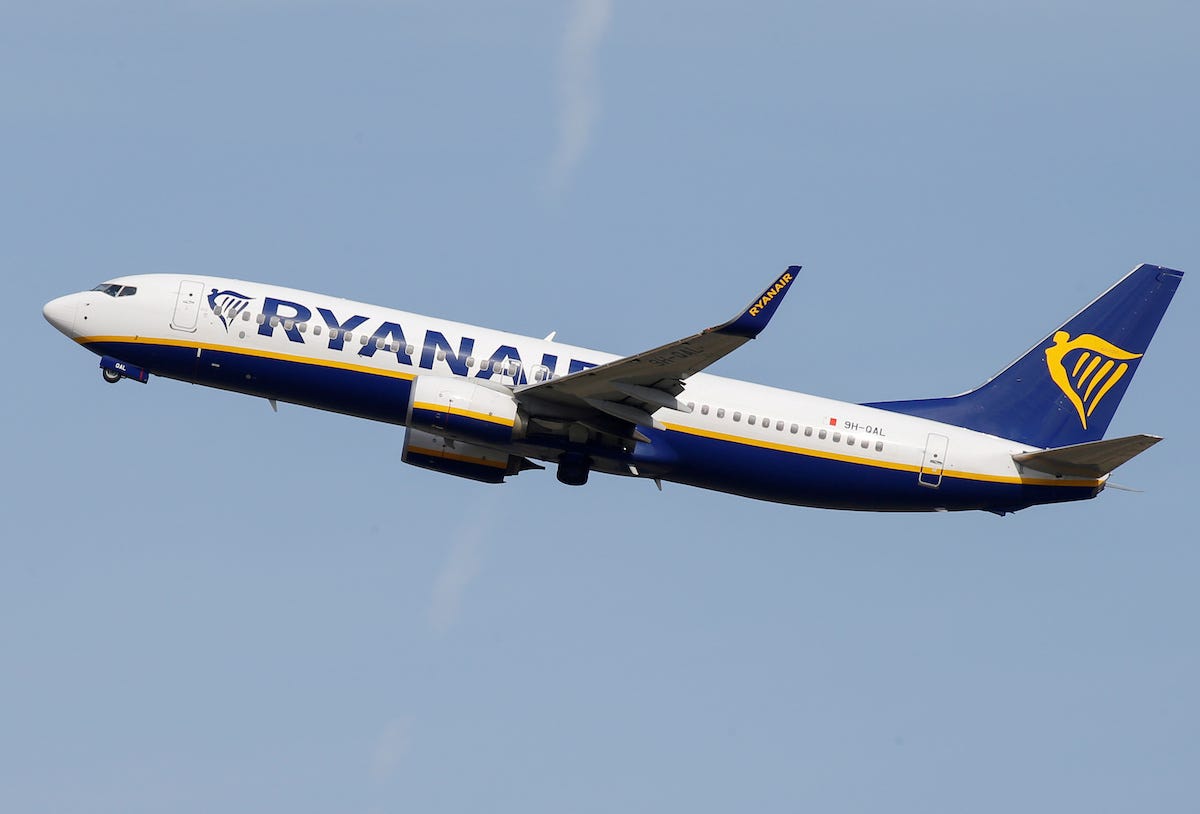 Reuters / Regis DuvignauThere were mostly clear skies on my flight — like this one from September 2019.

Even though we flew over the Alps across Europe, and landed during Storm Ciara that was battering the UK and causing havoc for some planes and airports, we didn’t encounter any turbulence.

Passengers were mostly older, and the plane was very quiet. 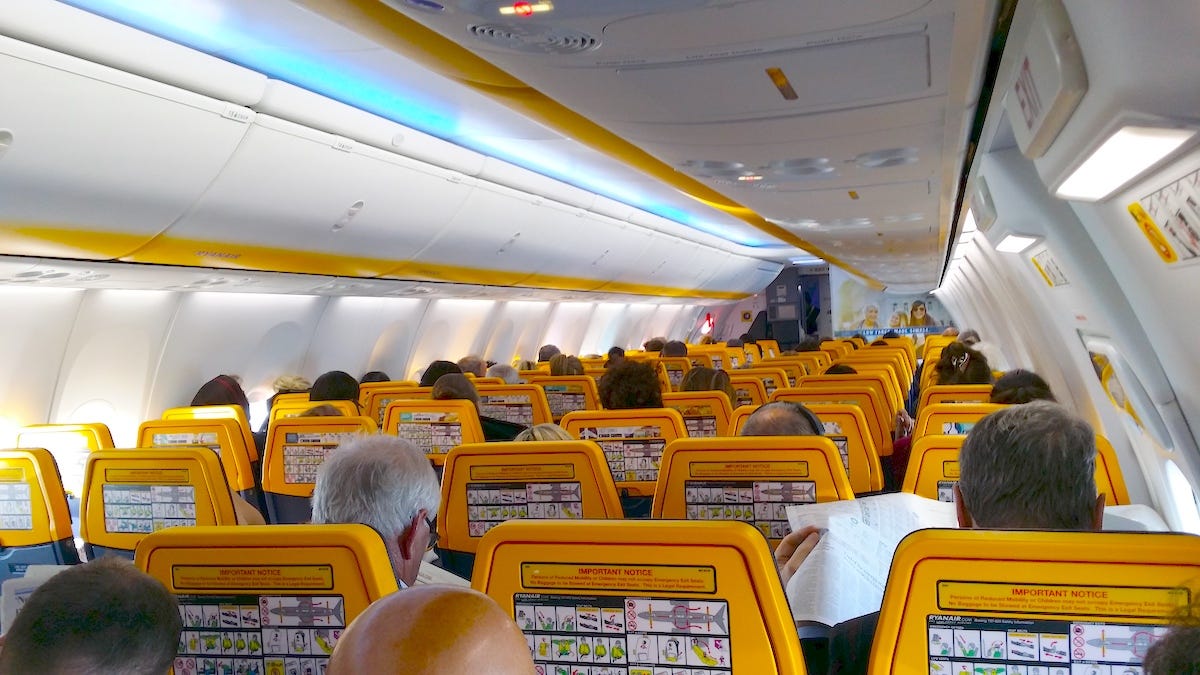 Ben Mack / InsiderThere was not a lot of talking on the flight.

Even when we were in the air, the engines did not make much noise. The apparent age of the passengers surprised me – Ryanair is known for being popular with young people because of its low prices, and even offers a 15% discount for students at European universities during the academic year.

With no TV screens in seats or even magazines to read, there was no in-flight entertainment. 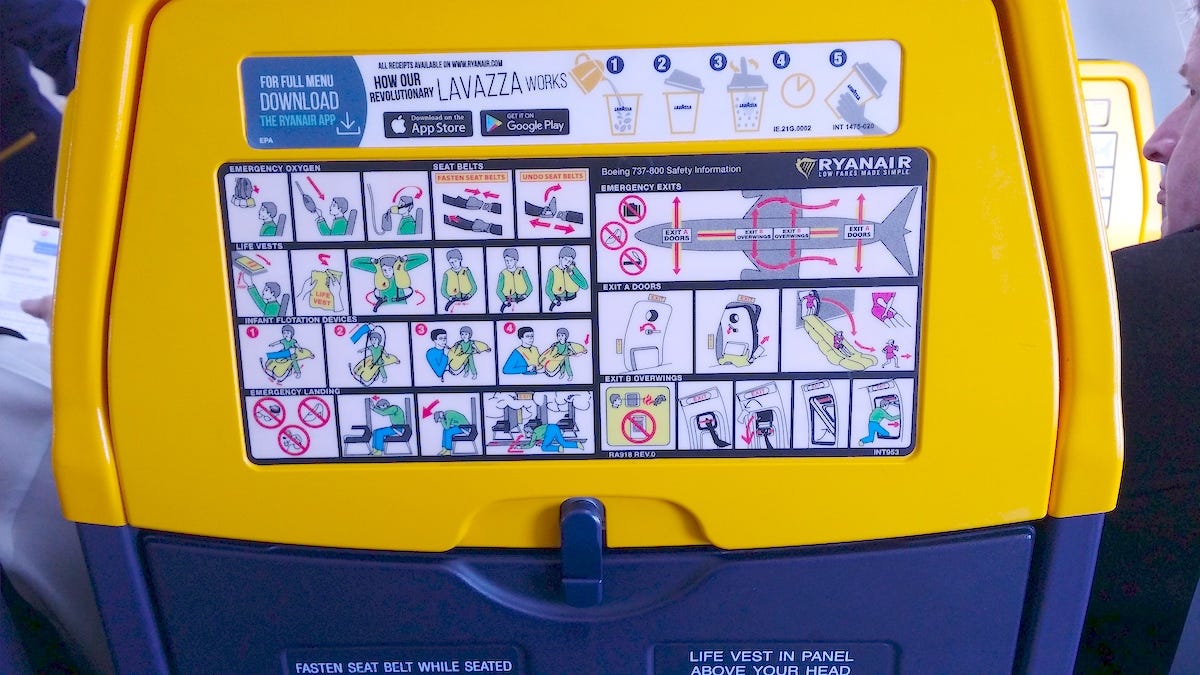 Ben Mack / InsiderThere was not a lot to look at directly in front of me.

I could see why someone might not enjoy the flight if they didn’t bring something to read or their own device. But considering the price I paid and that Ryanair operates mostly short-haul routes, I was not expecting in-flight entertainment.

The bathrooms were small, but very clean. 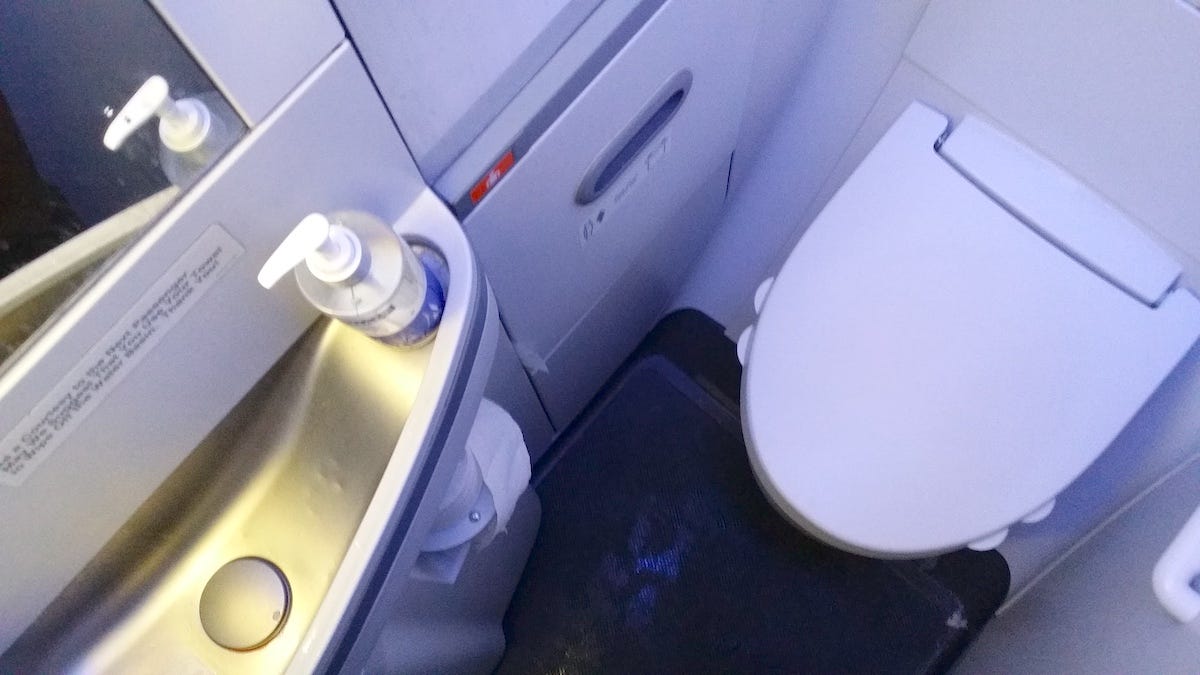 Ben Mack / InsiderThere was one bathroom at the front of the plane and two at the back.

The plane had three bathrooms in total – one at the front, and two at the back. They were rarely occupied during the flight, judging by how few times I saw the “occupied” signs illuminated.

Throughout the flight, the cabin crew were friendly and helpful — and spoke lots of different languages. 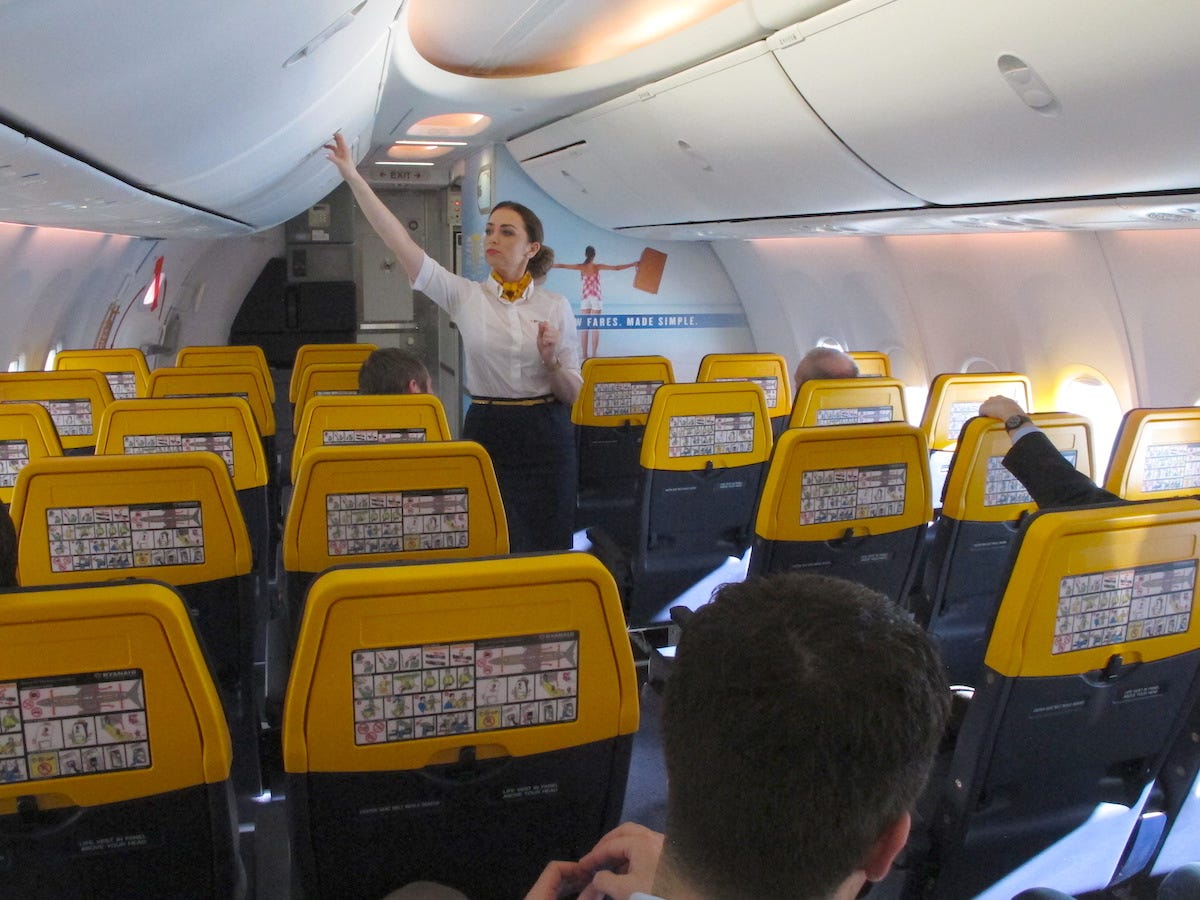 Seemingly always smiling, the crew were also very professional. “We hope you enjoyed your flight, sir,” one of them said later when I got off.

There was a meal service about halfway into the flight — but none of the food was free. 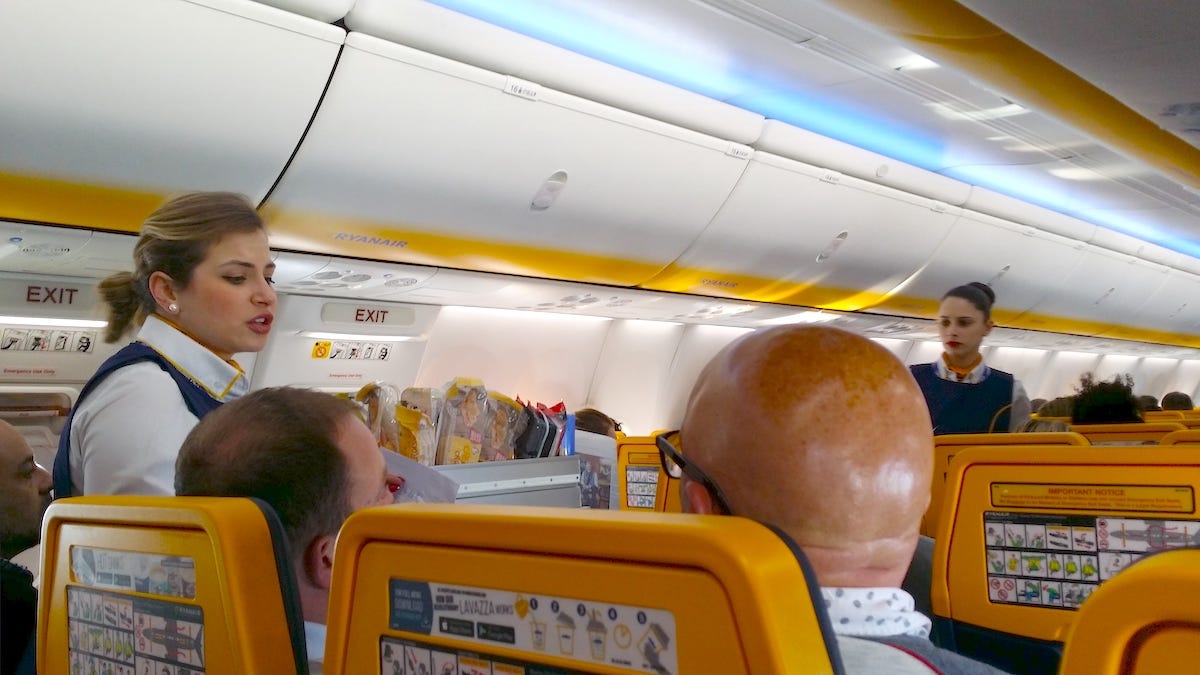 Most people ate their own snacks that they had brought on board – like I did.

The food menu was extensive. 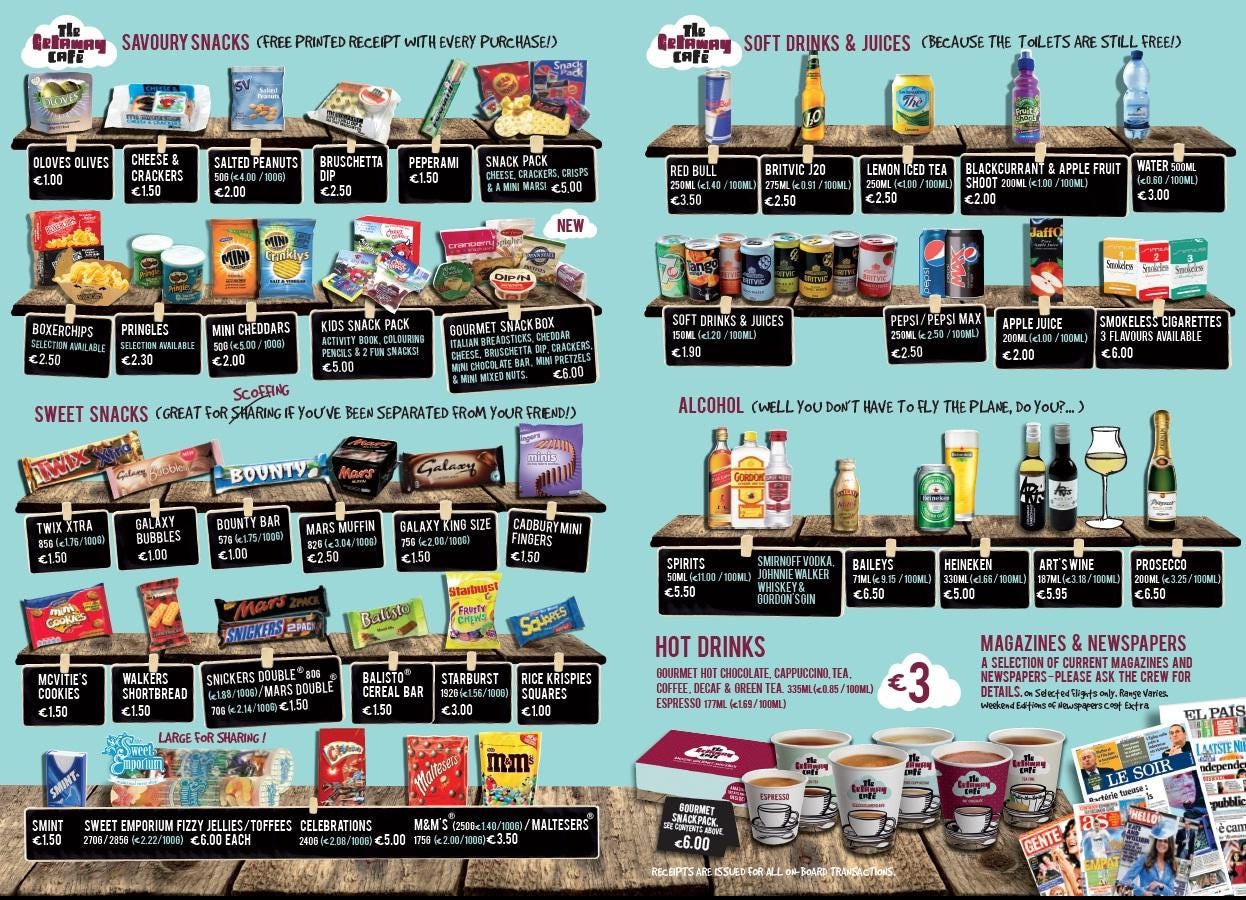 RyanairThe menu, also available on the Ryanair app, had lots of choices.

Not long after passing through with food, crew passed through the aisle to sell duty-free items and scratch cards. 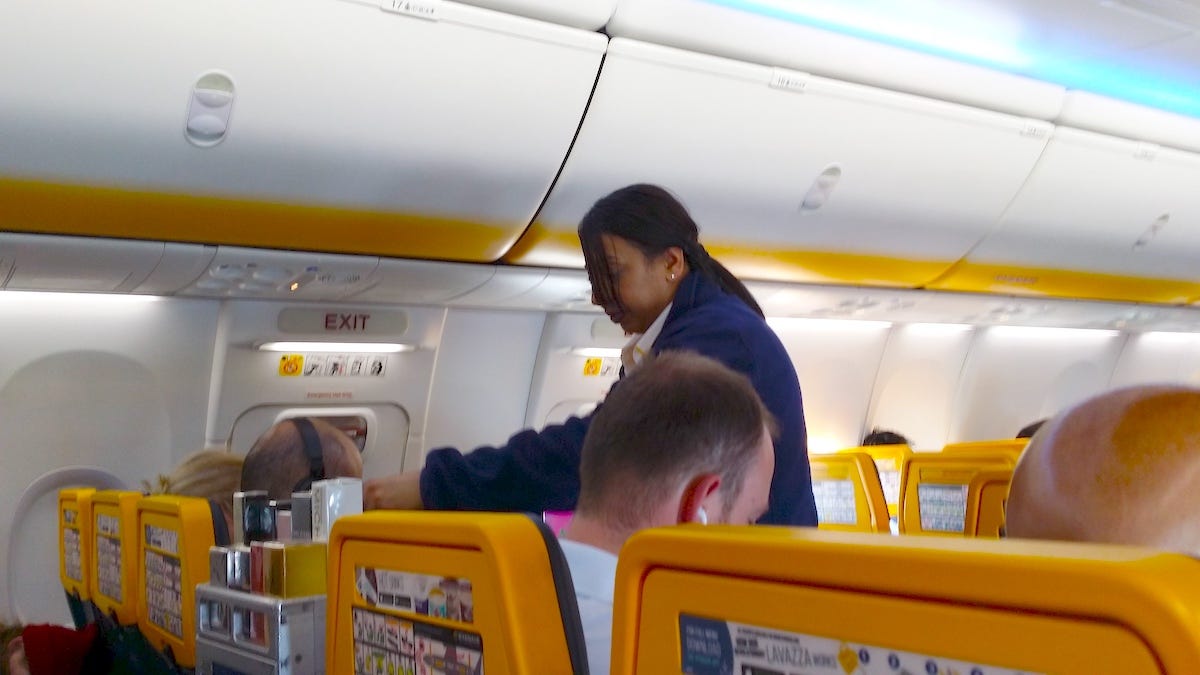 Ben Mack / InsiderPayment for the duty-free items and scratch cards could be made with cash or credit cards.

However, I did not see anyone buy anything.

My flight to London was about 4.5 hours long, but I felt comfortable the whole time. 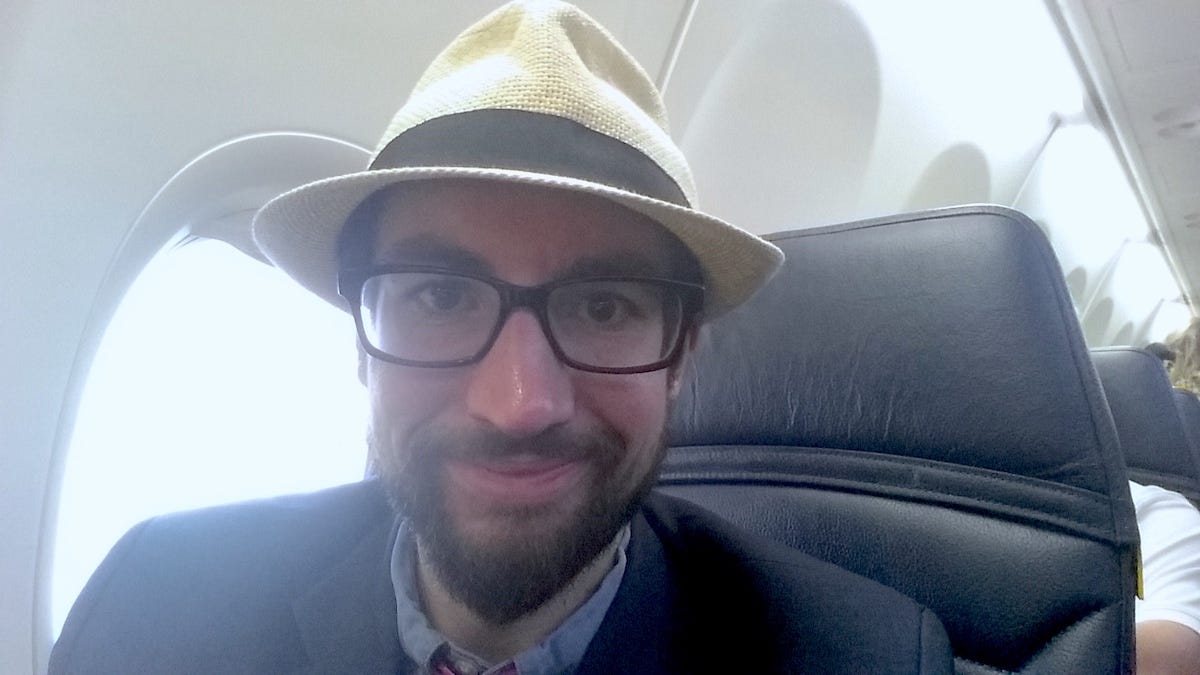 Even without anything to do but read my book, listen to music, and sleep, I landed feeling very refreshed and relaxed. Just like getting on, getting off was quick and easy.

Overall, I thought the flight was a great value for the £50 ($US65) I paid. It was so comfortable and stress-free I’d recommend it to anyone flying short-haul in Europe. 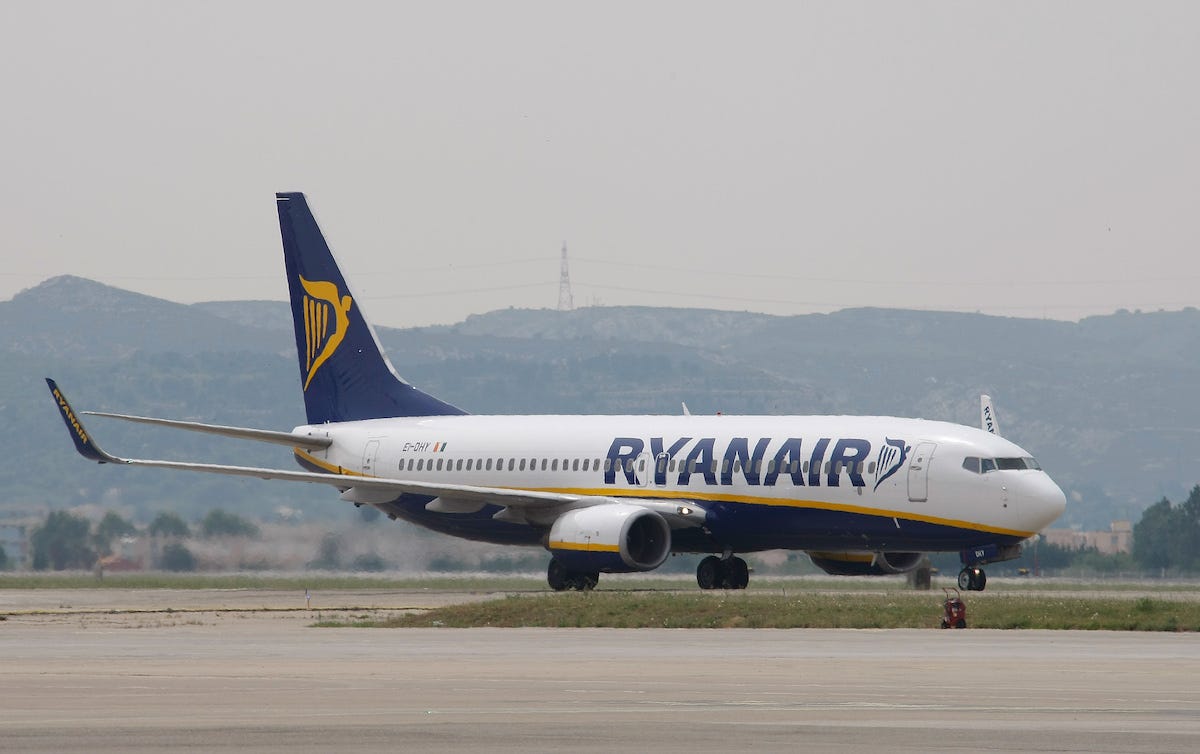 I can’t think of anything that could have been better about my flight. However, I did not pay for any extras, and the Which? survey that rated Ryanair the “world’s worst short-haul airline” did have more than 6,500 respondents.

But I don’t know what people would expect from a low-cost airline to complain – not only did Ryanair get me to where I needed to go on time, but it was far more relaxing than I ever expected a flight costing less than a night out to be.

What it’s like to travel on Flybe, the budget airline used by the royals that’s fighting to stay in business