My first time back in an aeroplane since the pandemic struck was unlike anything I’ve experienced before in a lifetime of flying.

While the pandemic was at its peak in the US, I avoided non-essential flying. Despite my initial cavalier attitude, I determined it wasn’t worth the risk despite some great deals.

My first venture back into the skies was on June 2, when I flew from Hartford, Connecticut, to Atlanta. I knew from the second I booked my tickets that this trip would be different from any that I’d taken before and there would be numerous precautions that I’d need to take, which proved to be very true.

I flew American Airlines and Delta Air Lines, the two largest airlines in the US. My flight down was non-stop on Delta and the way back was on American connecting in Charlotte.

After writing about the effect of this pandemic on the airlines, I was curious to see just how exactly the flights would go and was surprised by how differently the two airlines have adjusted their practices in response to calls for social distancing in the skies. The outcome shocked me.

Here’s what I found.

My first flight was on Delta Air Lines flying from Hartford, Connecticut to Atlanta, Georgia. Connecticut is still in the early stages of opening whereas Atlanta, a Delta hub, is largely open.

The first thing I noticed at the gate were social distancing placards placed by Delta reminding passengers to mind their distancing while boarding.

The message was echoed on the overhead screens that display flight information.

That message was followed by this one, reassuring passengers that the aircraft is being cleaned before the flight.

Delta, like most US airlines, also requires passengers to wear masks while onboard. In total, there were three reminders displayed on the screens of how Delta is working to keep passengers safe.

Delta’s gate didn’t, however, have partitions like some of the other airlines at the airport. Here’s a Southwest gate in the same terminal.

We then boarded the aircraft back to front so that passengers seated in the back wouldn’t have to walk through a plane full of people. Most passengers kept their distance in the gate area.

There were more reminders in the jetway to keep a distance, which isn’t always easy with a large number of people getting on an aeroplane all at once.

All flight attendants onboard wore masks, which is a Delta requirement since they come into close proximity with passengers.

The plane was surprisingly full for a 6:30 a.m. flight from Hartford to Atlanta, a reminder that travel is slowly but surely rising back to normal levels.

Delta is limiting loads at around 60% so middle seats and most aisle seats on the two-side were mostly blocked.

But there was a used napkin or tissue in the seat-back pocket that I didn’t touch so it did make me question how well they cleaned the plane before the flight.

After take-off, the normal snack and beverage service was replaced by the flight attendants distributing plastic bags filled with some essentials.

Inside there were snacks, a napkin, a water bottle, and a single-serving packet of Purell.

I specifically chose a window seat to stay away from the aisle and kept it open the entire flight.

Throughout the flight, there was very little interaction from the crew and most passengers kept their masks on, though exceptions were made for eating and drinking.

It wasn’t the empty flight I had hoped for but for my first flight since the pandemic started, it was a great way to ease back into flying. The only part where it fell down was de-boarding, as passengers all rushed to get off the plane as quickly as possible.

My return flight to Hartford was on American and required a stop in Charlotte, one of American’s southeastern US hubs.

Before I even arrived at the gate and was going through security in Atlanta, I noticed two Delta employees offering hand sanitizer for passengers. Another point for Delta as I wasn’t even flying with them for this leg.

The gate area was promising, with partitions at the counter and only one lane for boarding.

The only social distancing reminders in the gate area, however, were pieces of tape on the floor that said “6 feet” and were only for those going up to the counter, not the boarding lane.

Seats in the gate area weren’t blocked off and passengers did their own form of social distancing. Atlanta’s airport doesn’t require passengers to wear masks while in the terminal.

Unlike Delta, there were few reminders of the airline’s commitment to passenger safety and peace of mind on board. Tiny messages were shown on the information screen that read “We’ve enhanced our cleaning procedures for your safety” and “face covering required on board” but that was about it.

This was our aircraft for the one-hour flight to Charlotte, a Bombardier CRJ 900 regional jet.

It’s close quarters compared to the MD-88 that I had flown down on.

The seat map at check-in showed most seats open, though they later filled up. I had booked basic economy so I had no say in my seat selection until I got to the gate but I wasn’t sure why American had assigned me a seat next to somebody when there were open rows ahead of me.

There were no special boarding procedures for this flight. First class boarded first and then eight zones boarded before I did, despite being in the second to last row of the plane and that I’d have to walk past the numerous rows that were ahead of me.

I moved to the last row when boarding completed to get more privacy. Passengers were asking the flight attendant if they could move seats to open rows to be away from other passengers but the airline wasn’t proactive in doing this.

The seats were clean and that was a positive, at the very least.

There was no in-flight service for the quick hop to Charlotte because of new airline rules and no essentials kit like the one provided on Delta.

Luckily, the flight was only an hour long.

The final flight of the trip was a one-hour and 30-minute flight from Charlotte back to Hartford, the last flight of the day between the two cities.

This flight would be on a larger Airbus A319, a nice step up from the regional jet.

But unluckily for me, I was assigned a middle seat at check-in despite there being scores of open window and aisle seats open. I couldn’t help but feel American was once again punishing me for booking a basic economy ticket by assigning me that seat, even though we’re in a pandemic.

I was able to get my seat changed at the gate to an empty row and moved over to the window. Another passenger who was seated a few rows ahead in the middle moved to the aisle seat in my row after boarding.

With so many open seats, I wondered why I was initially given a middle seat in a packed row. I had hoped that American would place safety and peace of mind over the fact I booked basic economy and assigning seats in empty rows should have been done by the airline, not passengers.

Just like on the flight to Charlotte, there was no in-flight service though flight attendants did offer to bring a drink to anybody who requested one.

When we landed, flight attendants kindly asked if passengers would deplane by row rather than all getting up at once, and, to my surprise, they did! I’ve been on planes where passengers won’t stay seated for people with tight connections to get off first.

After flying two flights on American and one on Delta, I have to give the win to Delta.

Delta was very proactive in ensuring peace of mind during the flight, especially for someone like me who hadn’t flown since the pandemic. I would have felt differently about flying had my first flight back been on American where there were very little social distancing efforts.

Even though the practice will incur losses for Delta, the airline is extending its policy of blocking middle seats until the end of September. Similarly, instead of giving up on service altogether like American, Delta still provided some essentials like hand sanitizer and water.

On this trip, I saw firsthand how social distancing on aeroplanes is a myth. But with that in mind, some airlines are still making the effort and that will undoubtedly go a long way for some passengers as it did for me on my first flight back. 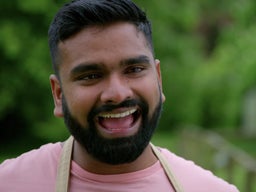