Floyd Mayweather 'wants to fight' and would work once again with Dana White, the UFC boss said 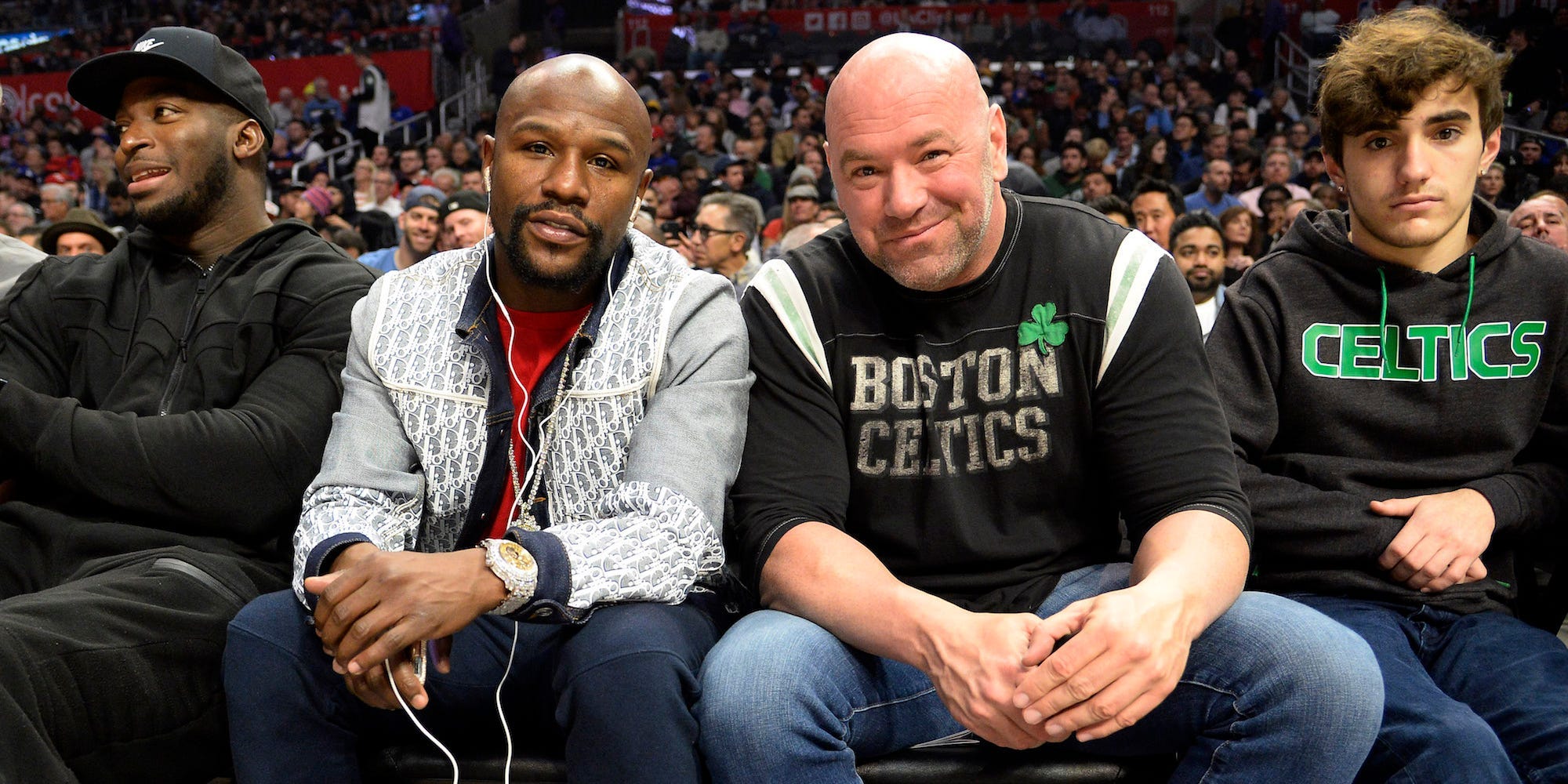 Photo by Kevork Djansezian/Getty ImagesMayweather and White at an NBA game.

The UFC president Dana White has reiterated his claim that Floyd Mayweather “wants to fight” again, and that the two of them are “going to do something.”

White and Mayweather worked together on the landmark, crossover, boxing rules contest involving the former two-weight UFC champion Conor McGregor, which the American won by 10th round stoppage.

The 2017 bout was Mayweather’s last, as he called time on an unbeaten pro career in which he fought 50 times.

Though he is yet to break retirement for a bout which would count on his official record, he did take part in a Japanese exhibition involving the promising Rizin FF kickboxer Tenshin Nasukawa at the end of 2018.

Months later, Mayweather said he would take part in five more exhibitions in 2019 as he looked to bank $US80 million.

It is unclear whether the latest comeback rumours involve an actual contest, or an exhibition, but White told Kevin Iole of Yahoo Sports that: “He wants to fight.”

White said: “I’m dealing with all the s— that’s going on with 2020 right now. Floyd and I want to work together. We want to do something. We’re going to do something. I just need a little more time to get my s— together.”

Mayweather is 42 and has had significant time away from the ring, which some fear could impact his performance in any return fight. White, however, said that doesn’t worry him.

“It doesn’t concern me but those are things that will all factor into the fight. Those are questions that will be answered when you put the fight on,” he said.

“The Conor McGregor vs. Floyd Mayweather fight was the perfect storm. That thing was built from the fans to the media and became what it became.”

Khabib Nurmagomedov will use his father’s tragic death as motivation for his fight with Justin Gaethje, his gym-mate said