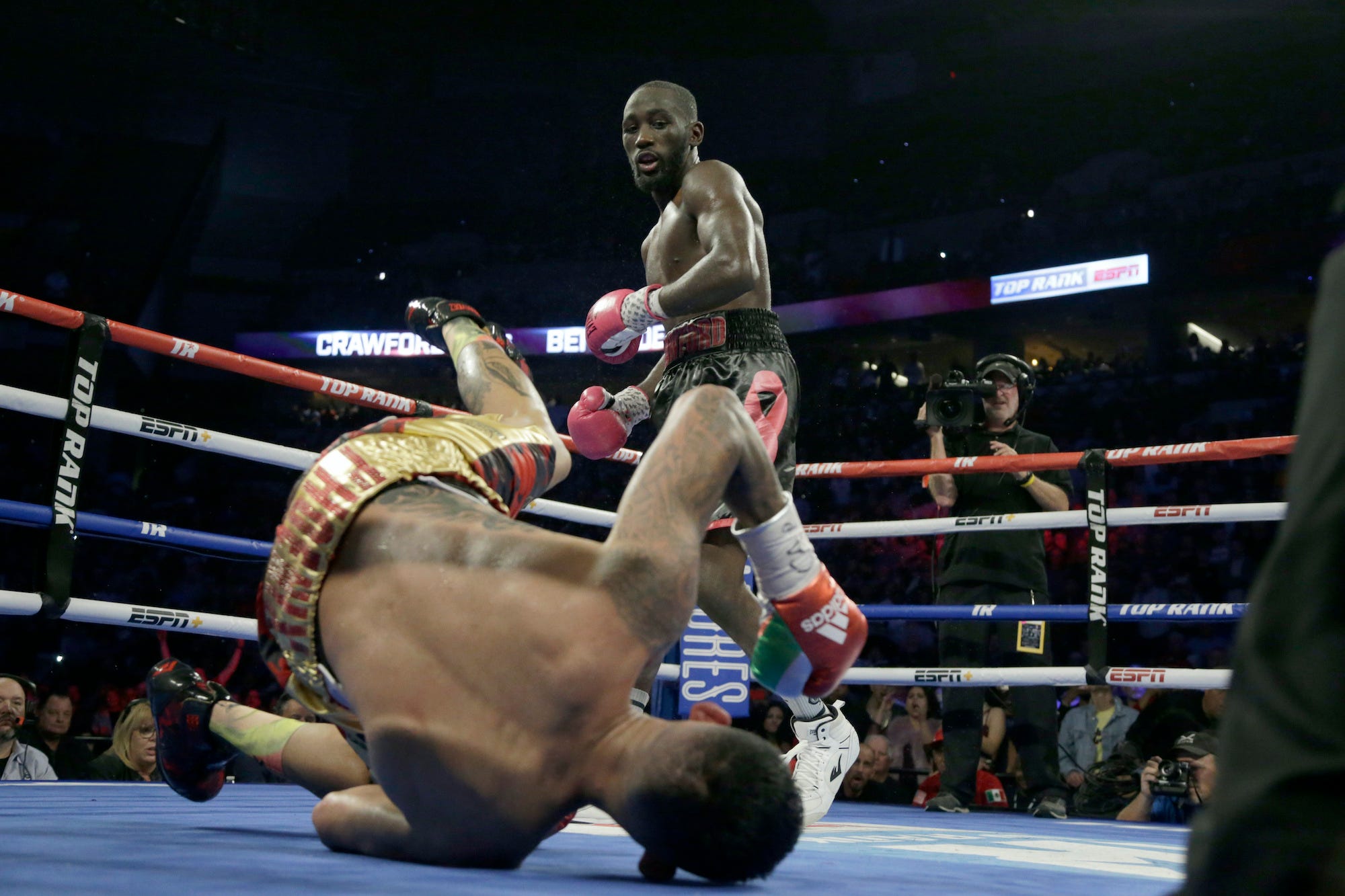 Terence Crawford is the world’s No.1 boxer according to the former five-weight world champion boxer Floyd Mayweather.

Speaking at a Q&A event in Rotherham as part of a publicity tour through the UK, Mayweather was asked who he thought was boxing’s top fighter right now.

He mentioned two athletes as he said there is a difference between the most exciting fighter on the planet, and the best.

“Pound-for-pound, I would have to say Terence Crawford [is the best],” Mayweather said.

Crawford is ranked as Insider’s sixth-best athlete when it comes to the pound-for-pound discussion in boxing. For Mayweather, though, it is Crawford who is the No.1 guy.

To watch, the switch-hitting Crawford appears to be the most beautiful boxer on the planet.

His achievements as a three-weight world champion and the undisputed king of the light welterweight division also puts him in good stead in this list. But he doesn’t rank higher because Crawford has no clear, career-defining victory.

Signed to the Top Rank promotional stable, Crawford’s main rivals – Pacquiao and Spence Jr. – are currently signed to the rival fight firm Premier Boxing Champions. Crawford needs to fight at least one of those PBC athletes, preferably both, and win, if he wants to climb higher as a pound-for-pound force.

As for the most exciting, Mayweather went with Geronta Davis, who he represents through his promotional vehicle Mayweather Promotions. As an athlete who finished his amateur career with a 206-15 record, Davis has extraordinary finishing ability to complement his technical base – something he has shown for years.

His last win, a December stoppage over Yuriorkis Gamboa, saw Davis add a world title in a second weight class to his honours roll. He is now expected to take on bigger and better fights, potentially against Leo Santa Cruz in Los Angeles in the summer, which will continue to elevate his pound-for-pound ranking should he keep on winning.

Mayweather mentioned Davis’ knockout ratio, as he’s finished 22 opponents out of 23, with only one fighter lasting the distance with him, yet still losing.

“Hands down Gervonta Davis is the most exciting fighter in the sport of boxing right now.”

Prominent people in boxing are urging Floyd Mayweather to stay retired forever rather than return to the ring for a real, sanctioned fight

Conor McGregor’s trainer would like to see him fight Justin Gaethje next, and expects a return to boxing within a year

$US1 billion promoter Eddie Hearn is on a mission to take over world boxing, and his plan involves 3 of the biggest stars in the sport