Floyd Mayweather Jr. reportedly doesn't think he will ever return to professional boxing 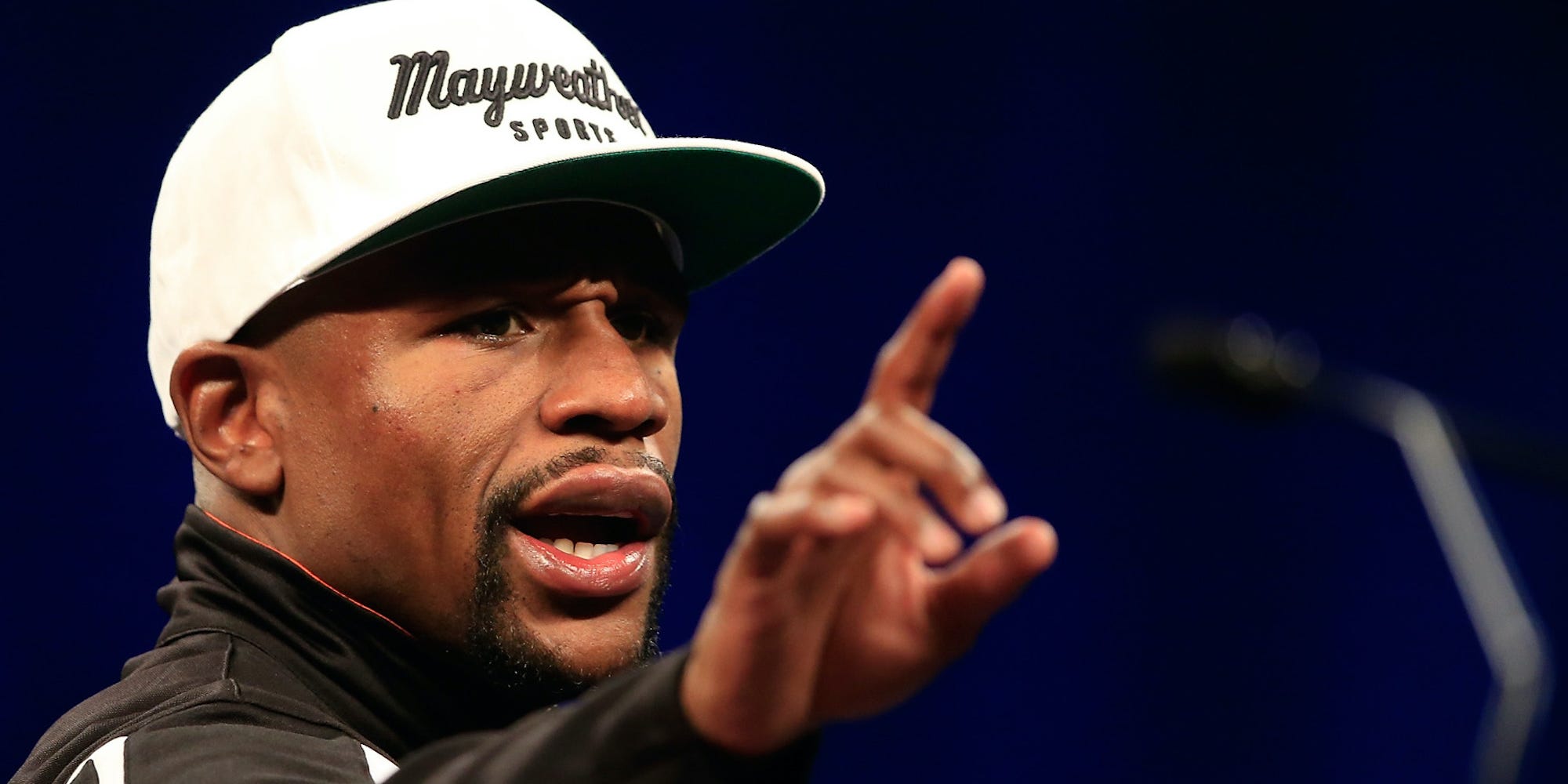 Floyd Mayweather Jr. said he’s sure he’s never going to box professionally again, according to CNN en EspaÃ±ol. The legendary boxer retried in 2017 with an undefeated record of 50-0 and has since focused much of his attention on being a boxing promoter.

“I’m 100% sure that I’m not fighting against any boxer anymore,” he continued. “So, that’s out of the question. I mean, just my faculties mean a lot to me. Money don’t make me, I make money and my health is more important than money.”

“As far as me doing exhibitions and me fighting MMA guys, will I do that in a box ring? Absolutely,” he said.

Last November, Mayweather posted a photo on Instagram with the caption, “Coming out of retirement in 2020.” But he has now seemed to walk back on that statement. At the time, CNN also reported that Mayweather had plans to work with UFC head Dana White on “another spectacular event.”

He remains one of the highest-earning boxers of all time, as Business Insider’s Barnaby Lane previously reported. He is estimated to have won over $US1 billion in prize money throughout his career and has garnered a slew of lucrative endorsements, including one from Burger King.

He briefly came out of retirement in 2017 to fight Conor McGregor, a fight that CNN reports earned Mayweather over $US250 million. In total, the fight grossed over $US550 million.

Outside of the ring, he is known for his splashy and expensive lifestyle, owning a $US50,000 diamond iPod case and a $US20,000 Bentley gold cart, Business Insider previously reported.