Floyd Mayweather told Conor McGregor if the UFC fighter comes out of retirement, he'll happily punish him in a rematch 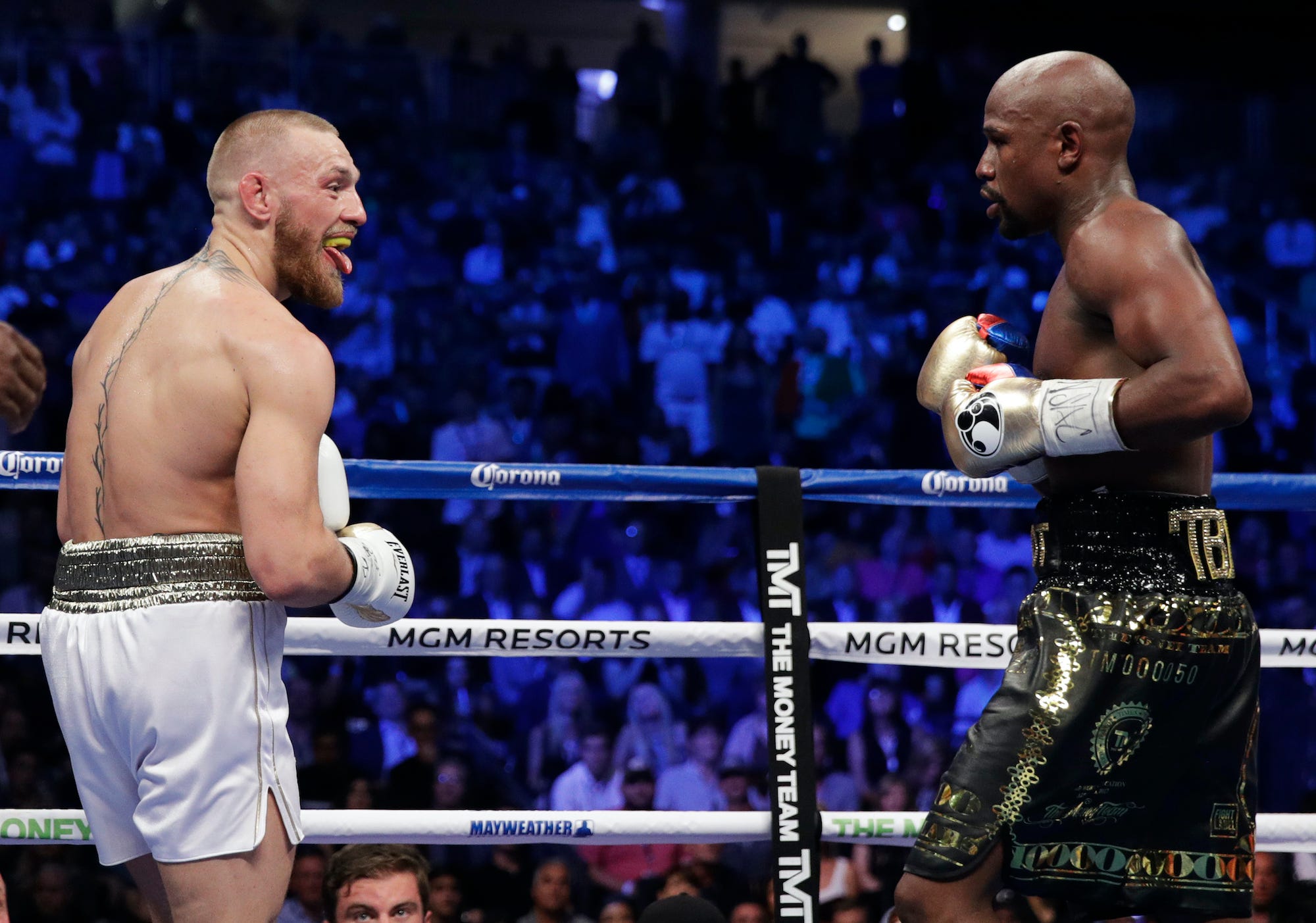 Floyd Mayweather has challenged Conor McGregor to return to combat sports for what could be a $US85 million payday even though the Irishman has only been retired for 24 hours.

Commenting on McGregor’s latest Instagram post, in which the Irishman showed a chocolate brownie with the words, “Happy retirement, Daddy,” scrawled in icing, Mayweather wrote: “If you decide to come back, I will be waiting to punish you again.”

Mayweather and McGregor fought a landmark boxing rules contest in 2017. The American won in the 10th round, stopping a fatigued McGregor on his feet.

Mayweather, who earned $US275 million for the win according to Forbes, finished his boxing career with a flawless record of 50 wins against zero losses.

After scooping $US85 million for losing to Mayweather, McGregor went on to lose a fourth round submission to Khabib Nurmagomedov in 2018 before rebounding with a 40-second victory at the T-Mobile Arena in Las Vegas, earlier this year.

The former two-weight UFC champion had vowed to fight twice more in 2020 but between the coronavirus pandemic and apparent issues with the world’s premier mixed martial arts company, McGregor has instead said he’s retired from the fight game.

McGregor made the initial announcement minutes after the behind-closed-doors UFC 250 event had finished at Apex, a UFC-owned facility in Las Vegas.

“I’ve decided to retire from fighting,” he wrote on Twitter. “Thank you all for the amazing memories! What a ride it’s been!”

Because of his previous desire to fight, even going as far to text the UFC boss Dana White as he apparently wanted to compete on “Fight Island,” a mystery private island the UFC has reportedly leased to hold international events, MMA reporters opined that the announcement was more of a power-play between the athlete and the UFC.

McGregor is not the only fighter to have issues with the UFC, as Jon Jones and Jorge Masvidal have also expressed dissatisfaction with the current order, while Henry Cejudo also recently walked away as a champion.

MMA fighters perhaps realise there is a wild pay disparency between the share of revenue combat athletes enjoy at the UFC (between 14% and 17%) compared to NFL players (47% this year, 48% next year).

Should McGregor want to compete in combat sports, albeit just not for the UFC, he could perhaps explore Mayweather’s offer.

“If I’m not mistaken, didn’t you tell Mike Tyson you could beat me if we fought a second time?” Mayweather said. 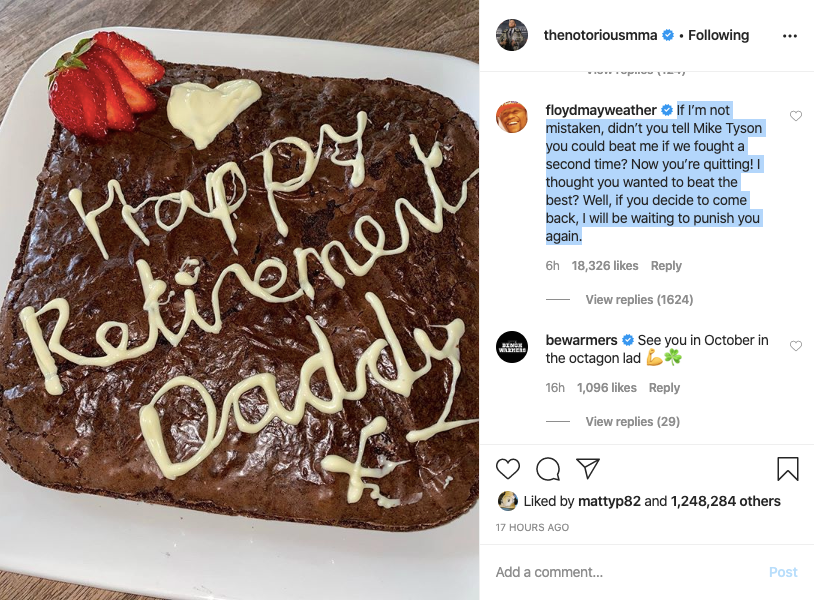 “Now you’re quitting! I thought you wanted to beat the best? Well, if you decide to come back, I will be waiting to punish you again.”

It is unclear if McGregor will go through with his retirement announcement.

Should he do so, he would leave the sport as the best-selling UFC fighter of all-time with a final record of 22 wins (19 knockouts, 1 submission, and 2 decisions) against 4 losses.

Floyd Mayweather says his new goal in boxing is to maximise the potential of young, black fighters

The UFC commentator Joe Rogan doesn’t believe Conor McGregor is retiring, and said he’s just trying to get people to talk about him

Conor McGregor retired because he’s ‘bored,’ ‘tired,’ and just not excited by the fight game anymore