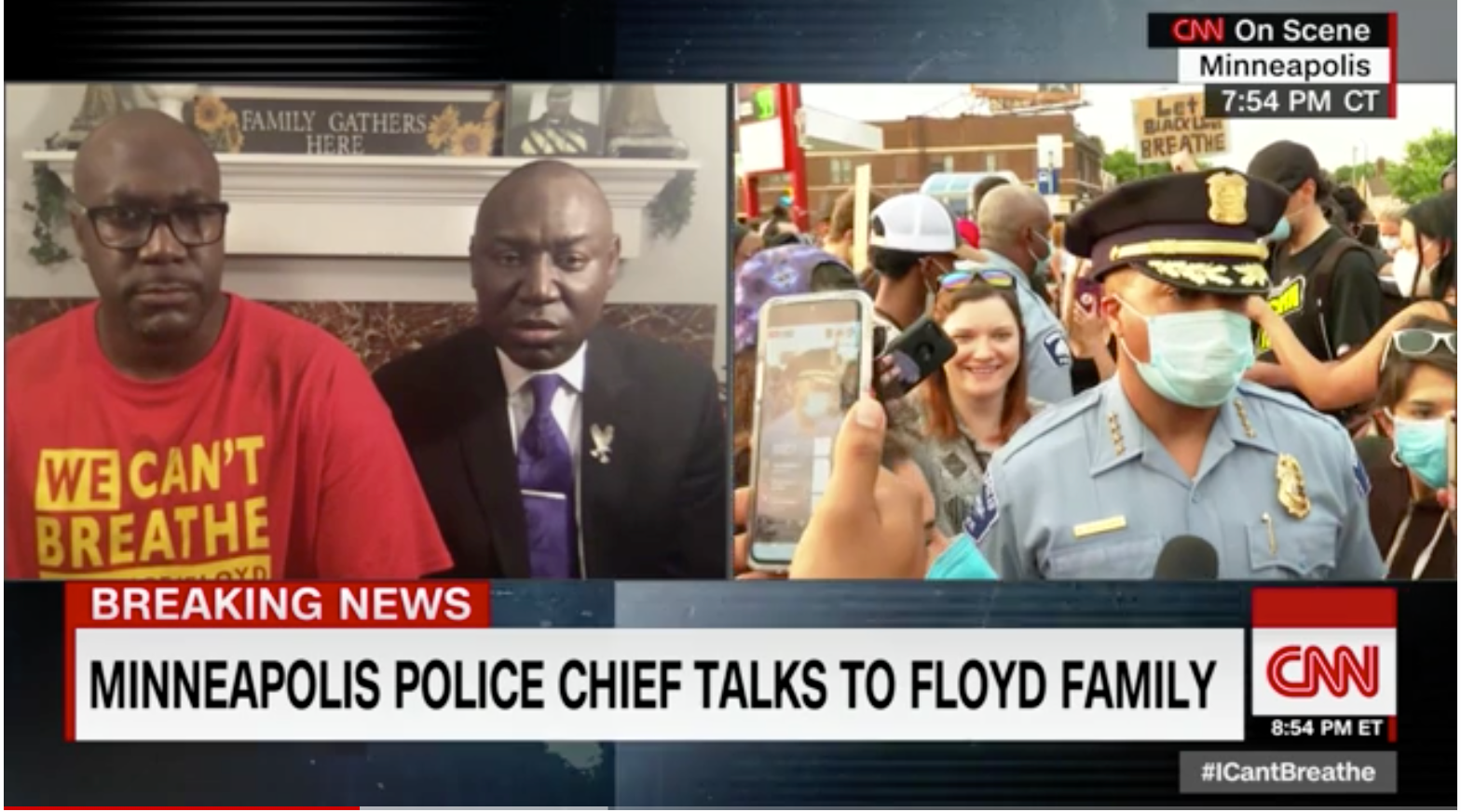 CNN reporter Sara Sidner was reporting live from a Minneapolis protest with the chief on Sunday when she was interrupted mid-sentence by Don Lemon. He told her that Floyd’s brother, Philonise, wanted to ask the chief a question through her. It was the first time that the family has had communication with the department since his George Floyd was killed on Monday.

Floyd died after Officer Derek Chauvin knelt on his neck for more than eight minutes as three other officers looked on. All four officers were fired, but only Chauvin has been arrested and charged with third-degree murder and manslaughter.

While live on CNN, Sidner walked over to Arradondo, who had been speaking to protesters, to ask the question on Philonise Floyd’s behalf.

“I wanted to know if he’s going to get justice for my brother, and arrest all the officers and convict them,” Philonise told Sidner, who then passed the question on to the chief.

“To the Floyd family, being silent or not intervening, to me, you’re being complicit,” Arradondo said.

“Obviously the charging and those decisions will have to come through our county attorneys office, and certainly the FBI is investigating that, but to the Floyd family, I want you to know that my decision to fire all four officers was not based on some sort of hierarchy,” he added. “Mr. Floyd died in our hands, and so I see that as being complicit.”

Sidner then asked Arrandondo if he thought the other three officers should be arrested.

“I don’t see a difference, the ultimate outcome is that he is not here,” he said. “Silence and inaction, you’re complicit. If there were one solitary voice that would have intervened and act, that’s what I would have hoped for.”

Arradondo said that he would have hoped for the other officers to intervene during Floyd’s killing.

“That’s what you would have expected from your officers, correct?” Sidner said.

Lemon then asked Floyd’s brother if he wanted to respond.

Being the go-between for the chief and the Floyd family caused Sidner to choke up on air.

“I can’t tell you, Don, what that’s doing to me, hearing them have this conversation through me to the chief,” Sidner said. “To hear the pain in the Floyd family’s voice and to have to convey that, I hope that I did the right thing for them because I know that they are hurting so, so badly.”

As Sidner fought to hold back tears, Philonise Floyd wiped his eyes with a tissue.

Watch to interaction between Floyd and Sidner on CNN.com «