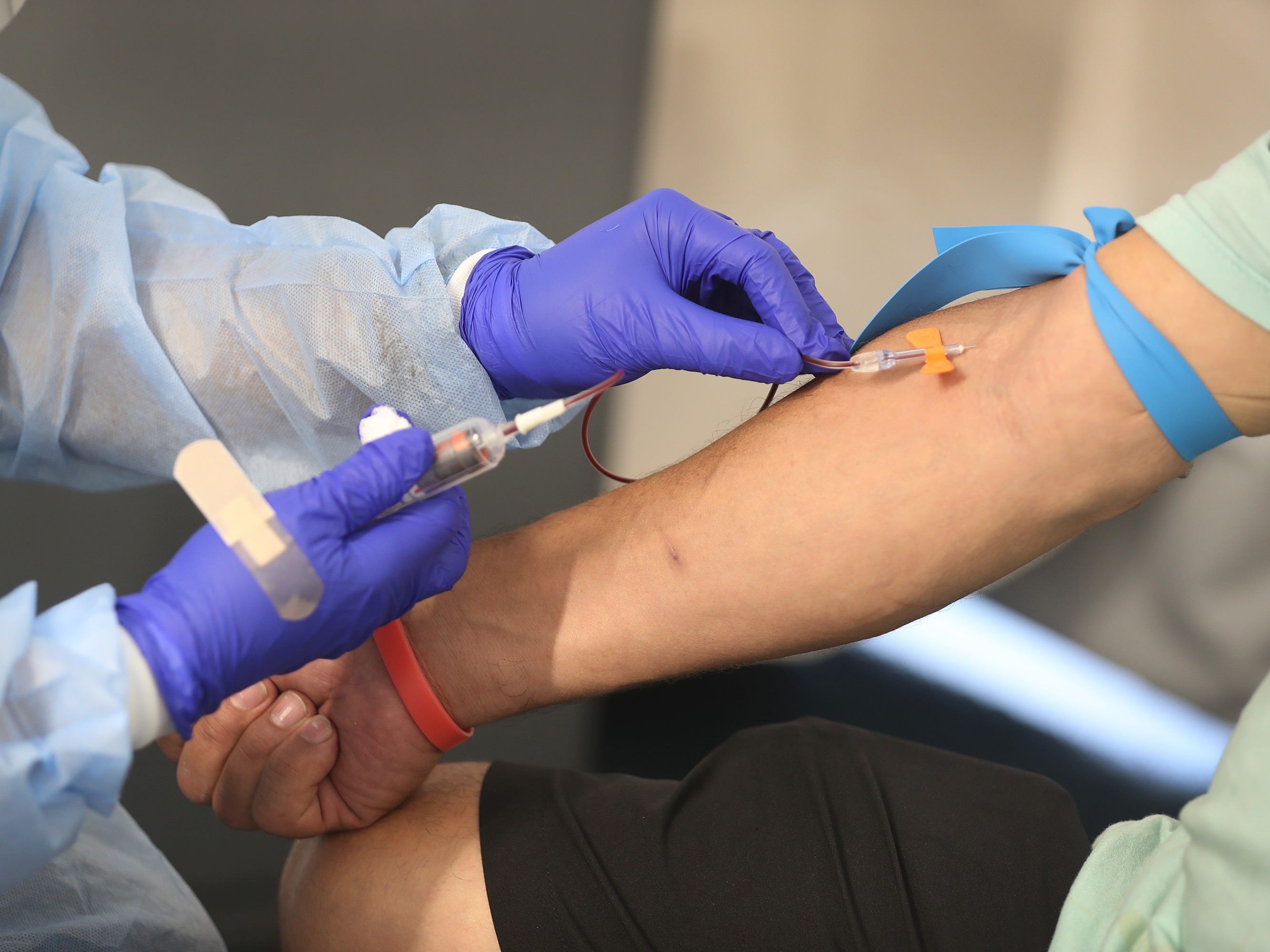 Joe Raedle/Getty ImagesDr. Jacqueline Delmont, Chief Medical Officer of SOMOS Community Care, takes blood from a person for a COVID-19 antibody test in a medical tent at a testing site locate at the Miami Lakes Youth Centre on July 22, 2020 in Miami Lakes, Florida.

Florida on Sunday reported 1,230 coronavirus fatalities, a record for the state’s weekly reported deaths, the Orlando Sentinel reported. According to the newspaper, there were also 63,277 new cases and 3,086 hospitalizations this week.

The Florida Department of Health reported 62 COVID-19 deaths on Sunday, resulting in a total of 7,084 resident deaths for the state.Florida’s COVID-19 Data shows 487,132 total cases, 27,150 resident hospitalizations and 122 non-resident deaths.

The New York Times reported that Florida’s fast economic re-opening contributed to the spike in cases. According to the report, Miami-Dade County contact tracers discovered that 30 per cent of people who tested positive for coronavirus contracted it from someone in their home.

With establishments open, many residents have been enjoying summer and partying on boats which are making the outbreak worst. Insider previously reported that Florida, one of the nation’s hotspots for coronavirus, saw a record number of 15,000 new cases in a single day on July 12.