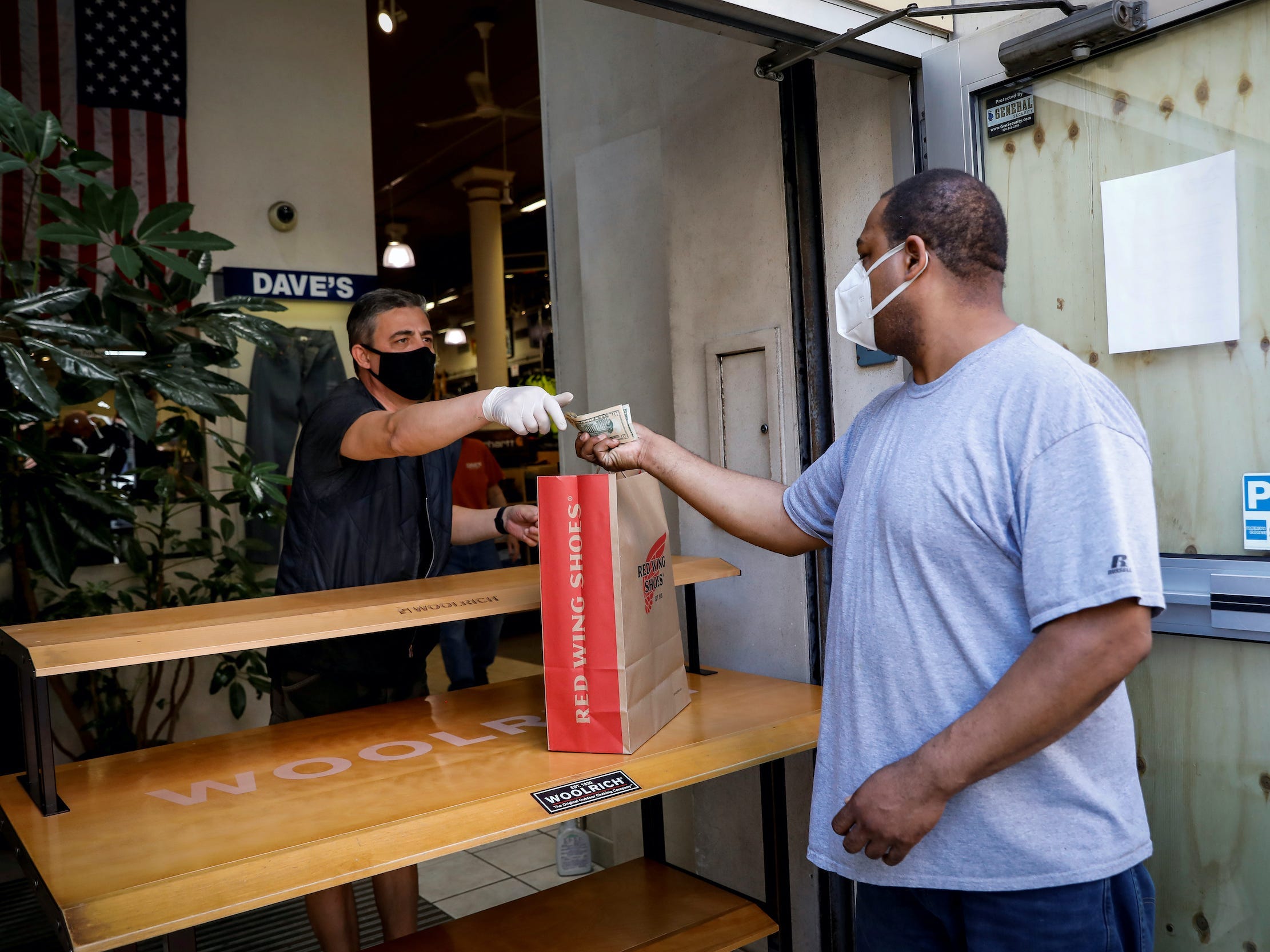 Brendan McDermid/ReutersThe move will benefit service workers the most, according to the Florida Policy Institute.

The people of Florida voted Tuesday to increase the state’s minimum wage to $US15.

Just shy of 61% of voters backed the amendment on election night. It needed 60% of the vote to pass, like all other citizen-led ballot measures in Florida.

The amendment means Florida’s hourly minimum wage will nearly double, from $US8.56 currently, by 2026.

Minimum wage will rise to $US11.98 for tipped employees, adjusted annually based on inflation.

Florida is the most conservative state yet to approve the rise to $US15, joining California, Connecticut, Illinois, Maryland, Massachusetts, New Jersey, and New York. Florida was the first state to do so via ballot measure.

The vote will help bring more than a million households out of poverty, the Florida Policy Institute (FPI) said, and increase wages for around 2.5 million people â€” or one in four workers in the state.

This move will benefit service workers the most, the FPI said â€” especially those in the state’s tourism industry.

This would also “bring Florida a step closer to racial and gender equity,” the FPI said, because women and people of colour are “historically overrepresented” in low-wage work.

The change in minimum wage will also raise an additional $US577 million sales tax revenue in 2026-27, data released by the FPI suggested.

“Florida’s current system has long-failed to keep up with the state’s rising cost of living,” the FPI said, adding: “the COVID-19 crisis and economic recession have disproportionately impacted Floridians already struggling to make ends meet.”

Opponents say the wage raise will hurt small businesses, particularly those in the tourism industry, many of which are already struggling from the impacts of COVID-19.


Read more:
Why the pandemic is the right time for a no-tipping restaurant policy

Florida’s last minimum wage increase in 2005 was similarly caused by a ballot measure, and the state’s legislature has never raised the minimum wage.

The wage increases will be incremental, and the first raise will bring Florida’s minimum wage to $US10 an hour in November 2021.

The initiative was heavily supported by Orlando lawyer and businessman John Morgan, who spent more than $US5 million on the ballot initiative.

Democratic presidential nominee Joe Biden wants to increase the federal minimum wage to $US15 an hour, up from the current $US7.25, but President Donald Trump says states should be able to set the figure themselves.

In 2019, the US House of Representatives passed a plan to incrementally raise the federal minimum wage to $US15 an hour by 2025, but this was rejected by the Senate.