A Florida man has been arrested over claims he spat on a child's face and told him: 'You now have coronavirus' 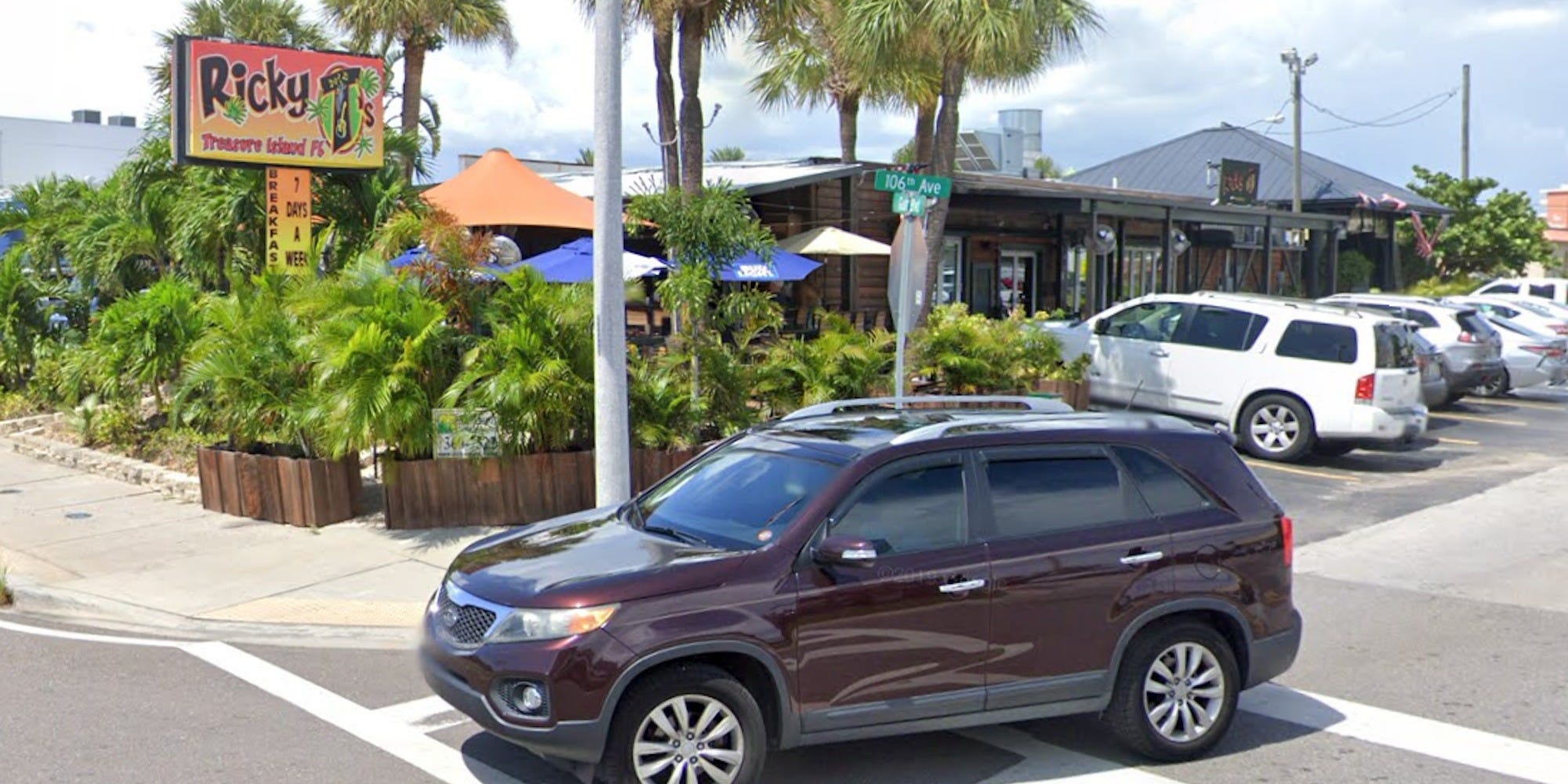 Google StreetviewA Florida man was arrested on suspicion of spitting on a child’s face at this restaurant in Treasure Island, Florida, on Sunday.

A Florida man has been accused of spitting in a boy’s face and telling the child “You now have coronavirus,” according to local outlets.

The incident is said to have happened at a restaurant in Treasure Island, Florida, on Sunday at about 9:30 p.m., according to the Tampa Bay Times.

Jason Andrew Copenhaver, 47, is accused of going up to a boy – whose name and age were not released – and getting angry with him for wearing a face mask, the newspaper reported.

The Times cited records from the Treasure Island police saying that the boy refused to remove his mask and that Copenhaver then grabbed the boy’s hand tightly, got close to his face, and told him he now had the coronavirus.

The officers said the boy told them Copenhaver “was in such close proximity that spit particles from (Copenhaver’s) mouth landed in his face,” according to the newspaper.

Jason Andrew Copenhaver, 47, told a stranger's child to take his mask off at a restaurant, police say. When the boy refused, Copenhaver grabbed him and told him: "You now have coronavirus." https://t.co/XRQS1KsqeW

The police records said that restaurant workers suspected him of being intoxicated, that he was not wearing any shoes, and that he tried to hit a staff member after being asked to sit down, according to the Times.

He was later taken outside and pinned to the ground until the police arrived, the newspaper said.

Officers arrested him on charges of simple battery and disorderly conduct, the Times and Fox 23 News reported.

Officers said he told them he didn’t know whether he had the coronavirus and had never been tested for it, the Tampa Bay Times reported.

Copenhaver was booked into the Pinellas County Jail but was freed Monday after posting $US650 bail, Fox 23 reported.

Florida is dealing with one of the biggest coronavirus outbreaks in the US. As of Friday, the state recorded more than 510,000 cases and 7,747 deaths attributed to COVID-19.

Pinellas County, where Copenhaver was arrested, has more than 17,000 cases and has recorded 469 COVID-19 deaths, according to data released by the state.