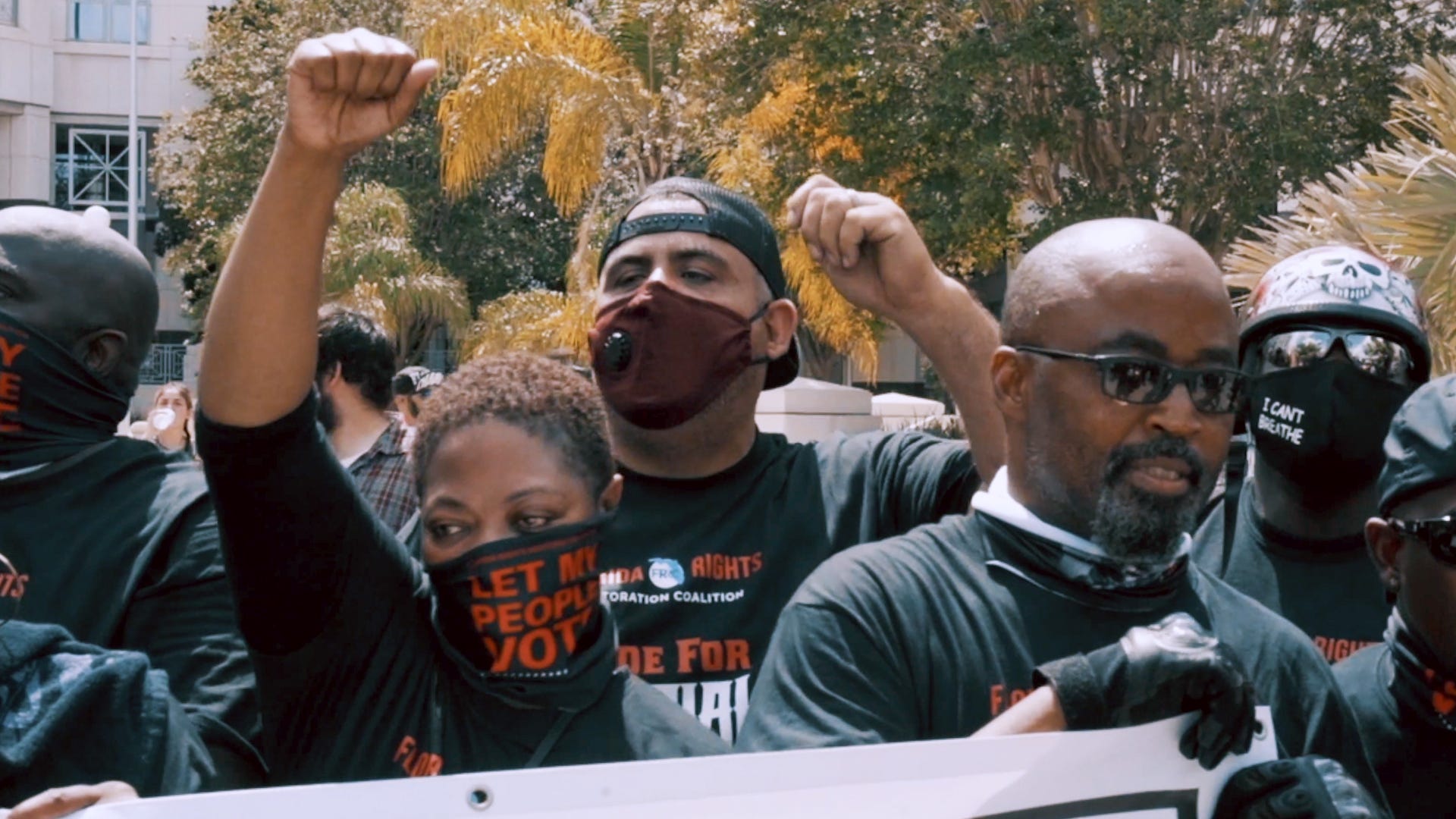 For the first time people in Florida who have been convicted of felonies will be allowed to vote.

And now a statewide campaign led by local nonprofits – including one established by LeBron James – could add as many as 1.4 million new voters in a key swing state ahead of the 2020 elections.

Since 2018 the Florida Rights Restoration Coalition, or FRRC, has registered thousands of people convicted of felonies.

The law has been challenged through a series of court battles, but earlier this month the Supreme Court allowed the restrictions to stand.

Iowa remains the only state that bars former convicts from voting. But many states – including Florida – still forbid at least some people with criminal conviction from voting, keeping millions from the polls every election, according to the Brennan Centre for Justice.

Such laws disproportionately affect Black and Hispanic Americans, who are incarcerated at much higher rates than white Americans.

“Because when you’re in that booth, it’s one man, one vote.” 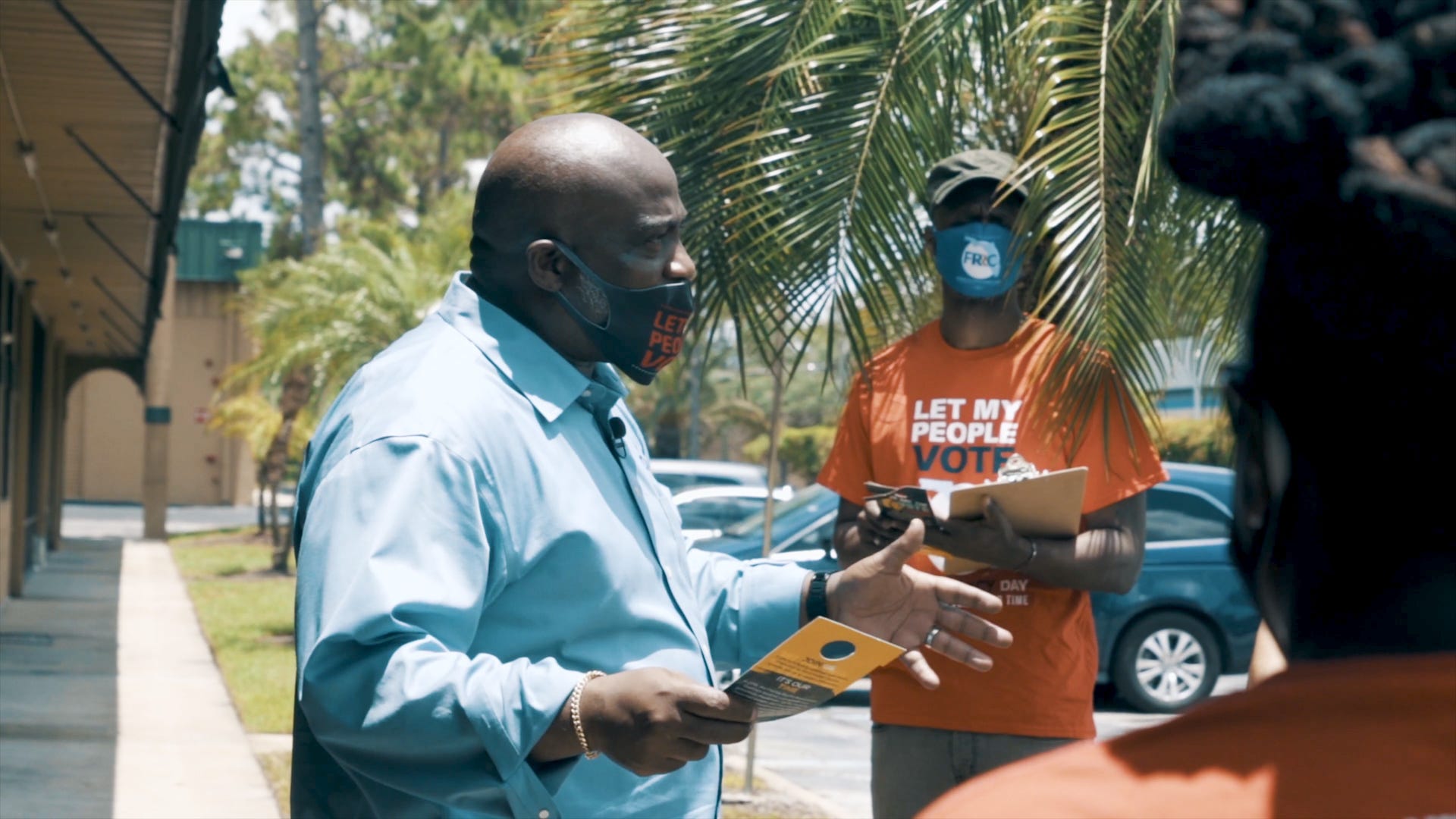 Many FRRC staff who are canvassing door to door are former convicts, or, as the organisation prefers to call them, returning citizens.

“When folks call me ex-con, ex-felon, you know, it’s almost like a slap in the face. It’s always that, that I’m being constantly reminded of what I did in the past,” Meade said. “I am someone’s father, I’m someone’s brother. I am a fellow citizen that is dedicated to creating a much better society for all of us.”

Meanwhile, a nonprofit called More Than a Vote, led by NBA superstar James, said it would donate $US100,000 to the FRRC to help Florida residents struggling to pay off fees associated with their convictions before they register to vote.

Before 2018, Florida was just one of three states where all former convicts were permanently barred from voting. But that changed when voters overwhelmingly approved Amendment 4, a change to the state constitution that restored voting rights for most returning citizens. Exceptions included people convicted for murder or sexual offences.

But shortly after, Republican Gov. Ron DeSantis signed a law requiring people convicted of serious crimes to pay any court fees and fines before they can vote. Those court fees can cost anywhere from $US600 to well into the thousands, and can accumulate even after release.

“I would estimate it is 80% of folks who are convicted of felonies have court costs that they are not able to pay,” Carey Haughwout, president of the Florida Public Defenders Association, told Business Insider Today.

But voting is just one of the several challenges for returning citizens, who also face discrimination when applying for jobs or homes to rent. One report found that 80% of formerly incarcerated people experienced difficulty renting a house after they were released, regardless of what they were convicted for or how long ago it had occurred. 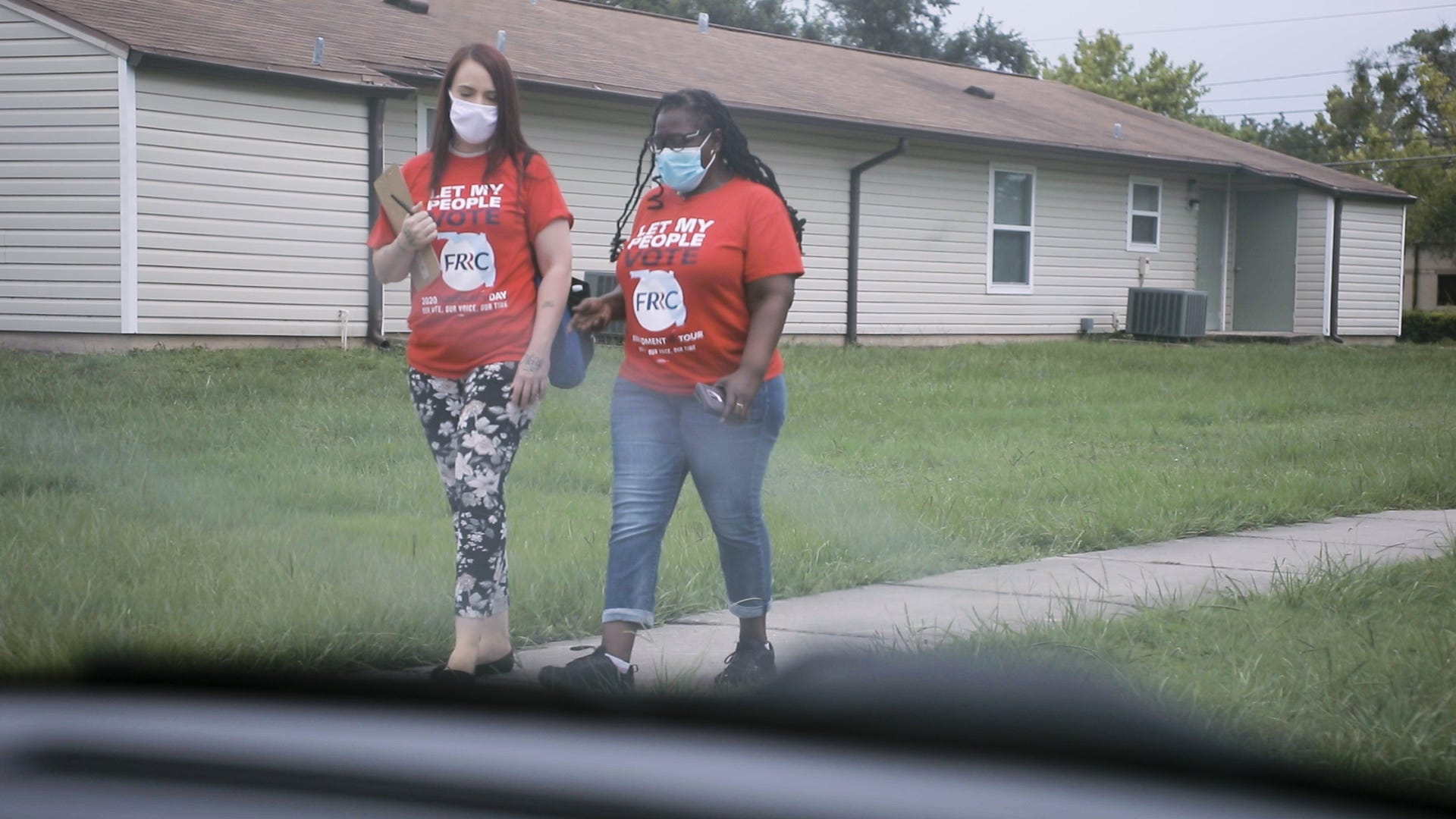 The same difficulties extend to the job market.

“I deal with an extreme amount of judgment,” Kristen Adams, a returning citizen and FRRC volunteer, told Business Insider Today. “So as soon as you walk into an employer, they’re looking up your Facebook, they’re looking up your criminal background, and they don’t want to know what happened. They just see grand theft, you know, battery. They see whatever your charge is and they don’t see who you are.”

With Election Day just three months away, Meade is preparing himself for the big day.

“Now that I have it, being able to walk into that booth is going to be a surreal moment. And I know it’s going to be very emotional for me.”