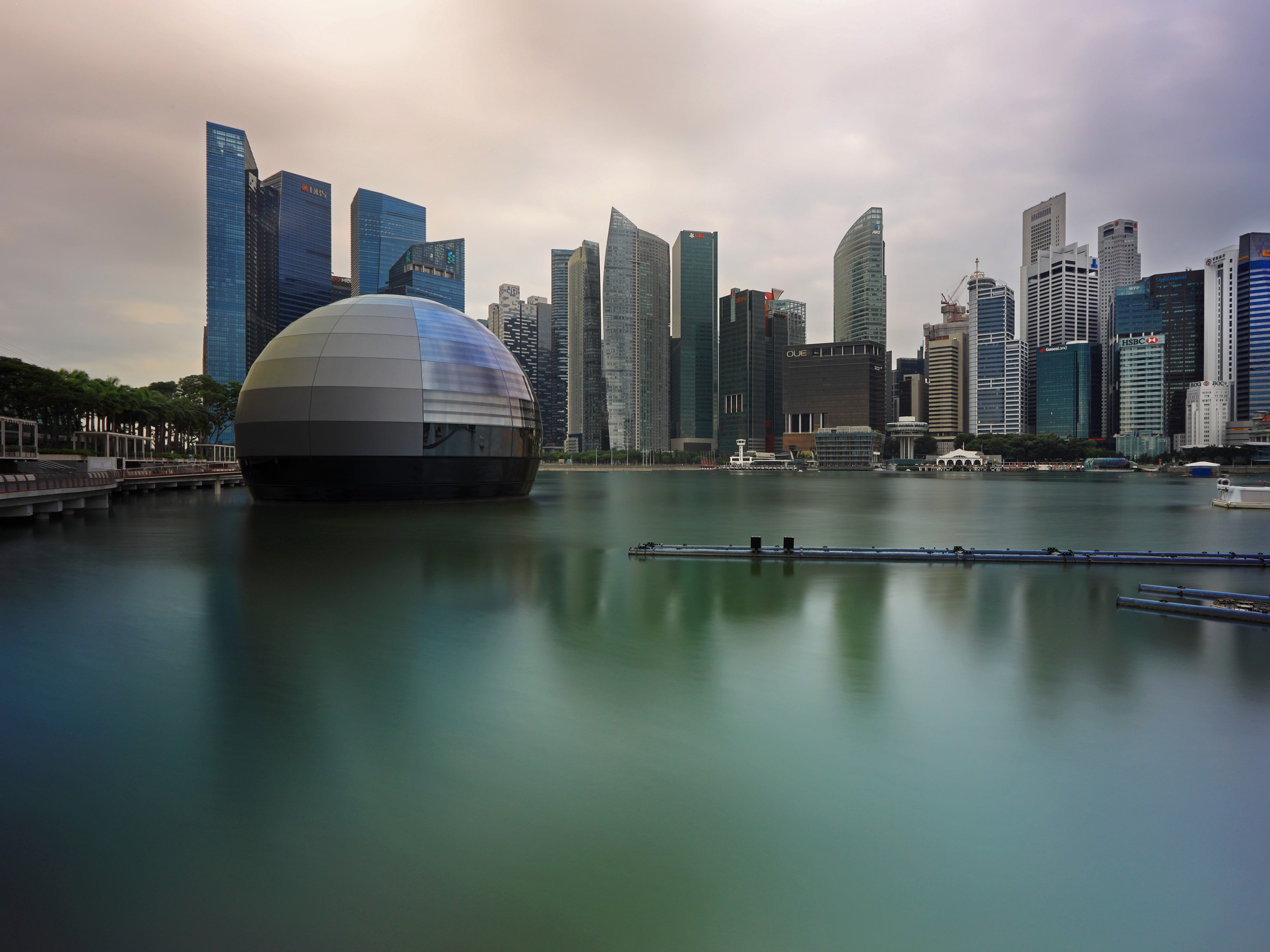 Apple is opening its first-ever store that floats on water in Singapore.

The structure is will be uniquely designed like a dome and located at the Marina Bay Sands. While there isn’t an official opening date for Apple Marina Bay Sands just yet, the store is expected to open soon, according to the Straits Times, an English newspaper based in Singapore. 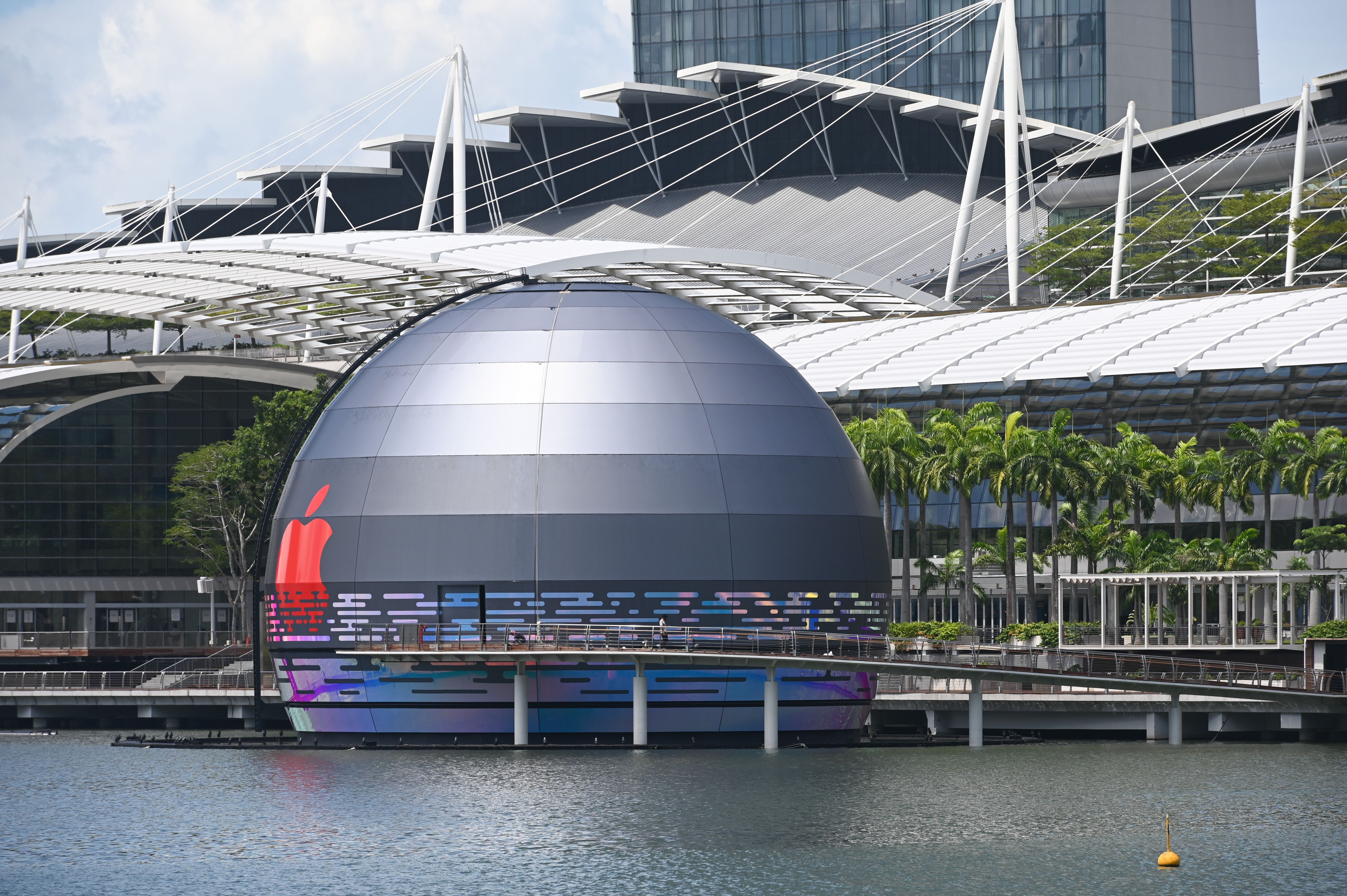 This won’t be the first time that slot of water has been used in Singapore. Previously, the lot where the dome-like structure will sit was occupied from 2011 to 2016 by Avalon, a large nightclub.

This is going to be Apple’s third store in Southeast Asia’s sovereign island city-state, but it’s far from the first Apple Store to feature a creative design or attention-drawing location.

For example, Apple unveiled a new store along the Chicago River, a popular tourist destination in the Windy City, in October 2017. Likewise, the company in September 2011 opened a two-story store in Hong Kong’s premiere shopping district that features a glass spiral staircase.

Meanwhile, like many retailers, Apple’s brick-and-mortar operations continue to grapple with the COVID-19 pandemic, and the company has made the decision to re-close some retail stores across the US in states like North and South Carolina, Arizona, and Florida due to a previous spike in cases in the regions.

You can see more images and photos of the upcoming floating Apple Store below.

This photo shows what the spherical Apple store will look like at night. 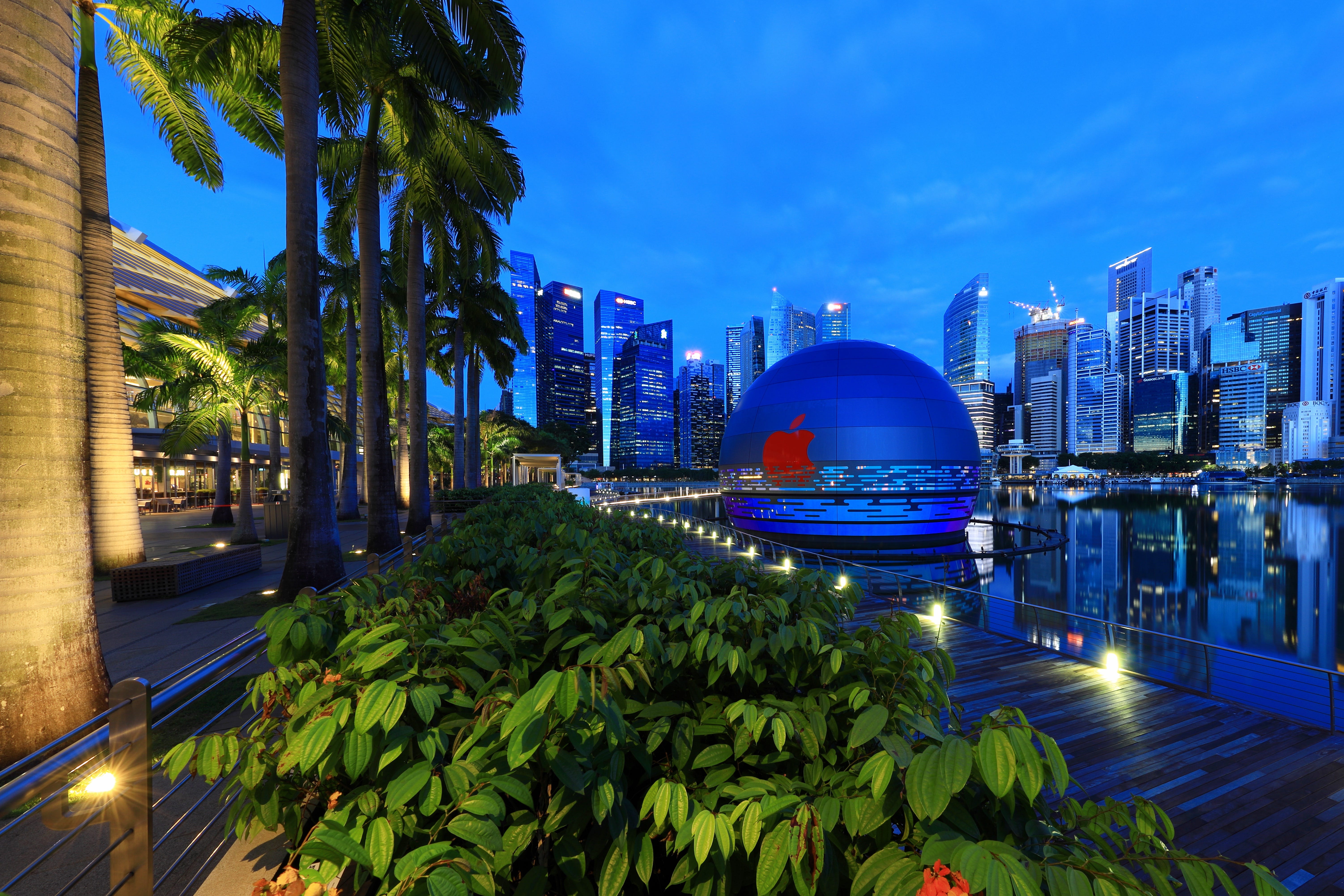 Here’s a shot of the location during the day, where you can see the colours across the bottom half of the sphere. At night, those colours will glow. The iconic Marina Bay Sands resort and hotel towers over the new store. 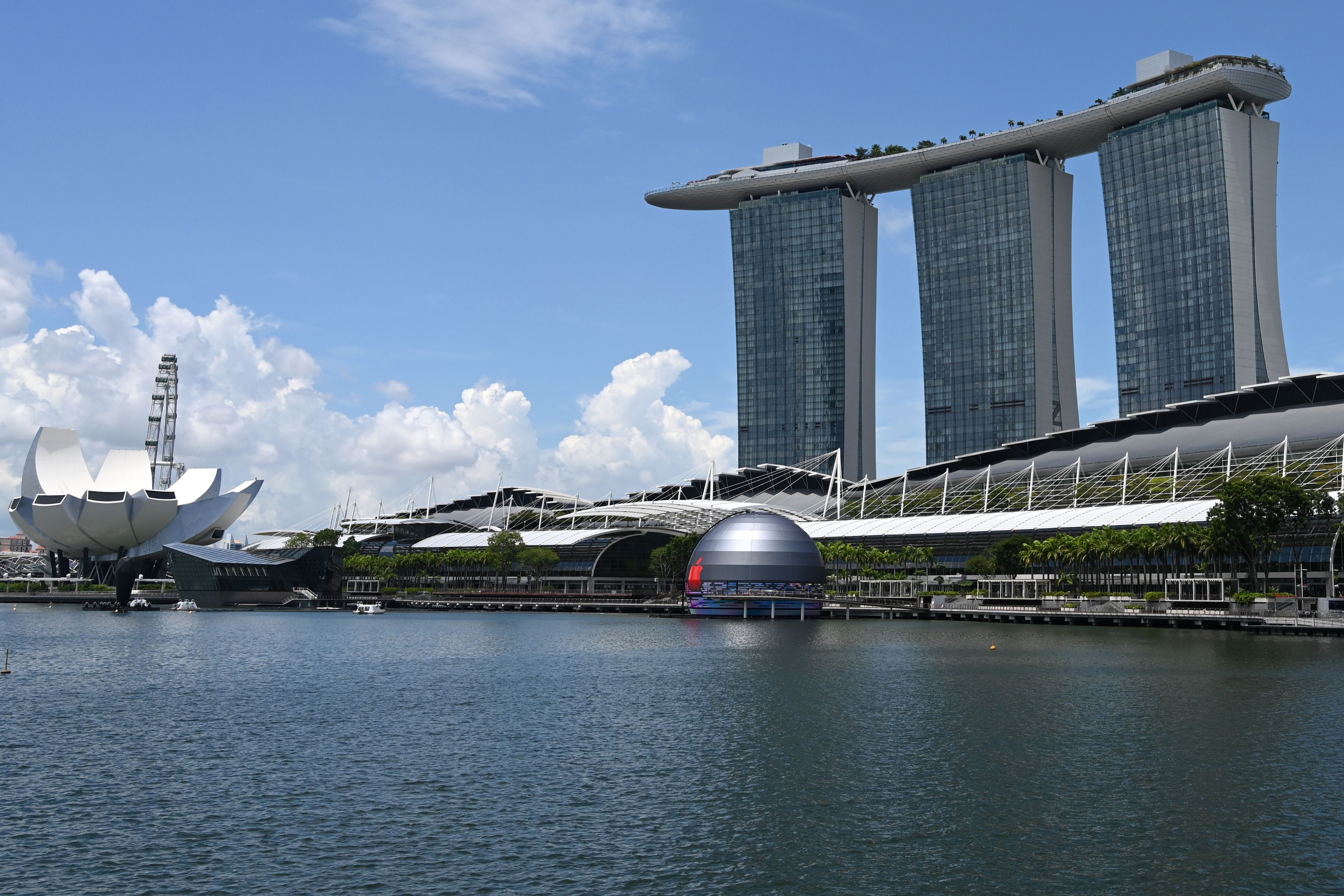 This shot gives us a better look at the sphere’s position in the water. While there will be a red Apple logo on the sphere itself, a white sign bearing the iPhone company’s logo will also direct visitors in from the pier. Apple has yet to give an opening date for the location, but it’s teased it will be open to visitors “soon.” 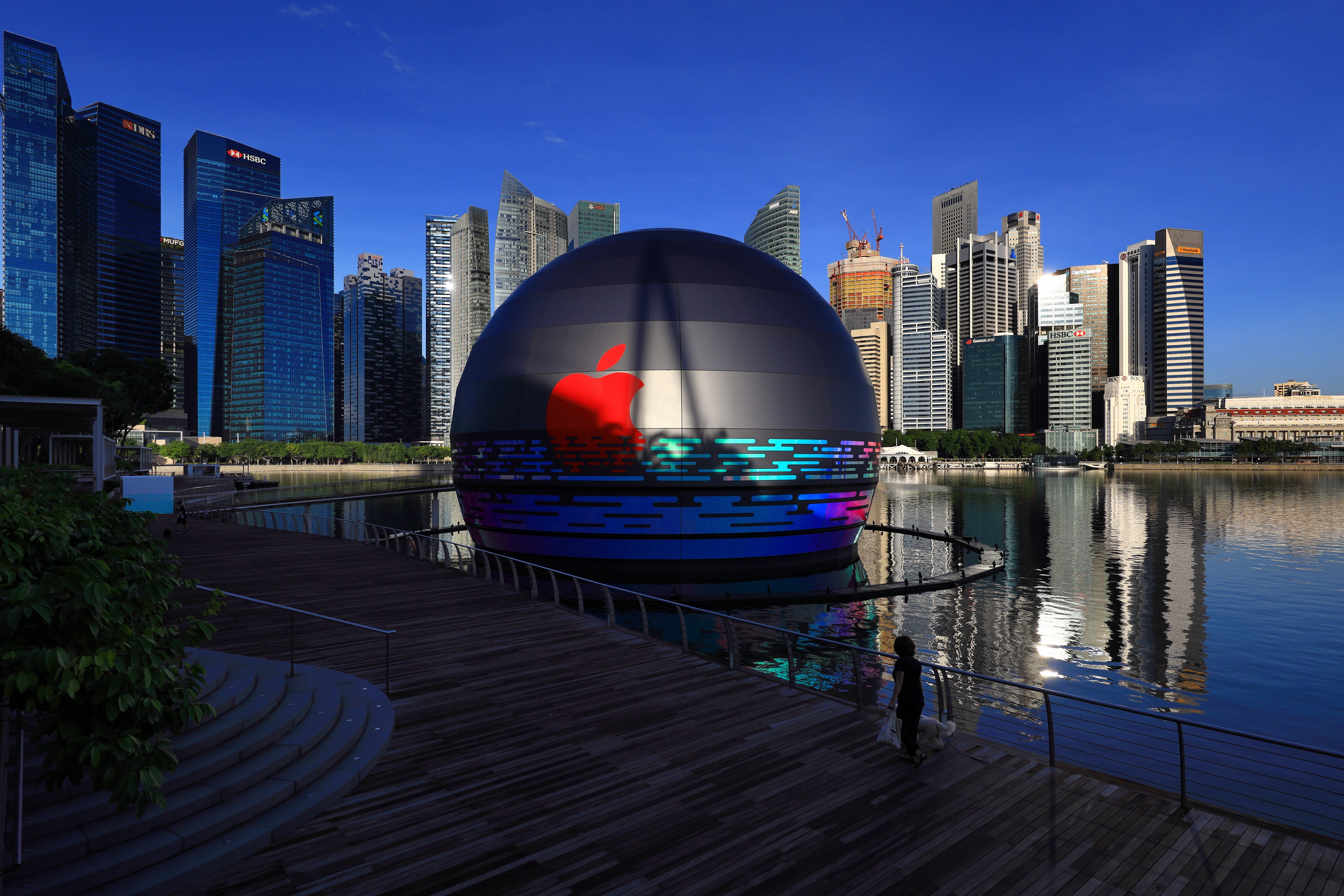 The new retail location will add to Singapore’s already dense skyline when it eventually opens.