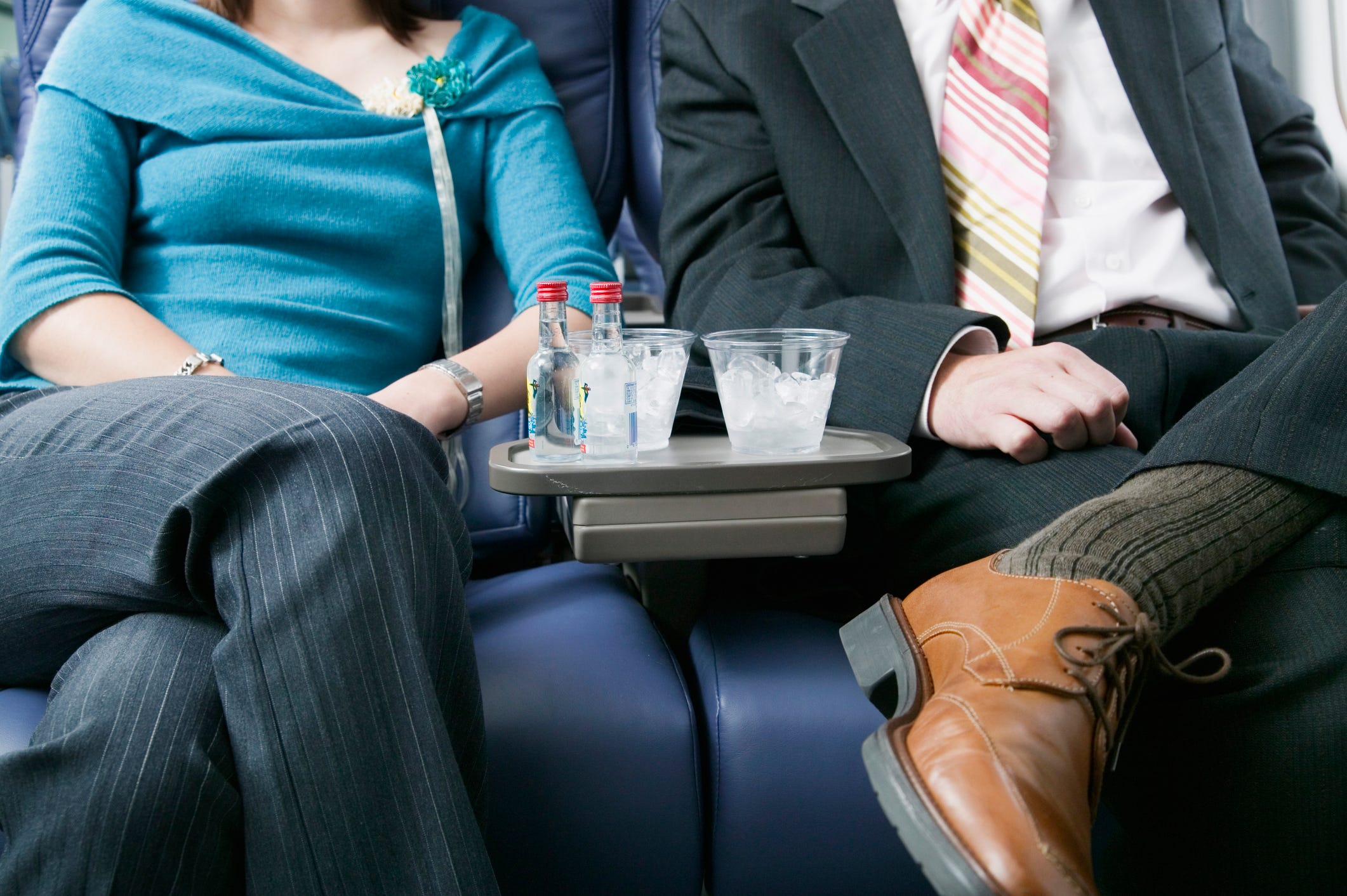 Colorblind Images LLC/Getty ImagesLike having a waiter uncork and pour the bottle of wine you brought to a BYOB restaurant, you can bring your own liquor aboard — provided you have a flight attendant serve it to you.

Count the in-flight cocktail, a tradition dating to the beginning of modern air travel, among the ways of life disrupted by COVID-19: Many airlines have cut back on in-flight alcohol service as part of a larger effort to reduce contact between flight attendants and passengers.

That has pushed some thirsty passengers to take another route, bringing miniature bottles of booze on board in their carry-on, and drinking those – no contact needed. But airlines aren’t too happy about it, and not just because they can’t overcharge you for a tiny bottle of Jameson.

Carriers like Southwest and American have seen an uptick in reports of passengers drinking their own alcoholic beverages during flights, according to USA Today. It’s enough of an increase that Southwest is adding a line saying you can’t drink your own booze to its pre-flight safety announcements, the paper reported.

In theory, bringing your own bottles on board is a sound idea. TSA regulations allow liquids in carry-on luggage as long as they’re 3.4 ounces or smaller. The typical nip, or miniature liquor bottle, is half that.

However, FAA regulations forbid passengers from consuming any alcohol onboard an aircraft that was not served by the airline. This is partly to ensure that passengers can’t get too drunk during a flight – airlines are prohibited from serving more booze to passengers who “appears to be intoxicated.”

That doesn’t mean that passengers have to pay, however.

The rules stipulate that an airline must serve the alcohol. Like having a waiter uncork and pour the bottle of wine you brought to a BYOB restaurant, you can bring your own liquor aboard – provided you have a flight attendant serve it to you. This allows flight attendants to keep an eye on consumption and avoid any messy, potentially dangerous problems.

The catch is that airlines are under no obligation to serve a passenger their own alcohol, even if they won’t sell you a drink, either.

“Airlines are not obligated to allow passengers to consume their own alcohol, and may enact policies that prohibits this activity,” an FAA spokesperson said.

Most airlines do not have a clear policy, leaving it to the flight attendant’s discretion. (JetBlue said in 2017 that it would allow BYOB; American Airlines doesn’t.)

Your best bet if you want to bring your own drinks on board (without skirting the rules) is to ask the airline in advance whether that’s allowed. Just don’t be surprised if a flight attendant won’t serve you in the middle of a pandemic – and be prepared to wait for that drink until you’re back on the ground.