FKA Twigs sat down for her first television interview since filing a lawsuit against actor Shia LaBeouf, during which she refused to answer Gayle King’s question about why she didn’t leave LaBeouf after their relationship reportedly became abusive.

The 33-year-old British artist, whose real name is Tahliah Debrett Barnett, was in a relationship with LaBeouf from 2018 to 2019 and filed the lawsuit against the actor in December, claiming “relentless” emotional and physical abuse.

During the interview which aired on Thursday, Gayle King asked Barnett: “I often wonder if it’s even appropriate to ask â€¦ why didn’t you leave?”

To which Barnett replied: “I think we have to stop asking that question. I know that you’re asking it out of love, but I’m just going to make a stance and say I’m not going to answer that question anymore. Because the question should really be to the abuser: Why are you holding someone hostage with abuse? People say it can’t have been that bad, because else you would have left. But it’s like, no, it’s because it was that bad, I couldn’t leave.”

“I’m not going to answer that question anymore because the question should really be to the abuser, why are you holding someone hostage?” pic.twitter.com/6gzXGKOiVJ

Later during the interview with King, Barnett detailed some of the alleged abuse she suffered over the course of her relationship with LaBeouf, which began after the pair met in 2018 on the set of his semi-autobiographical drama “Honey Boy.”

Barnett said that LaBeouf began their relationship by “love bombing,” which she described as showering her with extravagant gifts before turning violent and abusive. “There were certain instances where he would push me and say, ‘you fell,'” she said. “And I would get really confused, and I would think, ‘maybe I did.'”

She continued to say that she decided to come forward with her story because “victims and survivors shouldn’t have to feel alone,” but later added that she only filed a lawsuit against LaBeouf after it became clear he would not be seeking help on his own.

“I just couldn’t carry it anymore,” Barnett said. “I felt like I was cracking. Whereas now I feel like I’ve handed his dysfunction back to him, and it’s his.”

After the lawsuit became public, LaBeouf’s lawyers said that the actor would be seeking “long-term inpatient treatment.”

Last week, The Guardian reported that during a court filing for the lawsuit, LaBeouf’s lawyers said that the actor denies “each and every allegation” made by Barnett. 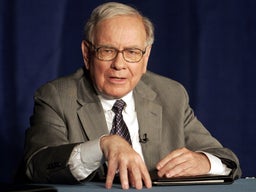