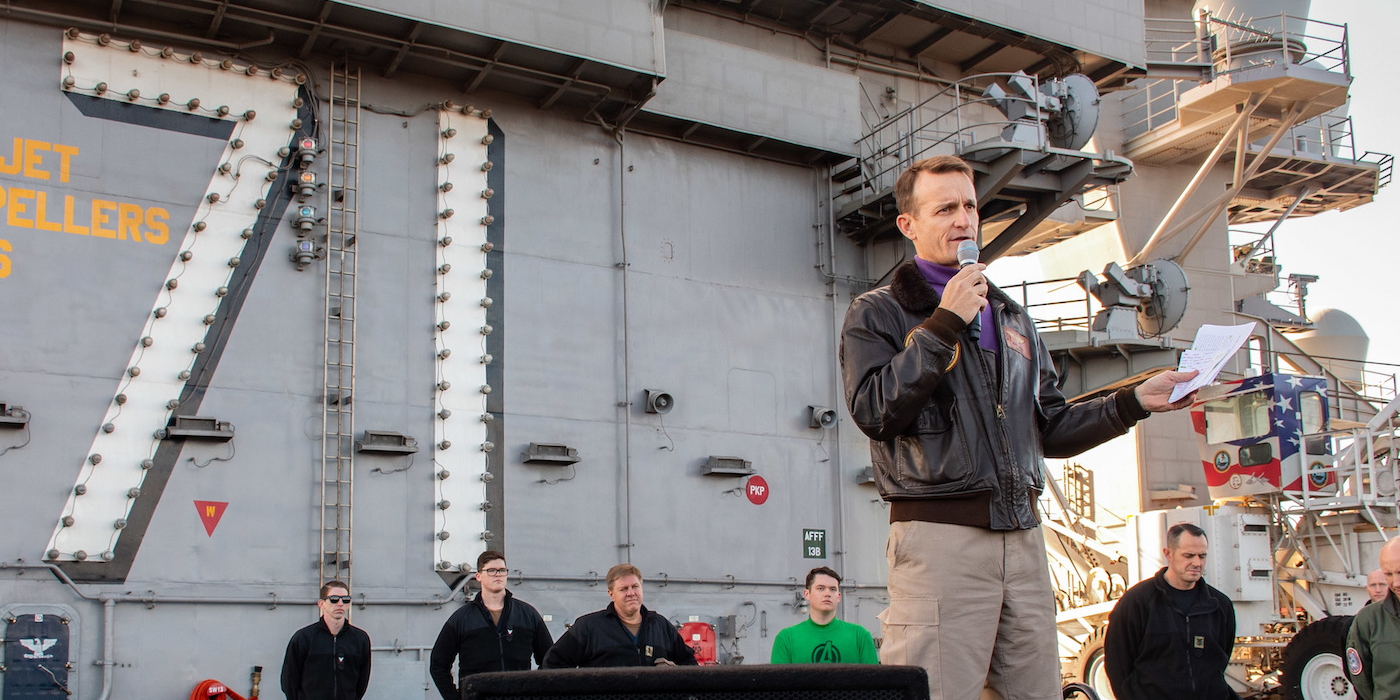 Crozier, who arrived in San Diego on Monday, has been given a temporary duty assignment serving as the special assistant to the Naval Air Forces chief of staff. The report was confirmed by multiple outlets.

Crozier was relieved of his command on April 2 after a letter he wrote days earlier warning about a worsening coronavirus outbreak aboard the carrier leaked to The San Francisco Chronicle.

The first few coronavirus cases aboard the ship were reported on March 24. Within a matter of days, the number of cases skyrocketed, and the carrier was forced into port in Guam.

Crozier wrote his letter on the last day of March. “The spread of the disease is ongoing and accelerating,” he wrote. “Sailors do not need to die. If we do not act now, we are failing to properly take care of our most trusted asset.”

He urged the Navy to act swiftly to evacuate the majority of the crew ashore, something the service would later do over the course of about a month. 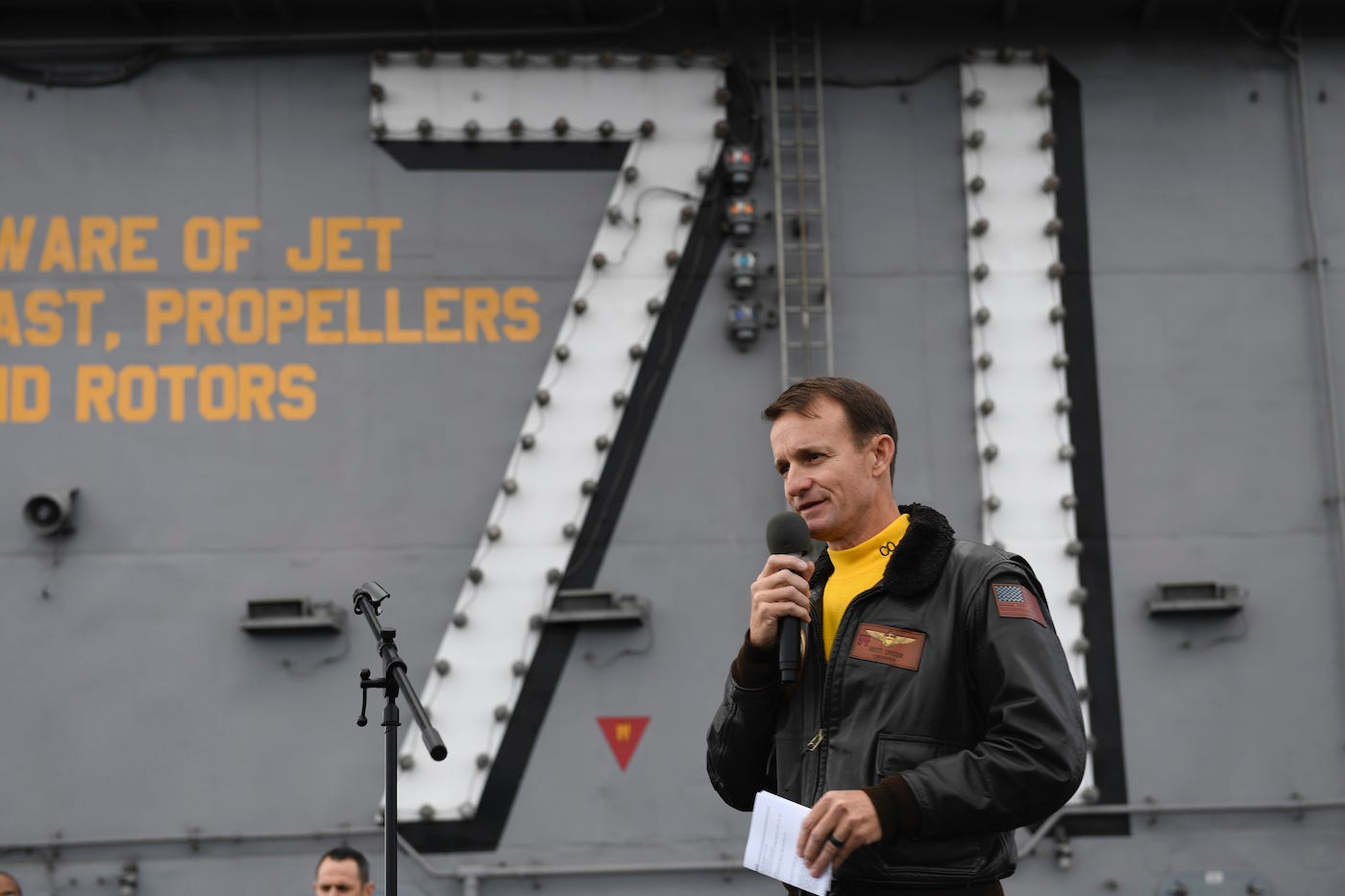 US Navy/MCS 3rd Class Nicholas HuynhCrozier during an all-hands call on the USS Theodore Roosevelt, November 14, 2019.

The captain was relieved at the decision of then-acting Secretary of the Navy Thomas Modly, who resigned less than a week later.

Modly said Crozier exercised “extremely poor judgement in the middle of a crisis” by sending out his letter in a way that allowed it to leak.

After he was relieved, Crozier reportedly went into quarantine after testing positive for the coronavirus, as did hundreds of other sailors on the USS Theodore Roosevelt.

In late April, The New York Times reported that Chief of Naval Operations Adm. Michael Gilday recommended reinstating Crozier. The Pentagon then announced that Secretary of Defence Mark Esper “intends to thoroughly review the report and will meet again with Navy leadership to discuss next steps.”

Acting Secretary of the Navy James McPherson said a few days later that he has “unanswered questions that the preliminary inquiry has identified.” McPherson said the questions could only be “answered by a deeper review.”

That review is ongoing. Gilday is expected to submit his findings on May 27.

Esper said Tuesday that his directive to the Navy as it conducts this command investigation is to “do the right thing and follow the facts wherever they go.”