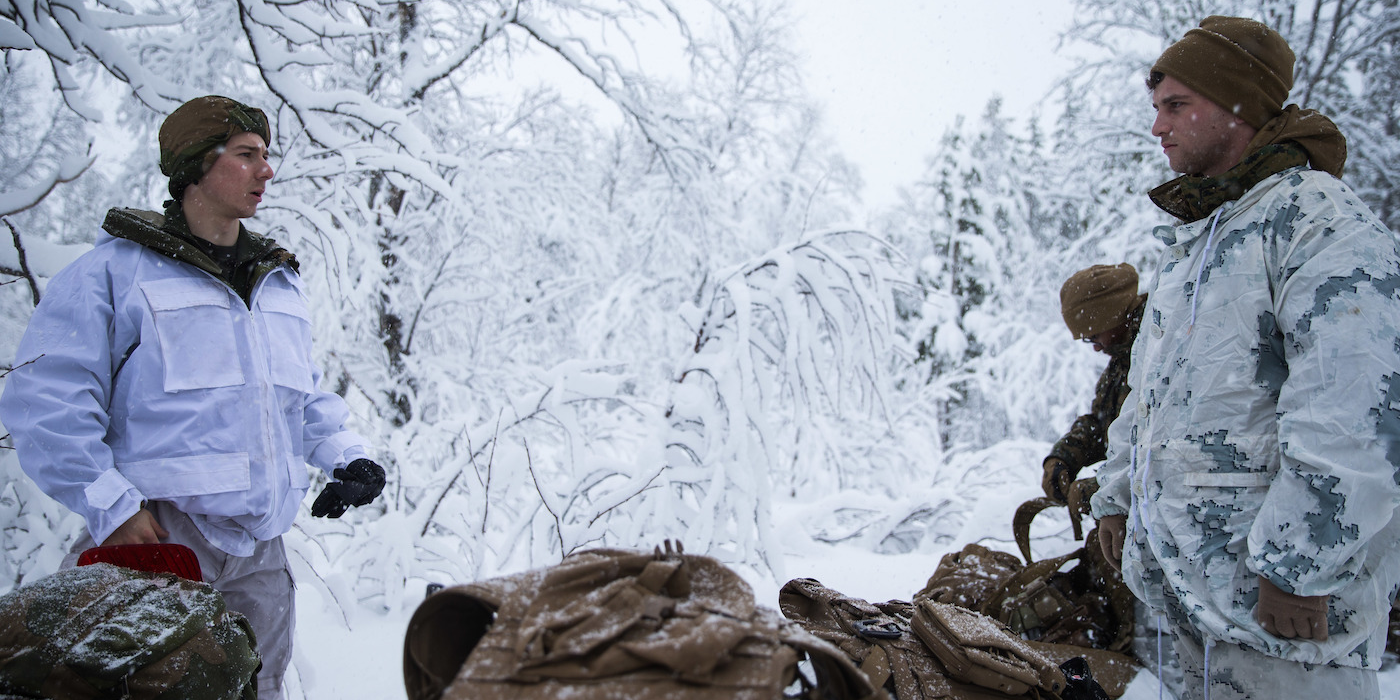 US Marine Corps/Lance Cpl. Zane OrtegaA Norwegian soldier instructs a US Navy Corpsman about combating the cold during a cold-weather training package in Bjerkvik, Norway, February 25, 2020.

The Finnish military has cancelled the participation of some 400 of its troops in this month’s Exercise Cold Response 20 in Norway.

“The participation of the Armed Forces in the Cold Response exercise conducted by the Norwegian Armed Forces from 9 to 19 March 2020 in northern Norway has been cancelled due to the [coronavirus] situation,” the Finnish army said in a release that was first reported by Norway-based news outlet The Barents Observer.

Those troops had not travelled to Norway and will not do so, the Finnish military said on March 8, when the decision was made to suspend their participation, according to the release.

Cold Response is a biennial Norwegian-led tactical field-training exercise that was to include some 15,000 personnel from the US, the UK, Dutch, German, French, Belgium, Danish, Finnish, and Swedish militaries. 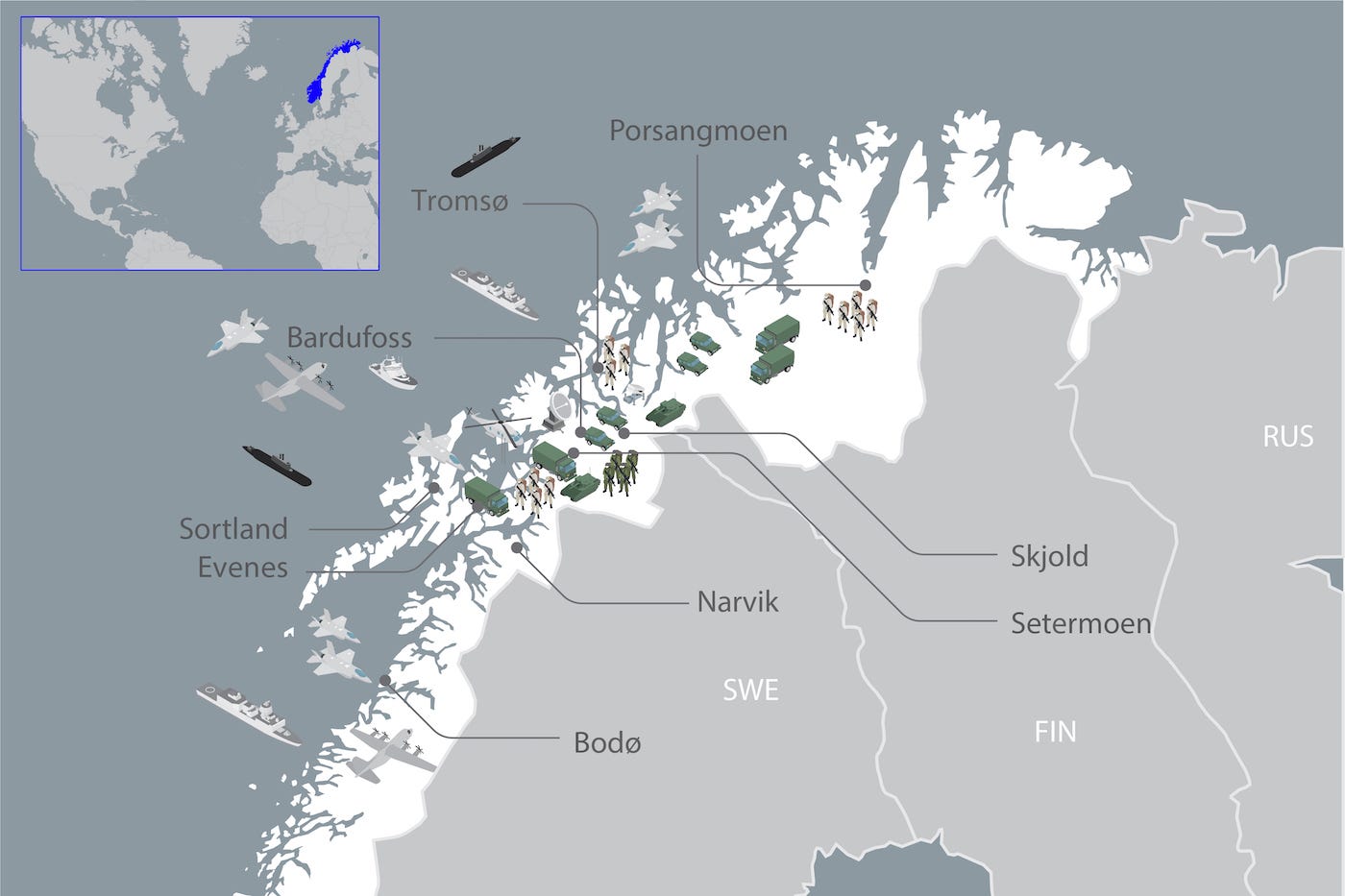 Norwegian Ministry of DefenceExercise Cold Response 2020 takes place in Norway, March 2-28, 2020. The exercise will take place primarily in the north, near Tromso.

Roughly 1,500 US service members from the Marine Corps, Navy, Army, and Air Force are set to take part.

“Exercise Cold Response 20 is ongoing and we’re working closely with our Norwegian Allies, who are making appropriate adjustments to minimise COVID virus exposure to participating military personnel and the local community,” Maj. Adrian Rankine-Galloway, a spokesman for US Marine Corps Forces Europe, said in an email on March 8, referring to COVID-19, the infectious disease spread by the recently discovered coronavirus.

“We remain in close coordination with the Norwegian military and public health authorities to ensure the well-being of our personnel and local population,” Rankine-Galloway added.

Cold Response 20 is meant to enhance capabilities and allied cooperation in military operations in the harsh Arctic environment, with training exercises on rugged terrain and in extreme cold weather.

Preparing for this environment has been a major focus for the US military in recent years as it reorients toward what military leaders have described as “great power competition.” 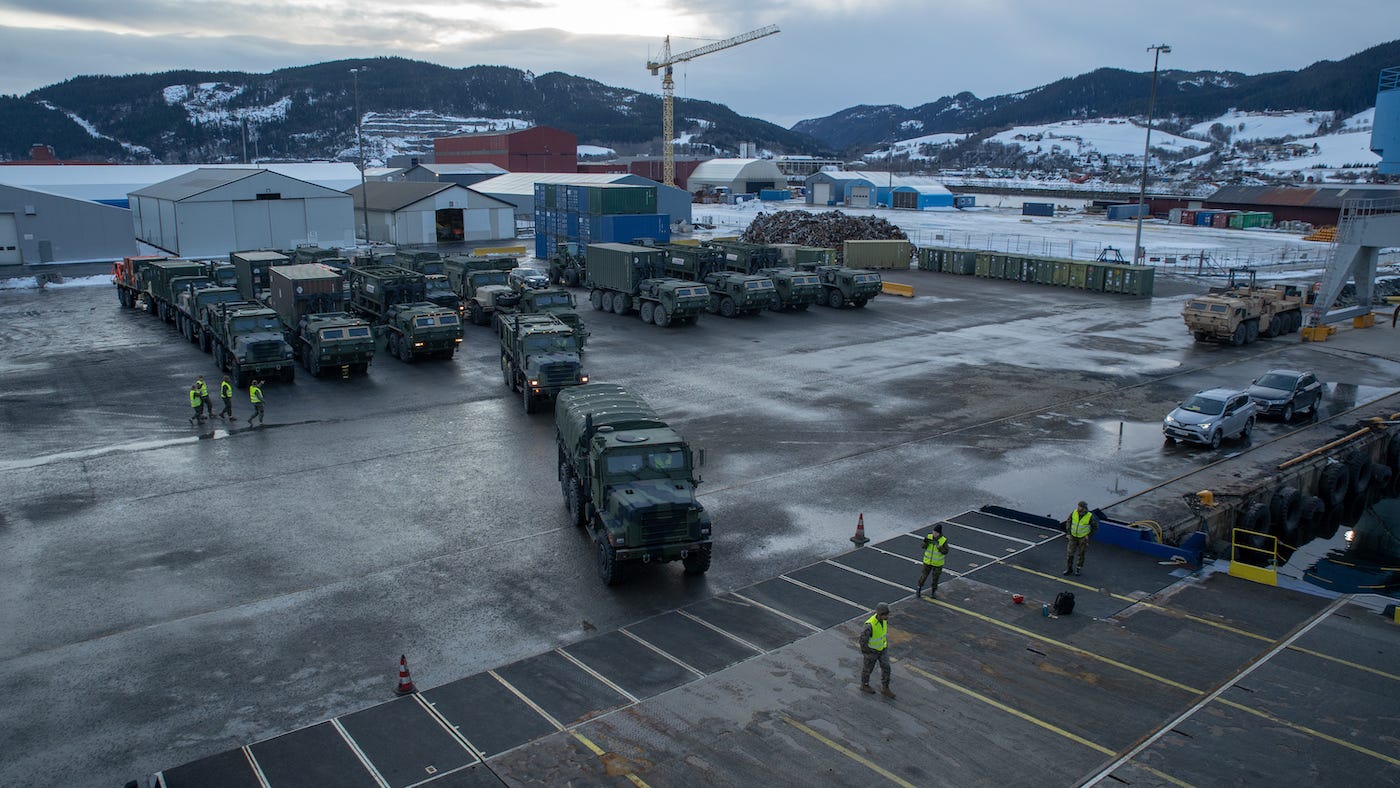 This year’s iteration of Cold Response is meant to “emphasise and test critical activities ranging from the reception of allied and partner reinforcements and command and control interoperability to combined joint combat operations, force sustainment, and combat logistics,” according to a release issued at the end of February.

Amphibious operations involving both sea and air assets are also a major focus.

The active portion of the exercise takes place in mid-March in the Tromso region of northern Norway, but there has been military activity around the country since January, as Norwegian and foreign forces move to the exercise areas.

Norwegian military and civilian personnel have taken precautions related to the spread of the coronavirus ahead the exercise. However, on March 5, a soldier in the Skjold military camp, also in the Tromso region, tested positive for it.

The camp was locked down, with 850 soldiers quarantined in the camp or in their homes outside of it, according to the Norwegian military. Norway’s Army also took measures to keep the virus from spreading inside the camp.

“So far this is the only person who has tested positive on the coronavirus,” the military said. “The Norwegian Armed Forces is continuously conducting tests on other personnel that are suspected of being infected.” 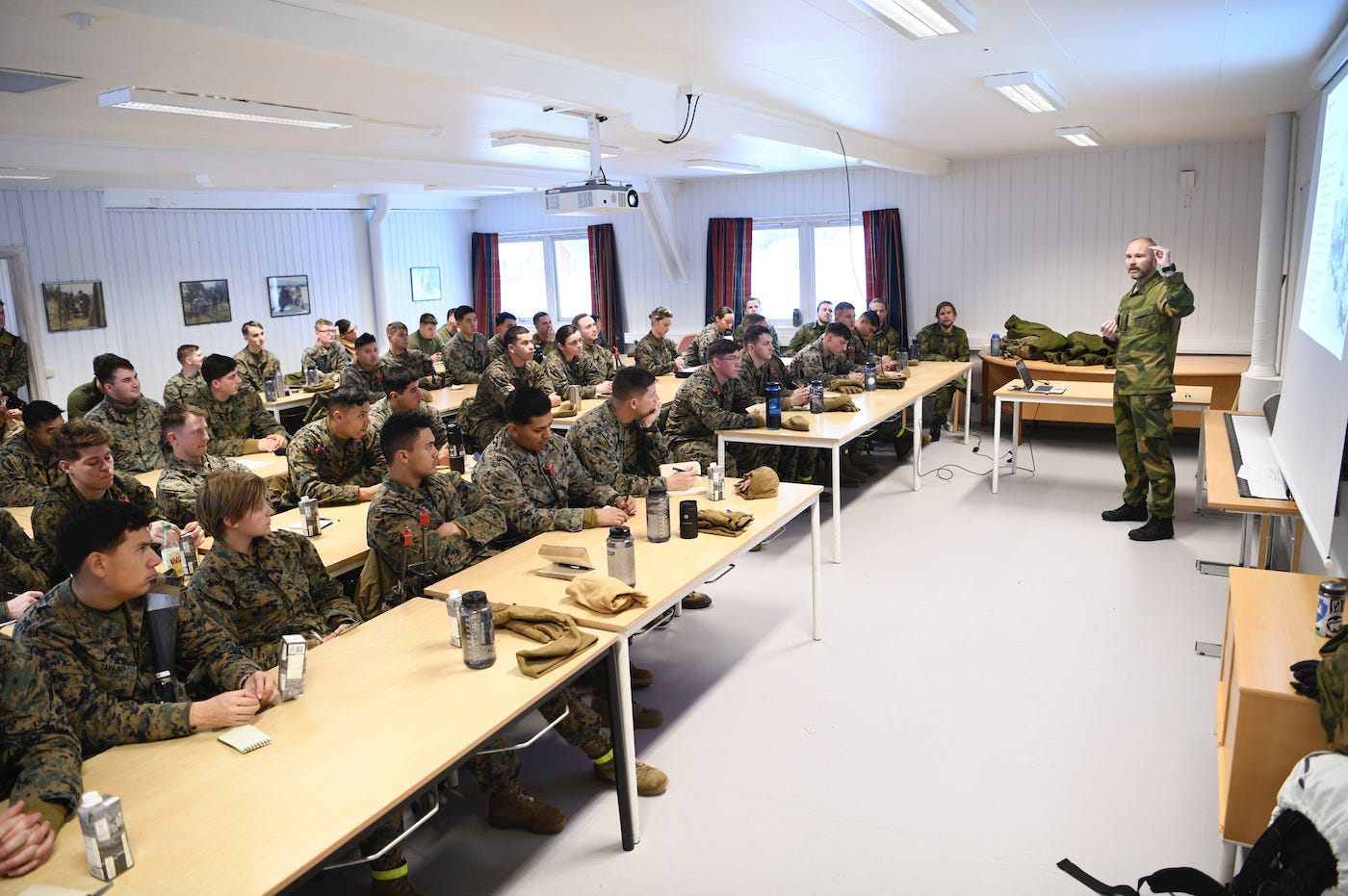 Norway’s military has also said it is “continuously giving guidelines in Norwegian and English to all units participating in the exercise that they must follow to avoid the spread of infection.”

The NAFJMS also referred to the general advice given by the Norwegian Institute of Public Health and “encourage[s] all units to have an increased focus on personal hygiene (including respiratory hygiene/cough etiquette and proper hand hygiene procedures), and to prepare for the isolation and possible testing of personnel showing symptoms of covid-19.”

Cold Response 20 overlaps with Exercise Northern Griffin 2020, a Finnish-led exercise lasting until March 22. Forces from Sweden, Norway, Lithuania, the Netherlands, Poland, and the UK are participating, with US personnel present as observers, according to The Barents Observer.