Fewer Americans are giving to charity than ever before, and Trump's tax cuts may be to blame Fewer and fewer Americans are giving money to charity.

While historically Americans of average wealth – not billionaires – have funded most of the country’s nonprofits, including hospitals, universities, cultural institutions, and houses of worship, the trend has begun to reverse, philanthropy experts have observed.

The number of Americans that participated in charitable giving first began to decline during the Great Recession but never picked back up as the economy recovered, according to experts from the Indiana University Lilly Family School of Philanthropy (IUPUI). However, donation totals have stayed constant or even risen as ultrawealthy donors pick up the slack.

“We call this ‘dollars up, and donors down,'” IUPUI Associate Dean Una Osili said during a virtual press conference hosted by the Giving USA Foundation. “That is really a trend that has been accelerated by the Great Recession and one that we’re concerned that tax reform passed in 2017 may accelerate further.”

The Tax Cuts and Jobs Act reduced Americans’ tax bills an average of $US1,260 and potentially boosted the economy, but remains largely unpopular with the American public. One of the biggest changes the Act made for taxpayers was raising the standard deduction for charitable contributions, virtually eliminating the need for many taxpayers to itemize their donations. 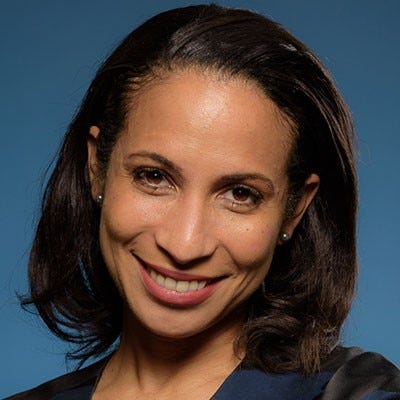 All in all, Americans gave a near-record $US449.64 billion to US charities in 2019, according to Giving USA’s Annual Report on Philanthropy. The report, released June 16, found that 2019’s total rose 4.2% over 2018’s total, but did not surpass 2017’s record-holding amount of charitable giving.

Even as the wealthy comprise an ever-growing share of the country’s charitable giving, they have been facing growing anti-billionaire sentiment

In January, Jeff Bezos was fiercely criticised online for donating only $US690,000 of his centibillion-dollar fortune to Australian bushfire relief, while Indian billionaire Mukesh Ambani was ridiculed for ringing a bell from the balcony of his 27-story mansion to thank healthcare workers amid the coronavirus pandemic (Ambani later donated $US66 million to coronavirus efforts).

But it’s not just how much you give that matters, it’s where the money came from. Multiple museums publicly stopped accepting donations from the Sackler family of OxyContin wealth and a Whitney museum leader linked a company that makes tear gas and other law enforcement supplies quit amid protests.

Many American donors are baby boomers aged between 53 and 73, which makes sense – by and large, they have had the most time to achieve financial stability. Also, boomers outnumbered every other generation in America until they were overtaken by millennials as the largest generation in April.

That said, the youngest Americans are active with nonprofits too, although they are more likely to show their support by donating their time or social media platforms, Giving USA Vice-chair Laura McDonald noted at the press conference.

The coronavirus crisis and the resulting economic upheaval may keep even more Americans from donating in 2020, according to Giving USA. But experts also pointed out that history indicates that Americans tend to be most generous during times of crisis.

“The evidence that we’ve seen so far suggests that there has been a tremendous outpouring of support from all types of donors in response to these shocks that we’re seeing across the nation and globally. I tend to be an optimist by nature, and so I think this is a time where we have a lot to learn,” Osili said. “Philanthropy is not static.”