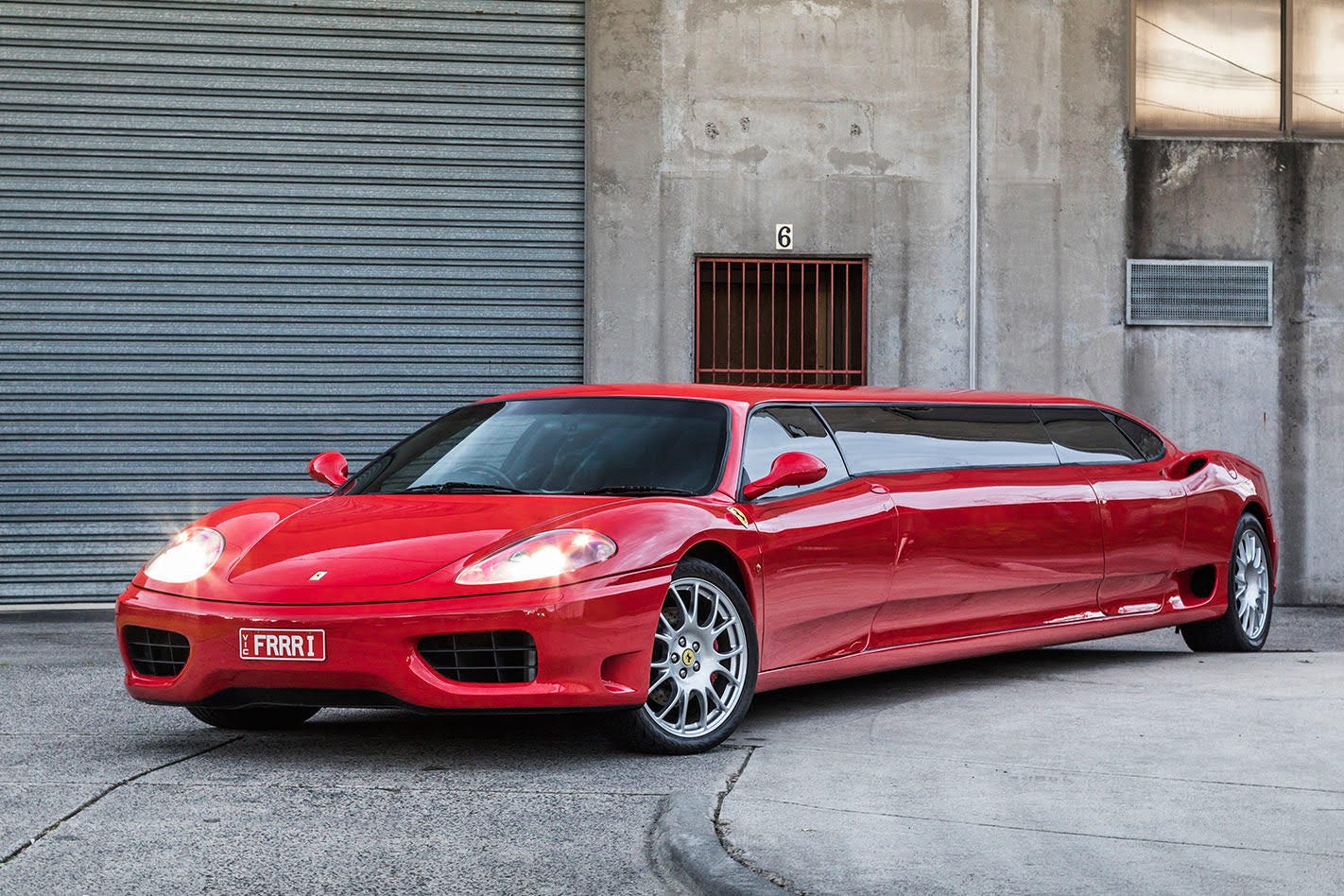 There are plenty of options out there for car enthusiasts looking for a high-performance family hauler – Mercedes makes a souped-up station wagon and Jeep sells a 707-horsepower SUV, to name a couple. But what if you have, say, eight kids and a need for speed that can only be satisfied by a mid-engined Italian sports car?

Today’s your lucky day, because there’s a stretched 2003 Ferrari 360 Modena currently up for grabs for a mere US $US287,000 on Australian site CarSales. The car, which is being sold by limousine-rental company Exotic Limo, was chopped in half and extended by three meters as part of a three-year conversion process that turned it into a bonafide party machine.

It now has a bit more flair than the boring old sports car it used to be, sporting room for eight in back, a minibar, a couple of TVs, and a pair of gull-wing doors for good measure.

A tip of the hat to The Drive for calling this wild ride to our attention. Keep scrolling to learn more about the car and how it came to be.

What you see before you isn’t a computer glitch — it’s an actual Ferrari limo that’s actually for sale in Australia. 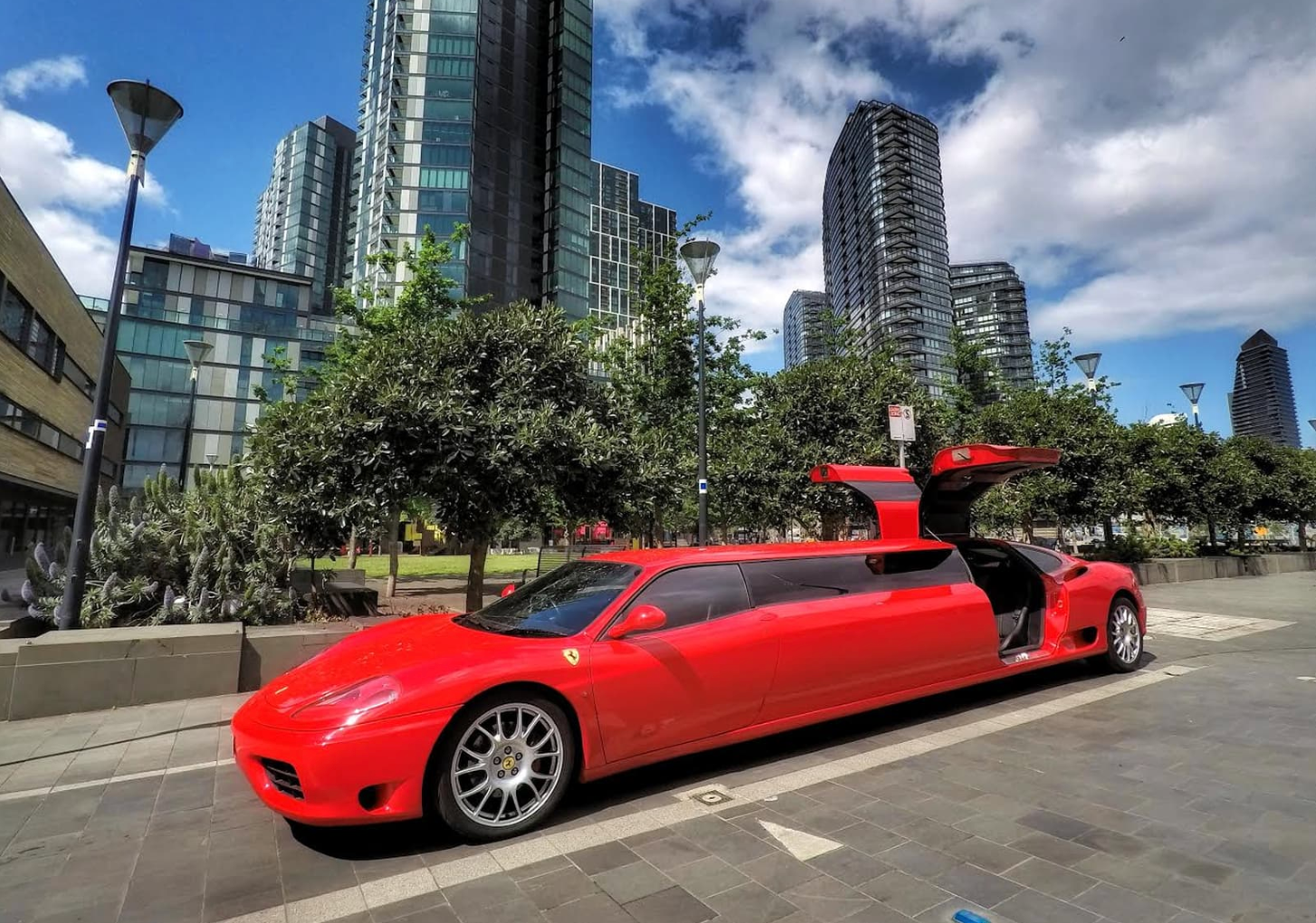 The unique ride is being sold by limousine-rental outfit Exotic Limo, which is betting that someone out there is willing to fork over roughly US $US287,000 for it.

The stretched-out Ferrari started its life as a run-of-the-mill 2003 360 Modena, before being imported to Australia by a man named Scott Marshall.

Marshall used an air hacksaw to cut it in half, according to a 2018 interview with Street Machine. 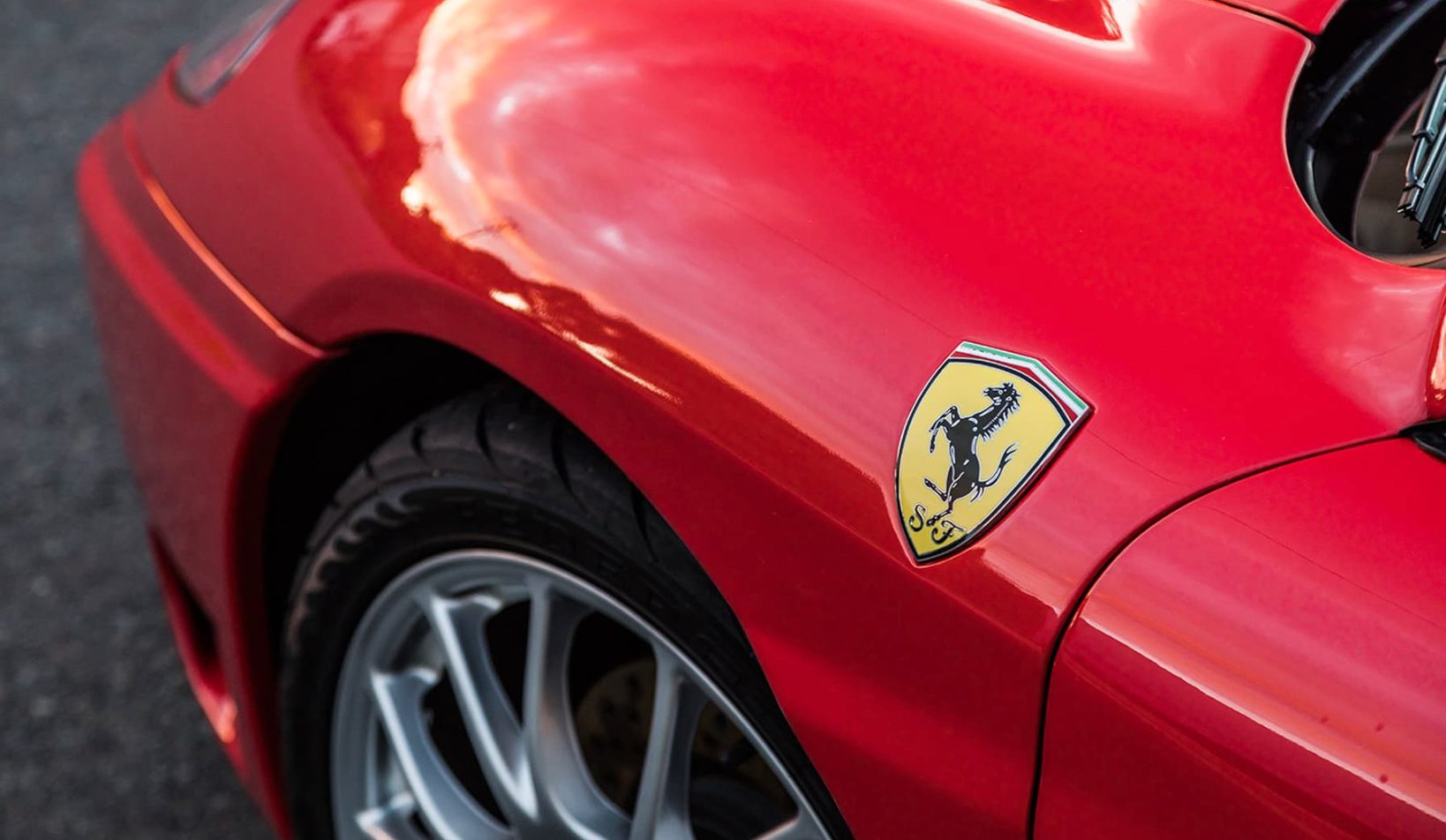 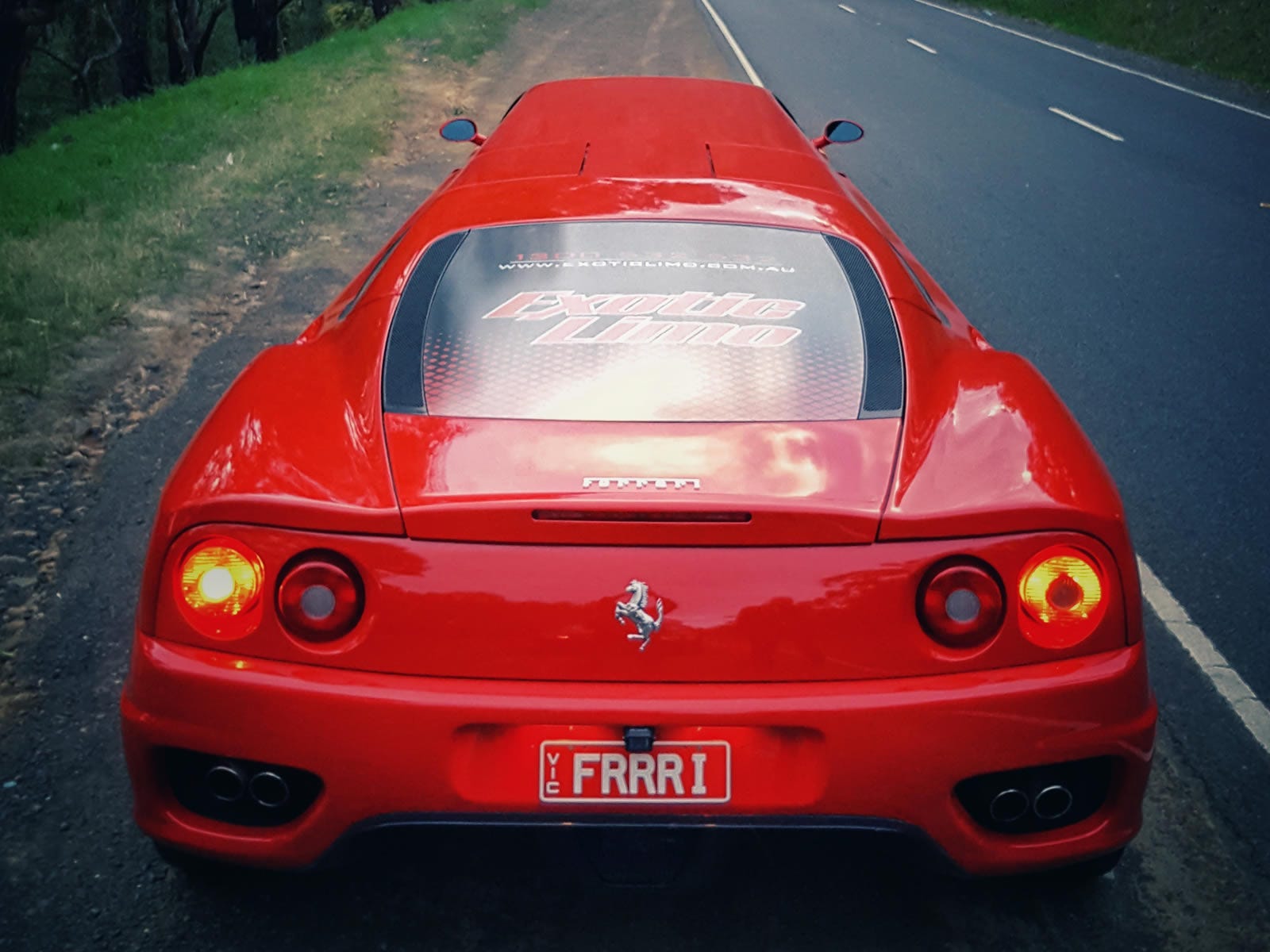 The limo’s new midsection and gull-wing doors were constructed from fibreglass to save weight. 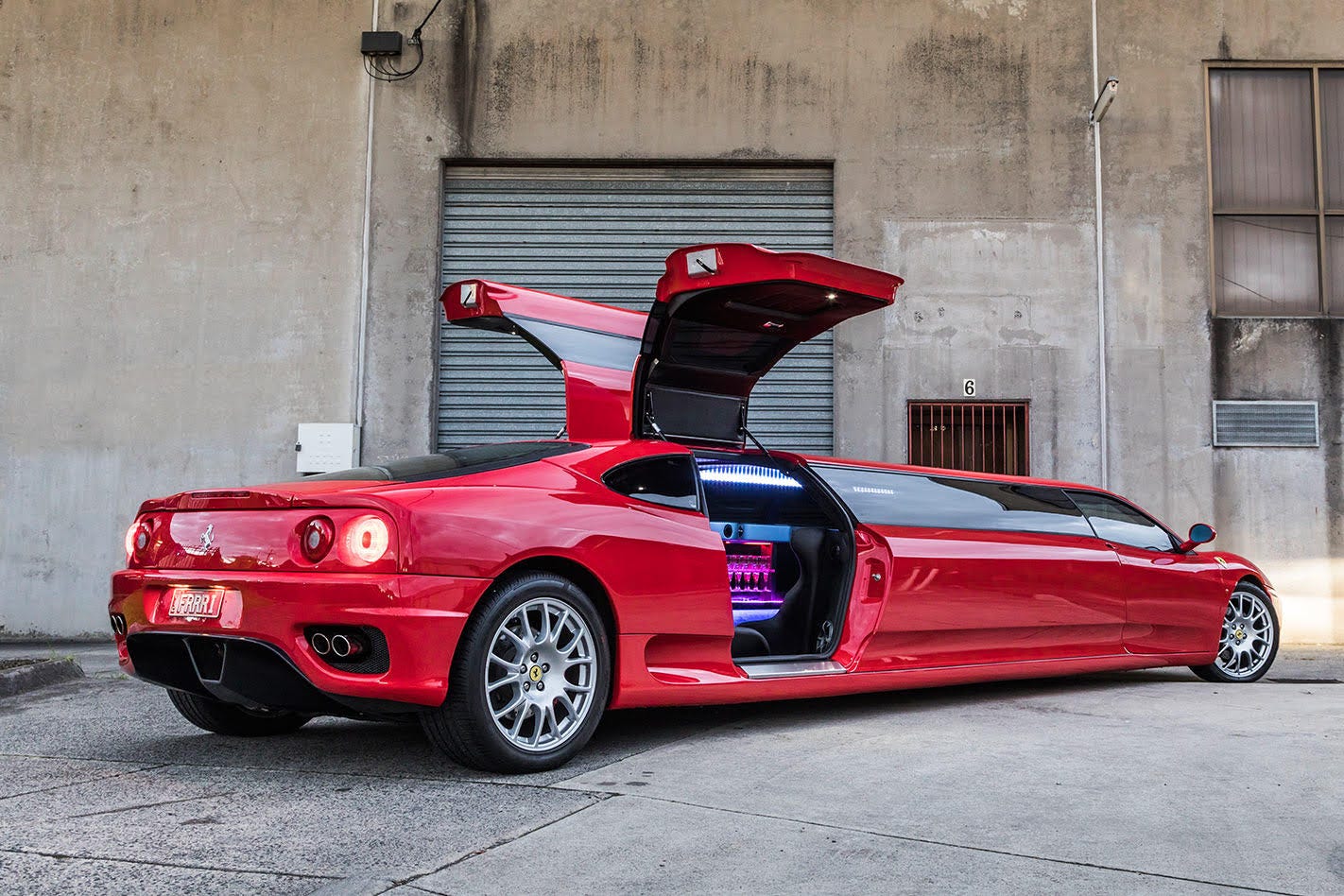 Still, the new 10-seater ended up around 2,400 pounds — or one Mazda Miata — heavier than the original. 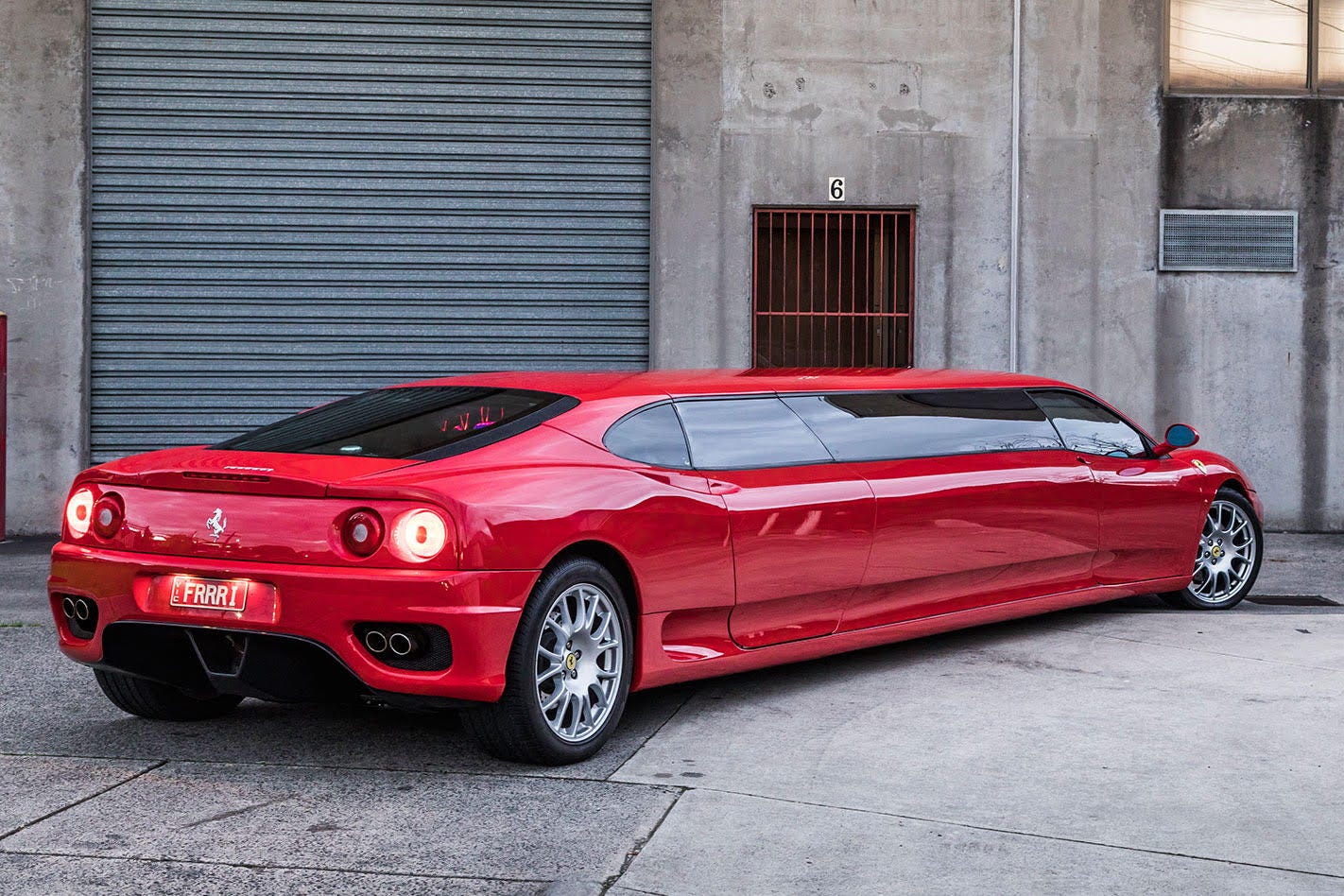 It retained its 400-horsepower V8, but its manual gearbox was swapped for an automatic out of a Subaru Legacy GT. 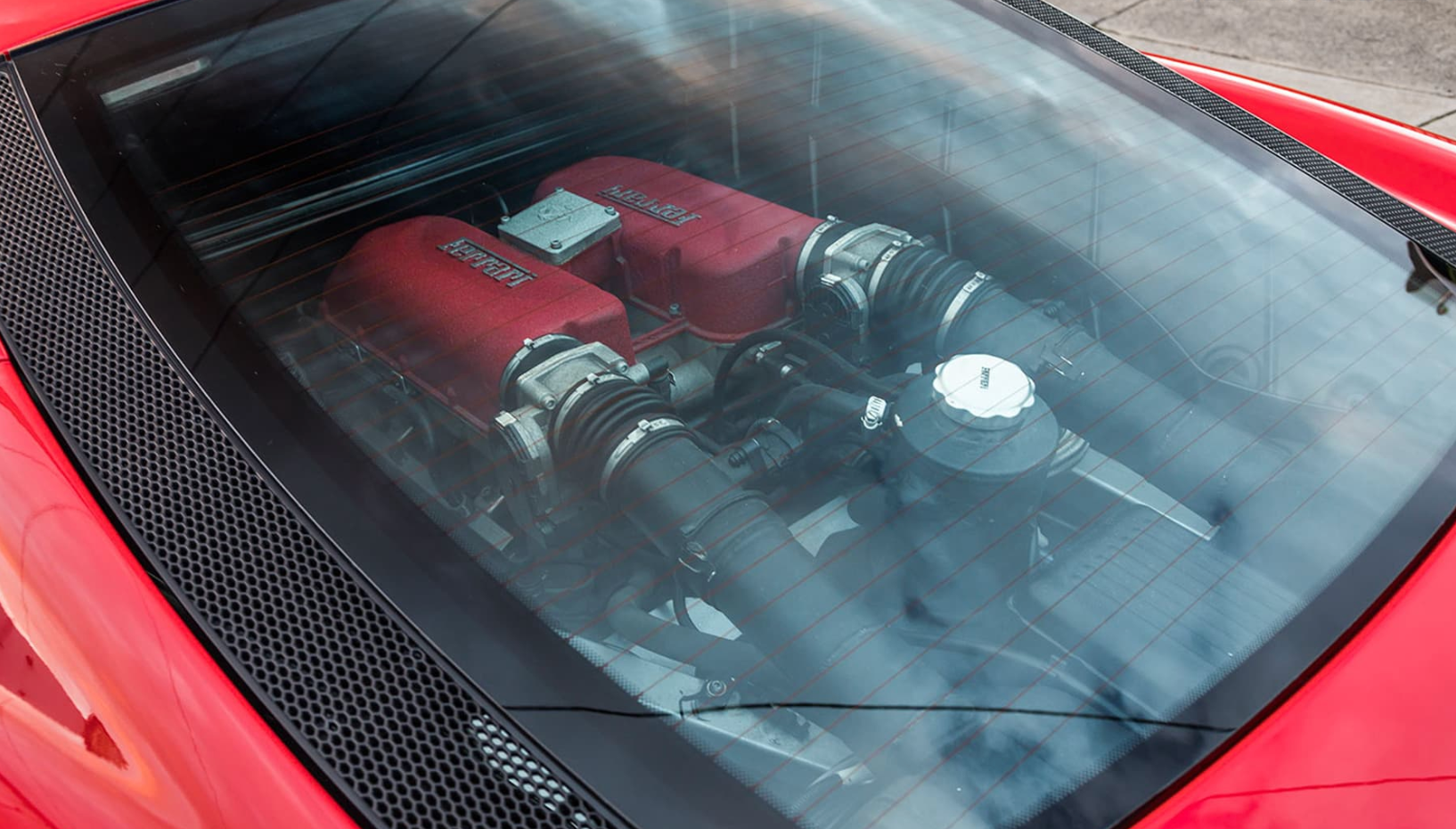 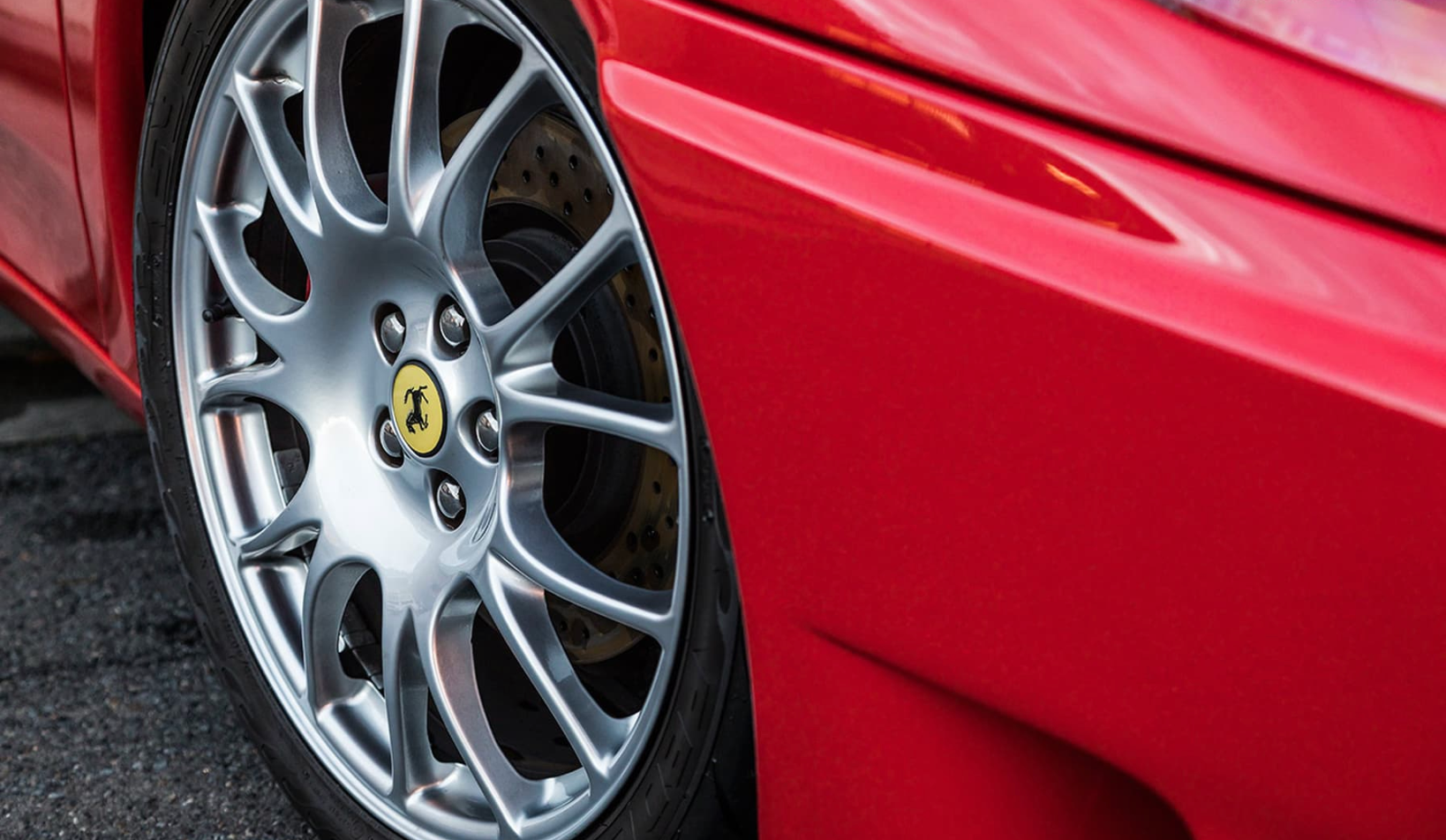 The car sits on air-ride suspension for a cushier ride and to make sure it doesn’t bottom out on speed bumps. 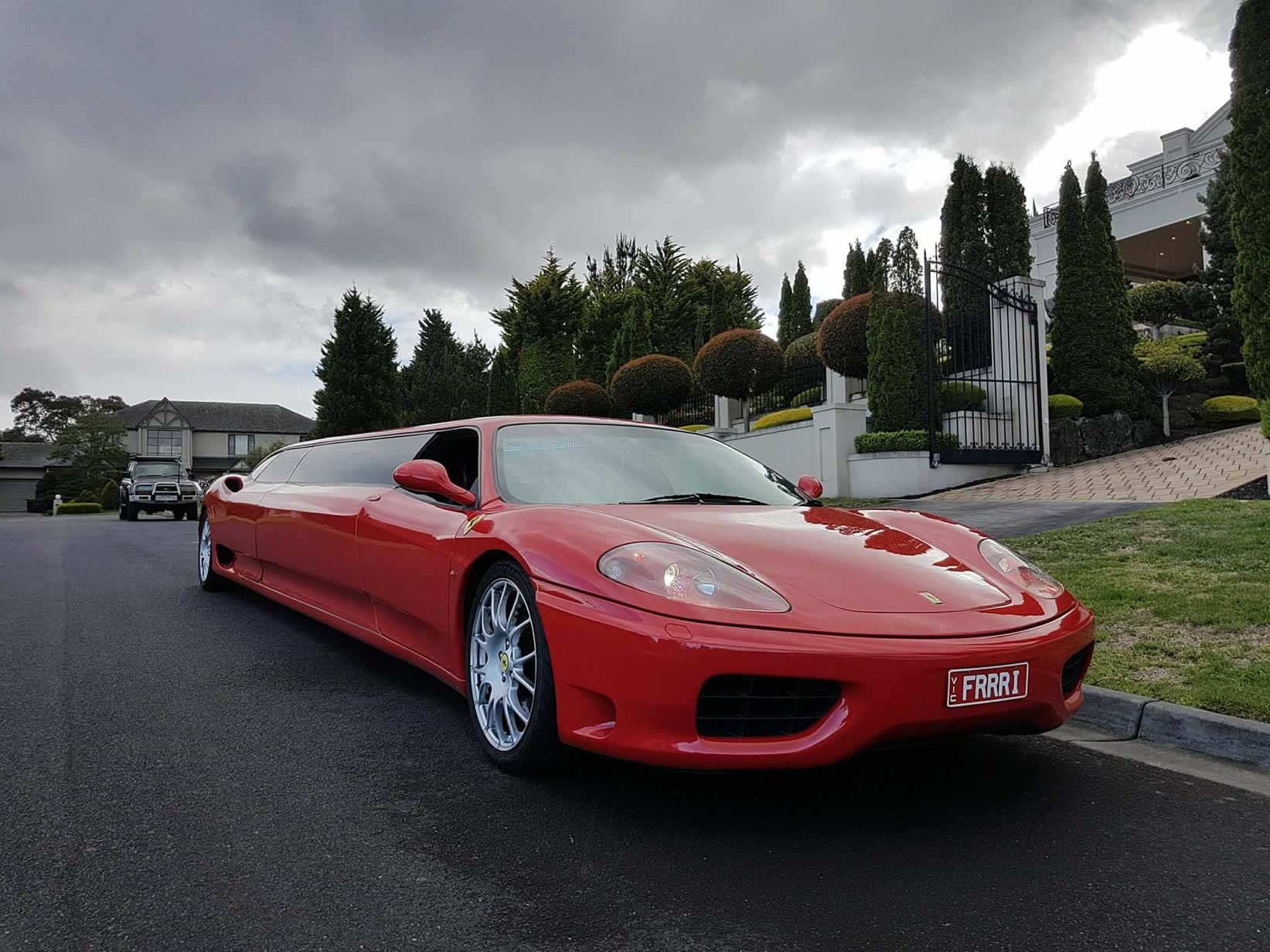 In the back, there’s leather seating for eight … 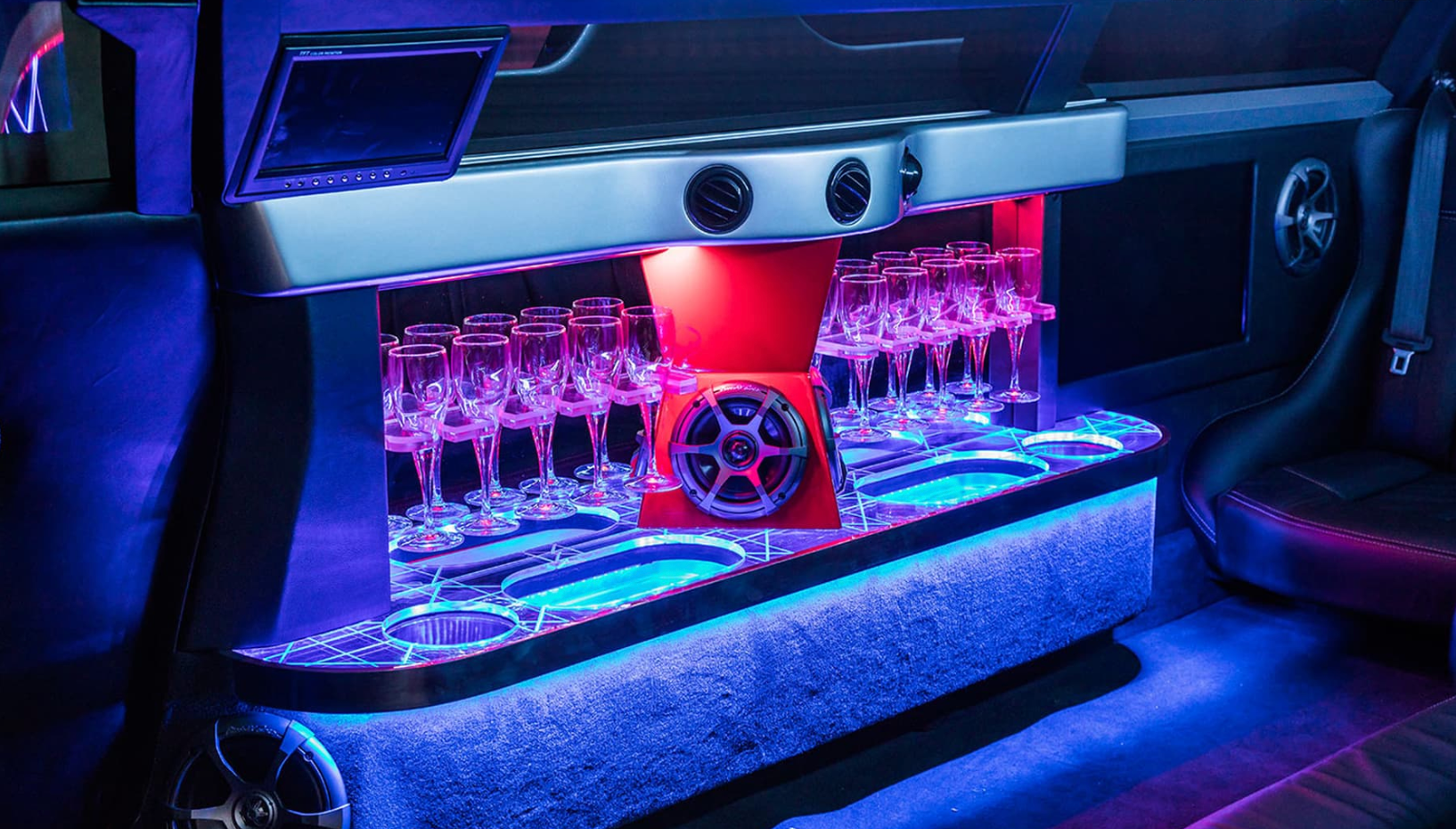 … two TVs, and a sound system. Up front, there’s room for the driver and one other lonely guest. 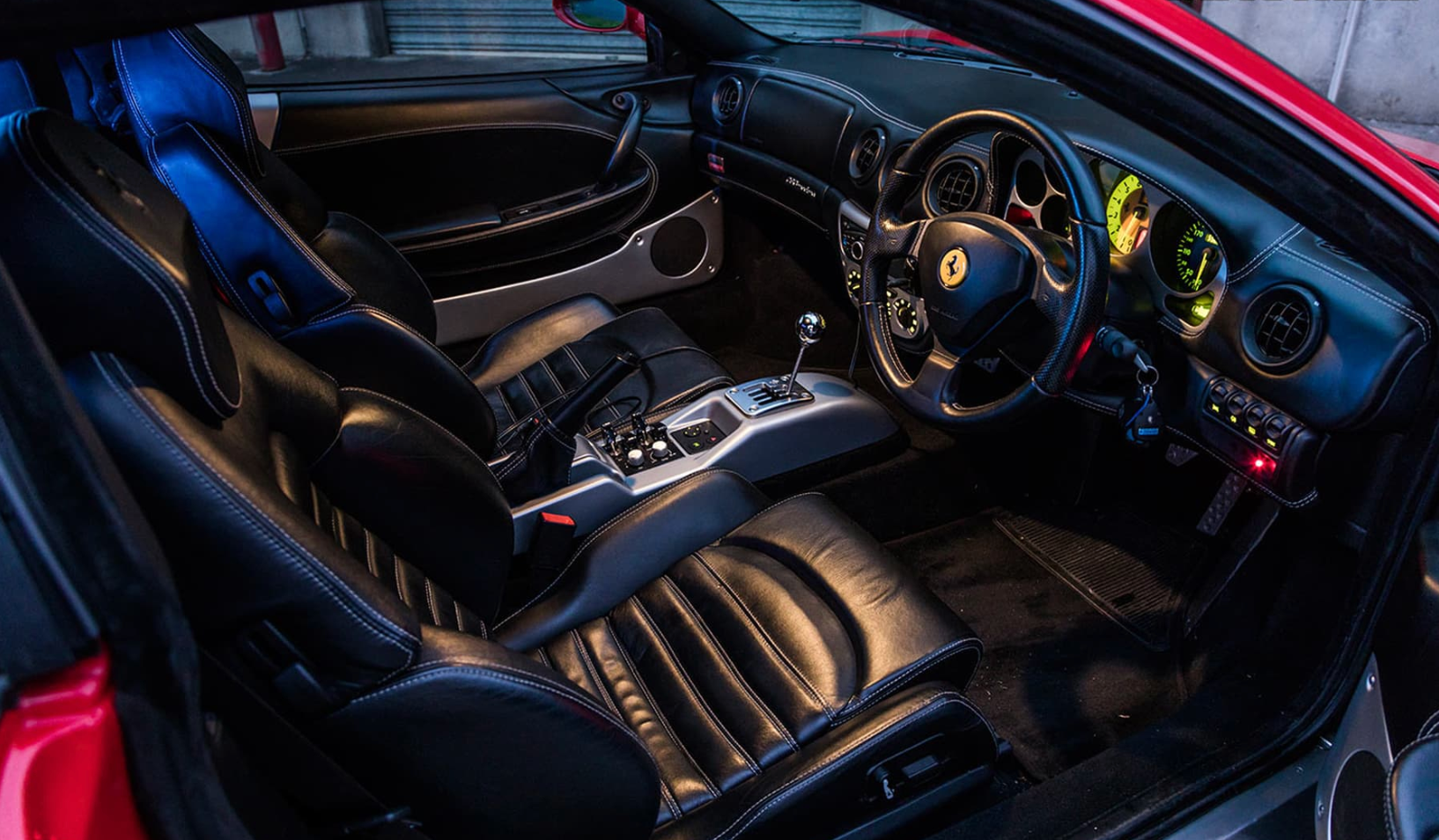 The limo only has around 40,000 miles on the clock. And, unlike a non-limo Ferrari, you can be pretty sure it wasn’t thrashed around canyon roads or taken to its limits. We hope. 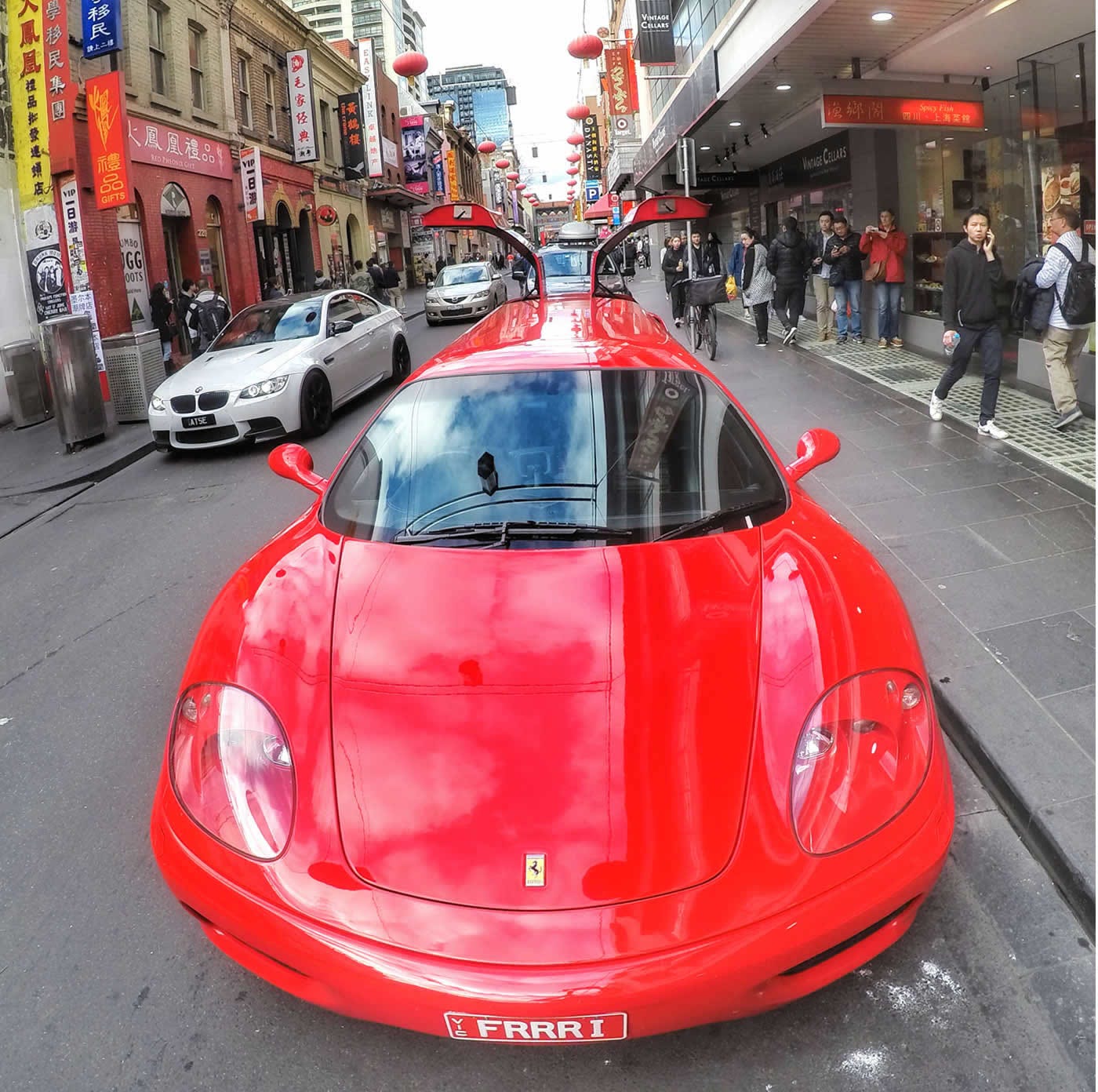 It could be a solid buy for those interested in supercar looks and school-bus practicality, but this gaudy machine is probably best suited for proms and wedding parties. 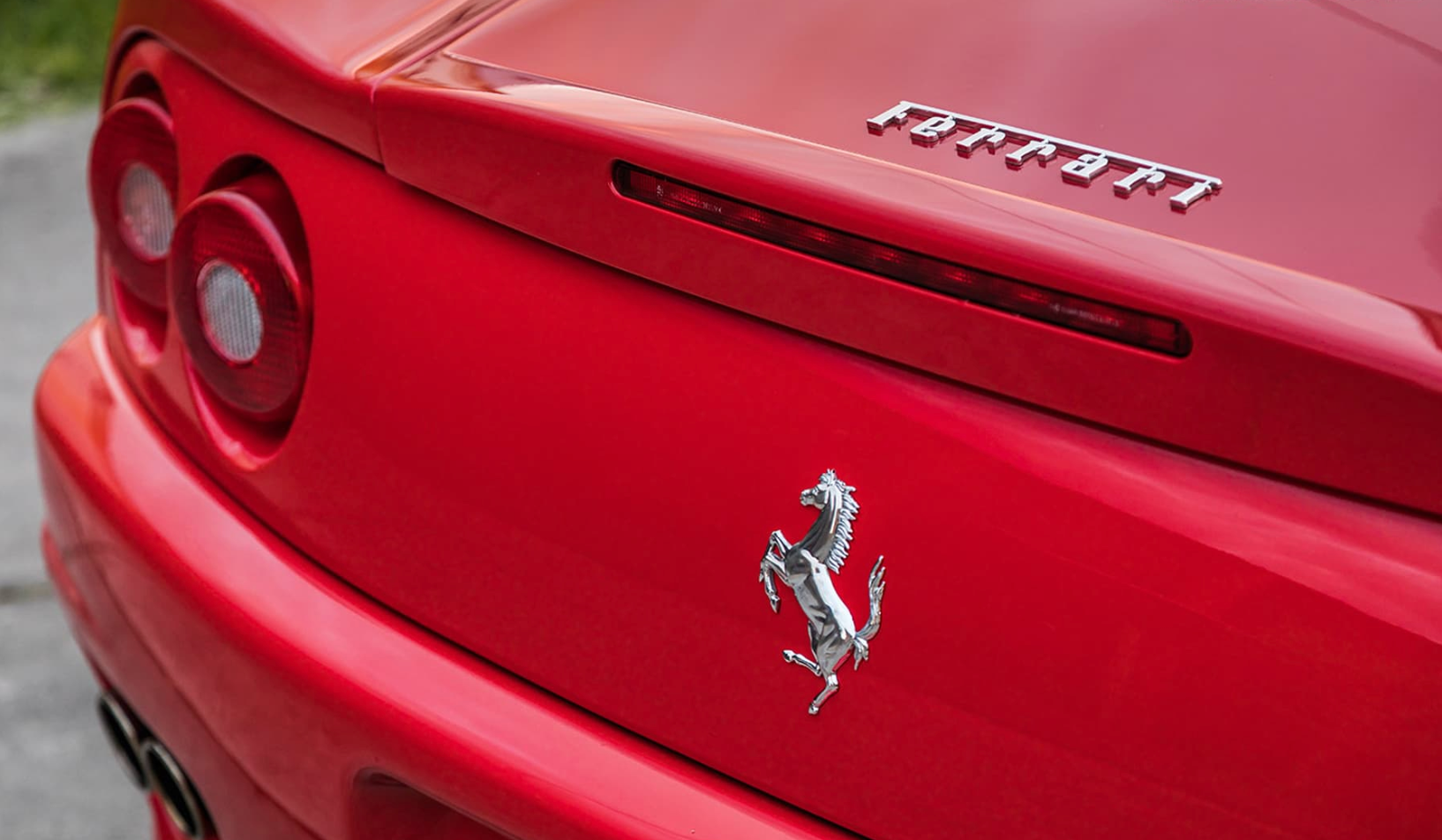 The Ferrari limo currently rents for $US1,000 AUD per hour, and up to $US5,000 AUD for a wedding — so it may be a solid business proposition.

Luckily for those not living down under, the Ferrari limo is for sale internationally. Unfortunately, the sweet FRRRI licence plate isn’t included.