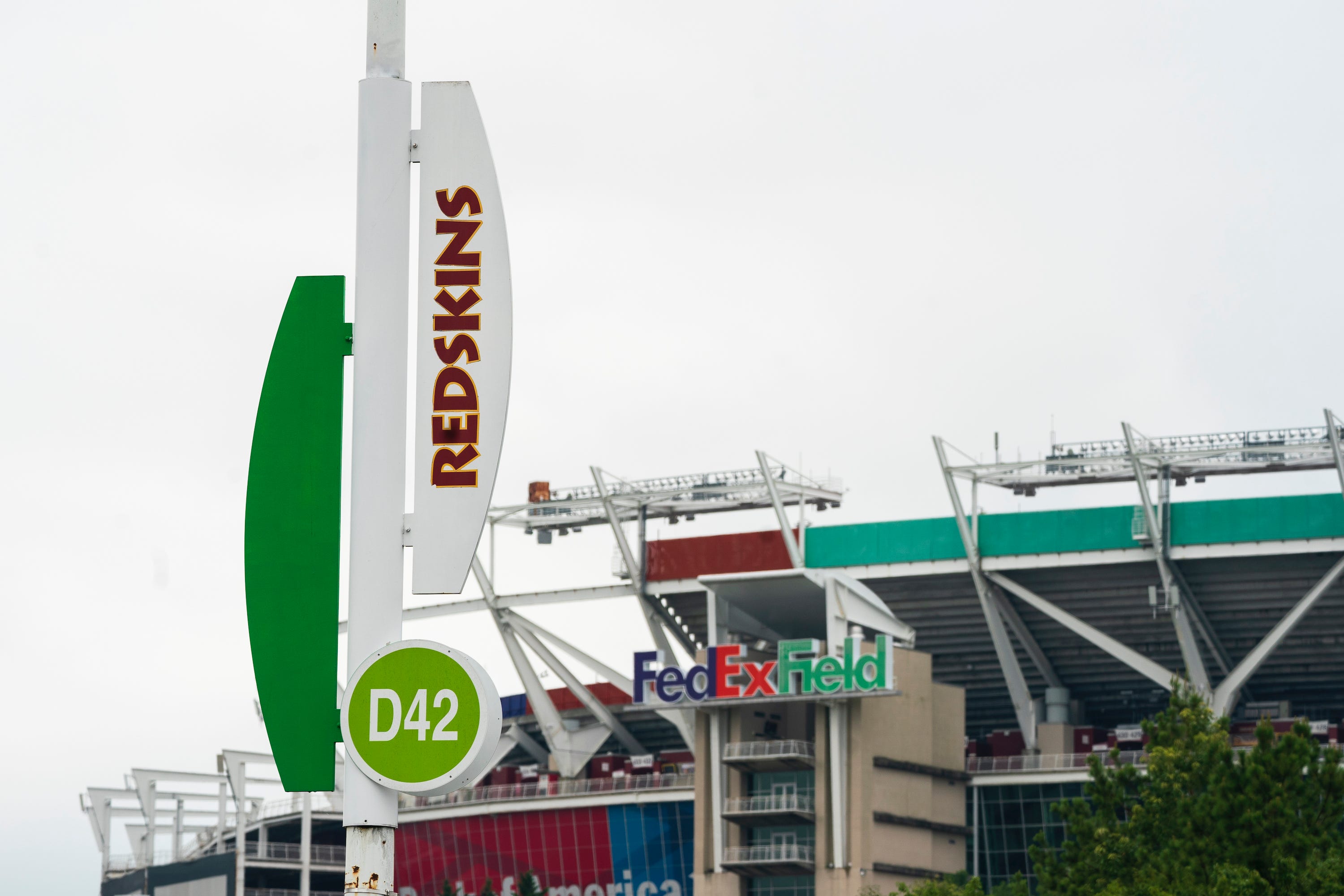 Drew Angerer/Getty ImagesFedEx Field, home of the Washington Redskins NFL football team, stands on July 7, 2020 in Landover, Maryland. After receiving recent pressure from sponsors and retailers, the NFL franchise is considering a name change to replace Redskins. The term ‘redskin’ is a dictionary-defined racial slur for Native Americans.

On the same day that a one-sentence statement from FedEx renewed conversations about the Washington Redskins’ offensive team name and sparked the removal of branded apparel from some of the US largest retailers, the logistics giant was pushing even more forcefully behind the scenes.

The Washington Post reported Friday that FedEx’s general counsel sent a letter on July 2 to the Redskins’ top lawyers threatening to remove its corporate logos from the team’s stadium, FedExField, if the team did not change its mascot.

The paper did not publish the letter in full, and says its contents were summarized by a person who had read it. A FedEx representative declined to confirm the letter to Business Insider, pointing to the public statement.

The day after the letter’s apparent delivery and statement from FedEx, the team said it will conduct “a thorough review” of its name, which it instituted in 1933 upon moving into Fenway Park alongside the Boston Red Sox. Before that, the Redskins were called the Braves – a name experiencing similar calls to change.

The team moved to the Washington D.C. area in 1937, where it’s played ever since. FedEx bought the naming rights to its $US250 million suburban Maryland field in 1999. FedEx chairman and CEO Fred Smith is a part owner of the team.

In the week since the name’s controversy re-surged – precipitated by a national conversation of race following the killing of George Floyd by Minneapolis police officers – Amazon, Walmart and Target have pulled apparel bearing the teams imagery from their stores. Nike also made similar moves.

“This issue is of personal importance to me and I look forward to working closely with [team owner] Dan Snyder to make sure we continue the mission of honouring and supporting Native Americans and our Military,” head coach Ron Rivera said at the time the review was announced, according to CNN.

President Donald Trump also waded into the reinvigorated calls for the name change, once again playing on racial tensions in a country already on edge from the global pandemic it’s largely failed to mitigate.

“They name teams out of STRENGTH, not weakness,” he tweeted on July 6, “but now the Washington Redskins & Cleveland Indians, two fabled sports franchises, look like they are going to be changing their names in order to be politically correct. Indians, like Elizabeth Warren, must be very angry right now!”

Other major corporate sponsors, including PepsiCo and Bank of America, have also supported the name change.

According to Forbes, Washington’s value as a sports franchise has fallen dramatically in past years, and not just because of its name.

“The team’s brand equity has fallen,” the magazine said in 2019, “because the Redskins have been a train wreck on the football field for much of Snyder’s tenure.”