'A buying spree of epic proportions': How the Federal Reserve bucked precedent and forever changed its role in the US economy 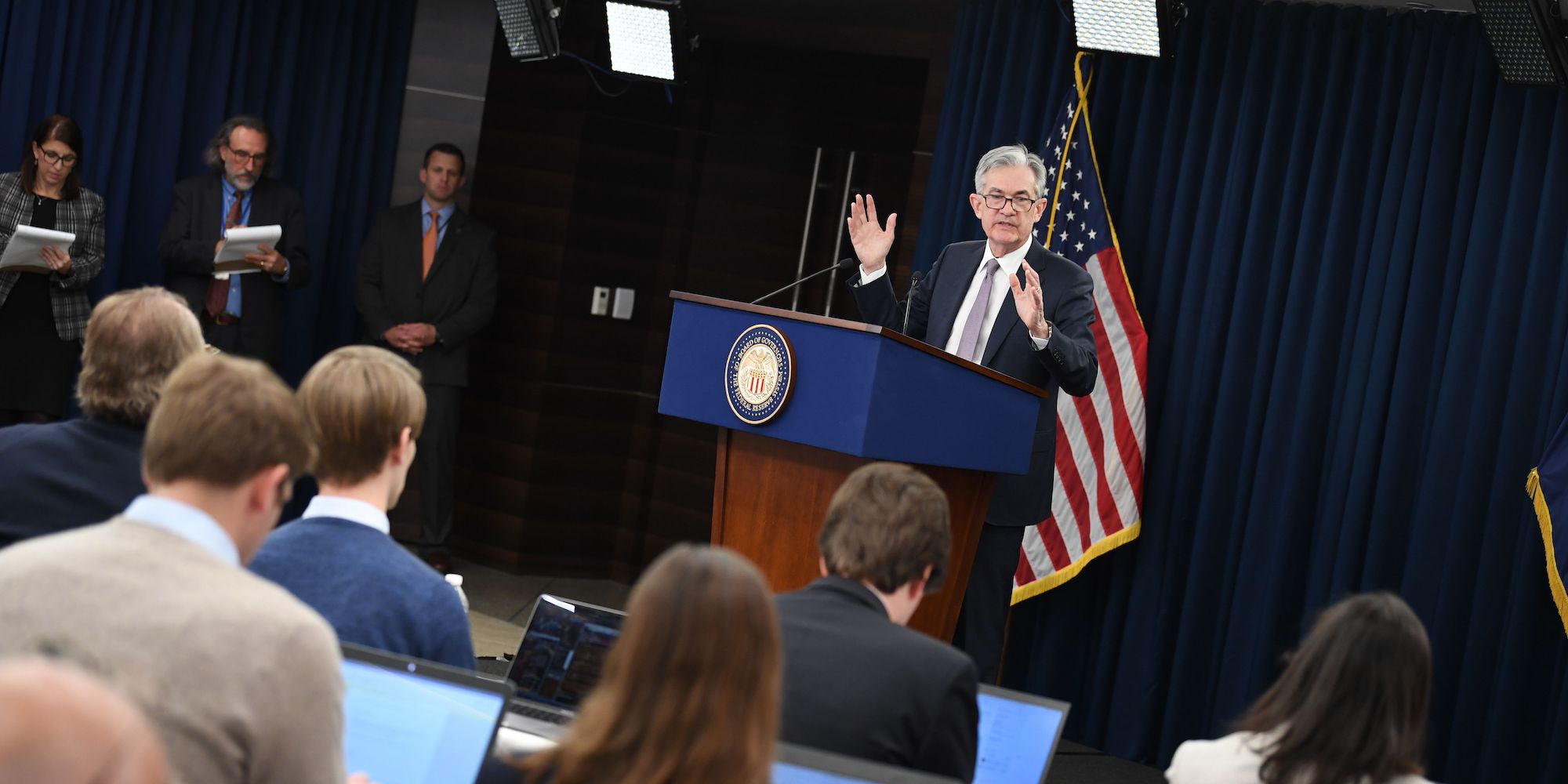 The Federal Reserve is no longer the central bank it used to be.

In a matter of weeks, the steadily expanding US economy slipped into its worst recession in nearly a century. Tens of millions of Americans lost their jobs, spending froze, and credit health tanked. While the Fed’s response began with its traditional financial-crisis playbook – pushing interest rates to the floor and buying Treasurys and mortgage-backed securities – a shift was brewing.

Then, on March 20, the monetary authority’s role changed. The Fed announced it would begin buying corporate bonds for the first time in its 107-year history, offering aid for cash-strapped businesses large and small. That facility marked a paradigm shift to the central bank’s code and separated the Fed from its originally intended role in the US economy.

“The big concern is that the line between the function of the Fed and the Treasury is getting blurred,” Bruce Mizrach, professor of economics at Rutgers University, said, adding past bailouts, commercial or municipal, were handled by the latter and not the former.

He added: “That’s a larger function than what was envisioned for the Fed, and once you assume those responsibilities, it then becomes harder to back away.”

Until the financial crisis, the Fed’s primary tool was its benchmark interest rate. When the 2008 meltdown hit and rates were pushed to zero, the Fed turned to the purchase of mortgage-backed securities and other unconventional assets.

To combat the coronavirus downturn the central bank expanded its toolbox once more. The Fed’s corporate bond purchases were initially exclusive to investment-grade debt before an expansion incorporated so-called fallen angels, companies that recently slipped from high-quality ratings to junk status.

“The use of high-yield purchases is designed explicitly to say, ‘look, if you were an investment-grade company before March 223 and you got downgraded because of COVID, that shouldn’t have happened,'” Lauren Goodwin, economist at New York Life Investments, said in an interview.

The Fed’s own leaders have acknowledged the shift, with Dallas branch president Robert Kaplan telling Fox Business on Friday that the bank’s role includes serving as “a lender of last resort.”


Read more:
An investing strategy called ‘crisis alpha’ designed to thrive during meltdowns just whiffed on the fastest bear market in history. Here’s how that’s upended a $US318 billion industry – and what it means for the future.

Still, experts worry that the move into risky debt purchases will make an eventual recovery more turbulent than usual. The Fed doesn’t want to be seen as impeding market dynamics, but its move from stable Treasury bonds to corporate credit has already changed valuations across the board.

In the days following the Fed’s March 23 announcement, corporate bonds retraced sharp declines. The stock market enjoyed an indirect boost, as investors viewed the policy as a strong backstop for risk assets.

“The problem with official intervention in markets is you’re no longer letting the market determine prices. So what is the right valuation?” Vincent Reinhart, chief economist at BNY Mellon, said, adding “the possibility that the Fed will broaden the scope of its interventions” is even affecting prices in sectors ineligible for Fed lending.

Even if market valuations normalize and account for the Fed’s policy, closing its facilities in the wake of the economic downturn will drive violent price swings all over again, Goodwin warned.

“The rollback of these programs and the timing of that rollback is going to be an enormous focus for investors and it will absolutely prompt market volatility,” she said.

Where some are worried about the scope of the Fed’s latest measures, others point to their size as a serious long-term risk.

Through quantitative easing programs from 2010 to 2015, the Fed’s balance sheet roughly doubled to $US4.5 trillion. It took until September 2019 to unwind about $US800 billion from its balance sheet, yet the subsequent repo crisis and coronavirus pandemic undid four years of progress in a matter of weeks. From February 24 to April 27, the Fed added another $US2.5 trillion to its balance sheet.

The race to pad markets resulted in “a buying spree of epic proportions,” JPMorgan economists wrote in a Tuesday note. The central bank’s purchases show no signs of stopping, with five of its nine lending facilities yet to begin operations. Experts expect the Fed’s holdings to land between $US7 trillion $US10 trillion by the end of the year, dwarfing the expansion seen during the financial crisis.


Read more:
Famed economist David Rosenberg nailed the housing crash. Now he says this crisis won’t end as quickly as it began and shares an investing strategy for the next 3 years and beyond.

Reversing the balance sheet explosion poses its own threat. Shrinking it before the economy has stabilised could drive price volatility and impede the Fed’s efforts to avoid market influence, Reinhart said. He also noted that acting too late puts the environment at risk of deflation, where prices stop increasing at a healthy rate.

The central bank must also gain approval from the Treasury to close its lending facilities, and the department’s leaders may decide against pulling back on corporate aid.

“Facilities are going to be tough to unwind and they will linger. They are going to wait until it’s absolutely the case that the economy is on solid footing and the expansion is underway,” Reinhart said.

There’s still hope among experts that the Fed can return to its independent, market-independent state. Much of the Fed’s emergency measures were made at the behest of Congress and the Treasury. Placing the onus on elected officials leaves the Fed and its appointed leaders from venturing too far out of its historic jurisdiction, Goodwin said.

“If you think this is a huge overstep and you’re worried about free markets, it’s really important to know this isn’t just the Fed acting on its own,” Goodwin said.

He concluded: “The next crisis will probably look different. What policymakers have shown is not only that they can be creative in addressing an acute market functioning issue … but that they’re willing to adapt and adjust the policies as necessary.”