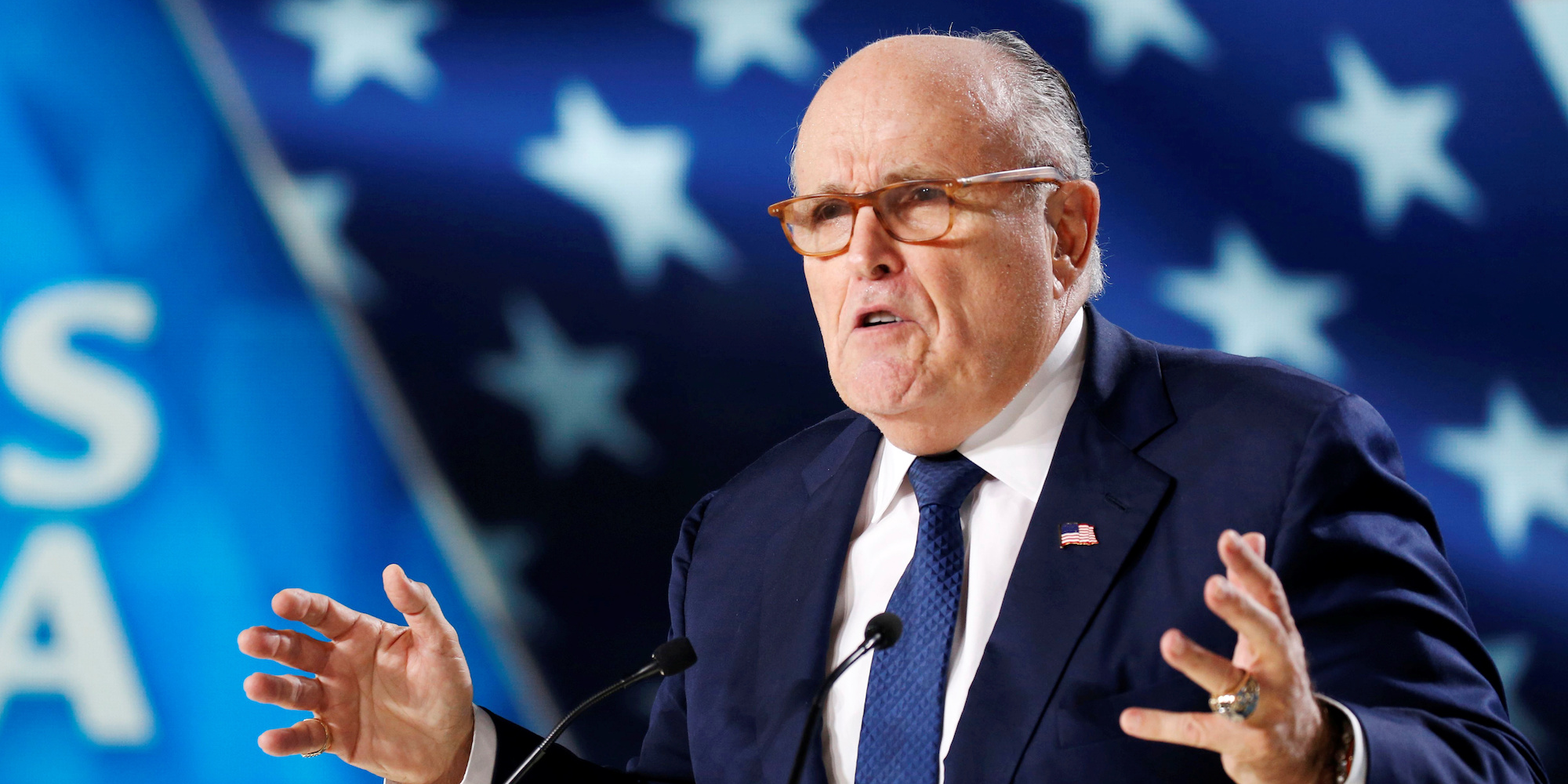 Regis Duvignau/ReutersRudy Giuliani, lawyer for President Donald Trump, on Wednesday called for special counsel Robert Mueller to ‘put up or shut up’ regarding the Russia investigation.

Federal prosecutors are still investigating President Donald Trump’s personal attorney Rudy Giuliani even after the impeachment trial ended, according to The Washington Post.

Two of Giuliani’s associates, Lev Parnas and Igor Fruman, were arrested on charges of campaign finance violations in October 2019. The Southern District of New York is reportedly looking into Parnas, Furman, and Giuliani, in relation to their dealings in Ukraine.

Giuliani was a central figure to impeachment proceedings against Trump, which ended in the president’s acquittal of two charges, abuse of power and obstruction of Congress, in the US Senate earlier this month. He was impeached by the House of Representatives in December.

At the centre of the impeachment inquiry was a phone call between Trump and Ukrainian President Volodymyr Zelensky, where Trump discussed a conspiracy theory related to the 2016 election and former Vice President Joe Biden and his son Hunter Biden, who previously sat on the board of a Ukrainian gas company. The president has called the call “perfect” and denied any wrongdoing.

The call prompted an inquiry into allegations that the president was using a nearly $US400 million in congressionally-mandated military aid to Ukraine and a coveted White House visit to pressure Zelensky into announcing investigations into political rivals.

Sources told The Post that prosecutors in New York sought evidence and contacted witnesses as early as last week in relation to the probe against Giuliani and his associates.

At the same time, the Justice Department said this week that it has set up an “intake process” in order to fact check claims that Giuliani has made about former Vice President Joe Biden in Ukraine.