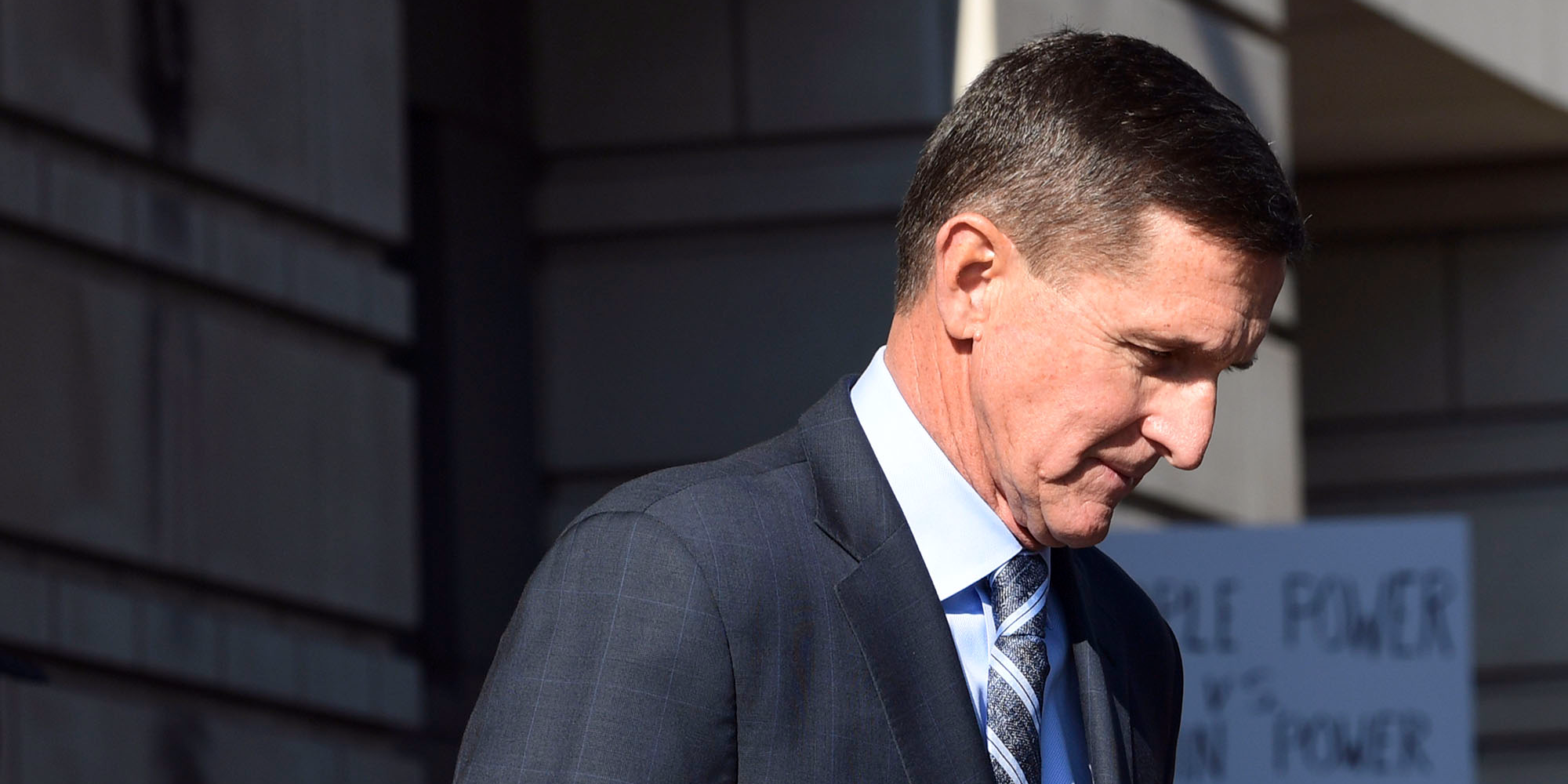 US District Judge Emmet Sullivan pumped the brakes Tuesday on the Department of Justice’s motion to drop its case against the former national security adviser Michael Flynn.

Sullivan said in a new filing that because of the politically charged nature of the proceedings, he expected third parties with an interest in the case to weigh in on the matter in the coming days.

To that end, Sullivan said he would set a schedule “at the appropriate time” for outside groups and people to argue against the DOJ’s motion.

Such filings, known as amicus briefs, “should normally be allowed when a party is not represented,” “has an interest in some other case that may be affected,” or “has unique information or perspective that can help the court,” Sullivan wrote.

That said, he added, “a criminal proceeding is not a free for all.”

Flynn’s defence lawyer Sidney Powell quickly pushed back on Sullivan’s order, saying in a filing that a criminal case was “a dispute between the United States and a criminal defendant” and that there was “no place for third parties to meddle in the dispute, and certainly not to usurp the role of the government counsel.”

The former national security adviser pleaded guilty in December 2017 to lying to the FBI as part of the bureau’s investigation into Russian interference in the 2016 US election.

Flynn initially cooperated with prosecutors but later shifted course and hired Powell, who took a more combative stance, urging the court to dismiss the DOJ’s case against Flynn and accusing the department of prosecutorial misconduct.

President Donald Trump and his allies rejoiced over the DOJ’s motion to drop Flynn’s case, pointing to the move as a confirmation of their claims that the FBI acted out of political bias when it investigated the Trump campaign for conspiring with the Russian government in 2016.

Department veterans and national security officials, meanwhile, excoriated the decision as being part of Attorney General William Barr’s effort to use the department as a shield for Trump and a sword against his perceived enemies.

They pointed, specifically, to the fact that Flynn had already pleaded guilty and acknowledged his wrongdoing several times, weakening the department’s claim last week that it could not legally bring a case against the former national security adviser.

Brandon Van Grack, one of the prosecutors from the former special counsel Robert Mueller’s team who worked on the Flynn case, also withdrew as counsel for the government shortly before the DOJ filed its motion to drop the case.

The controversy kicked up another notch this week, when Mary McCord, the former acting assistant attorney general for national security who was directly involved in the Flynn case, wrote that the DOJ twisted her testimony to justify dropping the case.

Jonathan Kravis, one of the prosecutors from the Stone case who left the department altogether after withdrawing, also wrote in a Washington Post op-ed article that the DOJ’s move to dismiss Flynn’s case was a “disastrous mistake.”

Kravis accused the DOJ of putting “political patronage ahead of its commitment to the rule of law” and for moving to dismiss the case even though Flynn pleaded guilty and the court ruled that the plea was valid.

“The Department’s action is extraordinarily rare, if not unprecedented,” the letter said. “If any of us, or anyone reading this statement who is not a friend of the President, were to lie to federal investigators in the course of a properly predicated counterintelligence investigation, and admit we did so under oath, we would be prosecuted for it.”