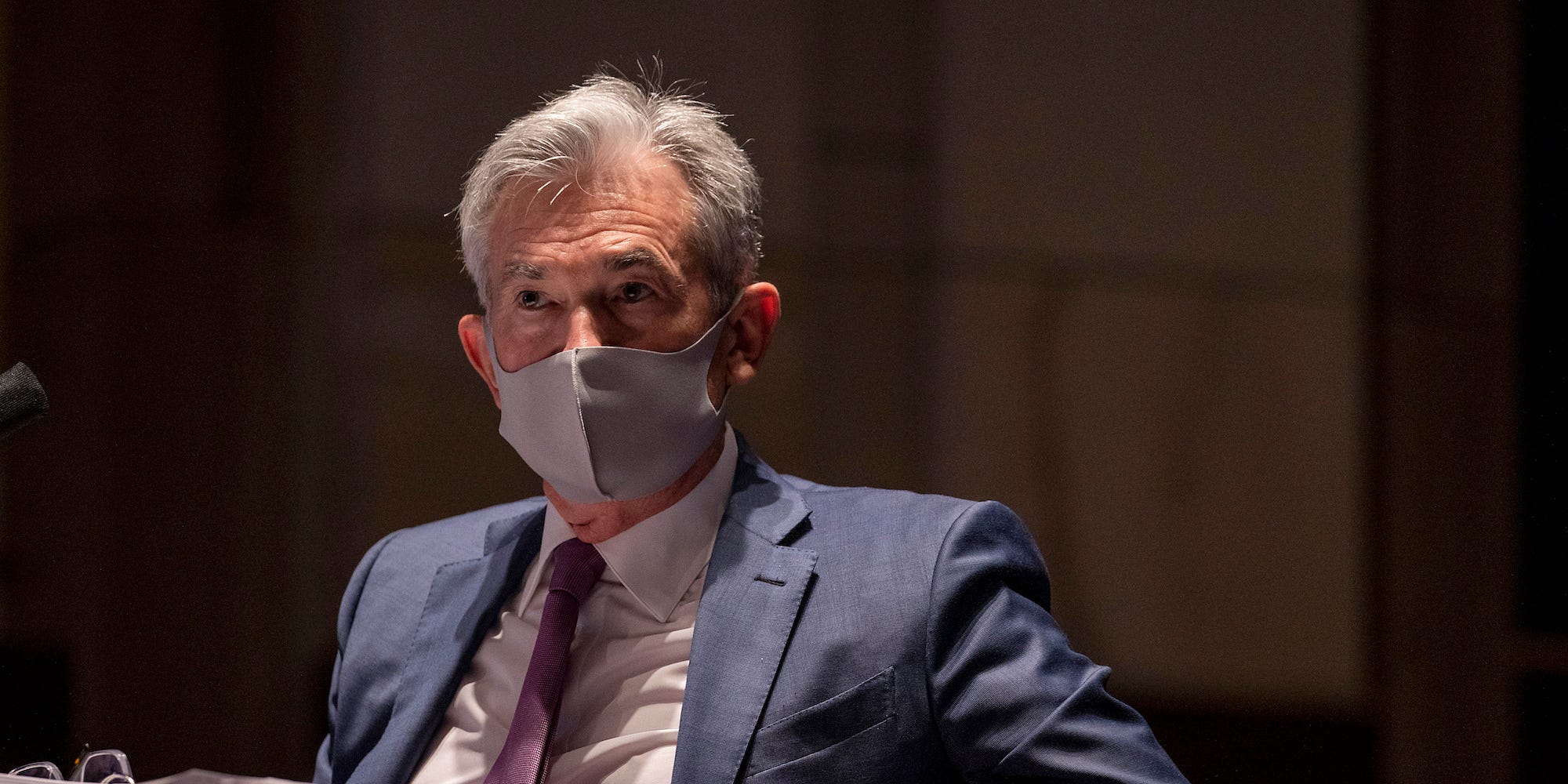 Minutes of the Federal Open Market Committee’s September 15-16 meeting revealed policymakers “assumed the enactment of some additional fiscal policy support this year.” Without such support from Congress, “the pace of the economic recovery would likely be slower,” according to the minutes.

The absence of new stimulus would also “exacerbate economic hardships in minority and lower-income communities,” FOMC participants added. The two groups are among those hit hardest by the virus and its economic fallout.

“For the time being, the Fed is sending the message that they have, in fact, done a lot already,” Bob Miller, BlackRock’s head of fundamental fixed income in the Americas, said. “What is clearer, however, is the committee members’ revealed preference that fiscal policy is the optimal response to generate more targeted stimulus from here.”

Chances new aid will arrive faded on Tuesday. Trump announced in an afternoon tweet he was halting talks on new aid until after the November 3 presidential election. The move shocked politicians, economists, and investors and signalled that the already slowing economic recovery wouldn’t receive any help for at least a month.


Read more:
A $US2.5 billion investment chief highlights the stock-market sectors poised to benefit the most if stimulus is eventually passed after the election â€” and explains why Trump ending negotiations doesn’t threaten the economic recovery

Trump later reversed course and called on Congress to allocate $US25 billion to airline aid, $US135 billion to the Paycheck Protection Program, and funds for another round of direct payments. Yet Democrats have previously balked at a piecemeal approach and are set to continue backing their $US2.2 trillion measure.

FOMC members decided at the meeting to maintain asset purchases at least at their current pace and hold interest rates near zero until inflation averages 2% and maximum employment is reached. Economic forecasts released after the meeting ended showed most policymakers expecting rates to stay put through 2024.

Some officials who attended the September meeting have since responded to Trump’s action. Cleveland Federal Reserve President Loretta Mester said Tuesday the US economic recovery can continue without new stimulus, but that the lack of fresh support is “disappointing.”

“There’s still a lot of households and a lot of small businesses that really need that kind of help, and even though the recovery has come in somewhat stronger than many of us thought it would, we’re still in a pretty big hole,” she said on CNBC.

Millions of Americans will face a tougher recovery if fresh aid isn’t passed soon, Neel Kashkari, president of the Federal Reserve Bank of Minneapolis, said Wednesday morning. While stimulus passed during the 2008 recession was often touted as a bailout for banks involved in the financial crisis, relief passed today doesn’t pose the same “moral hazard.”

“Eventually it will burn itself out, and meanwhile all the animals are dead,” he said. “I mean, there are enormous consequences if we just let things go, and the downturn will end up being much, much worse.”


MORGAN STANLEY: High-growth tech stocks are entering a dangerous phase that is being mostly overlooked. These 3 trades can help investors profit while minimising the risk to their portfolios.