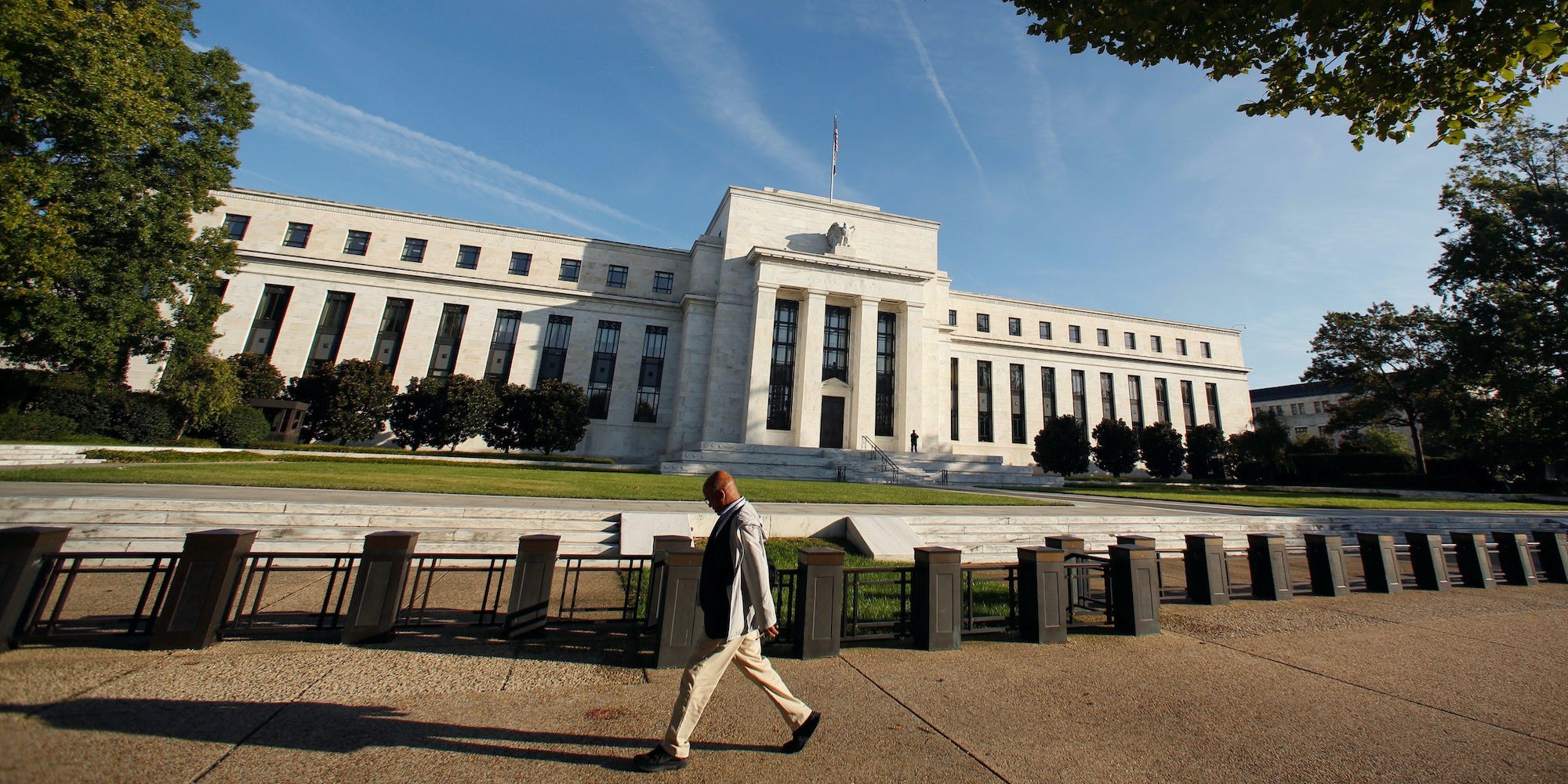 The Federal Reserve’s Main Street Lending Program has already been updated twice to expand eligibility to small- and medium-sized businesses.

The facility is on the verge of starting its lending to businesses, with the Fed beginning lender registration on Monday. Once open, the program will spend up to $US600 billion buying 95% of each eligible loan in a bid to aid firms through the coronavirus pandemic and a widespread freeze in consumer demand. Yet economists William English and Nellie Liang said they think the Fed can do more to boost take-up of the program’s emergency funds.

“We believe the current program would be more attractive and, thus, more effective if loan terms were more tailored to the characteristics of borrowers, the rigidity of fixed debt repayments was reduced, and lenders received more compensation for taking additional risks,” the economists wrote in a Brookings Institution report published Thursday.


Read more:
Schwab’s global investing chief says the market’s best-performing stocks are due for a surprising rotation for the first time in 12 years – and shares 3 ways to get ahead of the shift

The two former Fed staffers suggested the central bank should open its Main Street facility to loans with maturities of more than five years and create incentives for earlier payoffs. Participating businesses with higher credit quality should enjoy cheaper rates than more leveraged borrowers, they wrote. Currently, all loans made through the facility include an interest rate of 3 percentage points above a common short-term rate.

The program will allow businesses with up to 15,000 employees or less than $US5 billion in 2019 revenue to tap its credit pool. The Fed has lowered its minimum loan amount twice to $US250,000 from $US1 million, yet Liang and English urged an even smaller minimum, saying such borrowing would encourage smaller banks to participate.

Banks should also be able to extend loans to riskier businesses if they take on a greater share of the debt “to demonstrate confidence in their credit,” the economists wrote.


Read more:
Wall Street’s best US and international stock pickers have tripled their clients’ money since 2010. The duo break down 5 future-proof companies that could keep investors ahead of the pack through 2030.

Liang and English called on the Fed to lift its compensation of participating lenders in another bid to encourage participation. Since new loans made through the program “will be correlated with risks of existing loans,” raising fees for banks can also make up for the heightened risk of default, they wrote.

Making such significant changes would endanger the $US75 billion contributed by the Treasury Department to the Main Street program to compensate for losses. Yet the increased risks pale in comparison to the coronavirus-induced recession and economic fallout damaging businesses throughout the US, they said.

“The downturn is very deep, and the risk of permanent harm to labour markets because of protracted high unemployment is large,” Liang and English wrote. “Thus, the Fed and the Treasury should move quickly to adjust the terms of the program if take-up is low.”


Read more:
Heath Jones is a US Army neuroscientist whose side hustle is scooping up real estate for passive income. Here’s how he leverages a simple strategy for extra cash.