A New York City hospital developed one of the few FDA-approved antibody tests for the coronavirus. It could test up to 2,000 people per day. 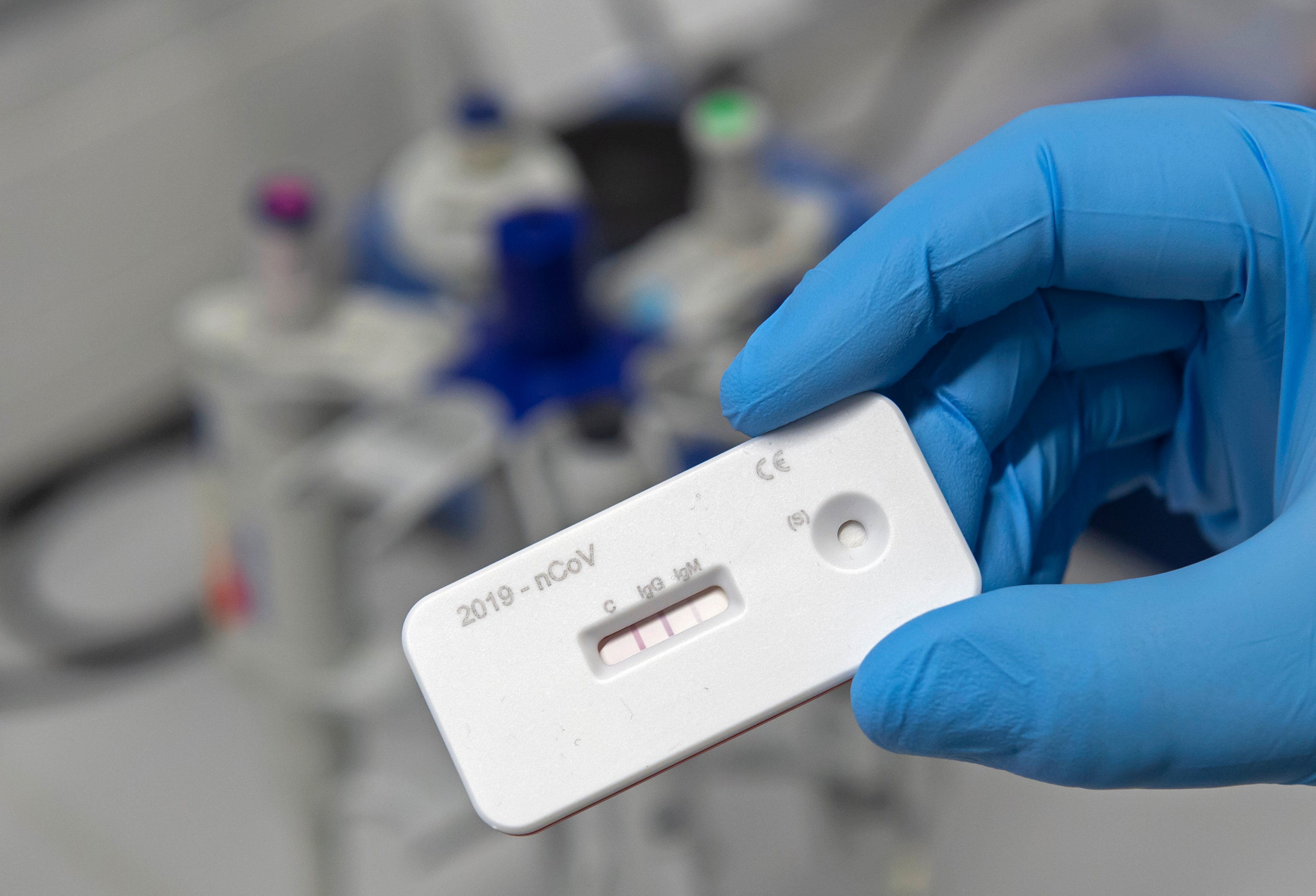 Jens Meyer/APA scientist presents an antibody test for coronavirus at the Leibniz Institute of Photonic Technology in Jena, Germany on April 3, 2020.

The global testing capacity for the coronavirus is limited. In nations with severe outbreaks like China, Italy, and the US, the number of coronavirus cases could be at least 10 times higher than the reported figures, according to some public-health experts.

But researchers have found a way to identify patients who may have escaped the official case count.

An increasing number of laboratories are developing blood tests that can detect antibodies to the coronavirus – an indication that a person was once infected. Antibodies could also signal that a person is no longer contagious or has a lower risk of reinfection – but the science is still hazy.

“If it follows the pattern of previous coronaviruses, immunity might be present in the form of antibodies for months or even years,” David Reich, President and Chief Operating Officer of The Mount Sinai Hospital, told Business Insider. “But it’s unclear, even if antibodies are present, whether those are protective against reinfection.”

Mount Sinai’s laboratory began developing an antibody test in January before any cases of COVID-19 were reported in US. The US Food and Drug Administration approved it for use in Mount Sinai’s clinical lab on Wednesday.

“The fact that we were able to import it from the virology laboratory into the clinical laboratory in a short period of time and validate it with the FDA – from our view, that’s a success story,” Reich said.

In a statement, the microbiologist who led the lab’s research, Florian Krammer, said the test could detect antibodies as early as three days after symptoms start.

The test lights up when antibodies are present

Coronaviruses have thick spikes on their surface that give them a crown-like appearance (“corona” is Latin for “crown”). The spikes are proteins that latch onto human cell receptors. When our immune cells spot these proteins, they start to produce antibodies.

Mount Sinai developed its test by exposing samples of blood to those spike proteins. When a person has antibodies in their blood, the test will light up.

The FDA approved Mount Sinai’s test for this sole purpose: to tell if antibodies are present. 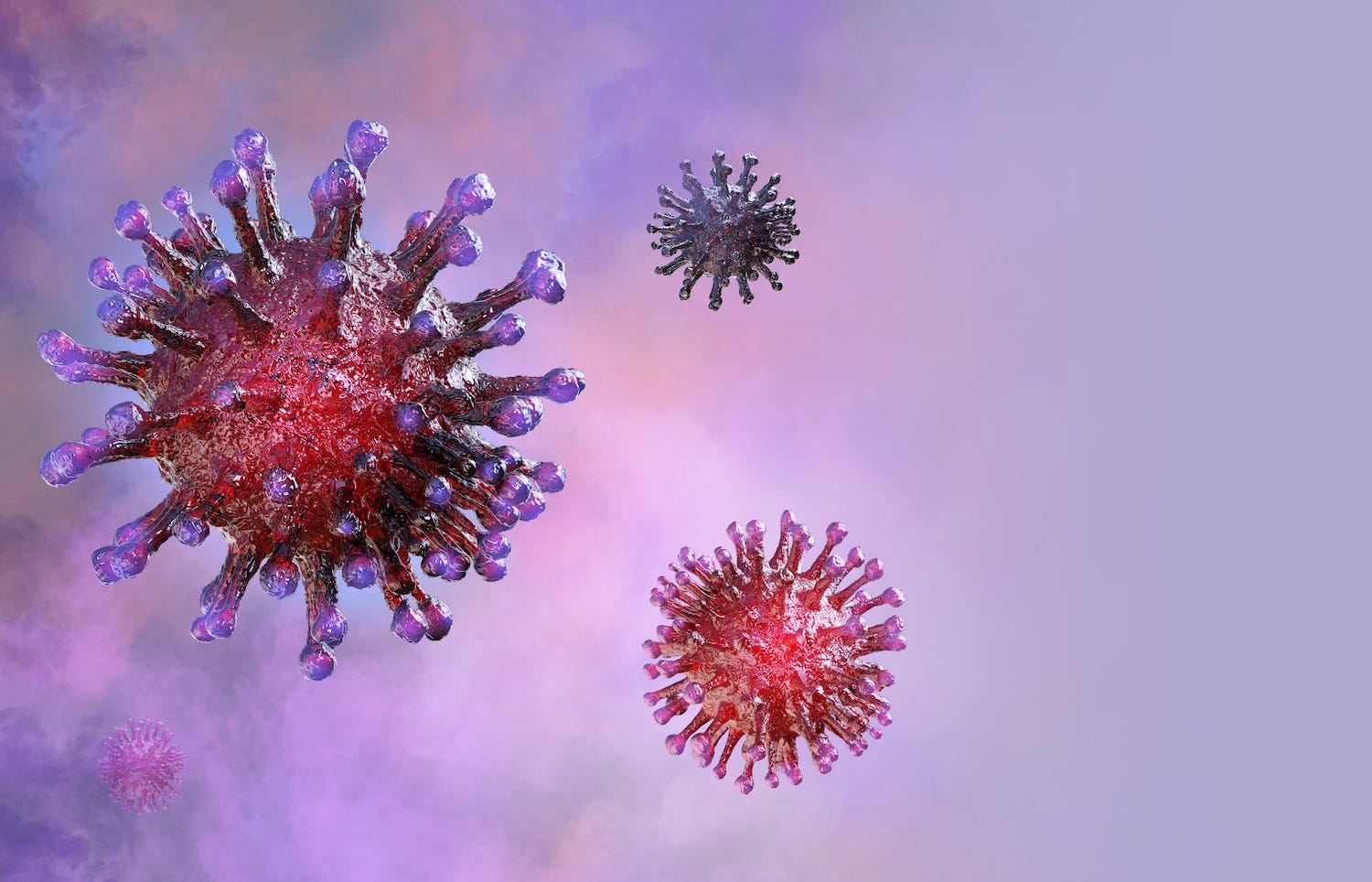 Corona Borealis Studio/ShutterstockThe spiky proteins on the surface of a coronavirus.

But the test could also be used to help Mount Sinai identify potential donors of convalescent plasma (blood from recovered patients with antibodies to the virus). The lab is participating in the National COVID-19 Convalescent Plasma Project, a scientific coalition that hopes to determine whether plasma transfusions can shorten the course of a COVID-19 illness, or decrease its severity.

Reich said Mount Sinai has enrolled more than 90 patients in its convalescent plasma trial. The results are at least a couple of weeks out, he said, but many patients have developed high concentrations of antibodies so far.

“What we saw was at about 14 days, people had antibodies, but they still were shedding some virus or at least viral particles,” Reich said. “By 21 days, the viral particles were all pretty much gone, and the antibodies were stronger.” 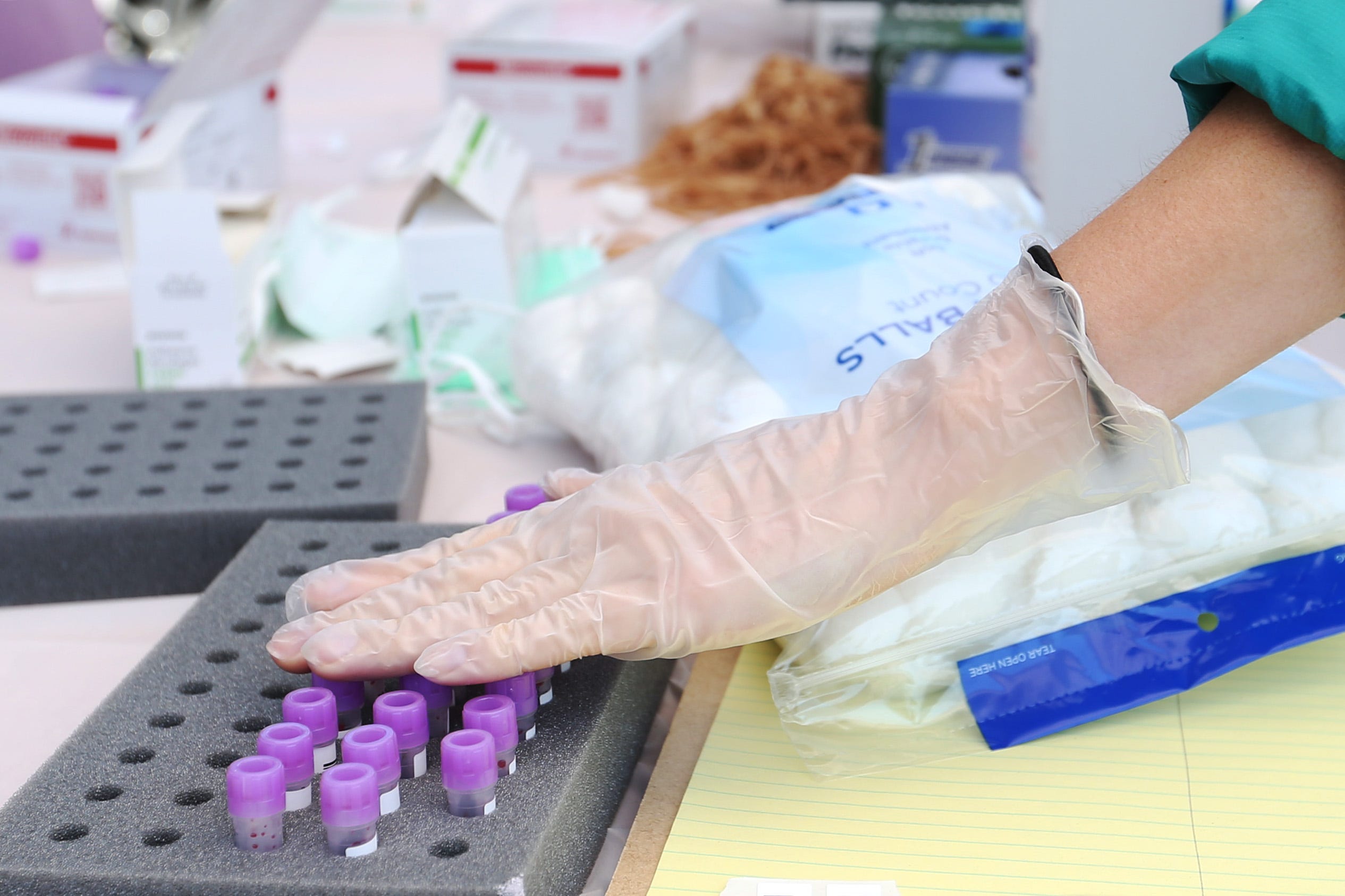 Since a person’s immune response ramps up over time, Reich said it could take around four to six weeks before antibodies reach their peak concentration. But researchers aren’t sure whether that means a person is immune to the virus.

Though many participants in the trial have mild cases, Reich said it’s too soon to tell whether that could influence the results.

“We don’t have any indication at this point that severity has any correlation with the antibody levels,” he said. “It could actually be the opposite.”

The FDA has only approved a handful of antibody tests – one from Cellex (a diagnostic company based in the North Carolina Research Triangle), one from Ortho Clinical Diagnostics (based in New Jersey), and another from Chembio Diagnostic Systems (based in New York).

Many antibody tests not sanctioned by the FDA have been known to produce shaky results.

“The serological tests for this particular virus are not perfect yet,” Elizabeth Halloran, a biostatistician at Fred Hutchinson Cancer Research Centre and the University of Washington, told Business Insider. “There are a lot of false negatives and a lot of false positives.”

“We’ll never do more than maybe 2,000 tests per day because we’re not at the scale that commercial laboratories would be,” Reich said.

Still, Mount Sinai has shared the details of its test with more than 200 research laboratories worldwide.

“We’re not being secretive about this,” Reich said. “It is possible that others could, assuming that they receive approval from the FDA, use the same technology.”