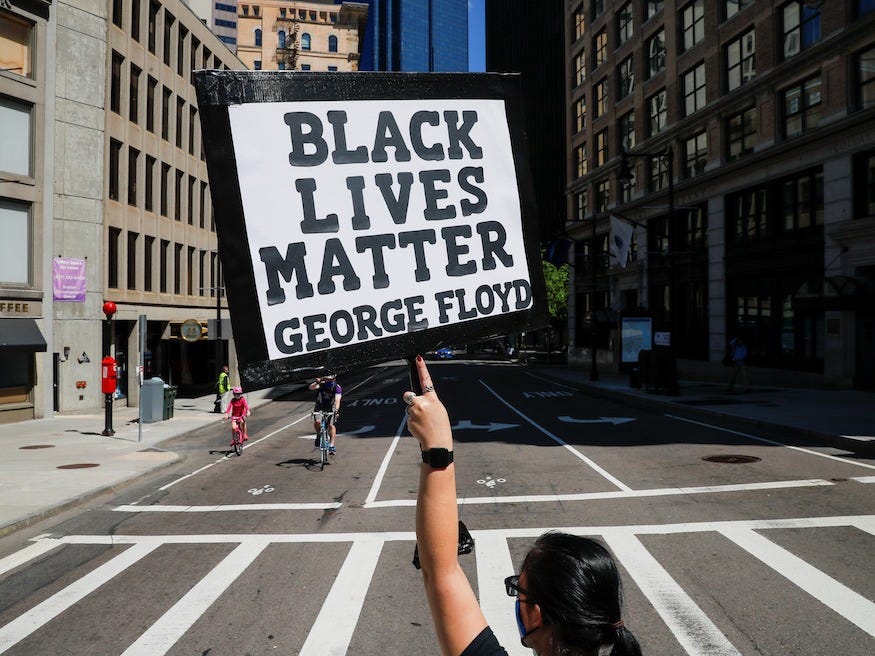 REUTERS/Brian SnyderThis is reportedly not the first time the aircraft has been used to surveil Black Lives Matter protests.

“The FBI is supporting our state, local, and federal law enforcement partners with maintaining public safety in the communities we serve,” the FBI told Buzzfeed News. “Our efforts are focused on identifying, investigating, and disrupting individuals that are inciting violence and engaging in criminal activity. The FBI respects those who are exercising their First Amendment rights, including the right to peacefully protest.”

Aldhous reports that on June 1, the FBI deployed a Cessna Citation jet from Manassas Regional Airport in Virginia to monitor the protests happening in central Washington DC.

The aircraft is typically used on top surveillance missions, such as for the use of federal drug and gang busts. Its use for the protests is controversial, as Aldhous pointed out, because the FBI claims to not surveil activity that is protested by the First Amendment.

“It’s now been well documented that a number of federal agencies wildly overreacted to protests in DC in deeply troubling ways,” Nathan Freed Wessler, an attorney with the American Civil Liberties Union’s Project on Speech, Privacy, and Technology, told BuzzFeed News. “To learn that the FBI deployed its state-of-the-art surveillance plane to watch these historic protests raises additional troubling questions.”

Aldhous also reports that the Cessna jet was not the only jet in use in early June and that an RC-26 aircraft by the Air National Guard also flew around DC. The New York Times now reports that the Air Force Inspector General is looking into whether this aircraft “improperly” surveilled demonstrators.

Business Insider’s Lisa Eadicicco reported that the FBI found one protester in Philadelphia, accused of setting a police car on fire, by searching for images of her on Instagram, finding the clothing retailer that sold the shirt she wore that day, and then discovering where she worked through her LinkedIn.