Dr. Fauci warns in Senate hearing that 'consequences could be really serious' if states reopen without identifying and isolating the virus 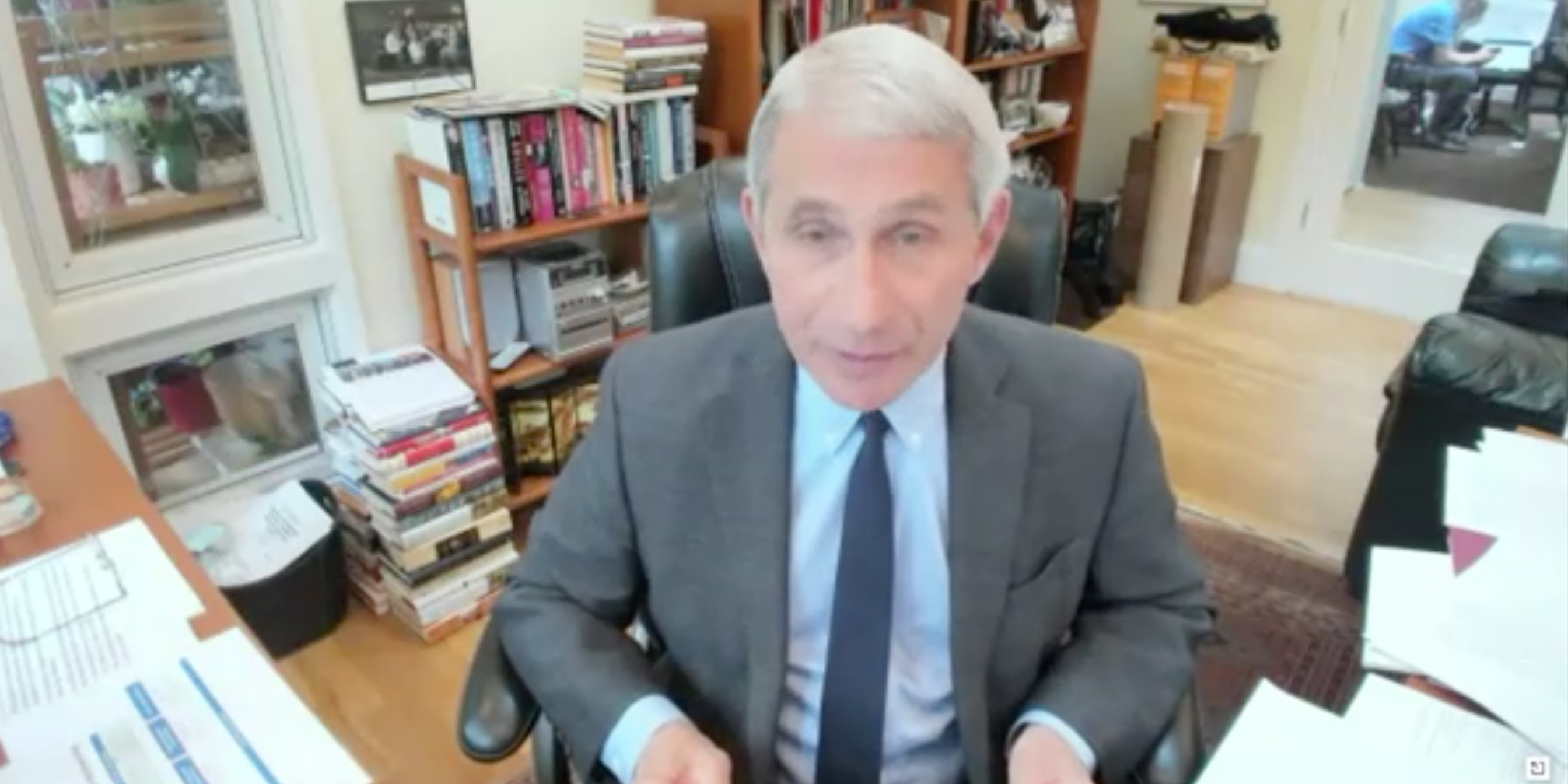 Dr. Anthony Fauci, the nation’s top infectious disease expert, warned in a Senate hearing on Tuesday that the country will see potentially devastating resurgences of the coronavirus if states and localities relax social distancing without heeding federal guidelines.

Fauci, who is helping lead the administration’s coronavirus task force, said “the consequences could be really serious if cities, states, or what have you jump over those various checkpoints and prematurely open up, without having the capability of being able to respond effectively and efficiently.”

He added, “My concern is that we’ll start to see little spikes that will turn into outbreaks.”

Fauci said that if states aren’t able to effectively mitigate new outbreaks, the reopening process will be dangerously uncontrolled. And this comes as most of these 30 states that are reopening or looking to reopen soon haven’t met the Trump administration’s national guidelines to do so.

“There is no doubt – when you pull back on mitigation, you will see some cases appear,” he said via video conference from his home office. “It’s the ability and the capability of responding to those cases with good identification, isolation, and contact tracing.”

He added that it’s “entirely conceivable and possible” that a resurgence will occur in the fall.

In an email to a New York Times reporter on Monday night, Fauci said what he most wants to convey to the public during Tuesday’s hearing is ” the danger of trying to open the country prematurely.”

“This will not only result in needless suffering and death, but would actually set us back on our quest to return to normal,” he wrote.

Fauci said on Tuesday that the death toll is “likely higher” than the official count because of the many people who died in their homes who were not tested for covid-19.

“I hope that if we do have the threat of a second wave, we will be able to deal with it very effectively,” he said.

Washington Sen. Patty Murray, the top Democrat on the panel, repeatedly criticised Trump and his administration for, she argued, suppressing the truth about the virus, ignoring experts, and responded slowly to the public health crisis.

“The president isn’t telling the truth and our witnesses must,” Murray said at the top of Tuesday’s hearing.

Dr. Robert Redfield, head of the Centres for Disease Control and Prevention, Food and Drug Administration commissioner Stephen Hahn, and Brett Giroir, who is leading coronavirus testing at the Department of Health and Human Services, also testified during Tuesday’s hearing.

Senate Minority Leader Chuck Schumer on Monday urged the witnesses to “tell the whole truth” about the crisis and the administration’s response.

“Dr. Fauci is a truth-teller,” Schumer said during an interview on CNN. “That’s his reputation. It seems he has sort of muted the truth some in the presence of the president … He has to tell the whole truth here. The president does not like the truth. He likes a story that helps his own ego on the day he tells it. And that has had severe consequences for this country.”

Many experts outside of government warn the Trump administration is pushing the country to open too quickly and endangering countless lives.

Sen. Lamar Alexander concedes the US government and the world “underestimated” the virus 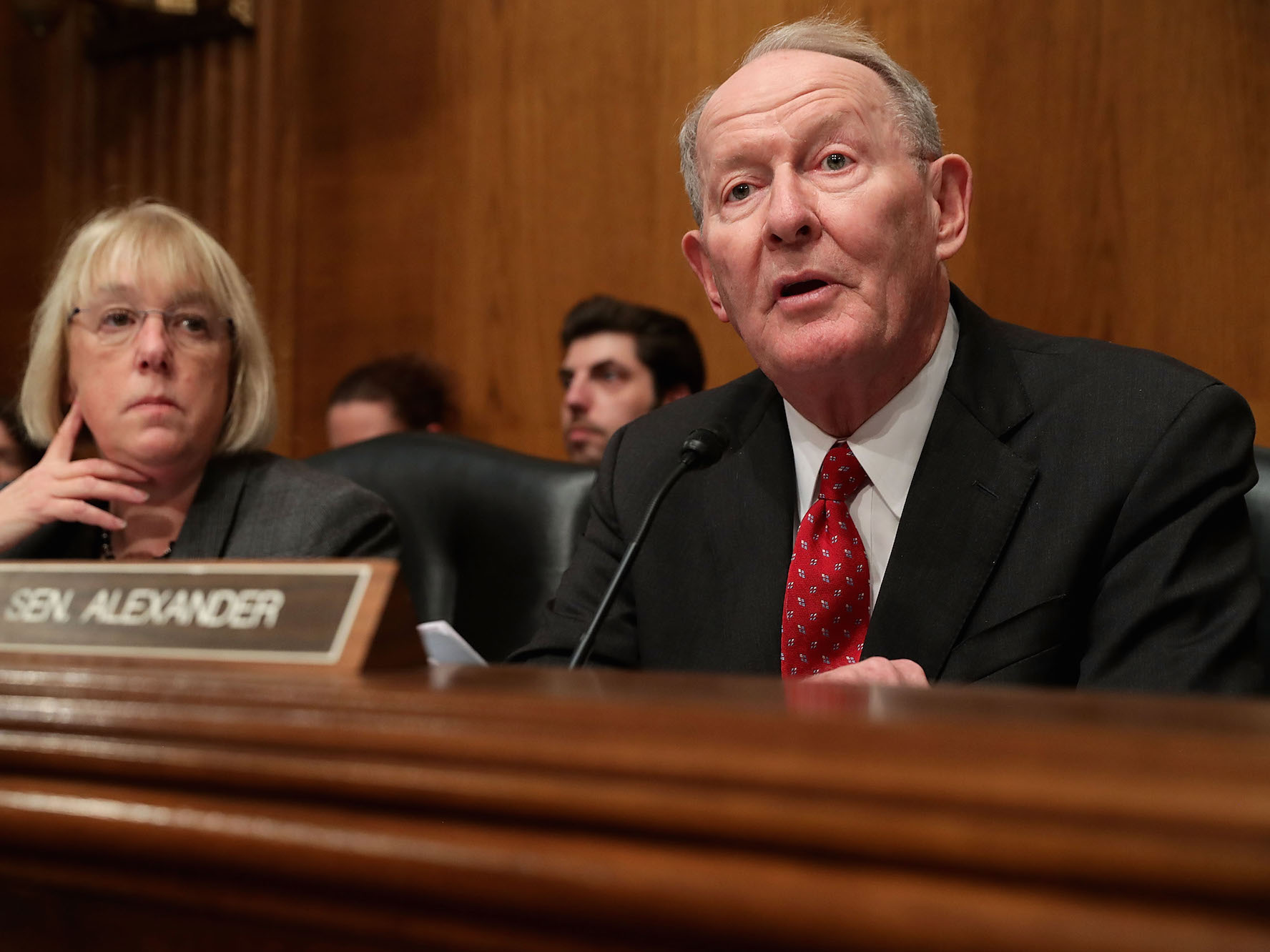 Sen. Lamar Alexander, the top Republican on the Committee, began Tuesday’s hearing by arguing that the US government, like much of the rest of the world, “underestimated” how dangerous the coronavirus was.

“Such an exercise sometimes encourages finger pointing. Who did what wrong?” he said. “Before we spend too much time finger pointing, I would like to suggest that almost all of us – the United States and every country – underestimated this virus. Underestimated how contagious it would be. How it can travel silently without causing symptoms. How it can be especially deadly among certain segments of the population, including the elderly, those with pre-existing conditions, and minority populations.” 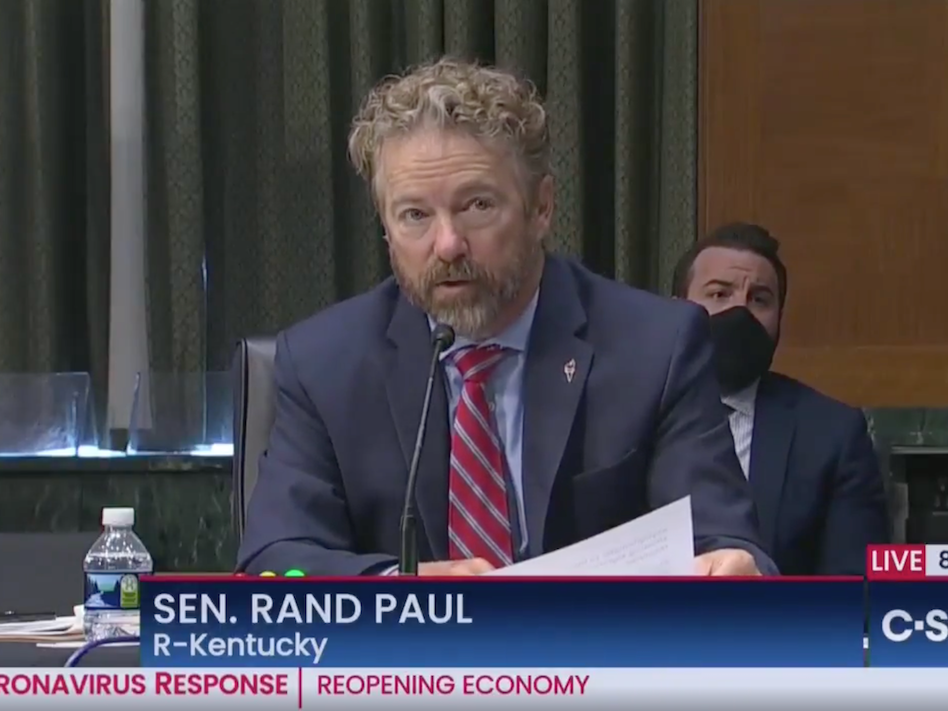 Sen. Rand Paul, a Kentucky Republican, criticised Fauci, arguing he shouldn’t be the “end-all” decision-maker when it comes to the US coronavirus response.

He added that he hopes those “who are predicting doom and gloom” will “admit that they were wrong if there isn’t a surge.”

Fauci pushed back on Paul’s criticism, arguing that he gives advice based on “the best scientific evidence,” rather than economic or social concerns.

“I have never made myself out to be the end-all and only voice of this,” Fauci said. “I’m a scientist, a physician, and a public health official. I give advice according to the best scientific evidence.” 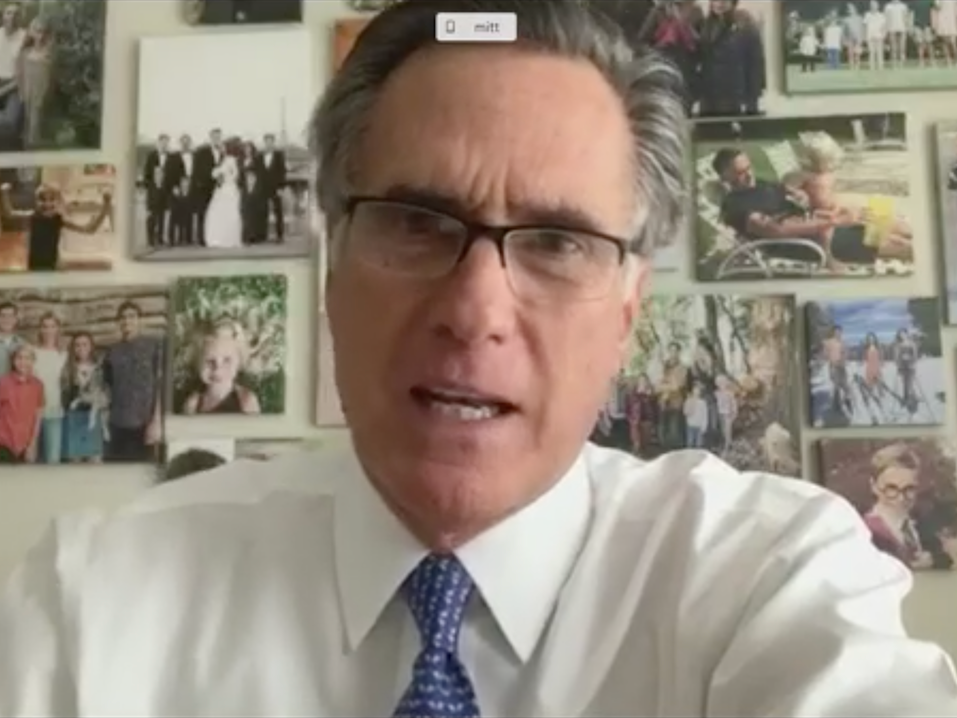 Sen. Mitt Romney, a Utah Republican, forcefully criticised the Trump administration’s response to the coronavirus during a Tuesday Senate hearing and accused a Health and Human Services official of misleading the public about the US’s record with testing for the virus.

Romney pointed to Admiral Brett Girior’s statement – which reflects those made by President Donald Trump – that the US has tested double the number of people that South Korea has. But the assertion that the US’s testing abilities are more robust than South Korea’s makes no sense, given that the Asian nation has a far smaller population, ramped up testing far earlier than the US did, and has had a much more controlled outbreak.

“I understand the politicians are going to frame data in a way that’s most positive politically. Of course, I don’t expect that from admirals,” Romney told Giroir. “But yesterday, you celebrated that we had done more tests and more tests per capita even in South Korea.”

He added, “”I find our testing record nothing to celebrate whatsoever.”

CDC Director Dr. Robert Redfield announces “we are not out of the woods yet.” Dr. Robert Redfield, the director of the Centres for Disease Control and Prevention, announced that the US is “not out of the woods yet,” but that the country is “more prepared” as the coronavirus continues to spread across the country.

Redfield’s statement came just a day after Trump claimed, “we have met the moment, and we have prevailed” over the virus.

Fauci and other government officials agree that the pandemic has not been contained in the US and may well resurge as states begin to loosen social distancing requirements and reopen businesses. 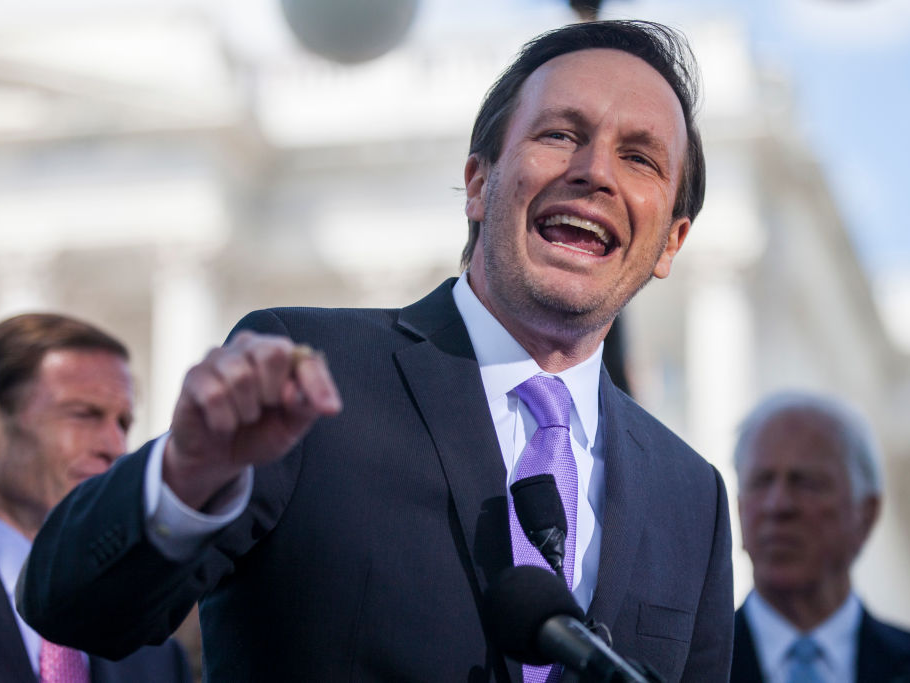 Sen. Chris Murphy, a Connecticut Democrat, pressed CDC Director Robert Redfield for more information about when the government will provide guidance for states on how to safely reopen.

“This is infuriating,” Murphy said. “You say the states shouldn’t open too early, but then you don’t give us the resources to succeed … The guidance you have provided is criminally vague.”

Reports emerged earlier this month that the White House suppressed detailed guidance developed by the CDC and approved by Redfield that would have advised state governments on how to handle reopening.

Redfield wouldn’t say when the guidance will be released, but said it will be “soon.”