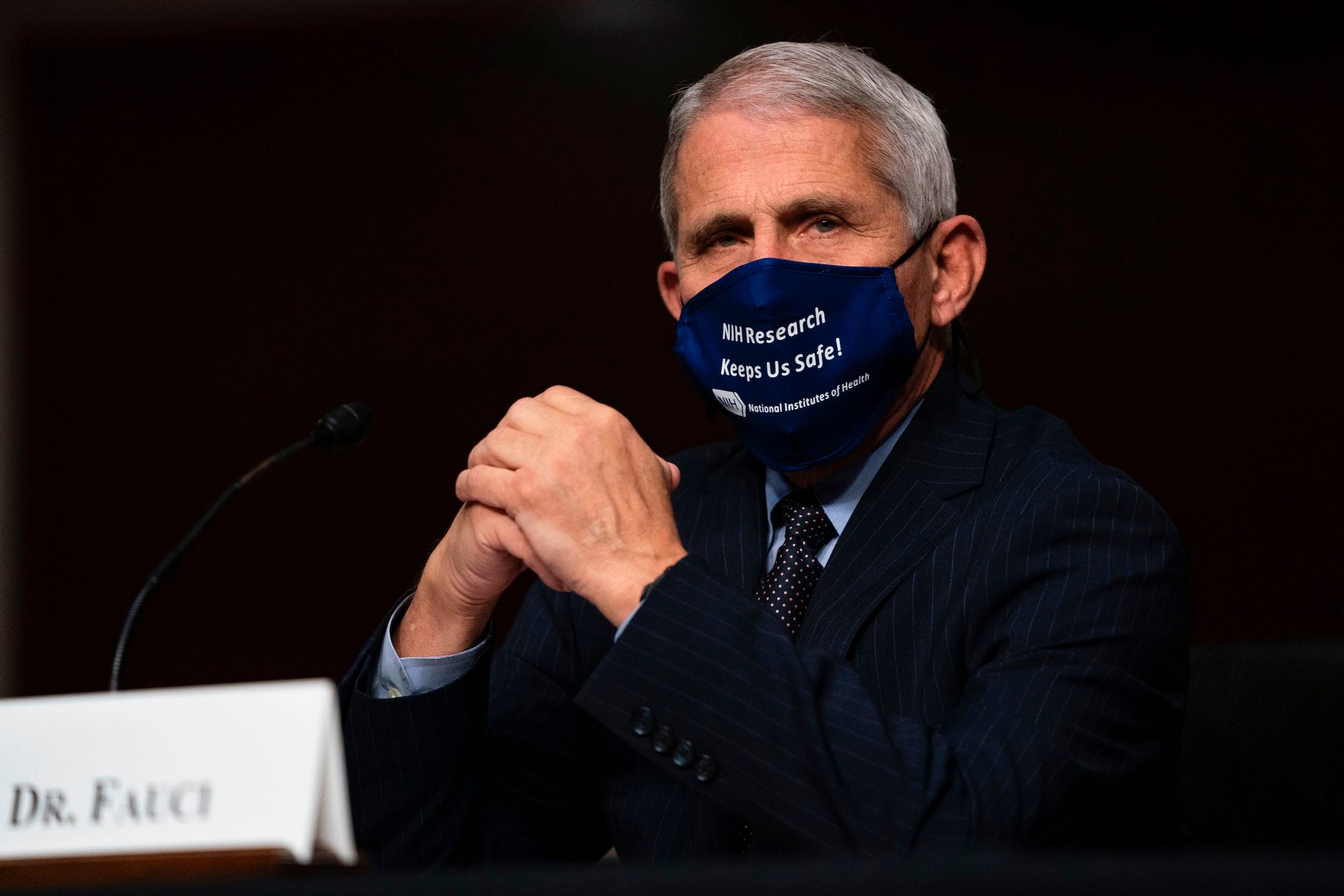 Dr. Anthony Fauci, the nation’s top infectious disease specialist, said Sunday that returning to a “relative normal” is largely contingent on whether the majority of Americans receive a vaccine for the coronavirus.

If most people in the United States get a vaccine in the upcoming months, Fauci said, the country might be able to ease up on safety measures after the first half of 2021.

“If we get the overwhelming majority of people taking the vaccine, and you have on the one hand an effective vaccine [and] on the other hand, a high degree of uptake of the vaccine, we could start getting things back to relative normal as we get into the second and third quarter of the year, where people can start doing things that were too dangerous just months ago,” Fauci said Sunday in an interview on CNN’s “State of the Union.”

It’s unclear when everybody in the country will be able to receive a coronavirus vaccine. Pfizer said it can make and deliver up to 50 million doses for the whole world by year’s end, an amount good for 25 million people.

But generally, most people will likely be vaccinated in 2021, as Business Insider previously reported.

“We have to get the vaccine,” Fauci said, adding that “it has to be deployed and we can’t abandon fundamental public health measures” like wearing a mask or practicing social distancing.

“You can approach a degree of normality while still doing some fundamental public health things that synergize with the vaccine to get us back to normal,” Fauci said.

The number of confirmed coronavirus cases has been spiking in recent weeks across the country. Health officials, including Fauci, are asking Americans to reconsider holiday plans with large groups of people in attendance.

“We have got to hang in there a bit longer,” Fauci said. “Particularly as we get into the holiday seasons and the colder weather.”

Several states have enacted restrictions ahead of the Thanksgiving holiday like barring group gatherings larger than 10 people. Some governors tightened out-of-state travel restrictions, saying those who cross state lines in the next few weeks will be mandated to quarantine.

Nationwide, the coronavirus has infected more than 10.9 million people, according to the latest data compiled by Johns Hopkins University. Of that, more than 245,000 Americans have died from it.