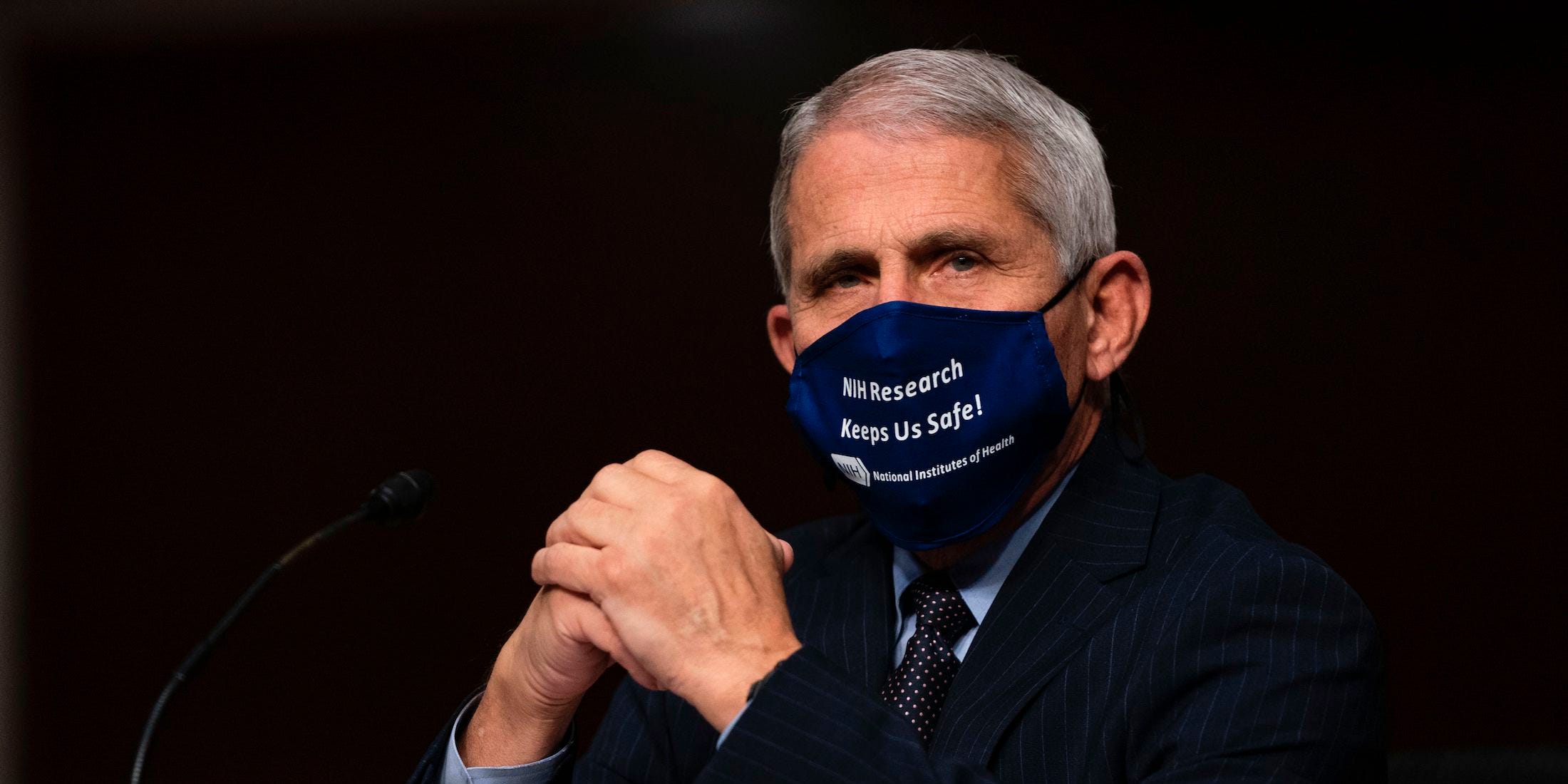 Top US infectious-disease expert Dr. Anthony Fauci has suggested that it might be time for face coverings to be made mandatory.

In an interview with CNN on Friday, Fauci said that the colder fall and winter months will require people to double down on measures that work, including wearing face masks and washing hands.

“Well, if people are not wearing masks, then maybe we should be mandating it,” Fauci said, according to CNN.

“There’s going to be a difficulty enforcing it, but if everyone agrees that this is something that’s important and they mandate it and everybody pulls together and says, you know, we’re going to mandate it but let’s just do it, I think that would be a great idea to have everybody do it uniformly,” he added.

Fauci did not specify whether he was suggesting mask mandates at a national or state level. Some states, including California, Pennsylvania, and Texas, already have mask mandates in place. In states without such requirements, like Arizona and Georgia, some private venues have introduced mask-wearing policies. 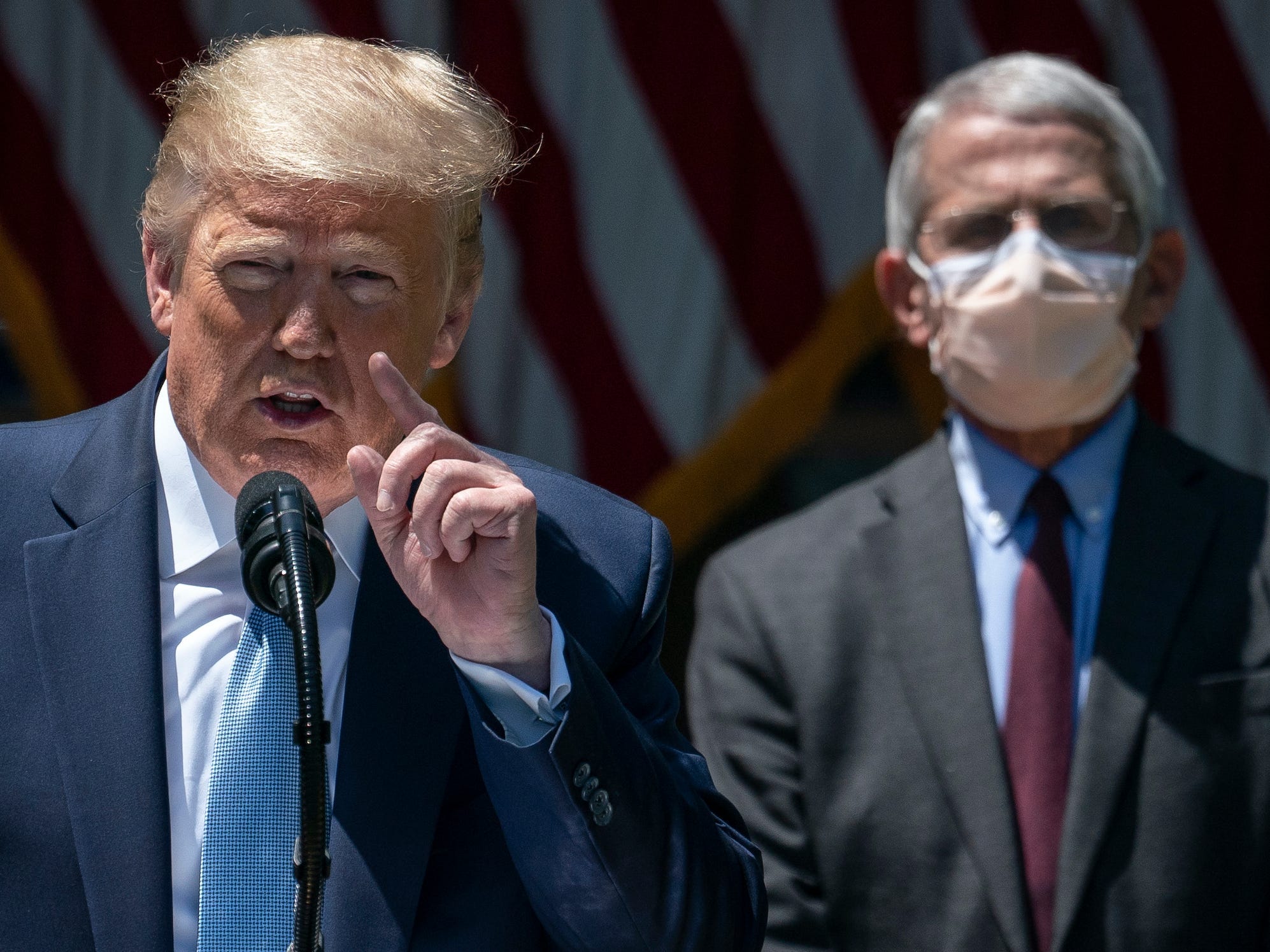 GettyPresident Donald Trump speaking at the White House with Fauci in the background.

His comments come as the US enters its third, and likely deadliest, coronavirus surge.

This week the country reported more than 60,000 daily cases on average â€” a roughly 40% increase since the start of the month.

Though deaths have not yet risen as dramatically, experts predict that this third surge could be the deadliest.

“My worry is that we’re just going to be completely overwhelmed,” Megan Ranney, an emergency-medicine physician at Brown University, previously told Business Insider.

“Even if we do better on a case-by-case basis, I think that the number of deaths that we’re going to experience this fall and winter is going to dwarf what we’ve already been through.”

The country has so far recorded almost 8.5 million COVID-19 cases and more than 223,000 deaths, according to a tracker by Johns Hopkins University.

In a separate interview with MSNBC on Friday, Fauci also gave an update on a potential COVID-19 vaccine.

Though President Trump’s administration has said it aims to have a vaccine ready for the US population by January, Fauci thinks the general public might not get a COVID-19 vaccine until mid-2021.

“The projection I’ve made … is that some time in November or December, most likely the end of November the beginning of December we’ll know that a vaccine is safe and effective and I’m cautiously optimistic that it will be,” he said.

“But if you talk logistically about getting it to the major proportion of the population, that will be obviously several months into 2021.”

He also added that vaccine doses will likely start to be distributed “on a priority basis, for example to healthcare workers and those who are most vulnerable” by the end of this year or the beginning of next year.

In the MSNBC interview, Fauci also confirmed reports that Trump had not attended a coronavirus task force meeting in months. The task force meets about once a week, according to its members. 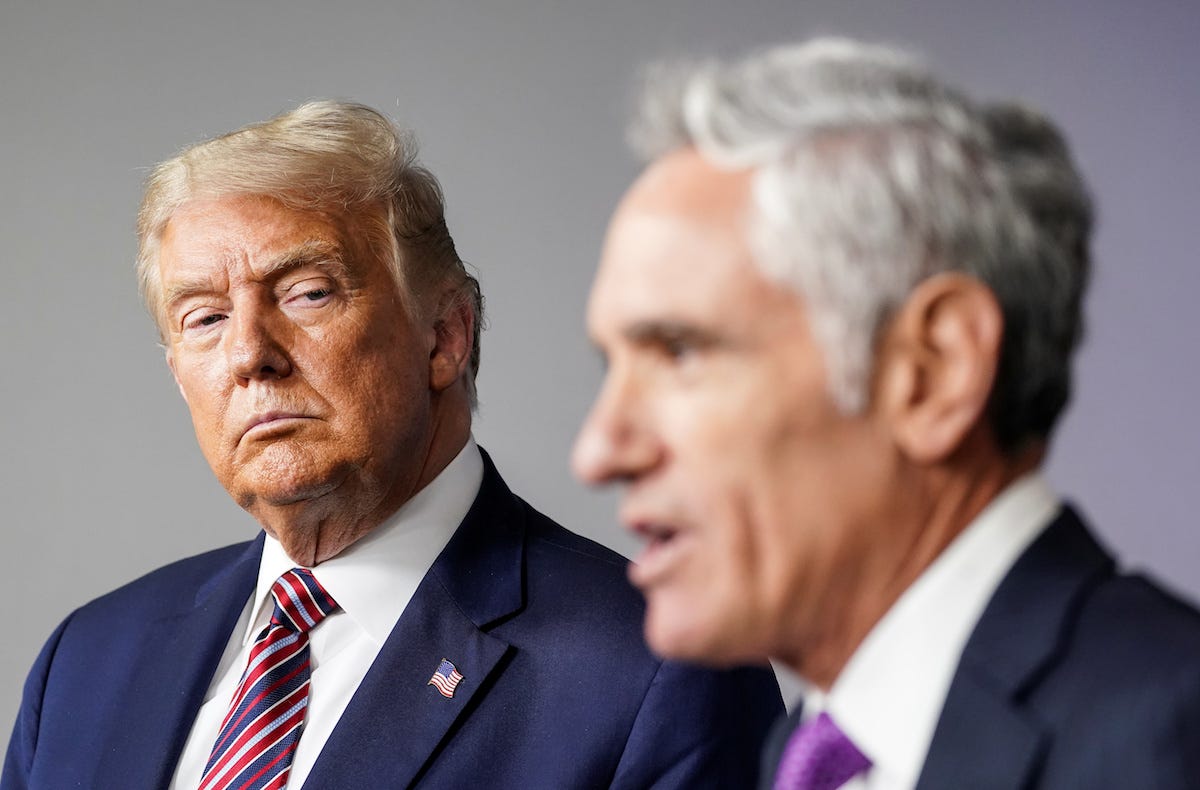 Fauci also said he had not had any direct involvement with the president “in a while” and that newly-appointed White House coronavirus advisor Dr. Scott Atlas has had a lot more contact with him.

“I definitely don’t have his ear as much as Scott Atlas right now,” he said.

Dr. Francis Collins, the director of the National Institutes of Health and task force member, told NPR earlier this week that Trump barely meets them anymore, and only gets updates from Vice President Mike Pence and Atlas instead.

Atlas joined the White House task force in August after becoming a fixture on Fox News, where he advocated against coronavirus lockdowns.

Trump has also been critical of Fauci this week, calling him a “disaster” in a campaign phone call on Monday.

“If I listened to him, we’d have 500,000 deaths,” Trump reportedly said, adding: “People are saying whatever. Just leave us alone.”