'I don't even want to go there': Fauci criticises the White House for trying to discredit him and says he 'can't explain' Trump adviser Peter Navarro 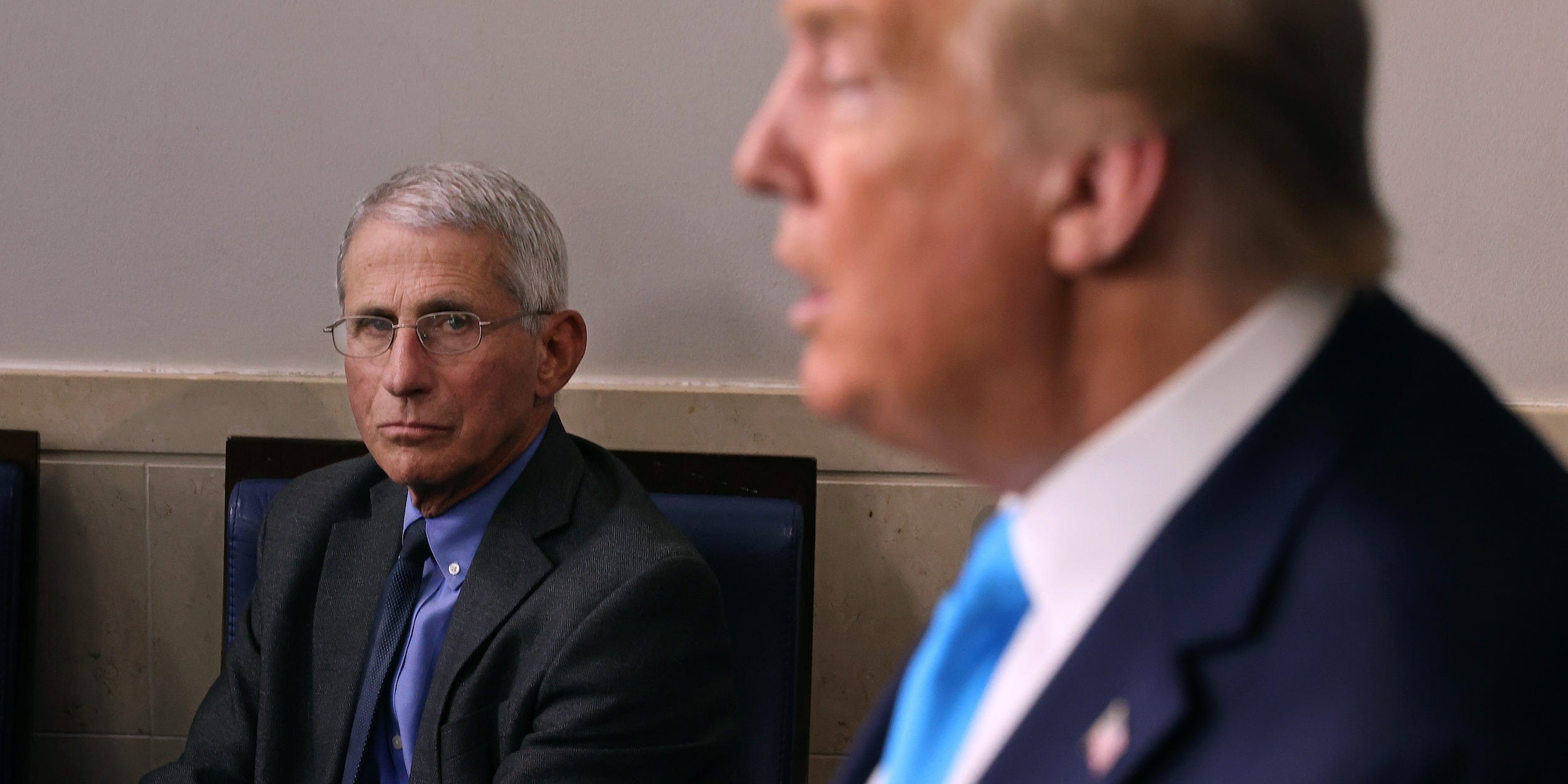 Dr. Anthony Fauci spoke out on Wednesday against the White House’s attempts to discredit him and singled out President Donald Trump’s trade adviser, Peter Navarro.

Fauci called White House aides’ recent efforts to discredit him “a bit bizarre” and said he doesn’t know why the president has refused to be briefed by him for several weeks during an interview with The Atlantic.

Fauci, the nation’s top infectious disease specialist and a member of the White House coronavirus task force, said a list of his alleged mistakes circulated by anonymous White House aides is “nonsense” and “totally wrong.”

“I think if you talk to reasonable people in the White House, they realise that was a major mistake on their part, because it doesn’t do anything but reflect poorly on them,” he told The Atlantic of the list. “And I don’t think that was their intention. I cannot figure out in my wildest dreams why they would want to do that.”

Fauci argued the politicization of the pandemic response “distracts from what I hope would be the common effort of getting this thing under control, rather than this back-and-forth distraction, which just doesn’t make any sense.”

He also went on to criticise Navarro, who has repeatedly questioned Fauci’s credibility and wrote a controversial Tuesday op-ed in USA Today accusing Fauci of having “been wrong about everything I have interacted with him on.”

“When you ask me whether I listen to Dr. Fauci’s advice, my answer is: only with scepticism and caution,” Navarro wrote.

“I can’t explain [him]. He’s in a world by himself. So I don’t even want to go there,” Fauci said of Navarro.

The White House said Wednesday morning that it didn’t sign off on Navarro’s op-ed and that he violated protocol by publishing it. Trump also criticised his trade adviser, telling reporters that Navarro “made a statement representing himself. He shouldn’t be doing that.”

The president added that he has “a very good relationship with Dr. Fauci.”

Mark Meadows, the White House chief of staff, also slammed Navarro, telling reporters on Wednesday, “Peter Navarro’s statement or op-ed, or whatever you want to classify it as, was an independent action that was a violation of well-established protocols that was not supported overtly or covertly by anybody in the West Wing.”

But an anonymous administration official told the LA Times on Wednesday that the president encouraged Navarro to write his op-ed undermining Fauci.

On Wednesday, Fauci was also asked about a meeting he had Monday with Meadows.

He said he told Meadows that circulating the list of talking points “was not particularly a good thing to do” and that ultimately, doing so “hurts the president.”

“When the staff lets out something like that and the entire scientific and press community push back on it, it ultimately hurts the president,” Fauci told The Atlantic.

The anonymous White House statement accused Fauci of not taking the coronavirus outbreak seriously enough early on and attacked him for releasing inaccurate information about asymptomatic transmission. It also accused him of shifting stances on lockdown measures and giving conflicting advice to the public.

But as The Washington Post and public health experts noted, the White House’s list omitted critical portions of Fauci’s comments, during which he emphasised that he was drawing conclusions based on the best available information at the time. He also said that the outlook could dramatically shift down the road as more information about the outbreak emerged.

Fauci told The Atlantic that Meadows offered “no apology” for the list and “said that he didn’t know about it.”