Dr. Anthony Fauci, the top US infectious-disease expert, who serves on the White House coronavirus task force, says he and his family have been assigned personal security after receiving “serious threats.”

Speaking on CNN’s “The Axe Files” podcast, Fauci said the threats were of a different magnitude from those he received while working on the federal government’s response to the HIV/AIDS pandemic in the 1980s and 1990s.

“I’ve seen a side of society that I guess is understandable, but it’s a little bit disturbing,” he said. “Back in the days of HIV when I was being criticised with some hate mail, it was, you know, people calling me a gay-lover and ‘What the hell are you wasting a lot of time on that?'”

“I mean, things that you would just push aside as stupid people saying stupid things,” Fauci said.

But the criticism this year is “really a magnitude different now, because of the anger,” he said.

“As much as people inappropriately, I think, make me somewhat of a hero – and I’m not a hero, I’m just doing my job – there are people who get really angry at thinking I’m interfering with their life because I’m pushing a public-health agenda,” he continued.

He said he received “not only hate mail but also serious threats.” He continued: “It’s not good. I don’t see how society does that. It’s tough. Serious threats against me, against my family … my daughters, my wife – I mean, really? Is this the United States of America?”

He said the threats had caused him and his family to be assigned personal security. 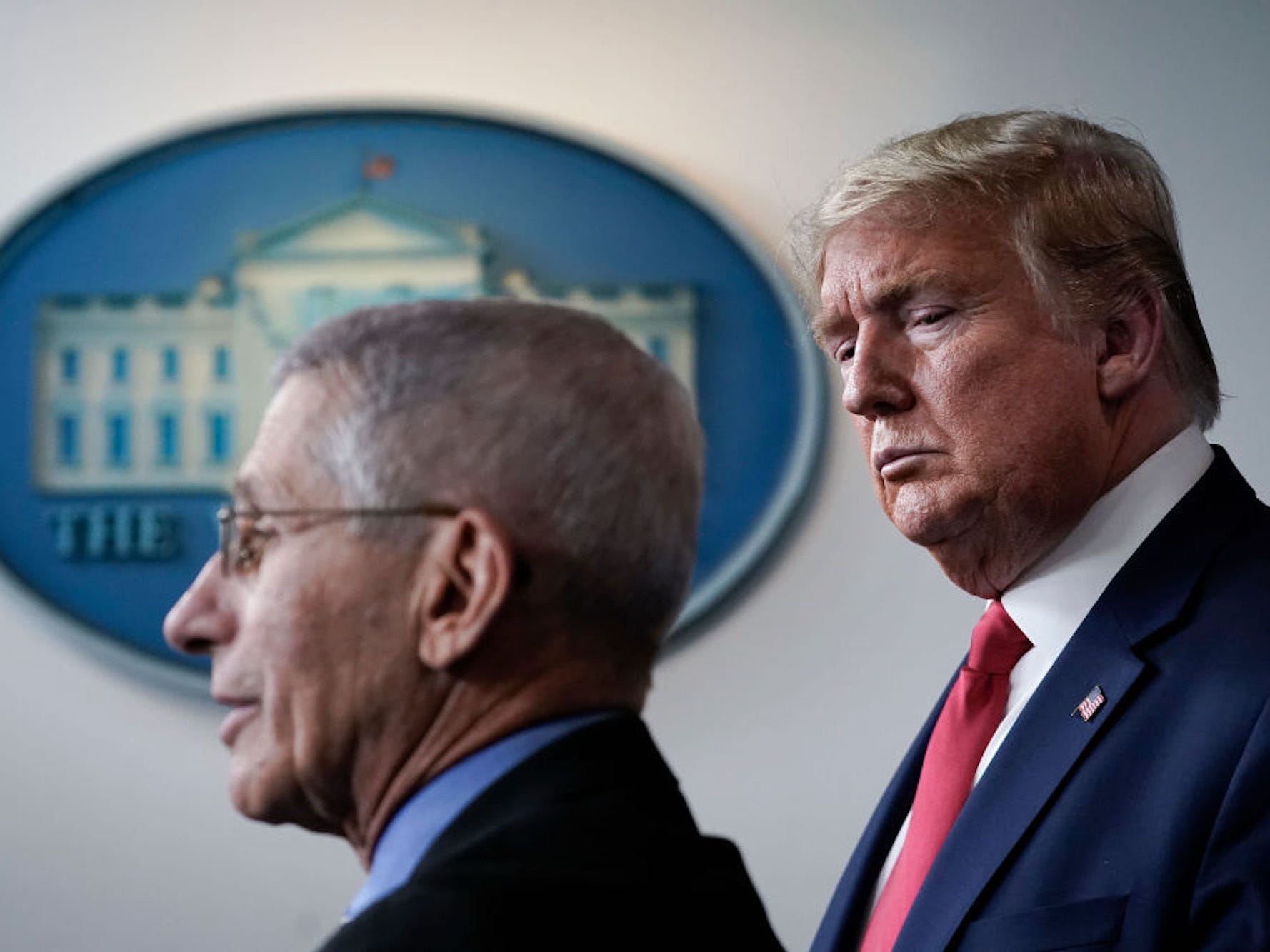 Fauci was once a mainstay of the White House’s coronavirus press briefings, where his measured assessments of the crisis helped him poll as one of the most trusted public-health officials in the US and even be hailed as a hero in some quarters.

But as measures designed to slow the virus – such as mask-wearing and lockdowns – have become points of partisan conflict, Fauci has also come under attack.

A rift has opened between him and President Donald Trump, who for months refused to wear a mask in public and who urged states to reopen early in an effort to restart the economy.

Earlier this month, a White House official distributed a list of mistakes it said Fauci had made in an apparent bid to undermine him, as his message on COVID-19’s existing dangers and increasing infection rates clashed with Trump’s more upbeat assessment.

Fauci has also been targeted by followers of the far-right QAnon movement, who claim, groundlessly, that a “deep state” of partisan bureaucrats is seeking to end Trump’s presidency and exploit the pandemic to seize power.

Earlier this week he told The New York Times that he had received emails and texts from people “that are pretty hostile about what I’m doing, as if I’m encroaching upon their individual liberties.”

In response to the attacks and rumours about him, Fauci said: “I suppose what this reflects is the divisiveness of our society at a political level. I mean, this is a public-health issue, the fundamental principles of public health, and I don’t see how people can have animosity to that.”

He said that he could understand that lockdowns had negative consequences as well and that it was “why we’re all trying to open up America again in a way that’s safe, so we can do it in a measured fashion.”

“But the hostility to public-health issues is difficult not only to understand, but difficult to process,” he added.